Well, it seems EVERY day in August has a day to celebrate food, according to the Interwebs. I have no idea who decides what day is going to be a “national” celebration (probably the manufacturers or growers of said celebratory food item), but here are some of your choices:

Those 4 right there are a good way to start out the month, doncha think?

Can’t forget the libations for those amongst us who libate!

And just so you know, August 8th is INTERNATIONAL Cat

Day, while August 26th is just an ordinary National Dog

Day. And as we all know, cats rule, dogs drool.

So which of those national celebrations will you be enjoying this month?

That’s quite a list! Here are the ones I most amused about:

National Sneak Some Zucchini Onto Your Neighbor’s Porch Day (hahahaha)

National Eat Outside Day (of course, find the hottest month for this!)

Thanks, Linda. I was waiting for it.

Such is life. And it only gets such-er and such-er.

Tonight I made Creole creamed red beans (canned, to which I added the Trinity, and very good!), real Andouille, bay leaf-scented converted rice, and kale salad with herb vinaigrette (made by DH). Kale this time of year is too chewy, bleh. 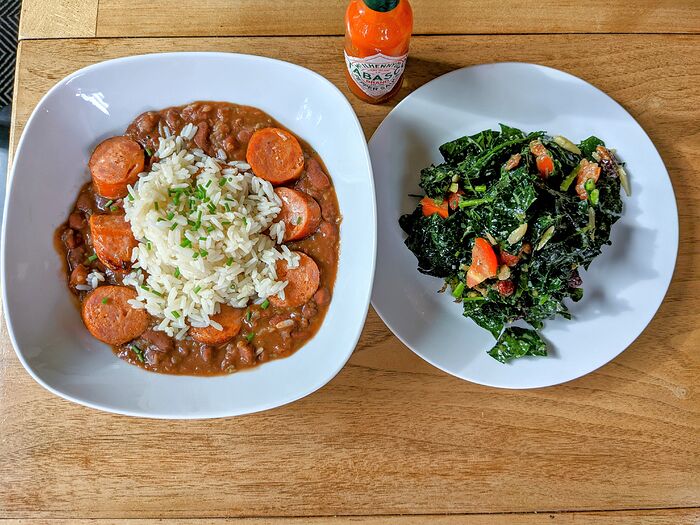 Another plate of fabulous pappardelle with chanterelles, mâche with vine tomatoes & diced fried up bacon in a garlicky vinaigrette (so garlicky, in fact, I worry our cab driver out to the airport hotel might throw us out halfway

Twas delicious, tho. Sad to leave. 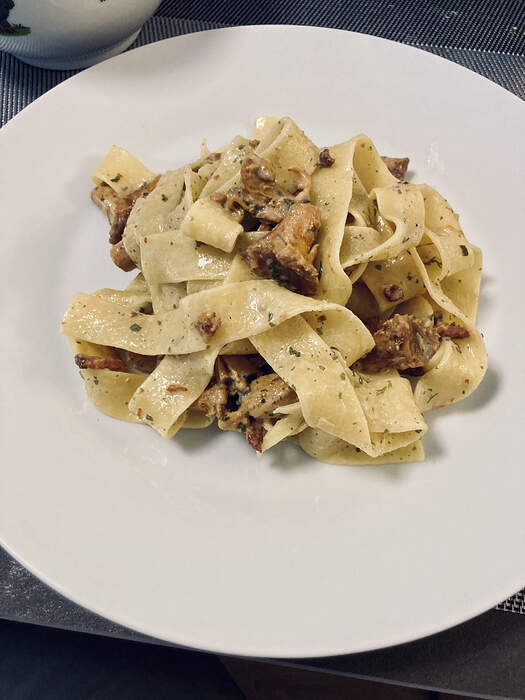 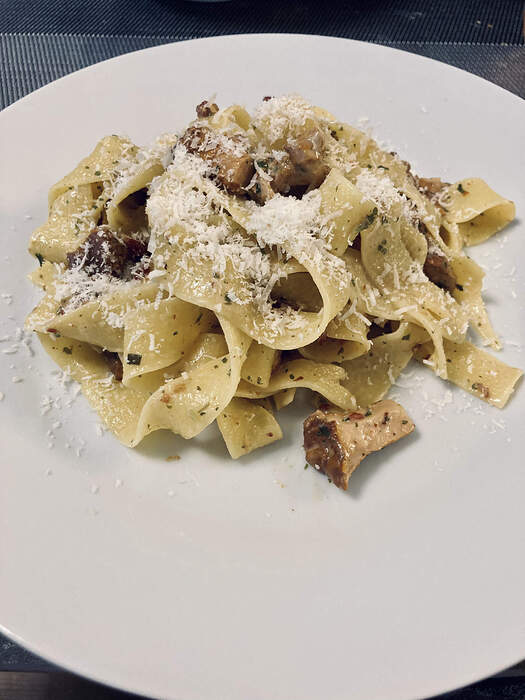 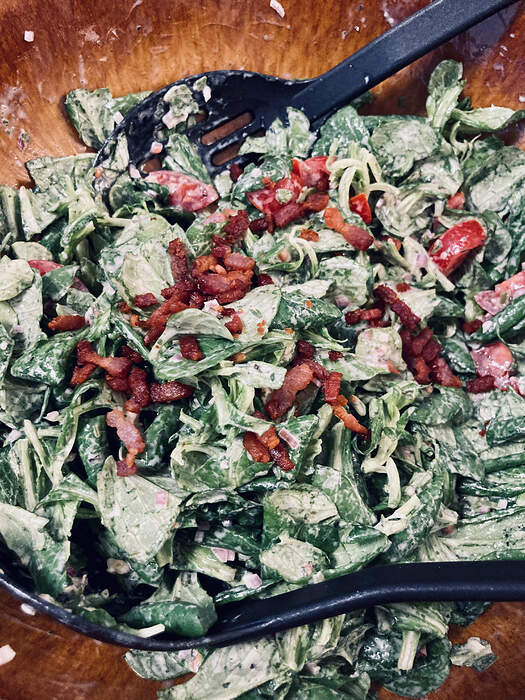 August 20th is National Bacoon Lovers Day?!? Oooo I am going to live for this day!

Tonight’s dinner was a basa fillet poached in a spicy tomato sauce with a risotto on the side. Next time I will have to add some veggies to the risotto to add more colour to the plate. 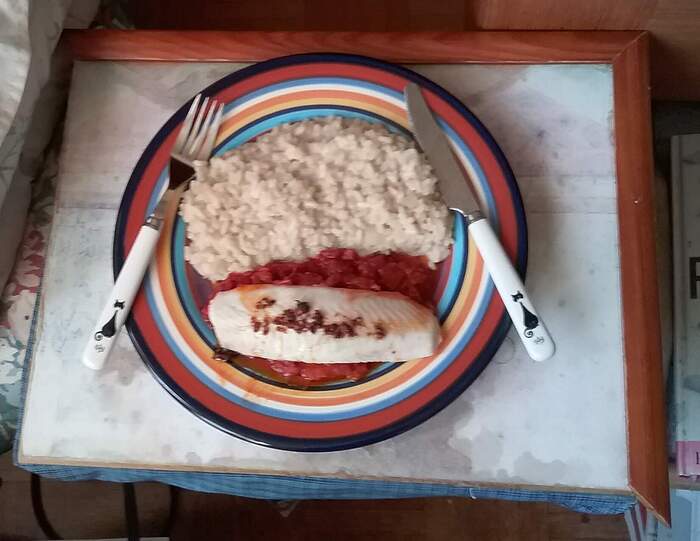 BF made a mezze platter tonight, with his own falafel, keftes, hummus, and tzatziki, and store bought pita and stuffed grape leaves. green salad on the side. Still pretending it’s a bit warmer here than it is. There were actual raindrops today in SF! Like, 3, but we got 'em. Dinner tonight is Fish and Mixed Vegetable stir-fry from The Woks of Life. They use tilapia in their recipe; I used pollock. Fish came out beautifully! Enough leftovers for lunch tomorrow, too. 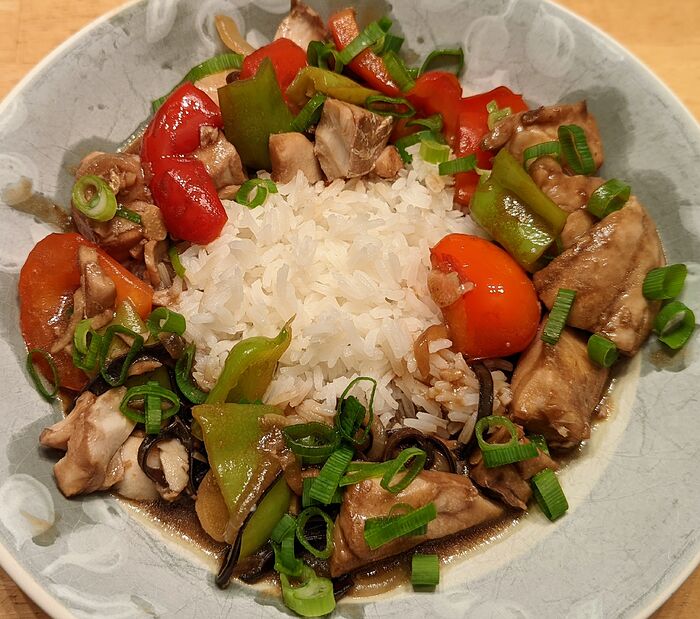 Spiced lamb meatballs with homemade pita wraps. Cuke and onion salad from the garden (no tomatoes yet). Homemade humus and tzatziki. Olives and feta.

Any other time of the year I would add parsley to the meatballs for some color and freshness. Being August, I added grated and wrung zucchini instead. 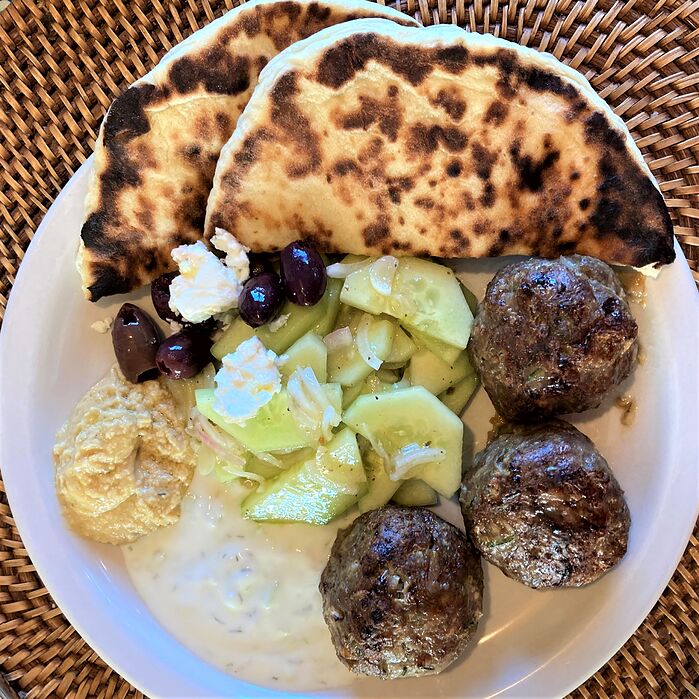 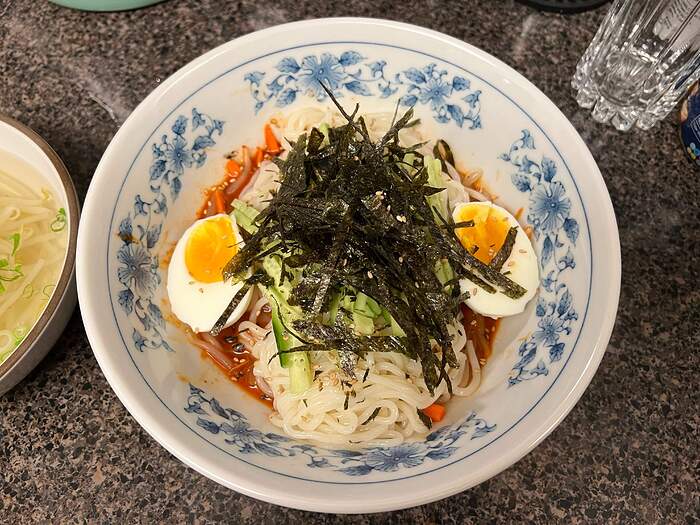 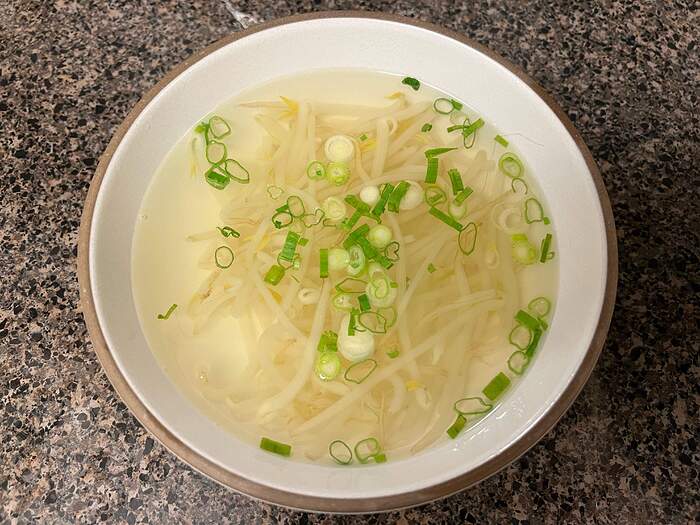 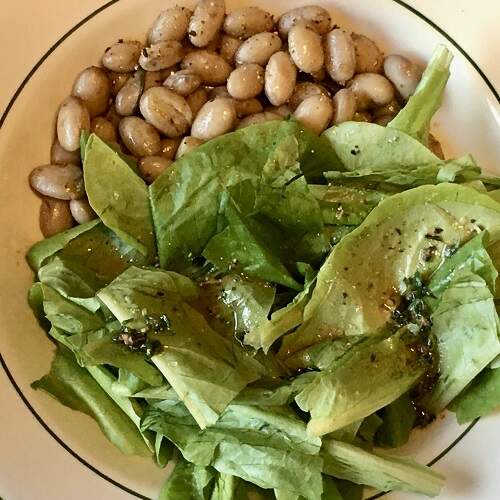 And waaaaaay too much scallop ceviche. Which I ate all of, so there. 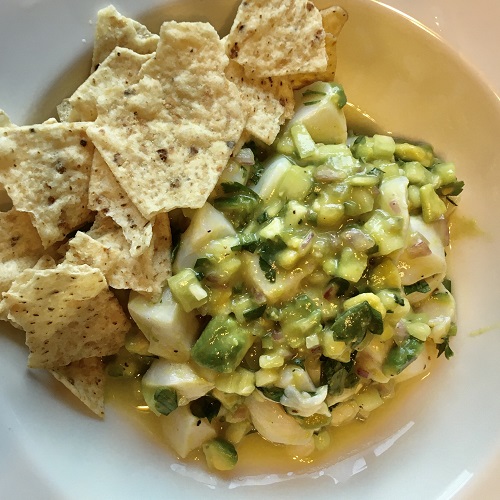 No picture. Last night sauteed a thin pork chop, roasted a frozen mix of broccoli, butternut squash, onion, Brussels sprouts, zucchini, & onion, and made some garlic spaghetti, Was so made at myself because slightly overcooked the pork chop.

Let no one call me a slacker when it comes to food.