Every time I see one of these kits, I think - I wish they had done all the chopping for me!

I’d like the next gen (tv show prepped) version of these kits - everything chopped, multi step things taken halfway (brown the meat already - I don’t need to feel that “action”

Oh thanks! I felt like Goldilocks - These aren’t brown enough. These are too brown. These are too oily. One of their tips is to add Nuoc Mau (caramel sauce) to the rice paper dipping water to promote browning. If I find a jar of it I’ll do it, but too many steps already to make it from scratch on this one.

I definitely went through a meal kit phase, but tbh, I ended up using the ingredients in my own way most of the time - more like a CSA than following their recipes. 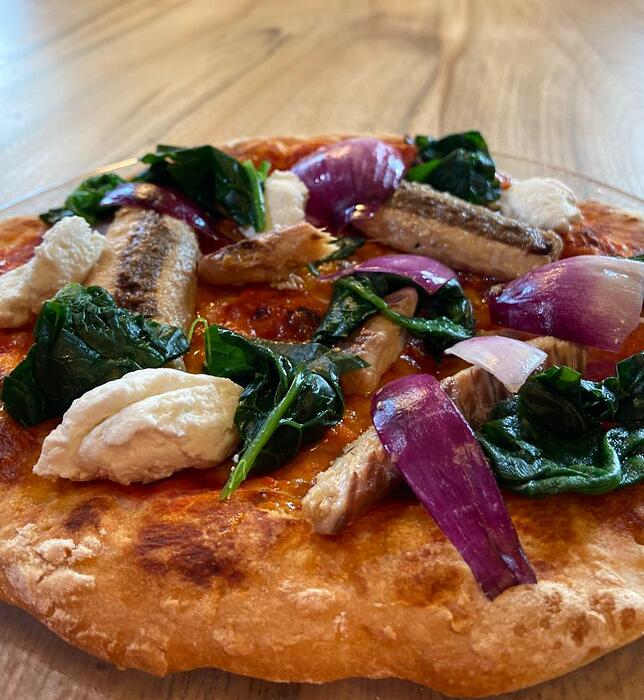 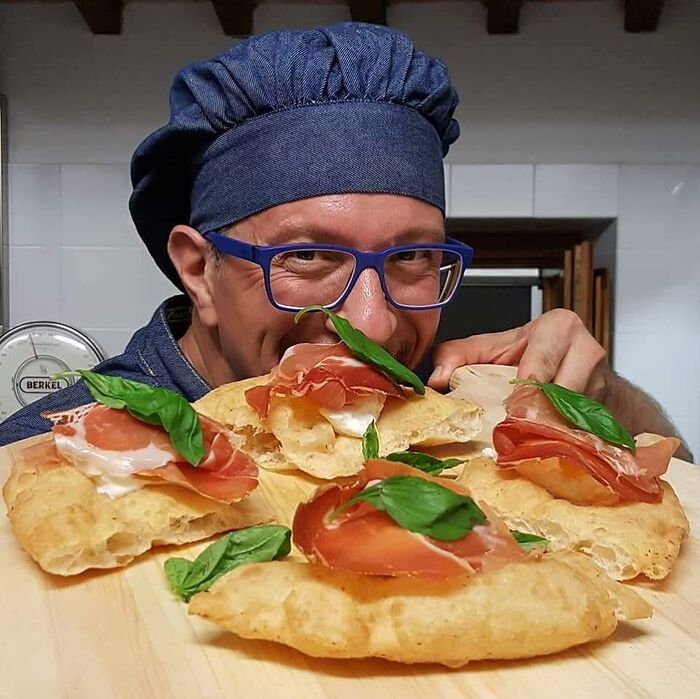 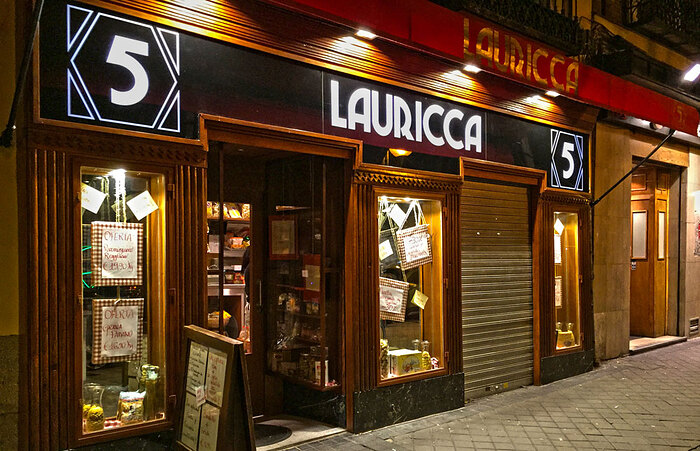 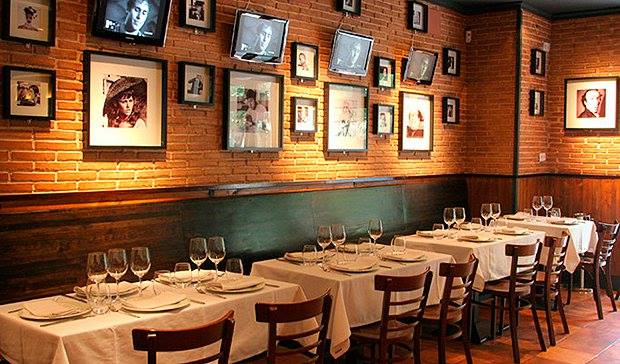 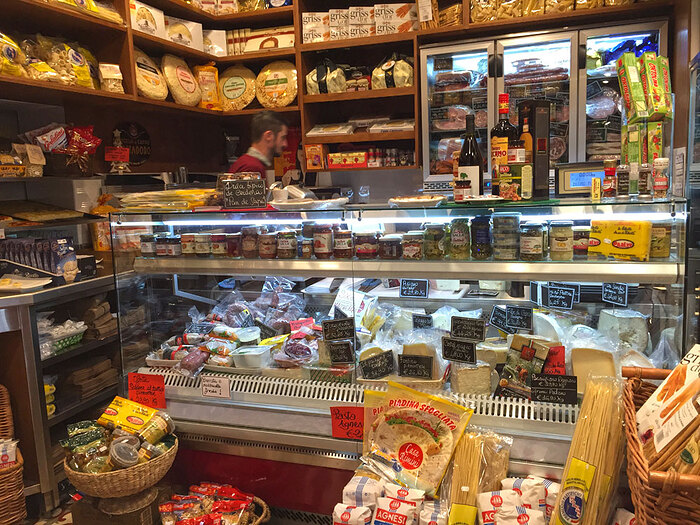 I didn’t follow any sort of recipe but would be happy to give you a high level run down.

I browned some ground beef in my soup pot and took it out when “just” done. I drained out some of the fat but left some to quickly sauté my sliced cabbage. I threw in a couple of cloves of garlic, a dash or dried ginger, a large can of diced tomatoes, the juice from a large lemon, about 2 tablespoons brown sugar, and 1/2 a can of tomato paste I found in the fridge. I added some leftover homemade vegetable broth and then added boxed chicken broth until I had what looked like a good solid to liquid ratio.

I let it all simmer until the cabbage was a little more than al dente. Since I’ve had to cut back on my salt use I added lots of black pepper, the juice of another half of a lemon, and a bit of honey as the soup was a little flat. I think next time I may add a dash of pomegranate molasses.

Mr Bean grew up with this flavor profile. I had some rice leftover so he threw that into his bowl. I don’t usually cook rice in my soups as I think it gets too mushy.

A few recent dinners, starting with Easter. Bone-in ham with a spicy tangerine chile glaze, classic potato salad and asparagus. The DD’s weren’t here, so ham won out, albeit grudgingly by H. (I like the leftovers for soup and cooking projects.) It was good though! The potato salad was like a giant delicious deviled egg with potatoes. Yum.
Moving on, a regrettably lurid looking dinner - blackberry glazed wild salmon with yellow & zucchini squashes, mushrooms and shallots. Tasted good. Finally, a quick pasta dinner - Rao’s, shrimp and shrooms over thin spaghetti with browned butter and mizithra, veggies. 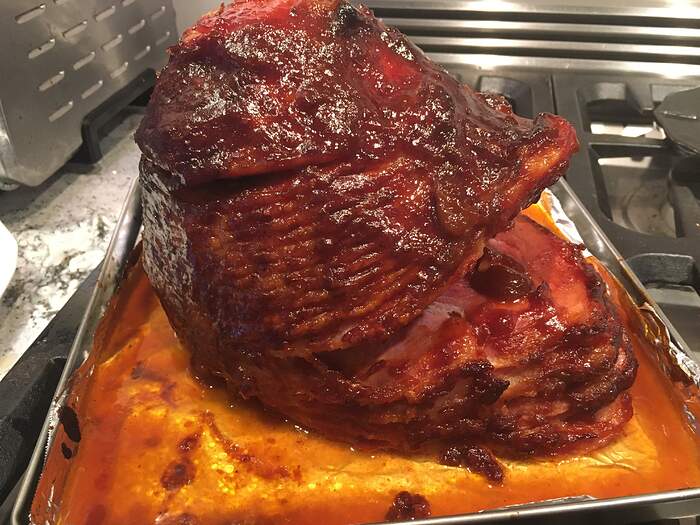 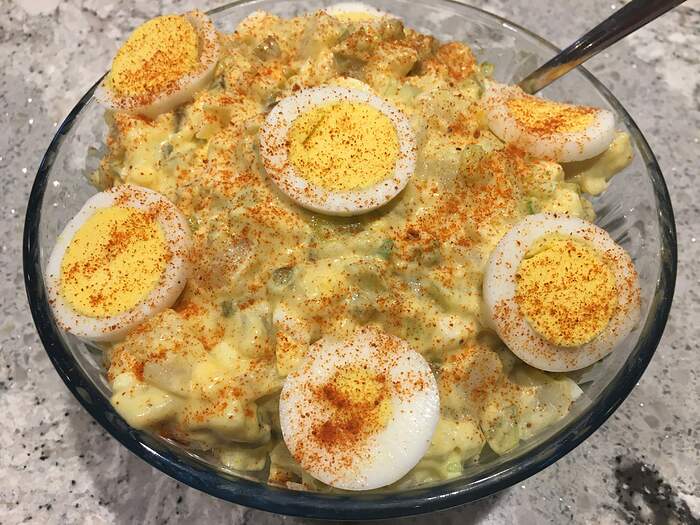 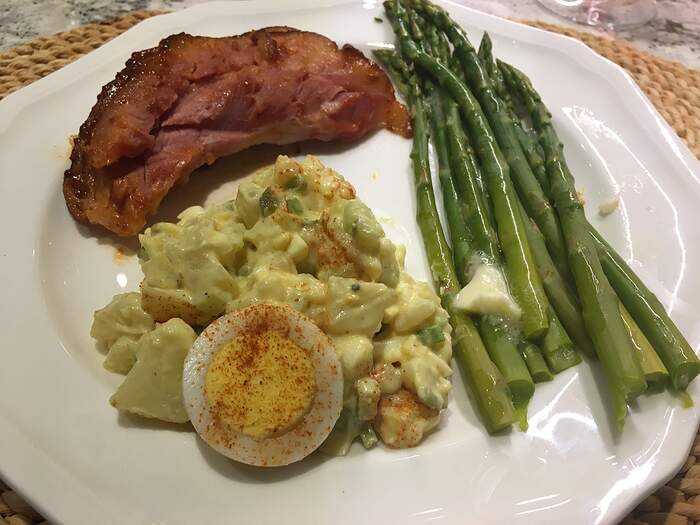 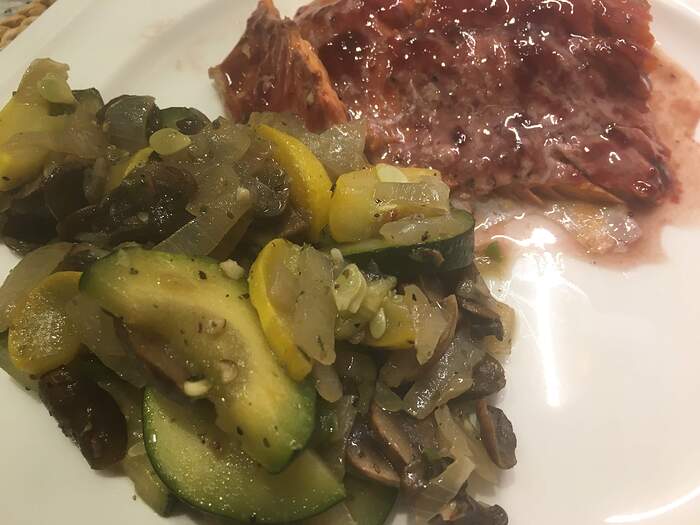 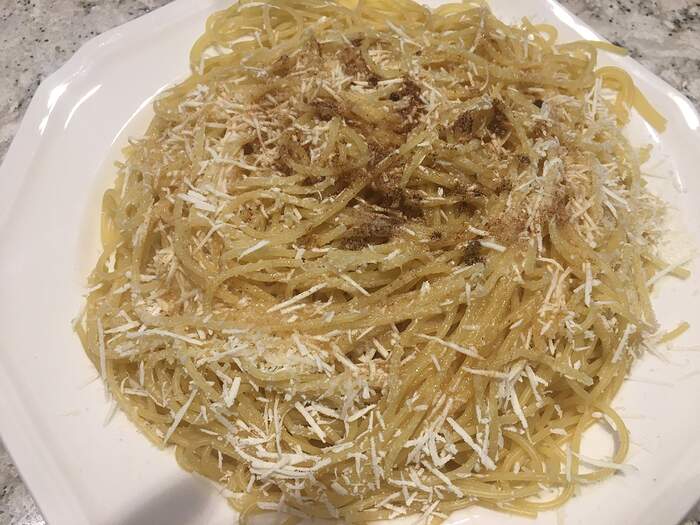 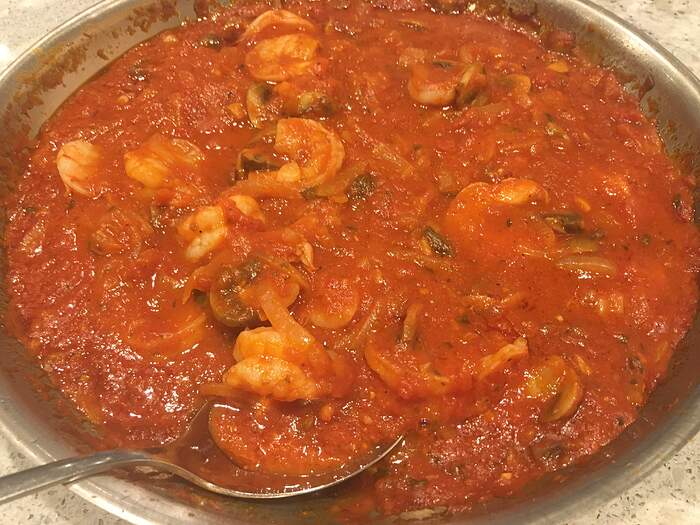 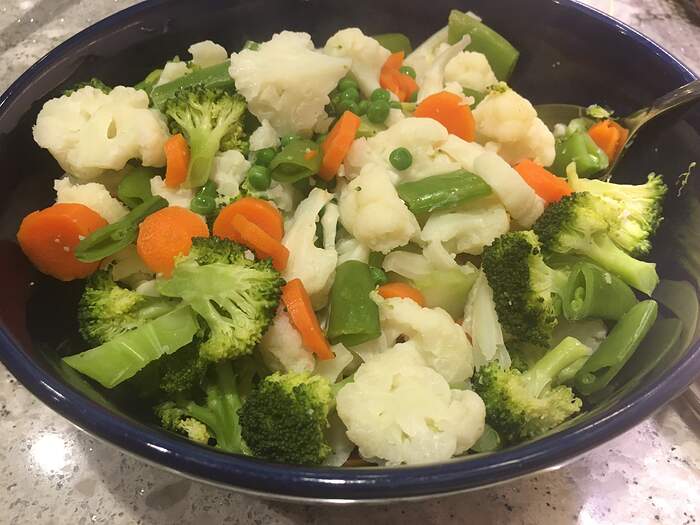 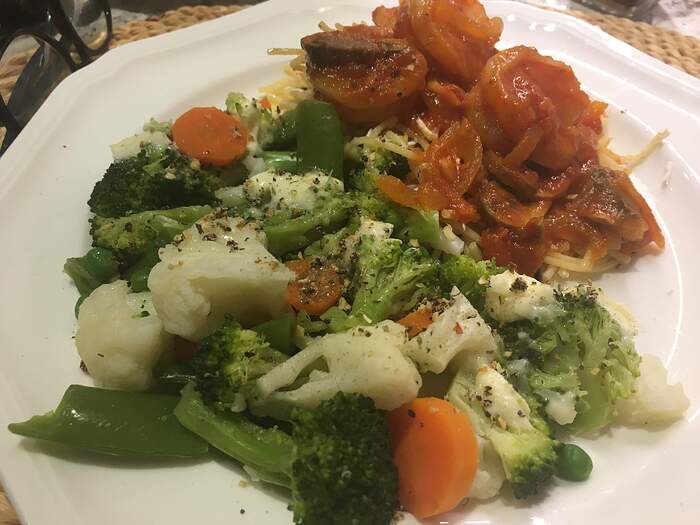 Good looking chicken and cha gio! Those rice wrappers sure are sticky.

Thanks! Very sticky. I shook the pan immediately after dropping them in to prevent sticking to the bottom too much and tried hard not to let them touch each other.

Tonight I made Laila el-Haddad’s Fogaiyya from Gaza Kitchen (very similar to this one), a Swiss chard, dried chickpea, and beef stew with lots of lemon. Adapted for the IP, natch. This is a great book that has never steered me wrong. 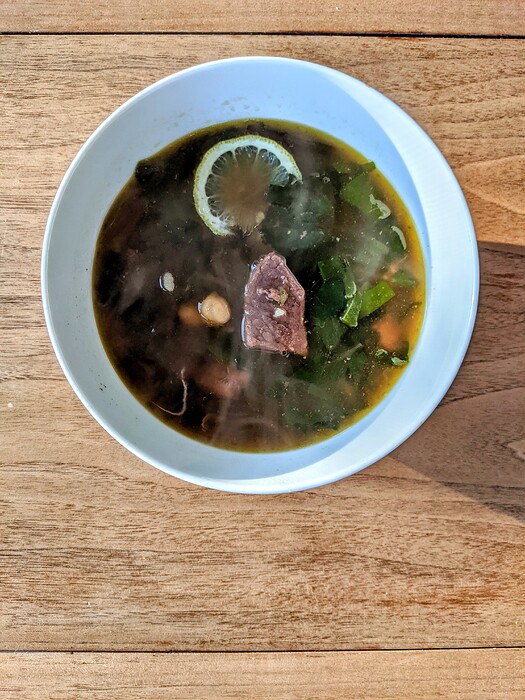 We both had our second COVID vaccine and are a bit under the weather. Will post Easter camping meals soon.

File this under What’s a Day Off?

Spent most of today working on our relatively humble back patio. Weeding, new rocks and mulch…and more than one trip to Lowe’s (we’ll do planting in a few weeks). I had my weekly hockey game yesterday and woke up today pain-free. How that changed after crawling around for three hours!

Celebrated with the BF’s homemade Amish lemonade which I quickly spiked with Jack Daniel’s. 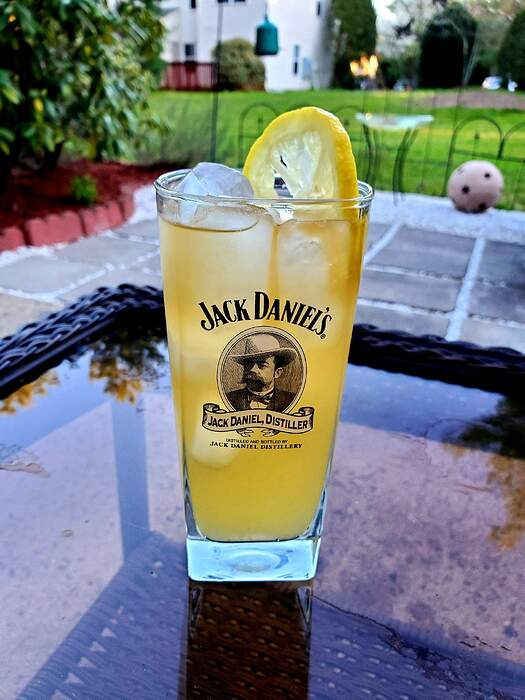 As for dinner, did we cook? HELL NO. Pizza and wings it was!

Here’s more by el-Haddad about food in Gaza, and the full recipe: https://archive.aramcoworld.com/issue/201106/gaza.s.food.heritage.htm

you did a fantastic job, looks like, they look perfect! 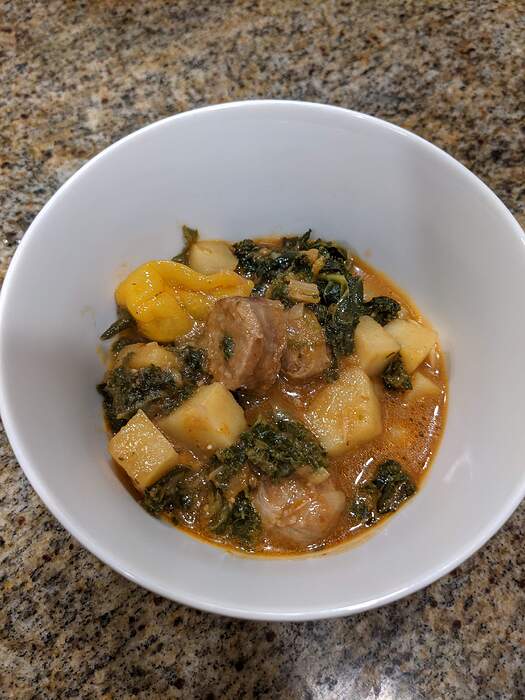 This time I added my latest Turkish delights, including “Absinnian salt”, and an array of choice Turkish olive oils. 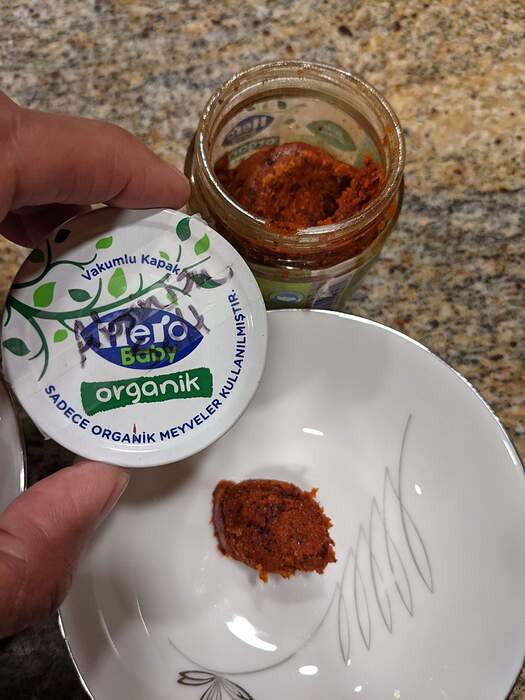 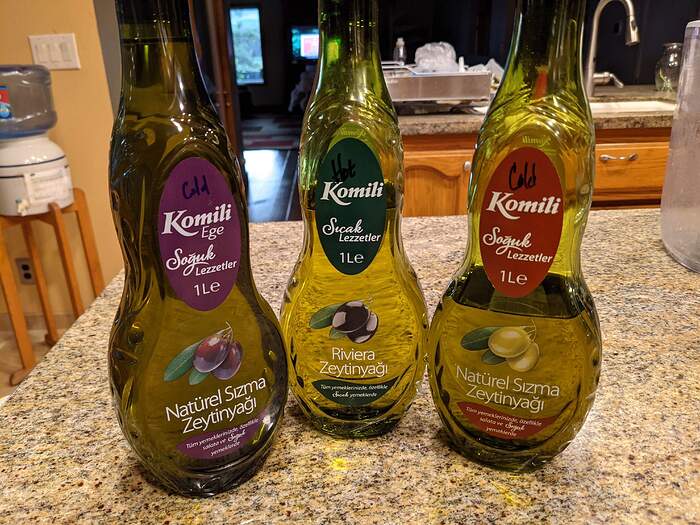 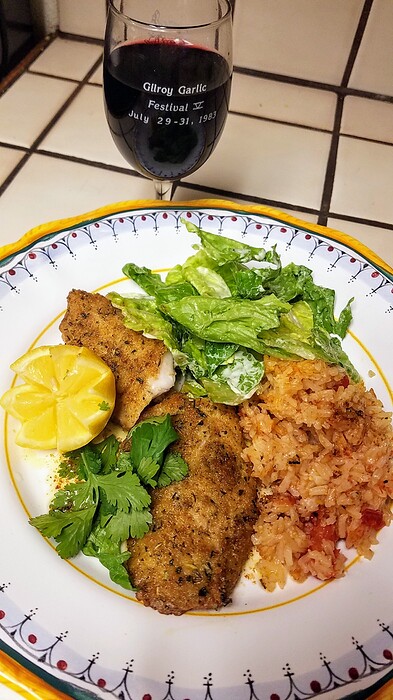 My old sauce standby which is predominantly beer.

Where does the sauce go?

Oh yum! I’m going to do this next week! Thank you for the deets. Like you, I’m leaving the rice out.

I look froward to reading all about it!