Never boring quick meals is what I Enjoy about your whole approach.

Aw, thanks! That makes me feel good. 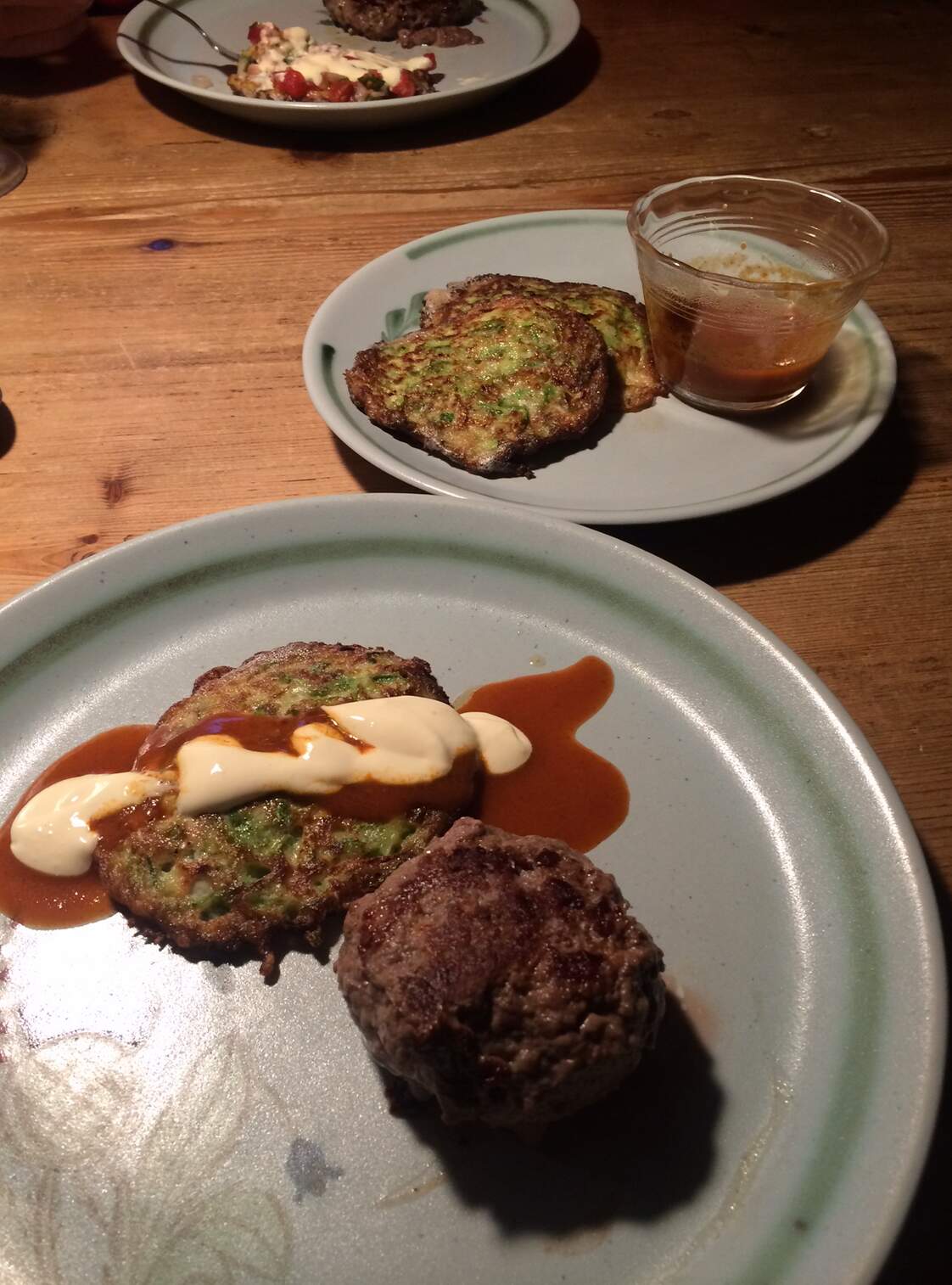 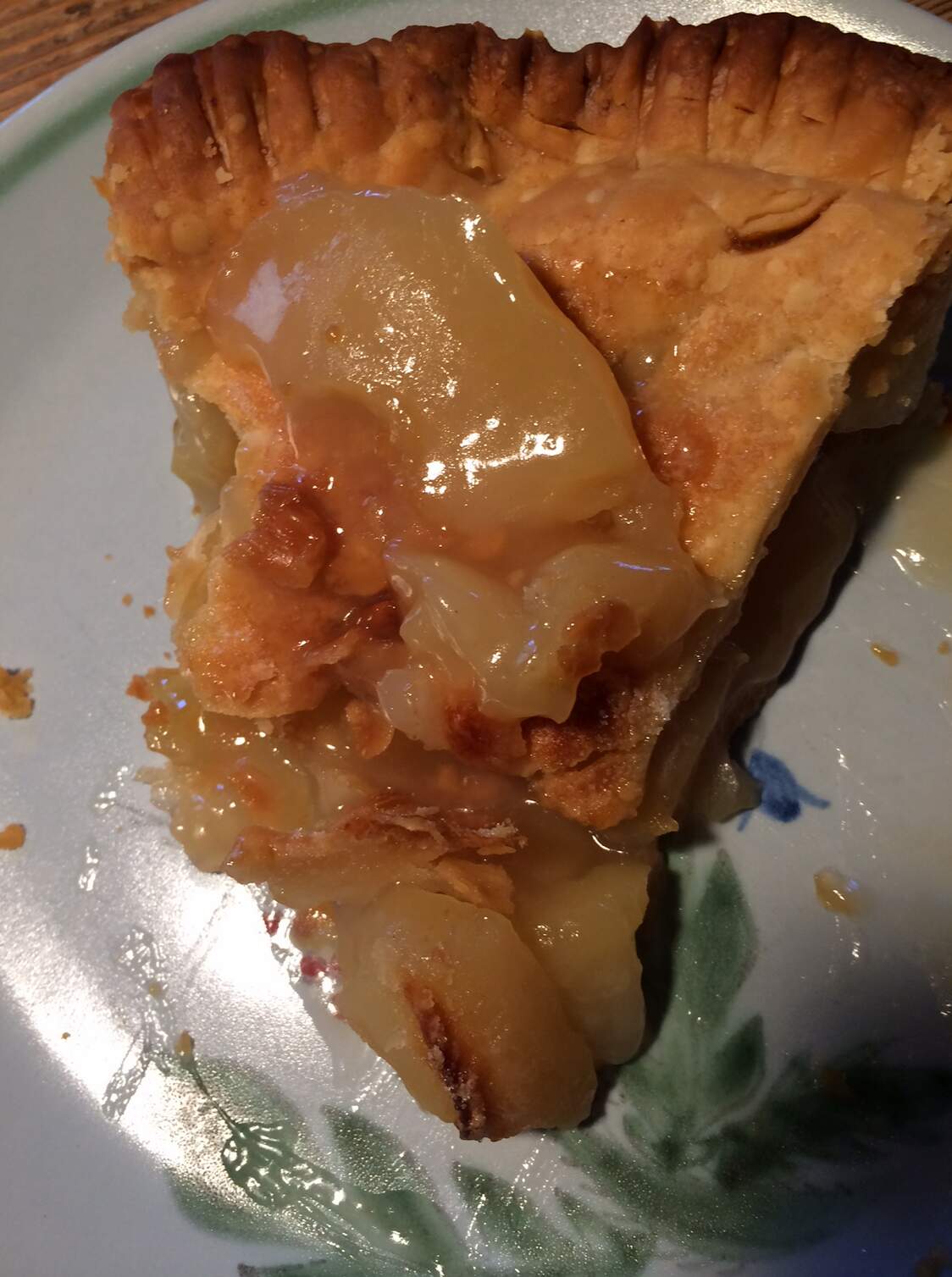 I was going to say the same thing! 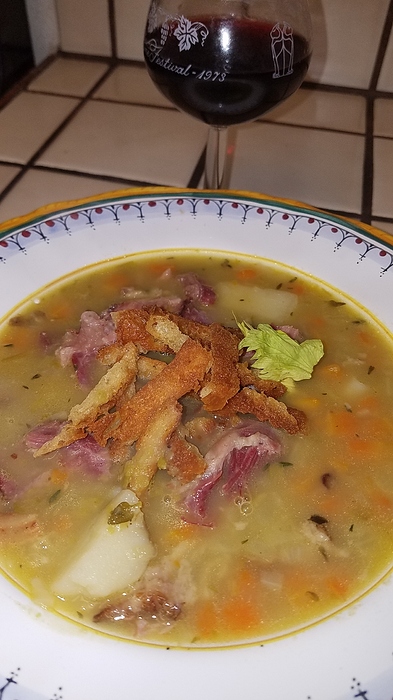 I’ll need to think! The next gen of HO!

For a short while, I was trying to decide between spring onion and cipollini (both cleverly suggested by fellow HOs) when referring to my kid. I went with spring onion. You can have cipollini if you want it.

I tried to adapt Alison Roman’s coconut chickpea stew to my new slow cooker, which I bought at a deep discount last month at our local soon-to-close Williams-Sonoma store. I wanted to do slow cooker since I usually cook my beans from dried. I soaked my chickpeas overnight, sauteed all the aromatics on the stove and then added everything to the cooker. It just didn’t taste right mid-way through the cooking process. So I added more coconut milk (I had only added 1/2 the prescribed amount) and then finally a can of Rotel fire-roasted tomatoes. Served over red rice/farro mix. I dunno, it just wasn’t the flavor bomb I was hoping for but I will try again because I know it’s a dish that B and I would really enjoy.

I also attempted homemade pita, a la Smitten Kitchen to accompany the stew. I started the dough the same morning (rather than going overnight) but I thought 6 hours in the fridge followed by 1 hour or so at room temp would suffice. I don’t know what went wrong, but they didn’t really puff up and they had the consistency of underdone pizza dough. Spring onion liked them, though, so I wasn’t unhappy. Coincidentally, a friend who is an accomplished home baker, attempted sourdough pita 2 nights ago and she reported to me that hers turned out remarkably like mine. Must be something in the Boston water.

@emglow101 Totally off-topic, but we are considering a trip to Lassen Volcanic Natl Park this year and I thought of you. We have friends near North San Juan. And I want to check out the pizza joint that you’ve mentioned here before.

I know exactly how you feel about that stew (and the bread “flop”). I made black dal again yesterday which is a whole story by itself. I made it maybe 2 months ago and couldn’t for the life of me find the recipe I used last time. It is like it was scrubbed from my browsing history somehow! GAH! I made one that sounded similar but it is missing something and I’m sad. I am trying to remind myself that this dal is better than no dal at all…

I have had so many bread failures, I can’t even count. Sourdough is my nemesis these days.

I learned a trick from a friend - in order to get them to puff you need to bake them directly on a rack. A cookie sheet won’t do it, generally

Interesting I didn’t know that. I know there is some animosity between the two

I learned a trick from a friend - in order to get them to puff you need to bake them directly on a rack. A cookie sheet won’t do it, generally

Thanks for the tip. I used a very hot pizza stone and even spritzed with water as smitten kitchen suggests. I still have leftover dough which has been rising in the fridge so I’ll give it another try tonight. I’ll do it directly on the rack.

I love fly fishing Manzanita lake in lassen park . Definitely check out The Garden Tap in Mt Shasta for pizza . Opens again in the spring.

You might also try baking on preheated cast iron or steel. Metal is a much better conductor of heat than stone and should give you the initial blast of heat that will quickly set the exterior and create steam to puff from within.

Back to the Roots is running a 30% off sale now if anyone is interested in their kits.

Definitely check out The Garden Tap in Mt Shasta for pizza . Opens again in the spring.

Yes - That’s the place! Thanks

I doctored the chickpea stew with fish sauce and harissa and it was better. And while I didn’t put the pita dough directly on the rack (the dough is too loosey-goosy for that) the pita was a bit better. Maybe due to longer rising, more liberal water spritzing while baking (but still not puffy). 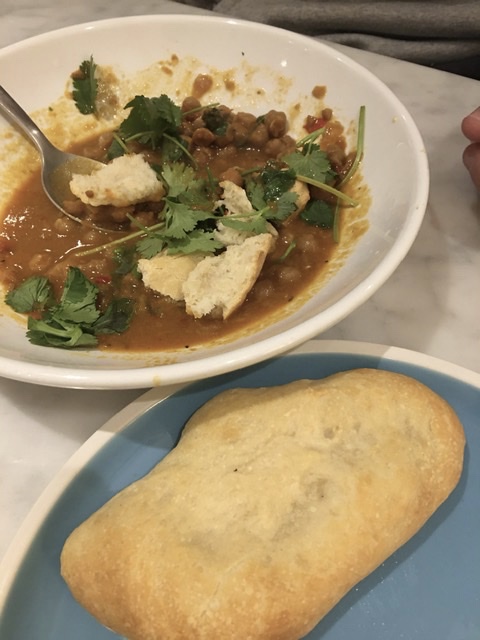 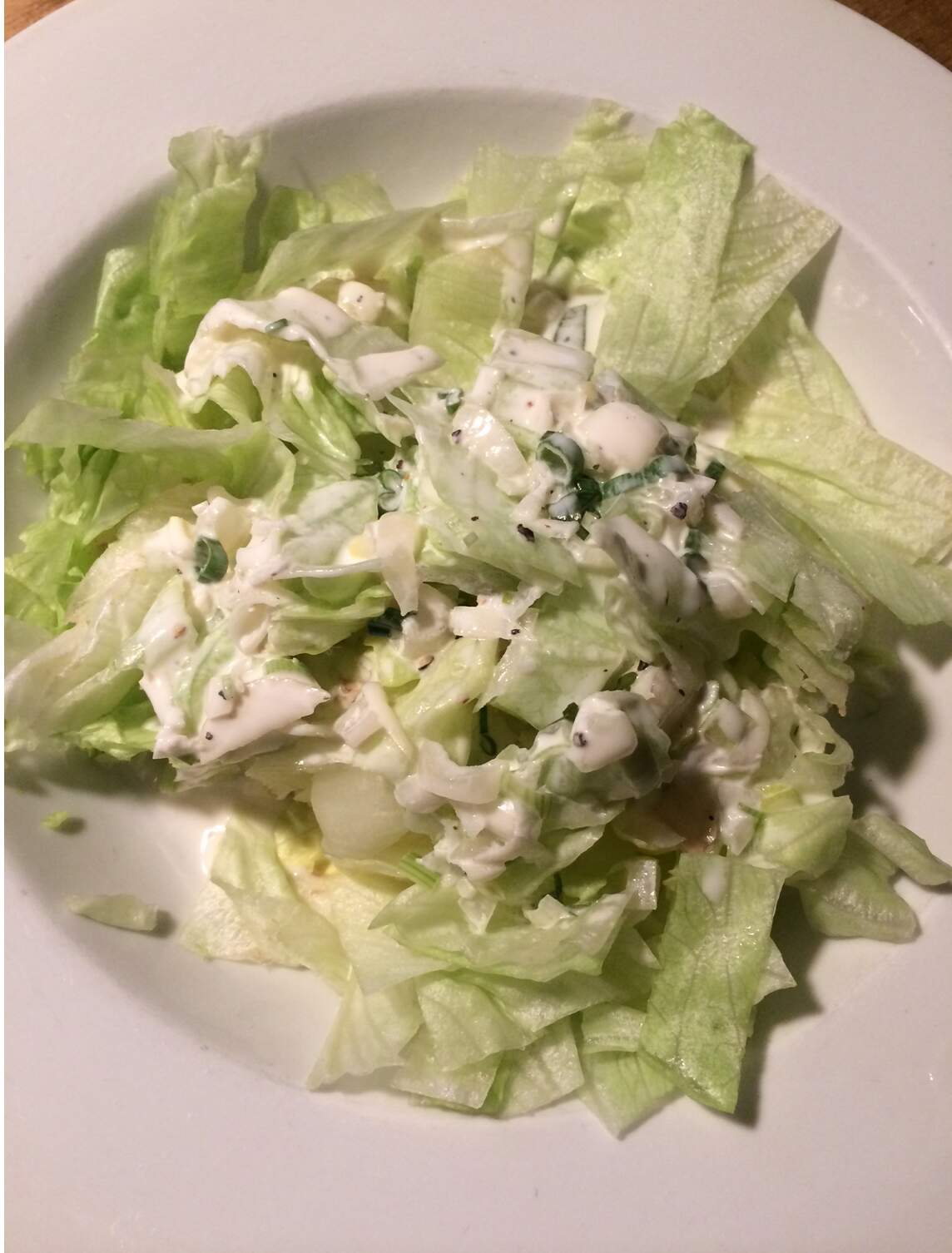 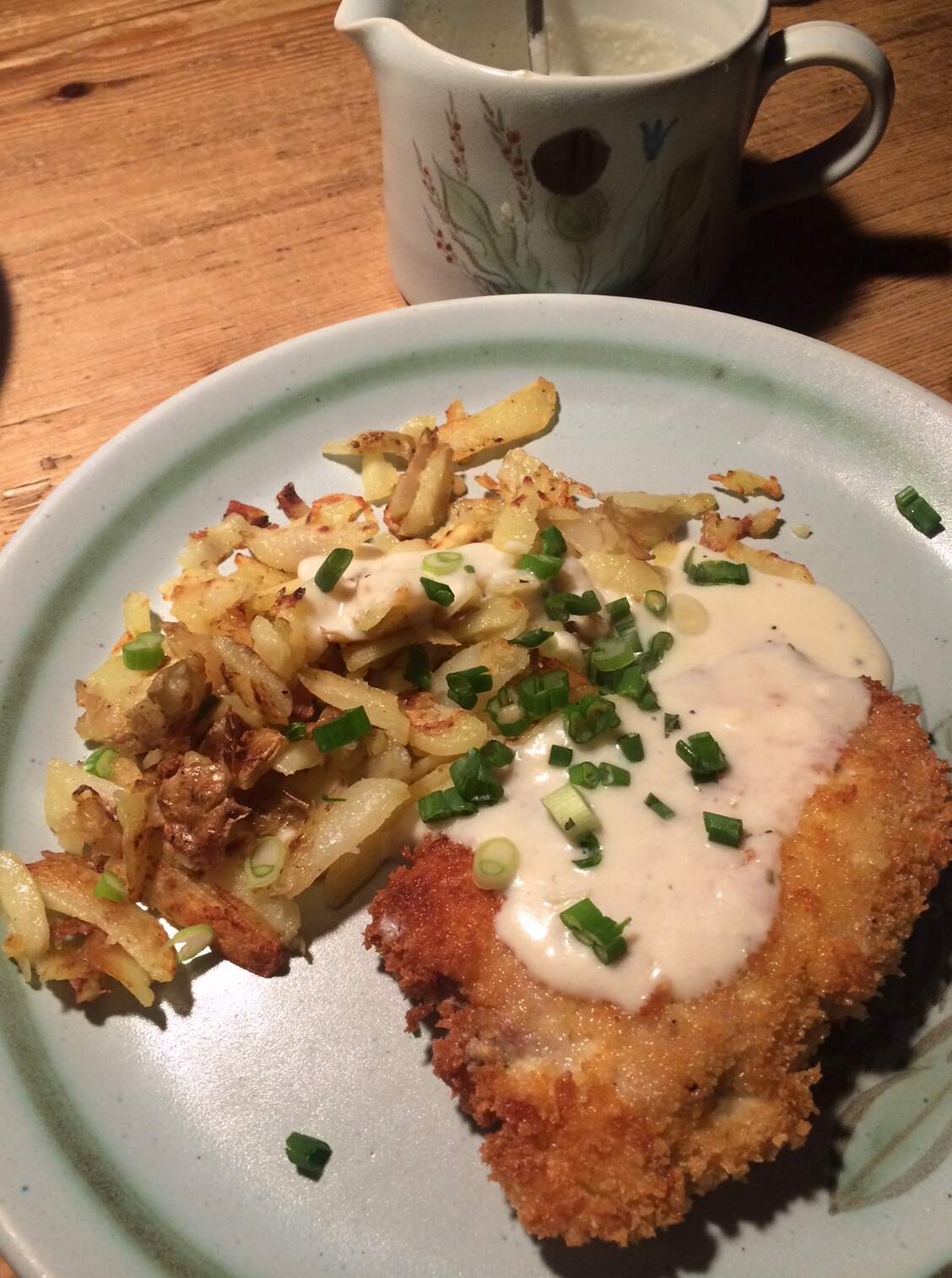 Yum, pork chops! Do you make them boneless?