Last night, there was lots of family, love, laughter, and great food and drink tonight. A perfect way to end a very busy week.

Dinner in Ipswich at my stepbrother’s home with three of my four stepbrothers and two of their spouses (youngest stepbrother’s wife and son FaceTimed with us as they’re in England), stepsister, Mom, sister and BIL, and several adult stepnieces and nephew.

Chicken, mashed potatoes (with LOTS of butter and sour cream!), roasted broccoli and cauliflower, carrots, and spinach salad with balsamic vinaigrette. The wine was flowing, the voices were loud and boisterous, the jokes were zinging around the table, stories were told, and everyone’s faces hurt from smiling and laughing so much. Irish families are really so sedate, aren’t they?

Time to renew my passport…

weekend with the crud.

Yes, those of us in Florida dread the holiday season – not only because of the sheer headcount of tourists coming to share our nice weather, but because every plane that lands in Florida unloads hundreds of people hacking and sneezing their way across the state.

I’ve been seriously lucky (so far!) Fingers crossed that it stays that way!

We had the Lucky Peach Lamburgers. We really liked them. They were delicious. I made pita bread – not my best version as I didn’t have whole wheat flour. Turns out pita bread is not great without at least half of the flour being whole wheat. And, continuing to copy Gio, our accompanying salad was dressed with oil and malt vinegar. I confess I’ve only ever used malt vinegar on French fries!

I’ve only ever used malt vinegar on French fries!

Perhaps oddly, I never put vinegar on American style fries but always do on British chips.

Not a clue. Another work night, tho at least I’ll be done by 9:30. I’ve had chicken tenders sitting in the fridge for a while to make spicy crispy chicken “fingers”… but honestly, I don’t trust my darling to do it right without me

---- so the likelier meal will consist of Wegmans’ lobster bisque with a few poached shrimp thrown in. And maybe a splash of TJ’s Green Dragon sauce, which has been shamefully neglected in our fridge door. Wonder if those flavors would work together.

Here’s my go-to recipe for the last couple of years. Even our toddler grands suck them down!

Andrew Zimmern does Baltimore proud with these plump crab cakes that have big lumps of fresh crab and very little filler.

When making meatloaf, I usually fly without a net, following my whim and what’s in the fridge; rarely does one loaf recall another. I like it that way.

Tonight I decided to follow Michael Symon’s lead so I’m making his Double Trouble Meatloaf. Grinding bacon makes it a bit more work than meatloaf asks, so we shall see if it’s worth the effort. 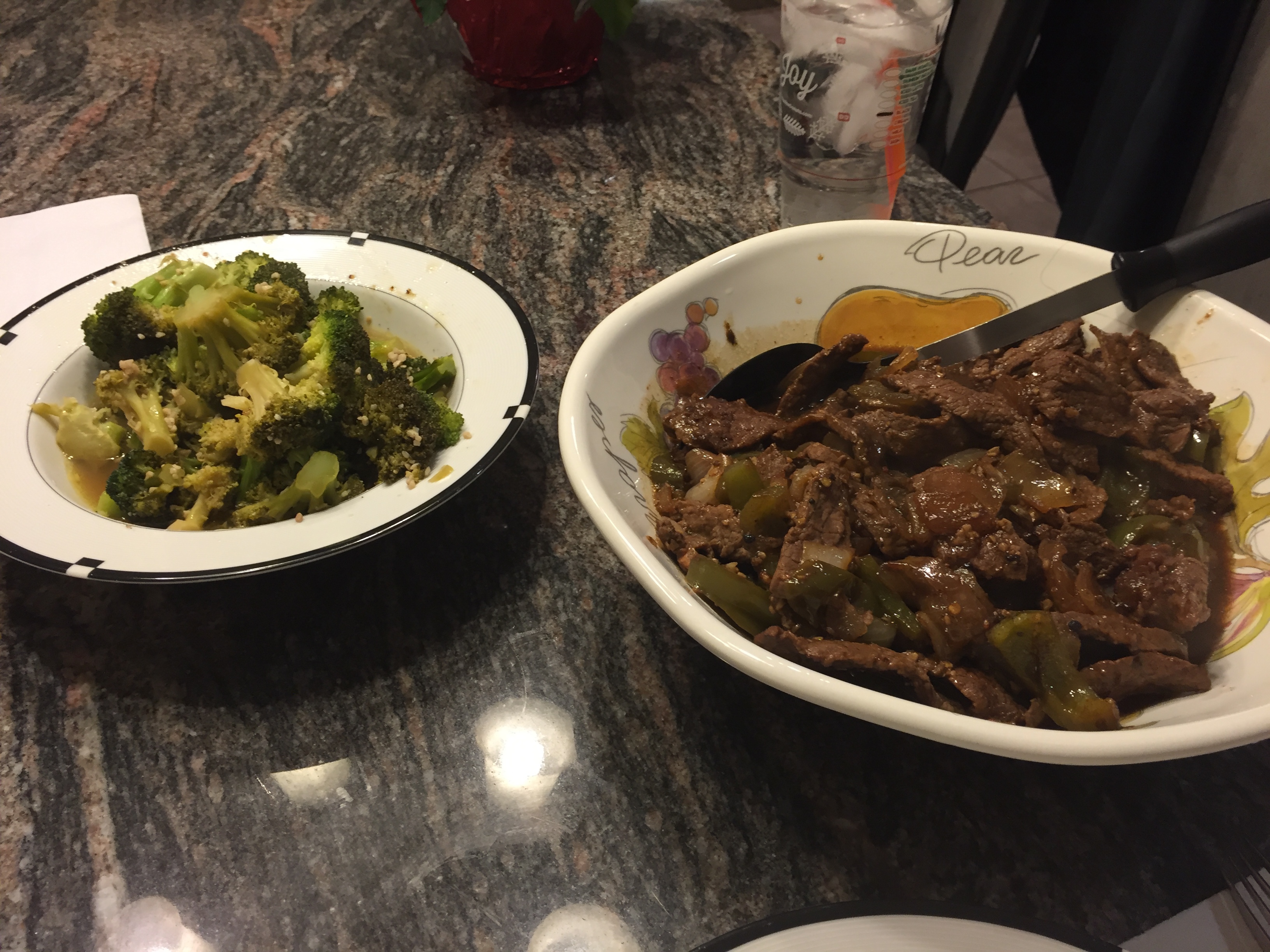 Verdict: Yummy and well worth breaking out the Cuisinart to grind bacon.

Hadn’t put any thought into dinner tonight before watching “Spotlight” this afternoon with a friend (which was superb, BTW!), so pulled out a tub of chili for dinner tonight. Served over elbow noodles, with grated Manchego cheese and a dollop of sour cream. Wine. No veggies. Simple.

Tonight my son and I collaborated on a pressure cooker soup with lots of browned chuck, garlic, caramelized onions, brown ale and a nice, gelatinous beef stock with a bit of triple-smoked bacon thrown in. A bit of thyme and a large bay leaf added a needed herbaceous quality and some diced potatoes rounded it out. Really delicious. For dipping, there were pieces of buttered baguette topped with gruyere and toasted until the bottom of the bread was crispy and the cheese was melted. Really delicious.

Still trying to kick my cold and soup sounded perfect on this grey rainy day. I had smothered cabbage leftovers that i turned into a version of this smothered cabbage and rice soup. My cabbage had quite a bit more vinegar (probably 1/3c of cider vinegar), and i used a wild rice blend (from Lundberg) along with veg stock from my freezer.
I’ve made this before several times and think i like it even better with the flavorful chewy wild rice 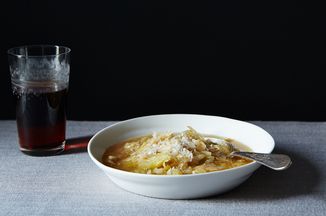 A technique for bringing out the hidden beauty in cabbage—and a soupy, risotto-ish cure for the end-of-winter blues. Adapted very slightly from Marcella Hazan's 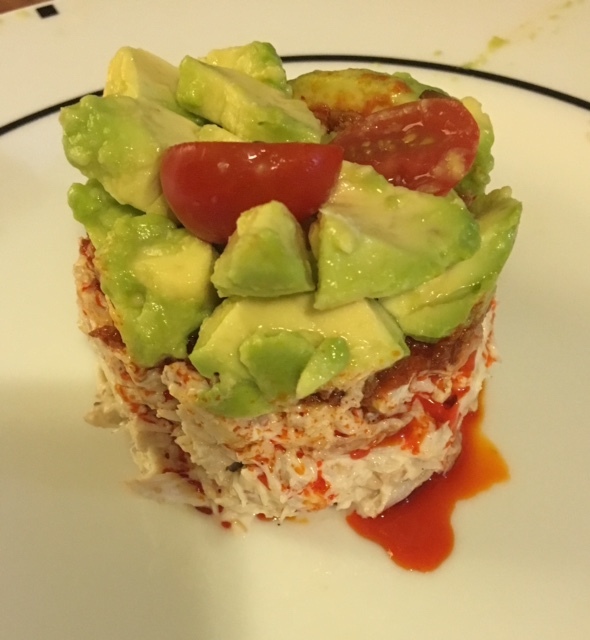 Pasta with carmalized onions, shredded brussel sprouts, and bacon. There was a touch of lemon, red pepper flakes, and Parmesan too. 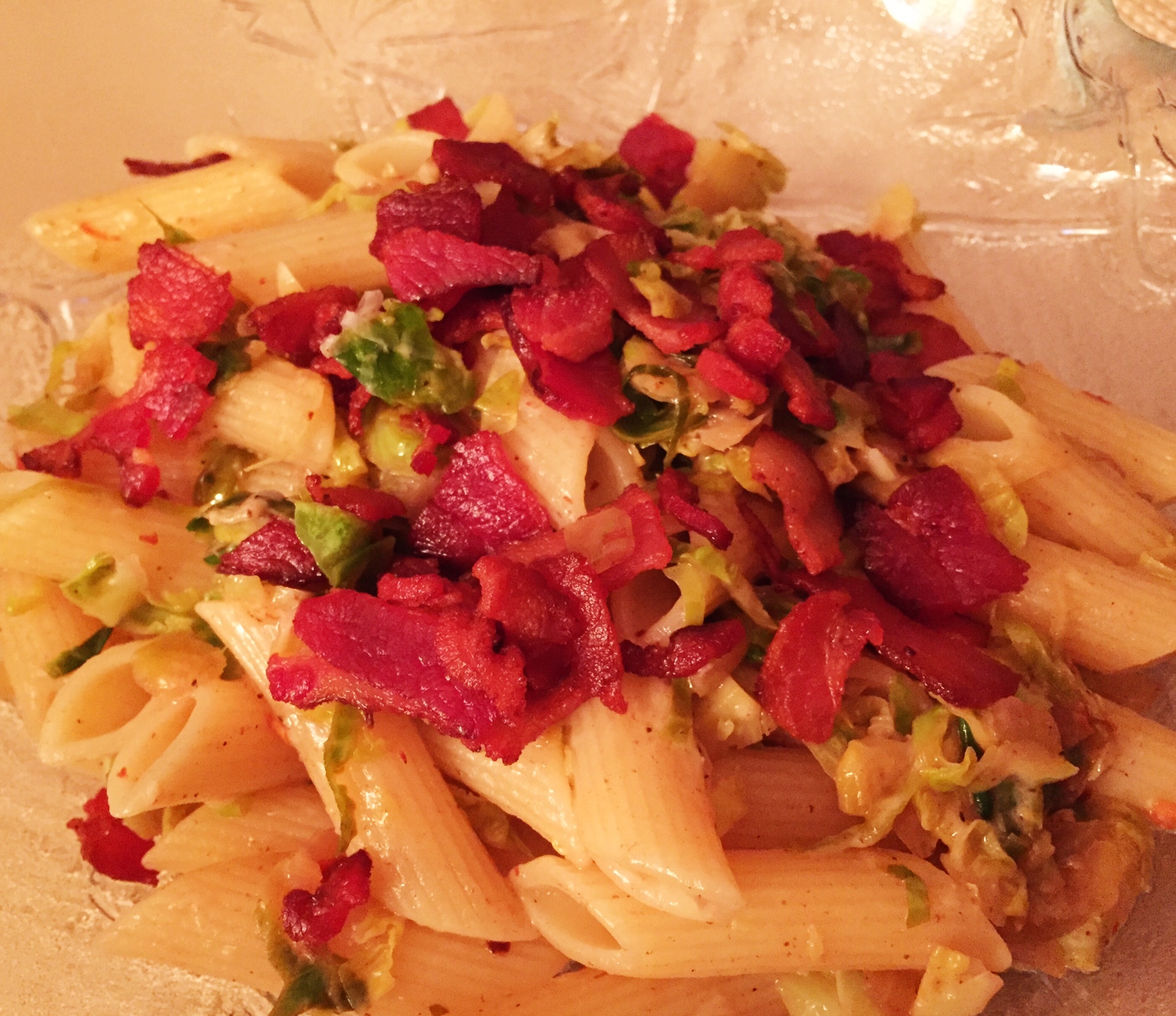 so pulled out a tub of chili for dinner tonight. Served over elbow noodles, with grated Manchego cheese and a dollop of sour cream.

I do this with leftover chili too. I also like chili over spaghetti noodles.

I recall that, like me, you are a fan of “oorlog”.