What would you do with 4 pounds ground lamb with a use by date 2 days away?

Some recipes for safe keeping 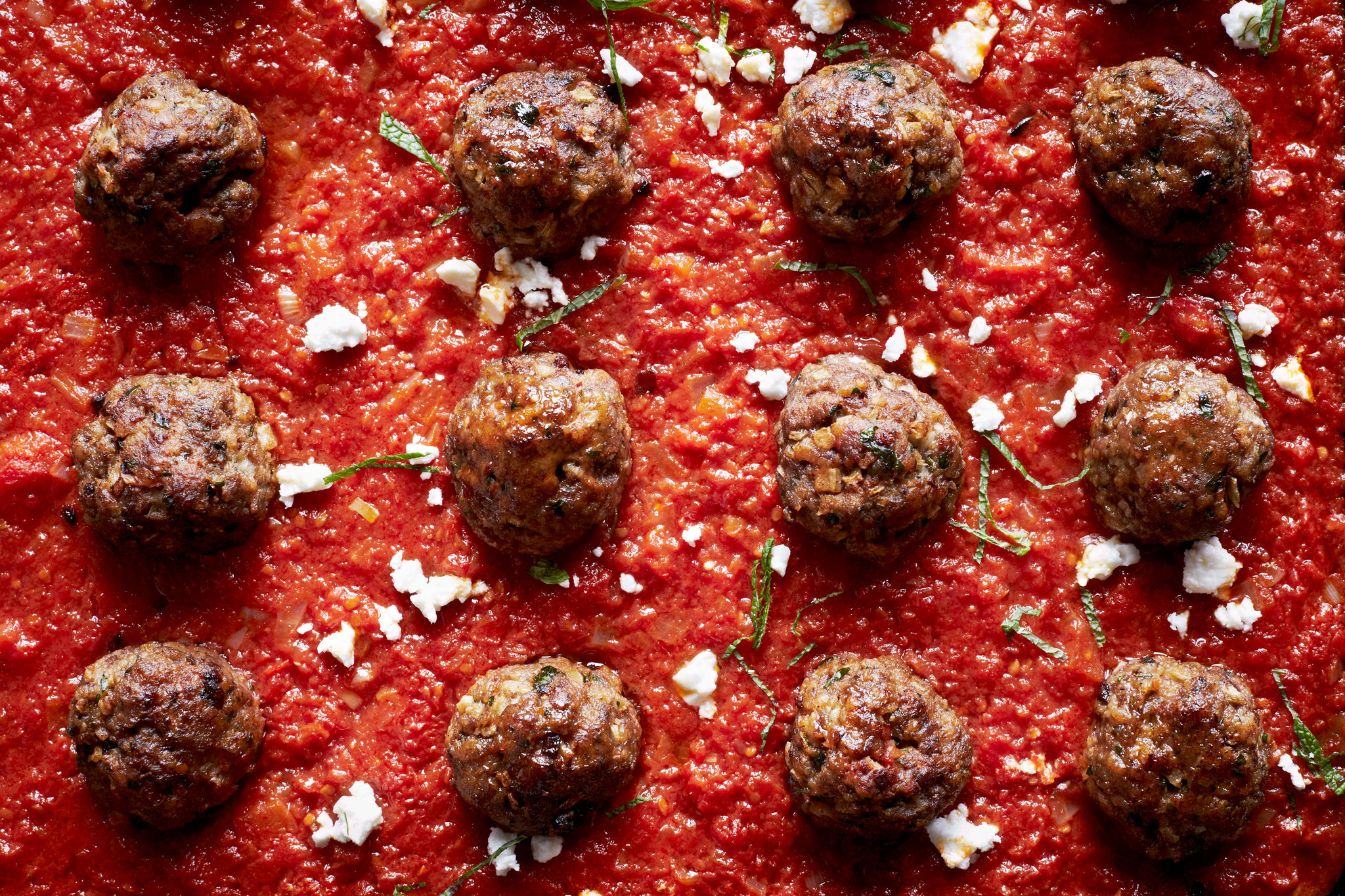 Here is a recipe from the Los Angeles chef Suzanne Goin that plays to children as well as to the most sophisticated of palates It is for crisp lamb meatballs cooked through in a fragrant, vaguely North African sauce of tomato sauce zipped up with... 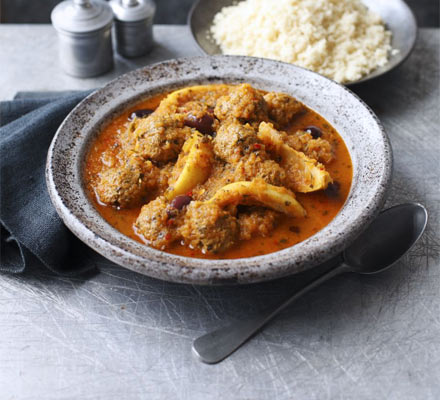 That merguez with herby yogurt (which is a Julia Turshen recipe from Small Victories) is dynamite, but quite dependent on the harissa used - I increase the other seasonings if the harissa isn’t potent enough. Oh and the herby yogurt is excellent for all kinds of other things!

This merguez recipe calls for grinding lamb shoulder with fat.

I have 15 percent fat ground lamb. Does anyone know the right fat percentage for a juicy sausage? One with no casing?

Freezing in the 1 lb portions is what I’d do with most of it.

You could make sumac-spiced lamb patties/burgers or lamb hand pies.

I have made @shrinkrap’s NYT recipe for lamb meatballs in a spicy tomato sauce - but I made it with a roasted red pepper sauce.

Another is Moroccan Lamb Meatballs with minted yogurt sauce. 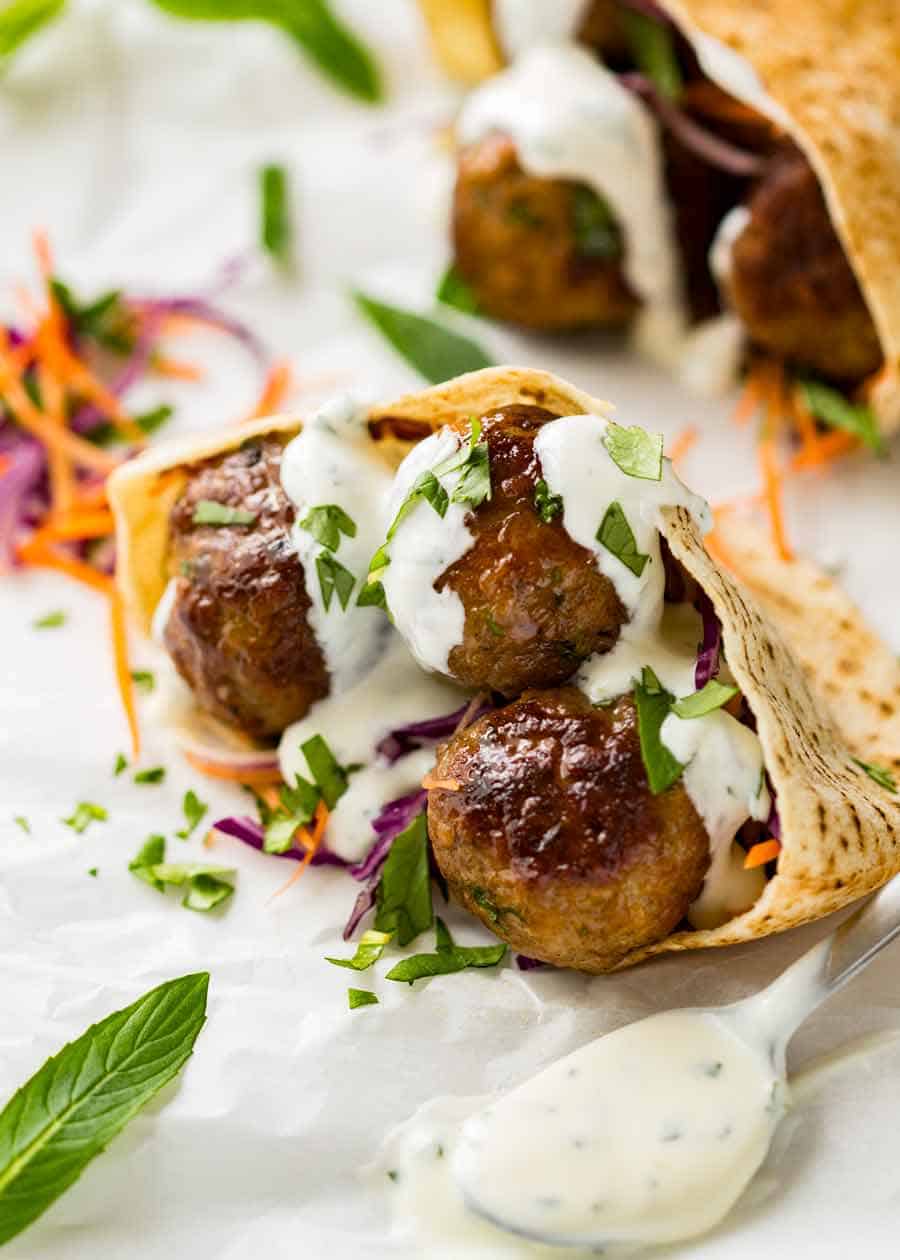 Beautifully spiced Moroccan Lamb Meatballs served with a Minted Yoghurt Sauce. Stuff  'em into pitas for a street food experience, pass them around at a party or pile them over pilaf! These juicy lamb meatballs are

Kofta or seekh kebab would be my way to go. Both freeze well.

Same thing. I first encountered it on a Greek cooking show eons ago, with a chef named Theonie (sp?) Mark. That’s what she called it. The name of the dish escaped me, and returned as her version, which I typed and entered before realizing there’s a more common name.

That’s plenty of lamb. If you have decently fresh Indian spices, I think Keema is great and could be portioned for freezing (just don’t use potatoes for freezing). If the spices are not so fresh, I’d go for lamb chili, likewise good, or meatloaf.

This seems a worthy keema recipe: 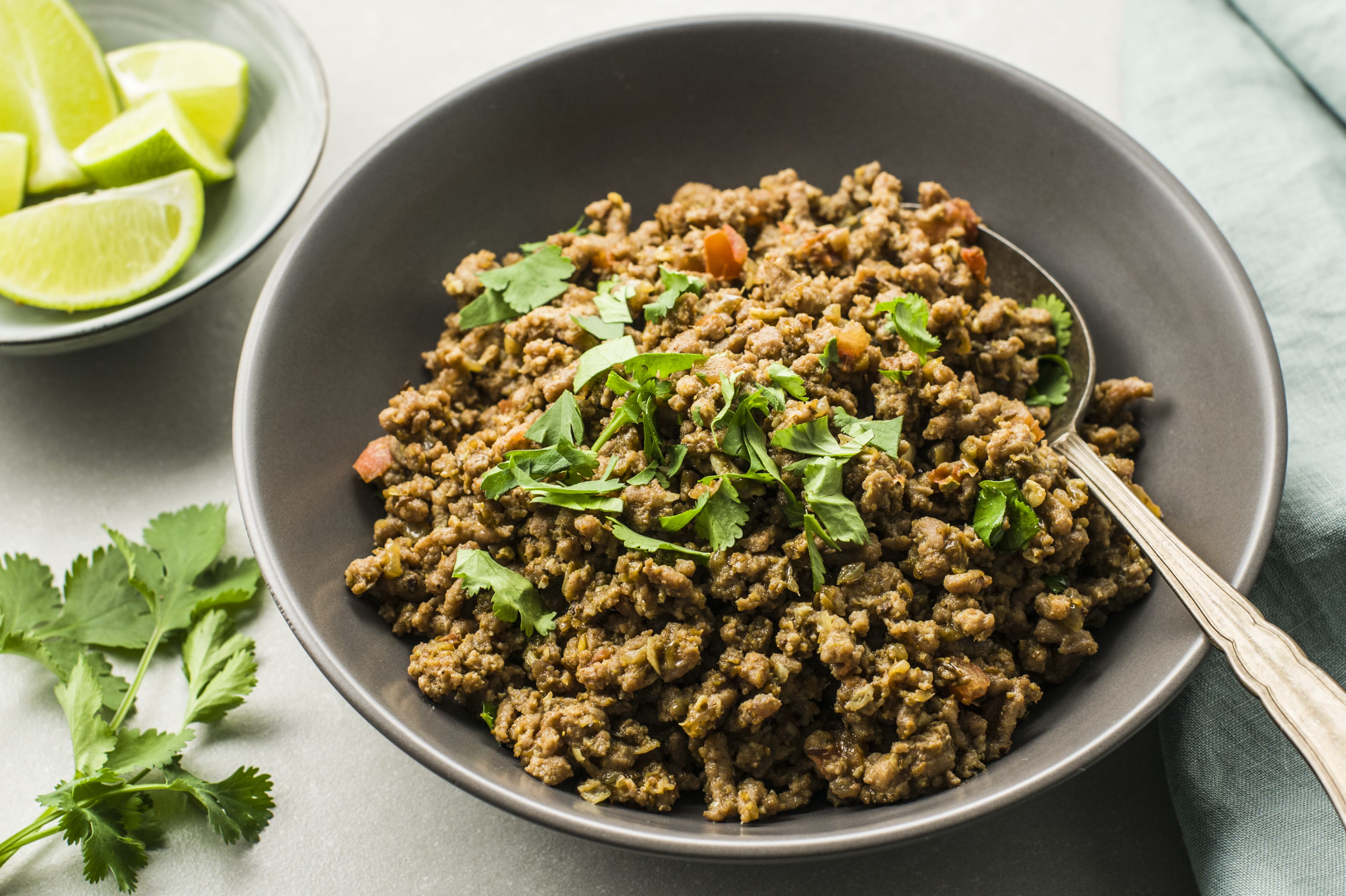 This Indian masala kheema, or minced meat, can be made with any meat you prefer including lamb, chicken, pork, and beef. Serve with Indian flatbread.

Ahh! Just had some in Greece (Rhodes), but a bit too much pasta in that version. 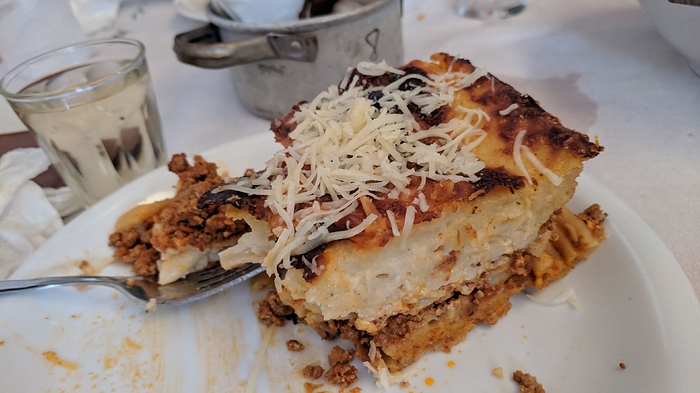 Interesting! I’ll have to check the dates on my cumin and corriander seed, but I know I don’t have fresh Garam Masala. Have several other fresh “curry” blends, including a few from Africa.

Maybe I’ll order some and use it with some of the lamb that I freeze. I don’t suppose I should freeze it again… should I?

Probably should use what I have first. Speaking of using what I have, I’ve had some sumac, or maybe that mix you MAKE with sumac (edited to add zatar) , for more than six months. Still worth using?

I have some duck fat, and some duck skin. Parking this here.

From egullet
Cheftalk
About fatback on Spruce Eats

Re kheema & not making it unless you have fresh spices - I’ll respectfully disagree. If your spices are older, bloom them in the oil at the beginning or lightly toast them on the side.

I’m not advocating for stale spices, just in favor utilizing what you already have.

Re sumac / zaatar - smell it & taste it. My sumac is probably over a year old and still potent.

So long as I can quickly and distinctly smell a spice/dried herb when reopened, I’m likely to keep it. That said, I have learned over the years that freshness makes a difference. I’ll tend to cull spices and replace for special occasions or recipes (I wouldn’t use last year’s ground clove for this year’s fruitcake, for example). Whenever possible, I buy whole spices, which last longest.

About freezing: you might check whether this lamb was already frozen. Refreezing is generally frowned upon for texture changes, but I think in some ground-meat preparations, it probably doesn’t matter and could even help. Like a genuine Bolognese sauce which simmers for hours and you want it to be practically dissolved.

If you’re familiar with South Asian cooking, then you’ll find it interesting to make comparisions with the recipes of the community from that heritage who lived in East Africa before they were, basically, ethnically cleansed from countries such as Uganda and Kenya. You’ll find differences in the spicing and, of course, some differences in, say, vegetables used. I’ve not cooked it but have eaten in a couple of restaurants owned by folk with that heritage and there are definitely differences with the standard “Indian” restaurant.

Thanks for this. I’ve long noted the distinctive spice profiles from Africa and (consequent to slavery) Caribbean cuisines, as contrasted with mainstream American and Anglo-European places. A broader flavor spectrum, notably in the sweeter direction for savory dishes, like cinnamon, allspice, nutmeg.

I hadn’t heard of the ethnic cleansing you refer to, so I’d like to learn up. British India is a study topic of mine, but my knowledge is thinner concerning African contexts.

I hadn’t heard of the ethnic cleansing you refer to, so I’d like to learn up.

It was racism, pure and simple. The South Asians were seen to be a successful middle class who faced a campaign of “Africa for the Africans” from dictators such as Uganda’s Idi Amin. The community were forced to flee, with only hand baggage (generally to the UK, as they held colonial British passports). Unquestionably, Uganda’s loss has been the UK’s gain.

As a starting point for you:

Expulsion of Asians from Uganda

In early August 1972, the President of Uganda, Idi Amin, ordered the expulsion of his country's South Asian minority, giving them 90 days to leave the country. At the time of the expulsion, there were approximately 80,000 individuals of South Asian descent (mostly Gujaratis) in Uganda, of whom 23,000 had had their applications for citizenship both processed and accepted. Although the latter were ultimately exempted from the expulsion, many chose to leave voluntarily. The expulsion Many of the ex...

Gandhi’s activism began while he was living in Africa.

That much I know. Oxford-educated lawyer and disrespected even on the train to assume his job in South Africa. And then the social organization. Important, fascinating period.