What The Stove Repairman Said

My cruddy electric stove is acting up, so the stove repairman has come a couple of times. Today, I asked him what the best brand of stove is.

We discussed various brands of this and that. He said Bosch has gone down the tubes.

I report, you decide. 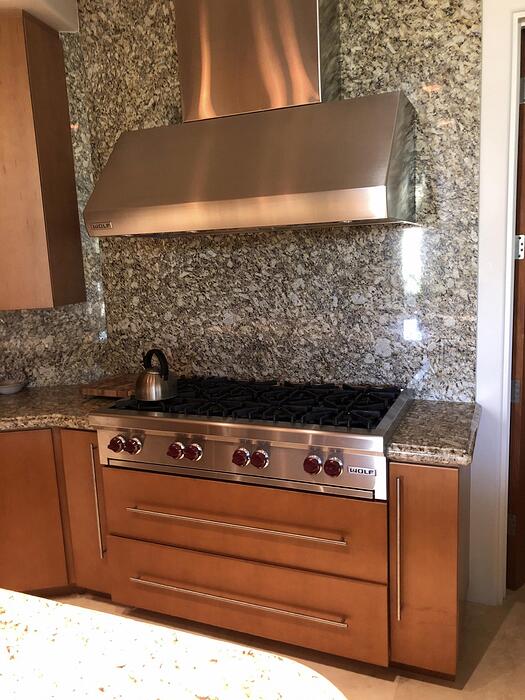 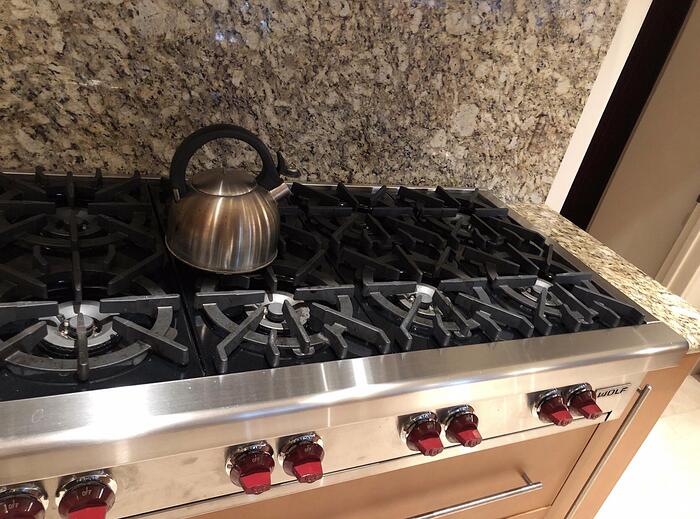 Lovely to have 8 fires!

When it’s time for us to buy any new appliance, we always ask the staff at our local independent appliance retailer what they use at home. Also which are the brand(s)/model(s) needing the most service calls, since they also have a service department.

We won’t buy any appliance that a retailer sells and doesn’t service. Helps to keep
us out of trouble.

Our Viking has always been a pos. Kind of like out of a sheet metal shop. But it has 6 burners, a reliable oven, hi btu on stovetop, a fine broiler, albeit not one meant for daily use.
We decided several years ago to replace it, so went shopping without budget constraints. After checking out everything available into the low 5 figures, we went home and patted our old friend on the head. It’s been a good stove even tho lacking AD appeal. It’s 20 years young and going strong.

We’re going with gas when we renovate the kitchen this year–we love gas stoves. Looking at Samsung single ovens because we can’t afford big & fancy.

Our Viking has always been a pos.

You said this … and then went on to describe a stove that at least qualifies as pretty good. When you said pos did you basically mean it’s not pretty but it works? Or has it actually had a lot of problems?

I didn’t like the one I used for a short time, but that’s probably because I didn’t know what I was doing. What are the basic advantages for you?

Ours was their first home model. It’s just kind of proto-type style and construction.
It does what I want it to do without much interference from me, so It works for me. Husband has had to change some of its igniters over time, and their price (as parts) has quadrupled. But we’re still ahead of the game.

What are the basic advantages for you?

For me (who is not @StephanieL) it’s that you can adjust the heat instantly and precisely. Electric stoves take too much time to both heat up and cool down.

I get that for the stovetop… I was specifically thinking of the oven, where usually that matters less - maybe it only matters less to me because my oven use is less sophisticated than yours is.

I thought we were talking about gas stoves, not ovens.

You and she both were, and apparently I can’t read!

I thought she said oven.

Sorry for the stupid mistake.

Just to qualify. “Stove” = range
As opposed to separate cooktop and oven?

No problem! If this is your worst stupid mistake, you’re miles ahead of me.

Just to qualify. “Stove” = range
As opposed to separate cooktop and oven?

Stove is an extremely general word for a place that’s made hot for a reason - in British English it’s even one of the words for a greenhouse.

I sort of expect that in a cooking discussion it’s going to mean what you said, but that doesn’t show what anyone else expects.

And I sometimes use it to mean only the cooktop/hob, though that doesn’t seem very smart because there are enough words to go around.

Yes, I meant gas stovetop (burners), which I prefer over electric for the same reasons @small_h listed. I don’t actually pay much attention to whether the oven part is fueled by gas or electricity, though I think the ranges I’ve had have been gas top and bottom.

Currently, we have a separate cooktop and a wall oven, which I guess would be OK if the oven wasn’t ridiculously small (like 16" inside–we can’t fit our roasting pan in). My preference is still a single unit. Our kitchen designer’s plan for the renovation has the range as part of the middle island.

Will your upcoming middle island range hood meet the needs of your style of cooking?

I have a GE Cafe gas range (both burners and oven are gas powered) that I love, but if I were remodeling with plenty of space and a big budget, I would probably go with a Bluestar cooktop and Miele oven.

@StephanieL, I would rethink having your range in the island if I were you. Venting is very difficult when the range is out in the open. I would recommend checking out the Kitchens forum on houzz.com (formerly gardenweb.com) - the pros and enthusiasts there can be immensely helpful in avoiding kitchen function pitfalls that many designers miss when simply trying to make a kitchen look good.