What is the black material on this knife blade?

Kind of had a knife emergency and this one was the only one that felt good in my hand. Does anyone know what the black part of the blade is? 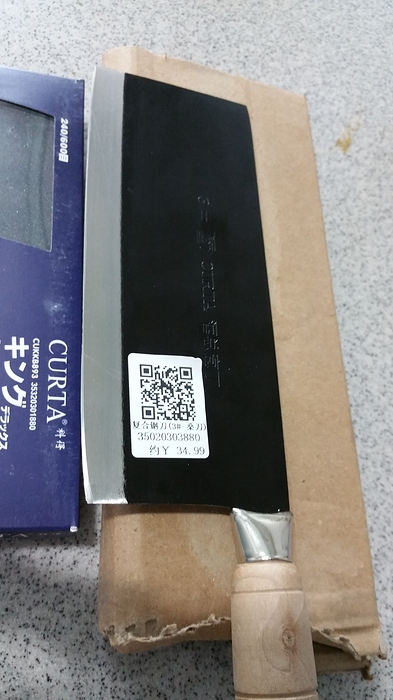 Do you mean what is the black layer or what is underneath the black? The black is most likely black lacquer. Although I have one knife which the black part is carbonized material which can come off like black powder. Does yours come off? If not, then it is black lacquer. No need to remove it. If it is coming off, then it is a different story. This kind of knife is often stylized with a black color on the blade. 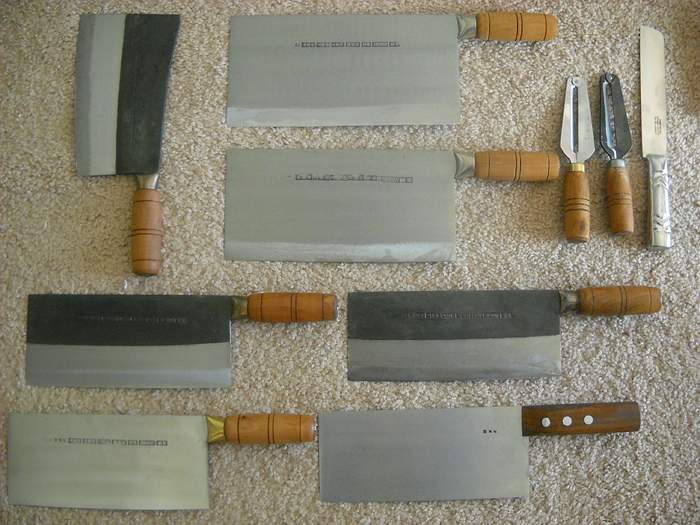 Underneath the black color is usually the same steel as the rest.

I only used it once and didn’t notice anything coming off. I’ll pay more attention tomorrow. Yours and all the Google images I’ve seen don’t have such a large percentage of black on the blade as mine. Someone told me the black part is an inferior steel fused with a carbon steel bottom. That sounded totally made up to me. Maybe this picture is better. 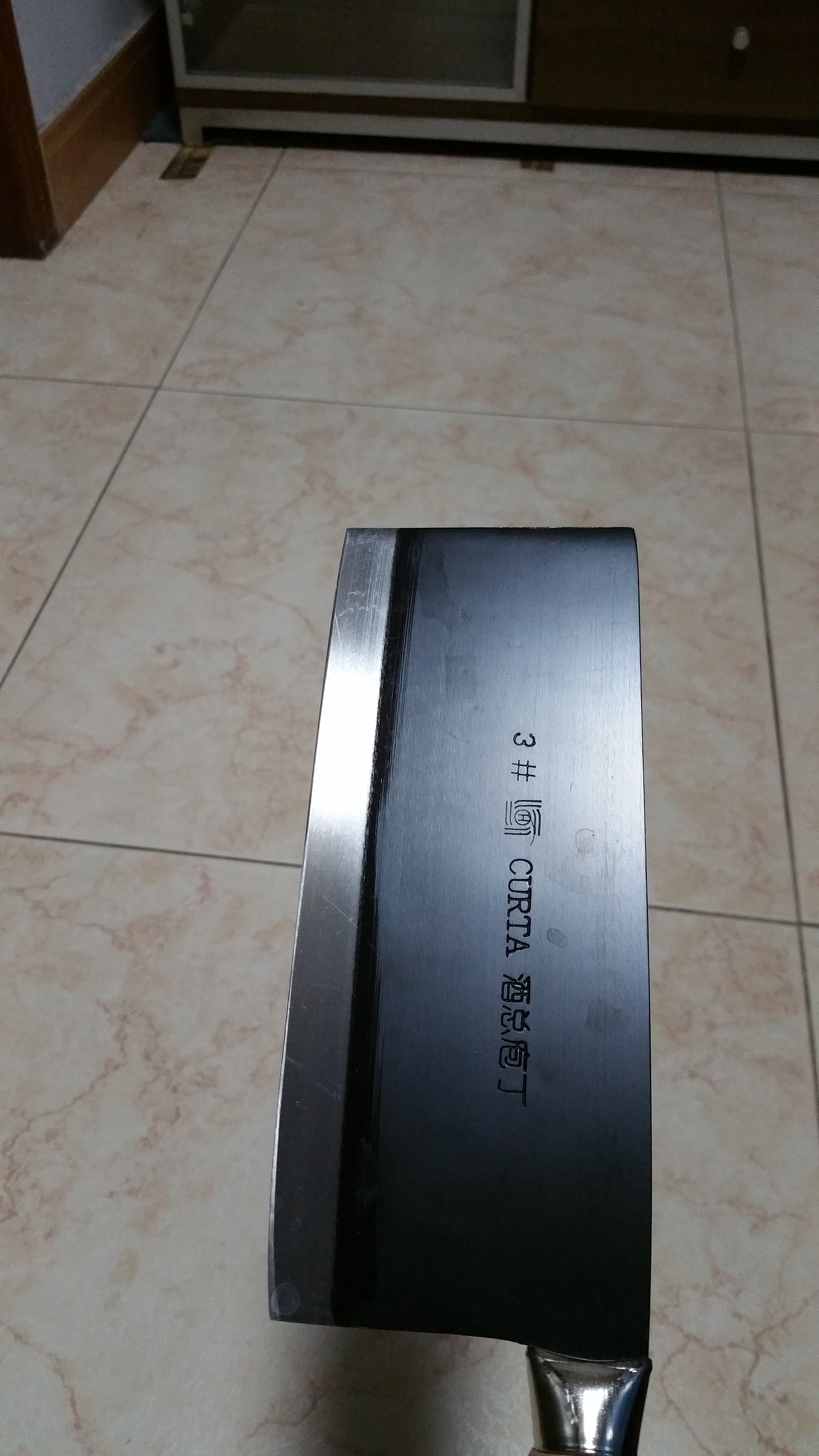 Tangent: would you know why these knives are so expensive? 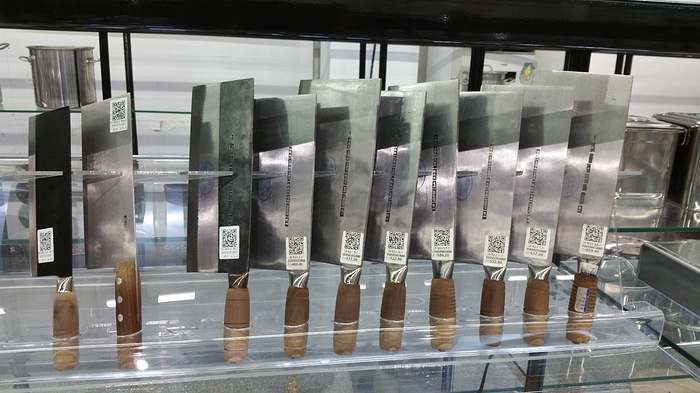 I have not heard of this. For most of these Chinese knives, the metal underneath the black part is the same as the edge. Yes, it is true that for some knives (particularly for Japanese knives), they do combine/insert/sandwiched a harder steel with a softer steel. However, this is mostly done in a way to protect the hard steel and to make the knife more durable. Yes, it is usually a cheaper steel, but the goal is not to cut cost. 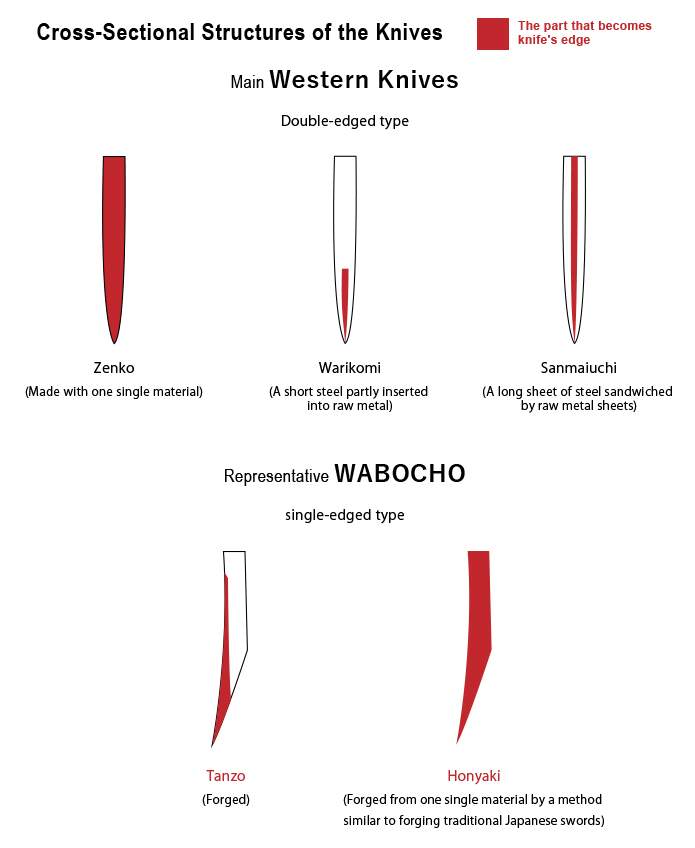 As for your other question, it is difficult to answer in one to two sentences. One way to look at this is that these expensive Chinese (Chan Chi Kee) knives are more costly for the similar reasons why a Wusthof knife is more expensive than a lesser known knife. The quality of the steel, the geometry of the edge and blade, name brand…etc.

As always, many thanks for your thorough responses. I’ll have to go look at those knives again!

You can buy $5 knives here in the US too.

True, I think I have a cheap cleaver this price that is good for crushing bones but it can’t really chop.

Most likely, we can find higher quality US$5 Chinese knives in China than in US.
Anyway, on top of my head, I would say Kiwi knives and Komchi knives are reasonable $5-7 knives you can find in US.

Winco sells a lot of inexpensive $5 Chinese style knives too. I never really like Winco though. 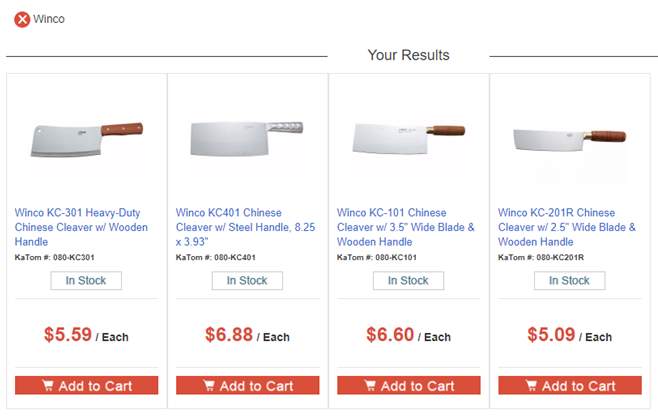 It was even cheaper than that. Last year, my kid learned how to bargain. It was hilarious when she tried to bargain at Trader Joe’s when we got back to the States.

Anyway, I have an embarrassingly large amount of Kiwi knives, but I’ve never had even a $20 knife as good as this one. I like it a lot. The only issue is that the metal between the handle and blade oxidizes so I have to dry it fast. The blade width is perfect for my use. This morning I diced up mangos, no problem. I was scared because I usually use a large paring knife, but it felt very natural.

I think those Winco knives are very poorly made. My local restaurant store in the U.S. sells them. They dont feel balanced at all. Maybe they are for stronger people.

Mine is a smaller size about 19.5cm x 8 cm. It’s made with something called High Speed Steel.

I love it. Trying to figure it how I will bring it back because traveling with knives is illegal here.

Sound good. It should be a carbon steel thin blade knife priced around 35 yuans ($5 US dollar). The other stainless steel version does not get this small. When you have a chance, you may want to put a new edge angle. Double Lion knives are usually 60o degree inclusive (30 degree each side) which is pretty wide. 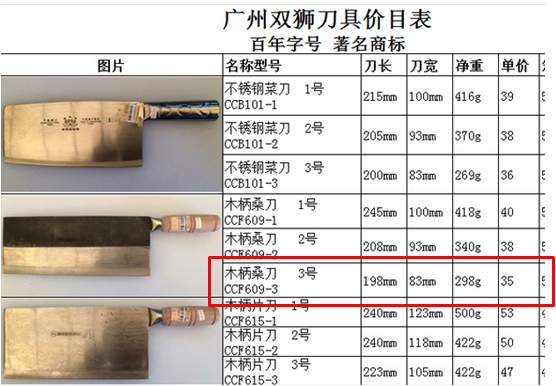 Oddly, the wide angle was really good for mangos, but not optimal for anything else. At first, I tried to preserve the angle, but, as I mentioned in the Whats For Dinner thread, someone “helped” me sharpen it “properly”, so I ended up spending extra time on it and redoing the edge angle. Took a long time, but I am a complete novice at using a sharpening stone. It’s still a bit wider than I prefer, but much better than before.

Edit: just to be clear, mine is Curta brand, not Double Lion. But I wouldn’t be surprised if it was made by the same manufacturer, especially since it has the same exact look and dimensions.

I see. So you bought the one you showed at the top of the thread. In that case, maybe the angle is not that wide. Have fun.