Veg Barbecue is a thing?

Squash casserole, green beans stewed with bacon and onions, okra (fried or stewed with tomatoes), and macaroni and cheese.

Dessert to include banana pudding, sweet potato pie and 7-Up cake.

Sides not yet mentioned - collard greens, cornbread, and biscuits in some places. All good. Almost forgot macaroni and cheese, occasionally macaroni (not pasta!) salad. Pickles.

I agree that some folks like accompaniments to their meat, but those are bonuses. I’ll point out that sides are rarely barbecued.

We used to have a barbecue place that served their food on butcher paper. Their special was meat with a chunk of cheese and a half an onion. The only eating utensil was a sharp knife. It was a great place to take folks from out of town.

Unfortunately it was sold to someone who didn’t understand barbecue. They eventually locked the doors and walked away with a walk-in full of meat. When the power was eventually disconnected the result was what you would expect. At some point they tore the building down and now it’s a strip center.

Here in the US there is discussion about the proposed Green New Deal and the impact on meat in the American diet. I think it’s interesting that efforts to control climate change may have a significant impact on dietary choices and ultimately on barbecue. Today’s New York Times (left politics) has an article titled “They Really Are Coming for Your Meat.” Twitter and other news outlets are abuzz.

It is not my intent to dump politics in here. My reaction to this morning’s news feeds was that if veg barbecue is not a thing it may well become one.

USA Today 10Best: 10 of the best spots for vegan barbecue in the United States. 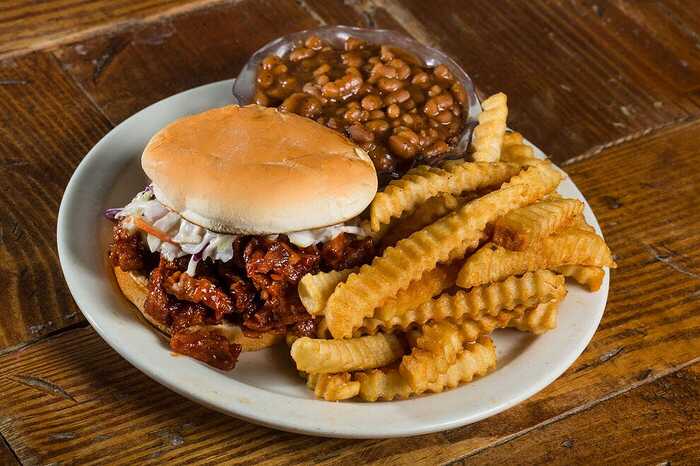 If you're thinking of carrots and kale when you hear the words "vegan BBQ," think again. These ten spots for vegan BBQ in the United States will have you daydreaming of savory plant-based BBQ treats.