At a seafood fest over the weekend, there was a stand selling bbq salmon dinners. In the top corner of their tent hung a few sides of smoked salmon. I love smoked salmon (and don’t like other kinds), so I bought a “side” of it from the Native American guy selling them. Oh boy. $30. He just handed it to me, no bag, and once I was holding it, I’m guessing it weighed 6-8 oz. We got it home, I struggled to peel the fish off the skin. He had scored it, salted it, and smoked it to within an inch of its life. The texture of it is shoe leather, except in a few little chunks where it is closer to jerky. I don’t want to toss it, and don’t know how to use it.

My only ideas are to make a dust out of it using the food processor, and sprinkle crumbs of it over pasta. Alternately, long soak, then food process, then mix with potato/bread to make a fish fritter similar to how brandade is used. Thoughts?

Maybe a dip with sour cream/crème fraîche to cut through the salt? A lil horseradish and dill, too.

Look for recipes that call for bacalau. You’ll have to adjust for the smokey-ness with more vegetables but the textures should be similar.

If it were me, the very first thing I’d do would be to mince some with cream cheese and dill weed and schmear a bagel.

But that’s just me.

Yes - brandade is what I said but bacalau is what I meant. Re the idea of a cream cheese or a dip, I’m not sure how finely the f.p. would mince it, and the texture is just really difficult. That’s why I thought maybe a soak…

Is it firm enough to shave/slice thin on a mandolin? If so you could use it as a substitute for bonito or bottarga. Or the food processor may shred it into something resembling Asian pork floss that would be good on rice. 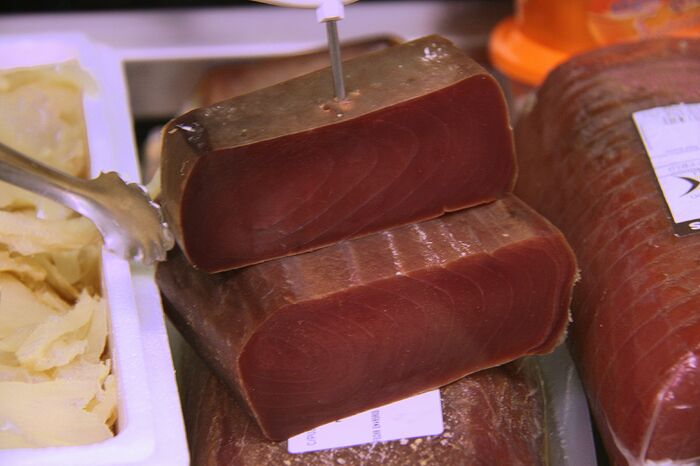 Mojama is dark reddish-brown salted dried tuna sold in fish markets. Discover why it's considered a delicacy and makes a great tapa or topping. 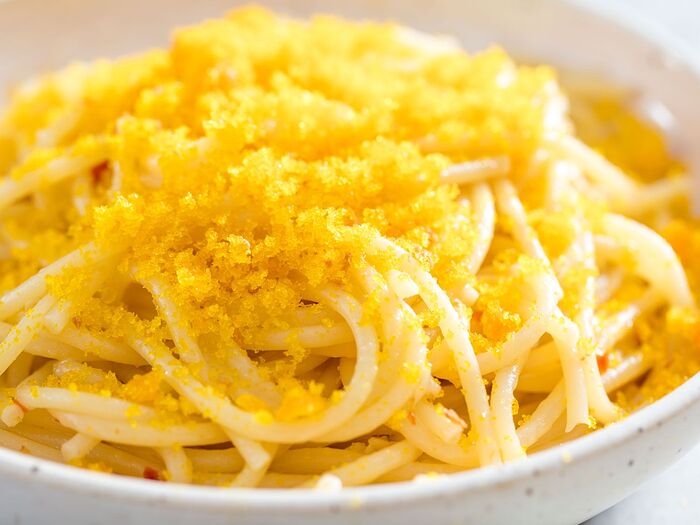 Bottarga: What It Is, How to Use It, and Whether It’s Worth It

Bottarga, or preserved fish roe still in its sac, is a delicacy that has been enjoyed all across the world for hundreds of years. Here's how you can enjoy it, too.

of course these aren’t smoked, so that adds another dimension

I mean, how else should I describe? I don’t mean any disrespect, but I don’t know his name. He was from one of the local tribes. All the other bbq guys were white. We actually got amazing smoked salmon from a guy on a local res here a number of years ago. But this salmon was not amazing. And if it wasn’t so costly, I’d toss it.

Soak it in milk (a few changes worth) and then use for salmon cakes, brandade-ish dip, or to accent a corn chowder.

Once it is soft enough, after the soaking, you can portion it and freeze it to add in small amounts as needed.

The dryness is easily fixed. If it’s oversmoked or -brined, you just have to keep cutting/diluting it.

Salmon raspings on something in lieu of a finishing salt could work, depending…

Soaked in changes of water or milk, then shredded, then cooked with onions plus potatoes plus scrambled eggs (riff on bacalhau a gomes de sa). Or other bacalhau-type preps.

just treat it like jerky, which it probably what it was meant to be

You might have to take a second look . ( The native American guy . ) Most likely after a million pounds of smoking. This is how we do it . I would say . Fixed our style . Not yours.

It’s much drier than jerky. There’s nearly no moisture left in it.

Hey all. I appreciate the ideas. It seems like the two prevalent ideas are similar to what I was thinking - either soak and use in a fritter/dip, or powder and use as a seasoning or topping. I’m going to play with it. I probably have enough to give it a couple different treatments.

It’s much drier than jerky.

Maybe use it like bacon bits as garnish on salads … “Salmon Bits”? 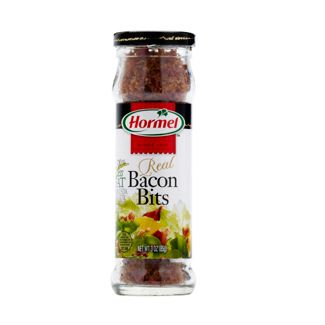 I’d use it in the various post-soaked ways that have been suggested.

The most usable might be to make fish cakes from a potato-based mixture (same idea as brandade, but this way it’s a meal).