We’ll be doing one of our 10k state capital walks in Trenton, and that will probably occupy lunch. I’m guessing that we’ll spend the night in Princeton, and eat dinner and breakfast there. Suggestions appreciated, especially for local specialties, which I gather abound in NJ. (I lived in Newark for a couple of years, but was limited to Army pay, and didn’t explore the culinary delights of Newark and environs beyond Portuguese and pretty standard Italian.

Delorenzo’s Tomato Pie is a pretty infamous pizza place in the area, I believe they have more than once location. Probably about 15 mins outside of Trenton.

Princeton has a ton of places, honestly way too many to post. Witherspool Grill is a local favorite, but quite pricey. Also, Eno-tera is an excellent farm to table but rather pricey as well.

Taste Subs has a place in Robbinsville if a great sub is your thing.

Pricey, but doable. Delorenzo’s and The Taste Sub sound good, but the spouse may object. I enjoyed the places I’ve eaten there before, Blue Point and Mediterra, but that was over 10 years ago.

I recently enjoyed my breakfast at the Princeton location of PJs Pancake House. Get there early as it gets crowded.

Since when is Princeton the artisanal baking capitol of NJ? New Jersey

I’ve been enjoying exploring nearby towns and it turns out that Princeton is one of them. A search on Google showed me no less than half a dozen bakeries and pastry shops in a two block area. The old me would have tried them all, and I would have also gotten to the Little Chef Pastry Shop if I’d remembered to bring a mask along. I started by chance at the bakery arm of the mighty Terra Momo food empire here: Everything looked and smelled really good, but I had other stops to make so I bypass…

I haven’t gotten to Trenton yet.

Meda is Eno’s sister restaurant as is Albariño in Shrewsbury.

We’ve liked Efe’s Mediterranean Grill in Princeton though to be honest we haven’t been there in a while. A Turkish friend, who is an excellent cook, recommended and we’ve been going there ver since.

Try Toscano in Bordentown. This was yesterday. 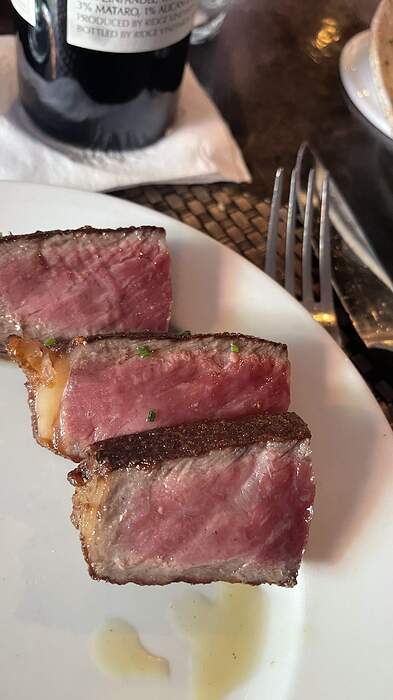 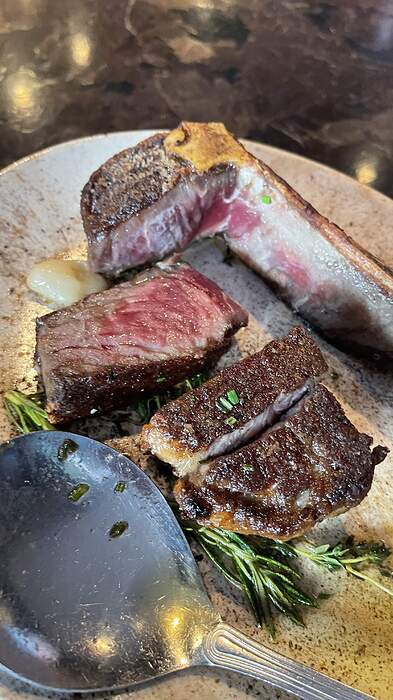 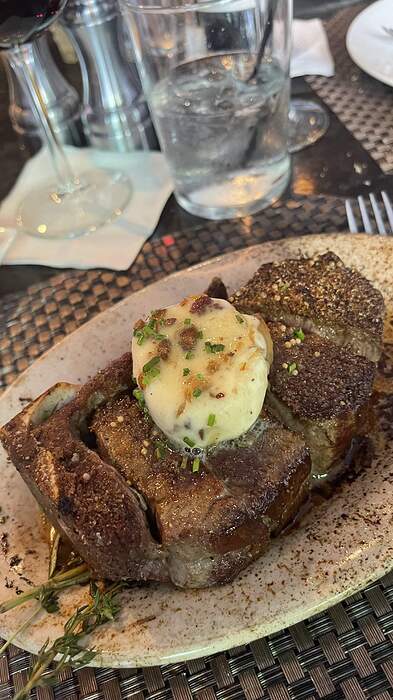 Awesome! I gotta get back there!

Efe’s has a location in New Brunswick, it is excellent.

Absolutely! The NB location is actually the first location we ever went to. It’s a bit more convenient for us but we have friends closer to the Princeton location so will met them there.

Tried this AYCE sushi/sashimi/Japanese place in Plainsboro. $30 - $32 per person depends on whether weekday or weekend / holiday.
Nothing amazing but decent selection of sushi and cook dishes. Worth a try. 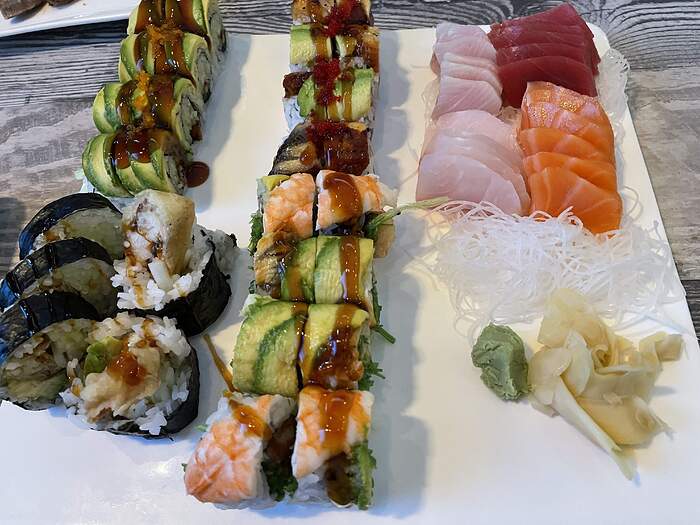 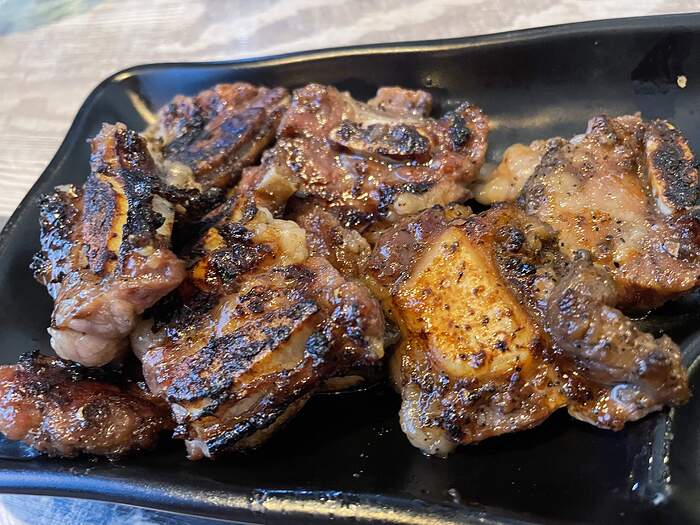 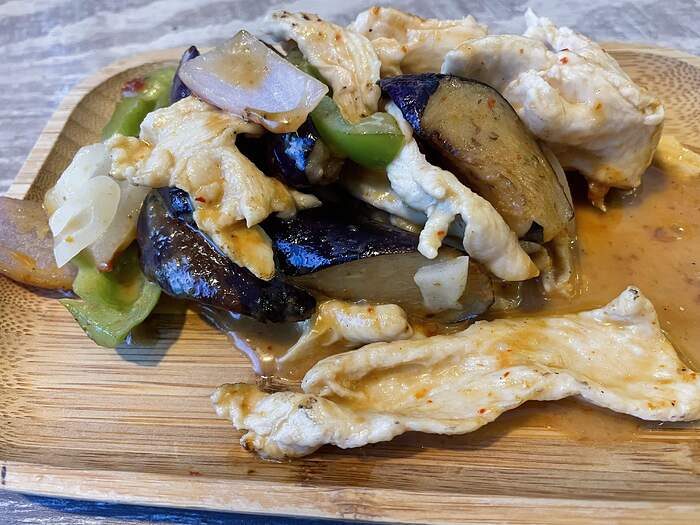 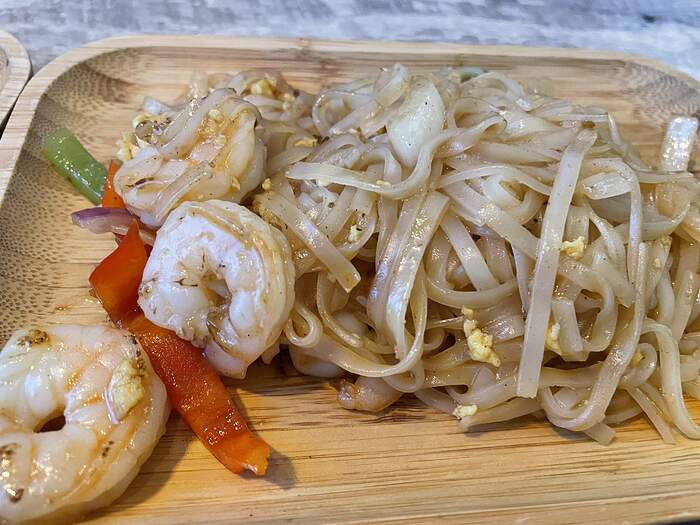 Thanks! That looks interesting. Our trip has been postponed, but we’ll get up there some time.

The story goes that many years ago NJ was suffering a cheese shortage of such epic proportions that even the local McDonalds had none for their burgers. The mayor of Robbinsville, a round, jovial fellow named McCheese, was dining alone at Delorenzo’s when the power failed. He was never seen again.

The sole witness, a homeless man outside, said he was drunk and asleep on the curb and saw a huge pair of orange boots and nothing more. Hearing about it still makes me grimace…

I’m ashamed of myself for laughing

DeLorenzo’s Tomato Pies is by far my favorite pizza anywhere (and I’ve eaten at many of the “great” places).

DeLorenzo’s Pizza is NOT the same place. Both were in Trenton, both moved to Robbinsville, and while they are related (founded by brothers), the end products are different.

Both are excellent, but DeLorenzo’s Tomato Pies is superior IMHO.

If you like Pizza, the Trenton / Princeton corridor is your place to be. In addition to the DeLorenzo’s locations, there is Papa’s Tomato Pies, Conte’s, JoJo’s, and others.

Another Trenton staple that moved out to Hamilton is Rossi’s Bar & Grill, known for the 1 pound (pre-cooking) “Rossi Burger”.

I used to work in Trenton, so many of these places I’ve been to and enjoyed over the years.