I have used the capful of vinegar trick for years. My fried okra is never slimy.

I’m a disciple of the bottled sauces school of thought. I keep boneless, skinless chicken thighs in the freezer, and there’s always rice in the pantry and a bag of frozen Chinese vegetables in the freezer.

Then the pantry has jars/bottles of sweet and sour, stir fry, pad thai, biryani, tikka masala, and butter chicken sauces.

I can always have food on the table in 30 minutes, no matter how completely ridiculous the day has been.

Start the rice. While it cooks, thaw the chicken (only part way, because then it’s easy to slice into thin slices), toss into a hot skillet or wok, and brown. Add the veg and cook until hot. Add the sauce of your choice, stir until it’s combined and hot, and by then the rice is done. 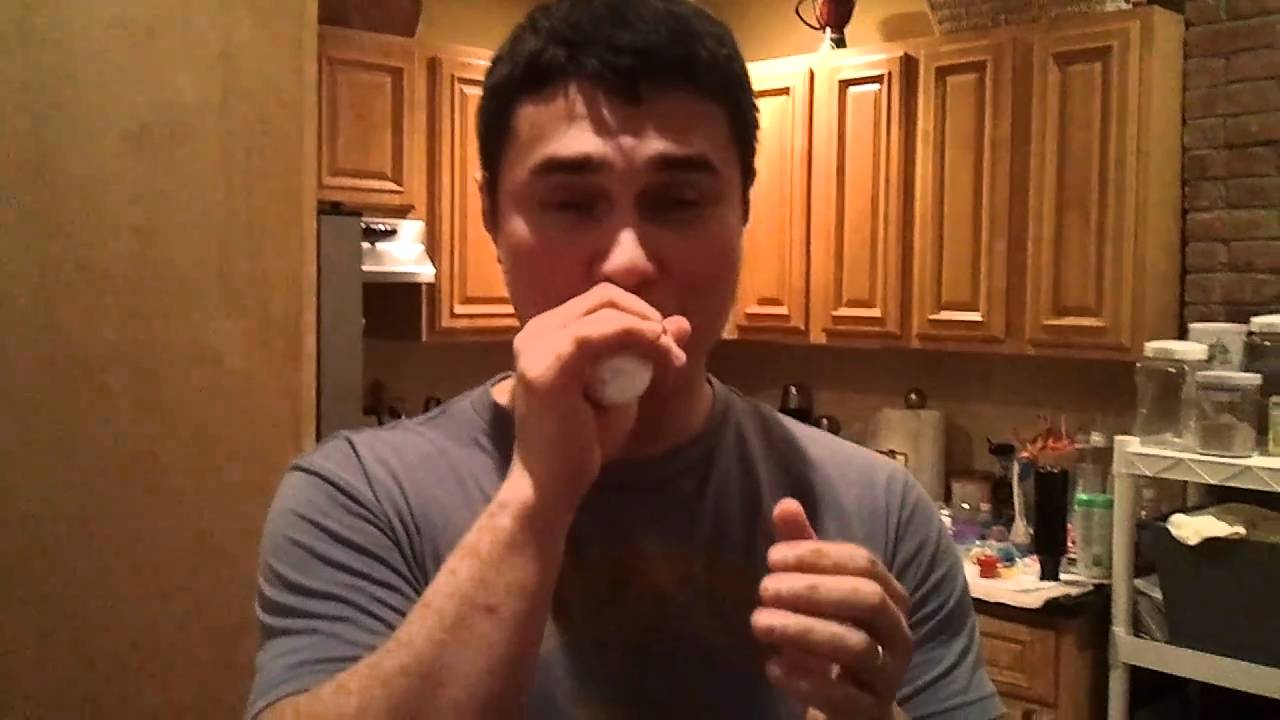 How to open a bottle of wine - without a corkscrew 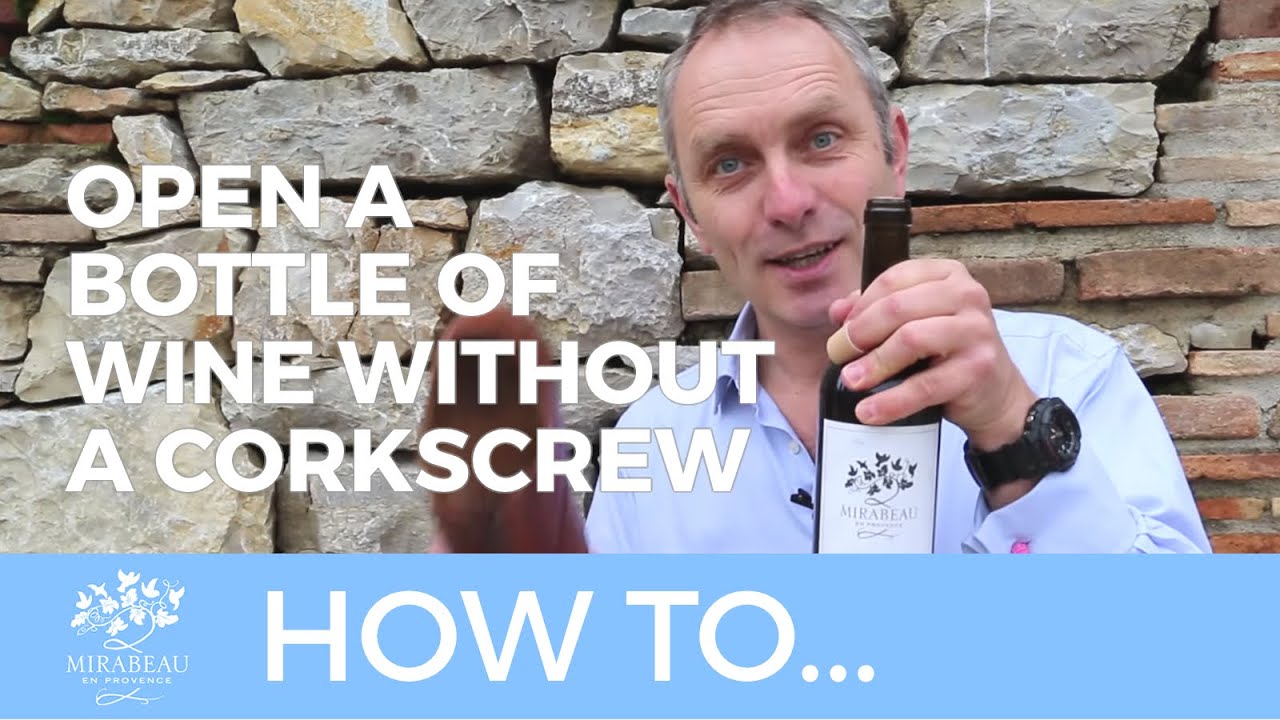 When he's not putting on his intimidating chef act on Hell's Kitchen, Gordon Ramsay is one brilliant teacher. Here are eight of his smartest kitchen hacks.

Many of them I know already. I find salting eggs for omelette and the extra crispy potatoes tips useful.

That was really nifty. I wouldn’t do it for others’ eggs, but that’s how I’m peeling my own from now on.

Also, in another thread, someone told me about steaming eggs, and that’s how I make my hardboiled eggs now. They peel really easily with that method, too, even fresh farmers market eggs.

From an old book/magazine. Ramsay may be wrong about salting eggs: 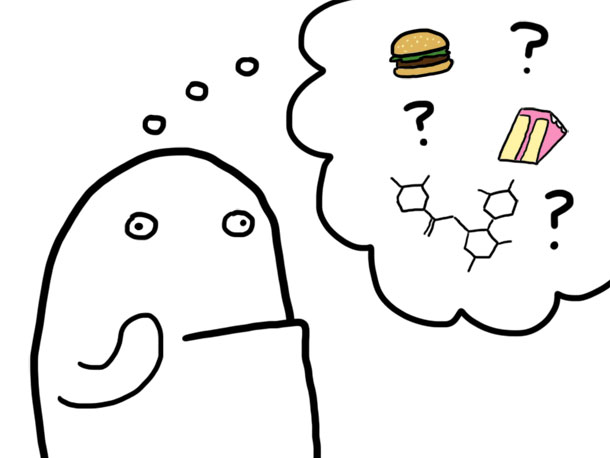 Does Pre-Salting Make for Tougher Scrambled Eggs and Omelets?

Kitchen lore says that pre-salting eggs creates a rubbery texture. We decided to give it a test and find out the truth.

Same idea with a thicker cookbook is to use a regular wire hanger. Halve the horizontal, flat section by clipping or just by folding back and forth until it snaps. Bend the “shoulders” so they slope more toward the floor, then bend the “elbows” and “forearms” so they cradle the open book, as you would if you were holding a heavy log against your chest.

How to open a bottle of wine - without a corkscrew

This was interesting. I have never seen this technique before. Might have to test it out just to see if it’s too good to be true.

Might have to test it out just to see if it’s too good to be true.

It works but it is 50/50. It depends on the cork (or maybe my nerve). Some of those synthetic corks are so tight that they are hard to get out with a corkscrew, let alone this technique. For those I’ve never had it work but I may not be willing to bang it hard enough.

I’ve always put salt and pepper in my eggs when scrambling. Cooked low and slow, they are never tough.

Same idea with a thicker cookbook is to use a regular wire hanger. Halve the horizontal, flat section by clipping or just by folding back and forth until it snaps.

My father would have liked you very much, I think. Because as long as you have wire coat hangers and a few rollls of duct tape, everything is fixable. Every thing.

Magnet bars in the fridge. 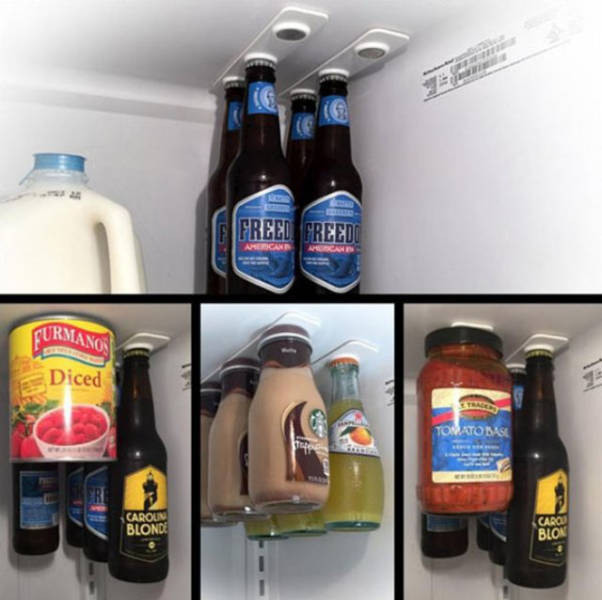 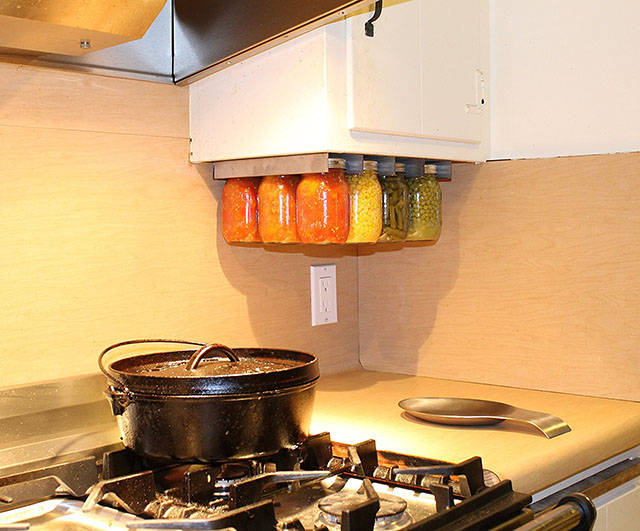 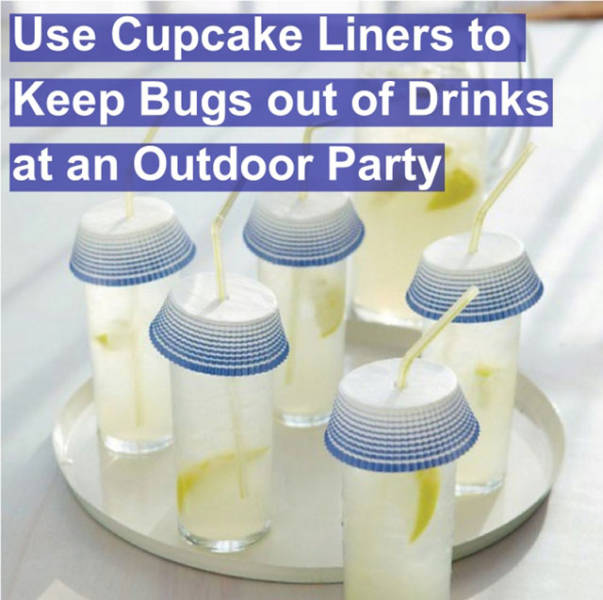 Use a soft drink bottle. 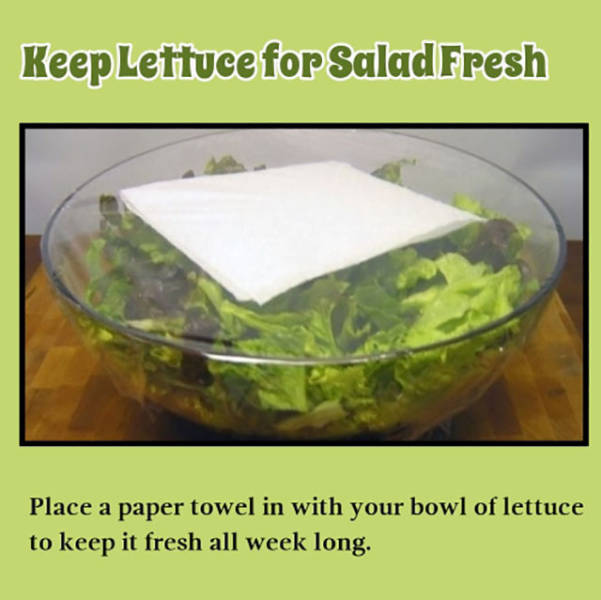 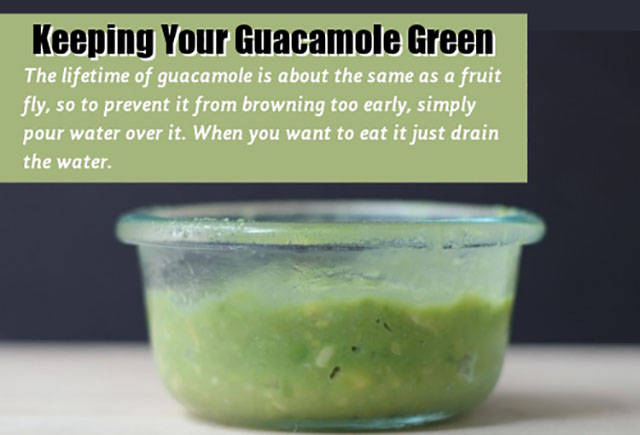 My wife has a million uses for ice cube trays…
freeze coffee for cold brewed beverages
freeze small patches of herbs, broth, dips, egg whites, sauces, infused cubes for cocktails, I can’t believe what treasures are in the deep freeze.
She also makes a stuffed pizza where you drape the dough over the tray, snug in the cube area, fill with toppings, layer another dough on top, transfe to oven tray, bake and slice to separate the individual pizza pockets. Im pretty sure I outlined it correctly.
Rarely just aqua in thise trays!

Never put knives in the dishwasher. Dulls them, cuts up the appliance.

Keep condiments upside down, they seem to dispense easier and ingredients inside the bottle seem to separate less.

I think it’s because Presunto is hosting the images on her own server, but not linking them up to the original website.

To keep lettuce fresh I wash the leaves, shake dry then lay them on a clean cotton kitchen towel (not terry cloth). Wrap up, put in a plastic bag and store in produce drawer. Keeps at minimum 10 days.