I finally killed the Halloween Cinderella pumpkin. She was so pretty! I cubed, peeled and seeded a quarter and baked a quarter. (Regret to admit that we jettisoned the other half.) So I have a huge bag of frozen cubes and a quart of puree.
What can I do with this? SAVORY, no spiced or sweet dishes. Husband asked if I were sending good money after bad. Hope not to do so. Ideas? Again, not looking for dessert or sweet scented main dishes.

Jaques Pepin said when he came to the states . He was astonished it was used as sweet. To him it was a savory dish . I have no recipes. Probably cook it with sage and butter.

It would be nice in a soup or chili - in fact there’s a Moroccan version of pumpkin soup that’s excellent. I also think it may be good mashed with Caribbean spices, as a side dish, and it works mixed with chickpeas as hummus. Or possibly roasted with other seasonal vegetables on a sheet pan. Mixed and mashed with potatoes would be another option. Many possibilities!

I love it in a Thai curry. Or with sage + brown butter + Parm/pecorino as a pasta sauce (riffing on emglow). Burmese style with shrimp (Burmese kitchen in SF does a fantastic rendition it, both with and without shrimp). I’ve heard of (but never tried) a Brazilian dish with pumpkin and shrimp.

First of all, I eat a lot of pumpkins and squashes when in season.

Make a simple squash sauce for pasta every year 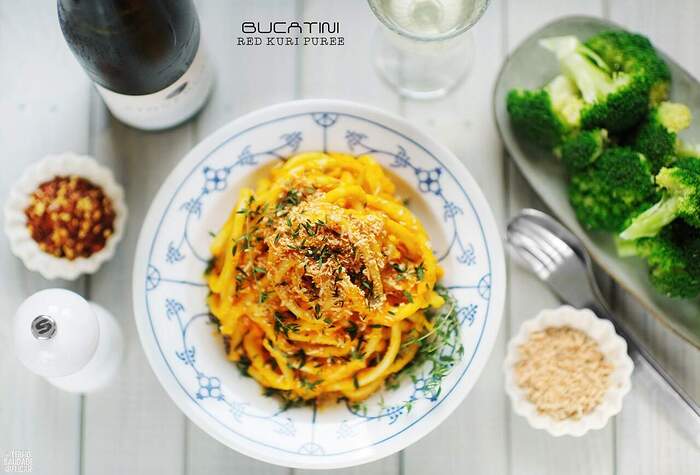 If you have dumpling skins lying round somewhere… 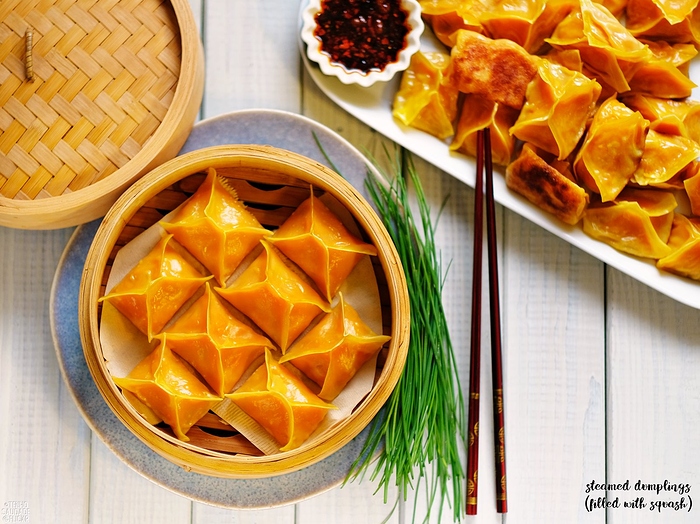 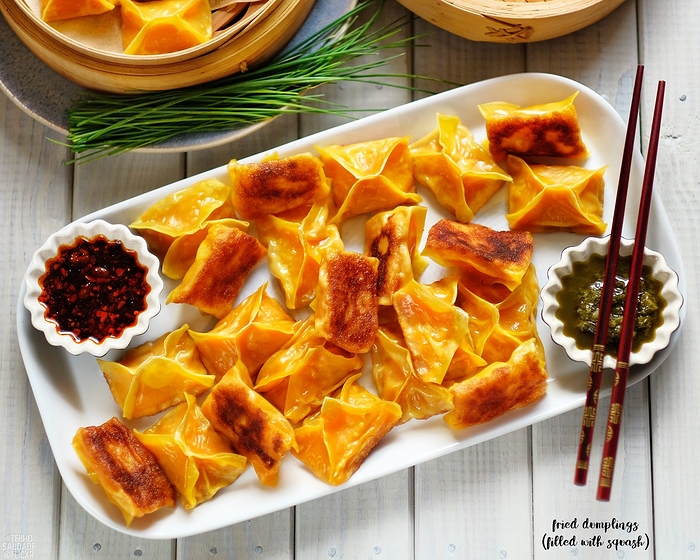 You could slice the cubes thinner and make a gratin with the slices. I use big pieces here but small ones take less time to finish. 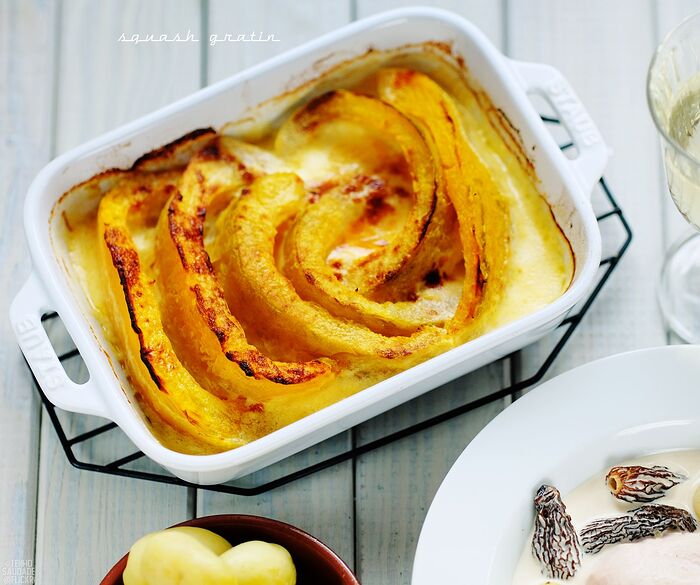 Pumpkin and butternut squash are close enough for me to inspire ingredient swaps in savory dishes, with a very important exception. Pumpkin flesh tends to be more watery and fibrous depending on the type of pumpkin. Sometimes I purée baked pumpkin in a blender to get a smoother texture to use in a pasta dish or a savory galette.

I riff on this butternut squash and caramelized onion galette as a base for squash-based savory tarts. When using pumpkin I will incorporate egg(s) into the filling for a more dense, custard-ish texture. The pumpkins I get have been less dense than other winter squashes and need help in the texture department.

I usually start with pumpkin purée I prepare and freeze. Time in the freezer seems to dry out the purée somewhat. If working with fresh I might need to remove excess moisture by heating carefully in a pot.

I’ve been wanting to try some of these ideas.

I love this squash with Tahini recipe from the Jerusalem cookbook. The bonus was learning that the skin is edible! 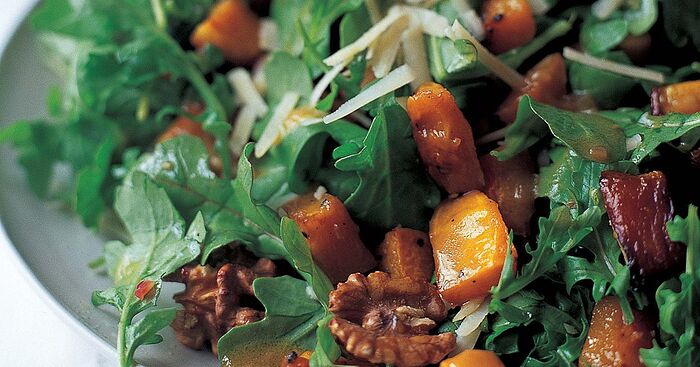 I ended up making this; tasty but sort of rich or maybe heavy. 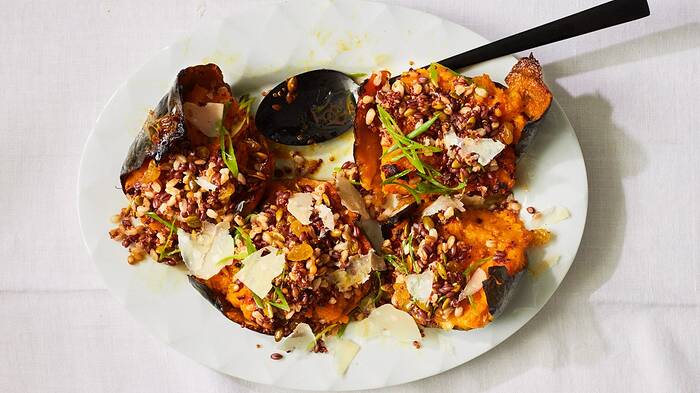 Still peeling, scooping, and cubing your squash? We're over it.

Bouncing off emglow’s sage and butter classic, here is a pasta dressing that might fly. One problem is that husband wisely warns “Don’t send good money after bad.” so I hesitate to create a dinner around a dubious ingredient.

Dubious ingredient, you say? Maybe I overlooked the variety of pumpkin you have?

If it’s a pumpkin meant for display rather than eating, I agree. I have fought the losing battle of trying to convert one of those stringy, watery pumpkins into something appealing. The local wildlife get those now.

Having fought and lost that good fight before, these days I focus my efforts on varieties grown to be good eating, like a sugar pumpkin or a cheese pumpkin.

This was a Cinderella/fairy tale pumpkin which is sold all fall and winter at our farmer’s market and eagerly bought up.

“Dubious ingredient” is one that neither of us particularly enjoys. Neither of us likes pumpkin/butternut squash and friends in spiced dishes. Nor pumpkin soup. The one way I’ve “sold” winter squash is with butter, garlic and herbs. But this was a large one, so after tossing half, I still have several quarts of 2" cubes (in freezer) and over a quart of puree, half in freezer. After a 5 minute drain, the puree is quite thick, not watery. This is about all I know at this point.

This was a Cinderella/fairy tale pumpkin

I get it now. Yeah, so it’s more of a thing that neither of you are fans of the great pumpkin. I can appreciate that (beets are my veggie nemesis).

The linked Calabrian sausage and pumpkin pasta was a winner. Will repeat. 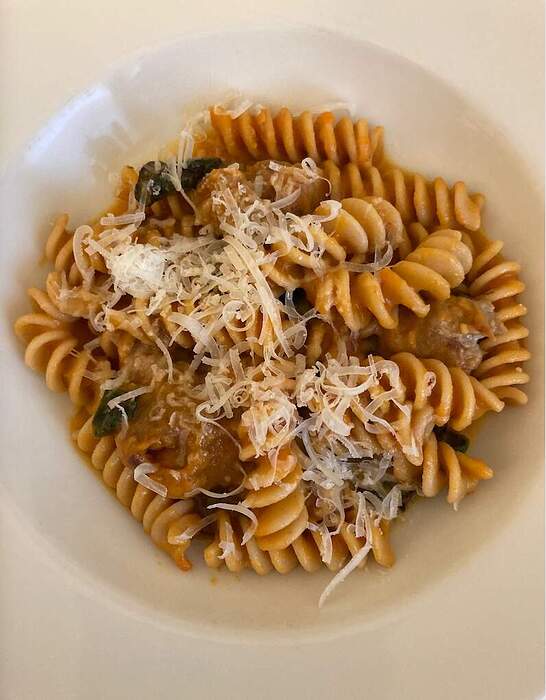 Maybe sub the pumpkin cubes in for the sweet potatoes. I found it years ago on a Usenet board and have made it as a side dish for chicken.

A spicy vegetable stew - easy to make. Some find that the flavors of the vegetables don't stand out unless you put in a lot of tabasco. But not everyone likes it hot. Just add enough to make the stew seem spicy to you.

Stir-fried pumpkin is awesome. Esp with scrambled eggs, if that’s how you roll. And that is how I roll.

Stir-fired pumpkins, no eggs this time. 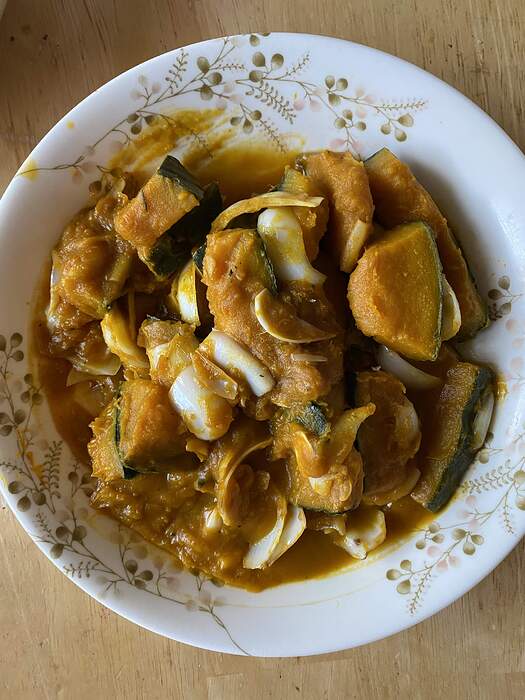 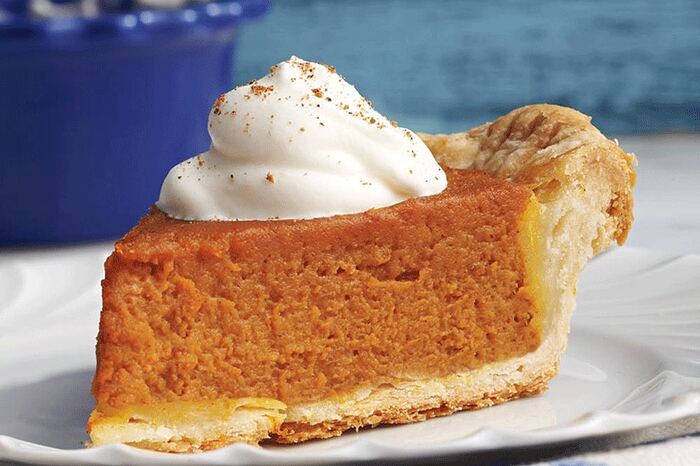 In addition to being the decorative stars of Halloween, pumpkins are a treat for our taste buds! Here are 15 recipes for cooking them after the party. Some of the recipes use pumpkin; you just have to replace it with pumpkin!

I like this savory pumpkin cake that used to be on the Gourmet Traveller site. Obviously it’s very rich, but delicious! 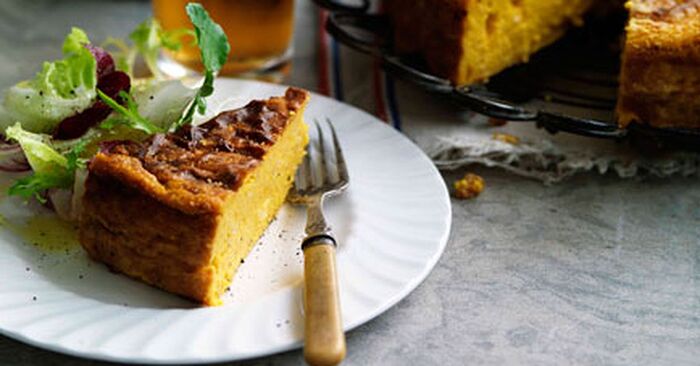 Place butternut pumpkin in a saucepan, add salt and cover with cold water. Bring to boil then simmer...

I used to love it with eggs from Khao Kang in Elmhurst: 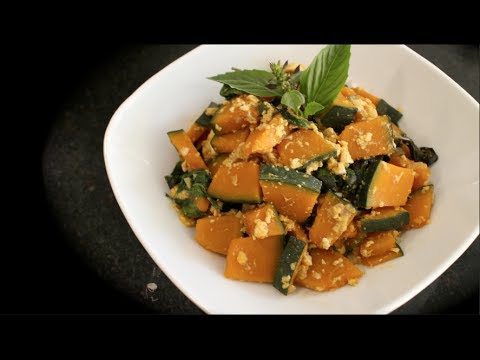