I was going to look at the comments too. Since you have provided a summary, I feel satisfied and don’t have to! The post is unbelievable, and people are just selfish. 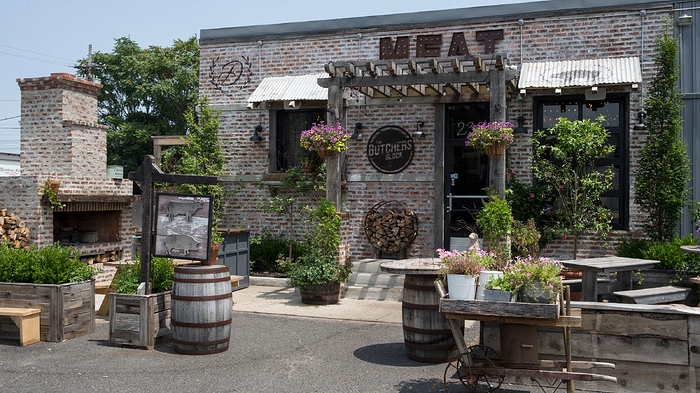 Tom D’Ambrisi, owner of The Butcher’s Block, has had enough of people virtue signaling on social media during the COVID-19 pandemic.

Great way to piss off more than half your possible clientele. I’m sure they’ll do a bump with her it’s all a hoax or overblown crowd, but the rest, man I dunno.

What’s that saying - All publicity is good publicity, or is it There’s no such thing as bad publicity?

As usual, I’ve already used up my free articles on the APP site, but all I need to know is what’s in the headline… Not like I was anxious to get there after what I’ve read/heard on here and elsewhere, but thanks for sealing the deal! NEEEEEEEEEXT

Agreed, after reading that article…I will pass. There is obviously context missing however I find it difficult to imagine where those particular words and tone is appropriate and need to be celebrated and projected on social media.

I find it difficult to imagine where those particular words and tone is appropriate and need to be celebrated and projected on social media.

That’s what I thought last time Butcher’s Block did this same exact thing and responded to it with the same snarky tone and worse language!

Business owners like this seem to be very consistent in their ‘messaging.’

It seems to come down to the appropriate preposition. There is a vast difference between “freedom from” and “freedom to”. The former generally makes possible the latter?

I too can’t read the article and won’t subscribe but I did remember that the guy in the quote is a member of this forum although he hasn’t been here in a year. Something to remember when it comes to awards time. Not all awards have to be for best of.

A friend just sent me the article: 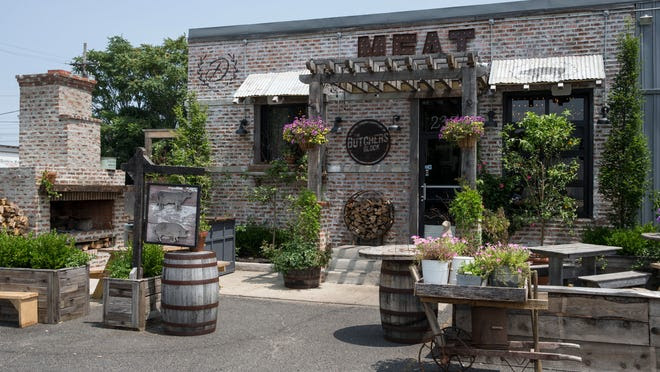 LONG BRANCH - The owner of The Butcher’s Block restaurant and market has posted a video of himself telling a customer to her masked face “to stay the f— home,” after she allegedly complained that someone at his trendy bistro was observed not wearing one.

The video — posted on the business’s Instagram page — has since gone viral, with thousands of “likes” and almost 900 comments as of early Sunday morning, most of them overwhelmingly supportive of the restaurant. 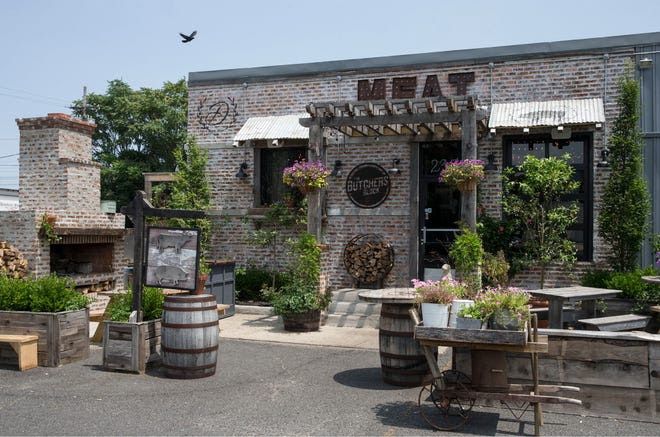 Tom D’Ambrisi, owner of the West Avenue establishment, told the Asbury Park Press he has had enough of people calling out others and virtue-signaling on social media about their own ethical superiority during the COVID-19 pandemic.

The popular restaurant, just more than a year old and a favorite for members of the “Jersey Shore” cast, routinely and aggressively pushes back on negative reviews or criticism posted online — what D’Ambrisi calls in contemporary refrain: “fake news.”

D’Ambrisi said everyone on his staff is required to wear a face covering when they interact with the public. He manages a staff of 40 and concedes there are occasional slip-ups that he corrects when they come to his attention.

He insists The Butcher’s Block is in compliance with all New Jersey’s COVID-19 health restrictions. Indeed, D’Ambrisi added, the restaurant has gone a step further, only accepting reservations from “family and friends,” until such time that the threat of the virus is abated.

“I think that got lost in the video, that we’re saying we’re not wearing masks,” D’Ambrisi said. “We are all in on wearing masks. We think that everyone should wear a mask for their safety and that’s it.”

Social media is clogged with videos of confrontations between the masked and unmasked during the coronavirus pandemic, on street corners, places of business, the floor of congressional hearings, and briefings by President Donald Trump with reporters.

But the posting by The Butcher Block is unusual at a time where Shore restaurants, still barred from offering indoor eating, are fighting tooth and nail for every customer, and expressing gratitude for each one they have.

The story behind the 8-second video clip — which can be found on a repeating loop on Instagram — is also more complicated than the brief exchange posted, showing D’Ambrisi and the unidentified customer, according to the owner.

“If you’re that concerned, stay the f— home,” he tells the woman on the video.

The video abruptly ends just as the woman attempts to have the last word. Press reporters could not reach her for comment.

Employees can be seen moving in and out of the background of the video. Although some are clearly not wearing masks, they do not appear to be engaged with the public at the time.

D’Ambrisi said the woman and her husband dined at his restaurant without a reservation this past week. The husband — whom D’Ambrisi said was not wearing a mask himself — had approached D’Ambrisi and asked him to accommodate the couple for dinner.

D’Ambrisi did. After their meal, the restaurant found itself unable to electronically process the couple’s credit card payment because of issues connected to last week’s storm-related power-outage throughout much of New Jersey.

The next day, the woman returned to the restaurant to settle the couple’s dinner bill. However, between dinner and her return to pay for the meal, D’Ambrisi said he had become aware that the woman had posted a negative comment on the restaurant’s Instagram page. Apparently, she had witnessed someone at the restaurant not wearing a mask, he said.

When she came back to pay the bill, D’Ambrisi said he decided to challenge her about her complaint — since her husband had not been wearing a mask when he had approached D’Ambrisi about seating the couple the night before, he said.

“When she came (back), I actually just confronted her about the situation,” he said. “I said, ‘I would love to show you (video) footage of last night, of your table, and that all my servers were wearing masks. … Your husband was not wearing a mask when he approached us,’ because they did not have a reservation. So I said, ‘you’re a hypocrite.’ I said, ‘we are doing our absolute best to comply.’”

Yes, there are times when D’Ambrisi said his mask or a server’s mask falls beneath their nose because they are trying to speak to customers — or for another reason or another. It’s never intentional and everyone is trying to do their best under extraordinary circumstances, he said.

“What I was trying to get at (in the video) is, I don’t think there’s any way around this virus,” he said. “I think the only way to completely avoid it is to absolutely just stay home. That was my point. And that’s how I feel about it.”

Every human being is living with the possibility that they are in peril of this virus and that is the new normal, he explained.

“I come here every day,” he said. “I have three beautiful children, a beautiful wife. I have a father over 60, a mother over 60. I know every day that I step foot in here, whether I wear a mask or whether I wear gloves, I’m still at risk to contract this virus everywhere I go. That’s the decision that I make to make a living. This is my life. But if anyone else feels otherwise, the only advice I have is stay the f— home.”

There was another “no cucks allowed” post on Instagram last week. I meant to post about it here but didn’t have the energy for this level of obnoxiousness.

I saw that one as well, I am shocked, well not really, at their attitude, but I guess their main customer base feels the same so they have a packed house

You’re probably right until some one gets sick.

only accepting reservations from “family and friends,” until such time that the threat of the virus is abated.

That’s genius. The Wifeacita caught it in March so this family guy was around her 24/7 so I assume I had it but without symptoms.

I could have gone out and spread it to anybody.

“I think that got lost in the video, that we’re saying we’re not wearing masks,” D’Ambrisi said. “We are all in on wearing masks. We think that everyone should wear a mask for THEIR safety and that’s it.”
In this pandemic a person wears a mask to help prevent themselves from spreading the virus to others. I also see people wearing masks with escape valves which really defeats the purpose. I think that Jay Leno should come back & interview people on the street to help get this message across!

Watch the video-four staff member stand shoulder to shoulder without masks on. And she doesn’t have a point?

Read the rest on IG. Seems he has quite a fragile ego regarding criticism.

Just received this text from a friend: