Taylor Ham - whatcha do with it?

I’ve heard mention of this over the years. Even saw it when I was in Southern Maine this past summer but had no space in my cooler…

Just spotted a smallish sized Taylor ham at a new to the area grocery - Sprouts. It seems to be a regional item that hasn’t migrated South before.

Would love some ideas of how to enjoy this! Otherwise I might buy it with good intentions and then it disappears in the murky recesses of my overloaded fridge…

I have no answers…but my local FB group is full of posts from Jersey people who adore the stuff…to the level of talking about what an aeful place we live because they cant find it.

Eater has some info. I’ve never partaken. Hope our NJ contingent weighs in!

It is mostly a breakfast meat served as a side like bacon or sausage. Most popular use is for a Pork Roll, Egg (fried) and Cheese sandwich served on a hard roll. At home I’ll routinely make grilled pork roll egg and cheese sandwich for breakfast on white bread in a pan just like any grilled cheese.

It’s primarily a ham product and I have used it in many different capacities besides breakfast foods over the years. Here in NJ they have spicy pork roll which I really like and I’ve used it with collard greens, chicken cordon blu’ and even topping on pizza.

What makes it different than Spam?

I think pork roll is what you’d get if Spam and Salami made a baby. It’s not quite as uniform and wet as a bologna, and is a bit denser. But like spam and salami you still see those specs of pork and fat in it.

Aside from the usual, I like to put it in my budae chigae, Korean army base soup/stew.

I think that’s why I “recognized” it! After hearing about it over the years it stood out from the other offerings in the refrigerated section.

At home I’ll routinely make grilled pork roll egg and cheese sandwich for breakfast on white bread in a pan just like any grilled cheese.

Do you cook the meat before it goes between the bread? I guess I’m trying to understand if this is basically a cold cut or if it is more like an uncured sausage. Either way it sounds tasty!

Yes, I will brown it on each side maybe 3 mins each side on a heated pan. I’m fairly sure you can eat it “raw”, uncooked, although I have never tried it that way. Even if stuffing it in chicken I will brown it first.

Thank you! I’ll buy some next trip to that grocery.

Korean Army Base Stew?
I’m intrigued. What is it?

This stuff is delicious. Order a sleeve online and give it a shot. We eat it on bagels,rolls, toast etc with egg and cheese normally.

It is cooked already lIke a hotdog but you need to fry or grill it up. It is one of things I’d eat several times a week if it wasn’t so fattening.

Only by some misguided individuals…

Taylor (Swift) Ham is further an essential topping with egg, cheese and a tomato on a genuine Jersey Shore Burger. 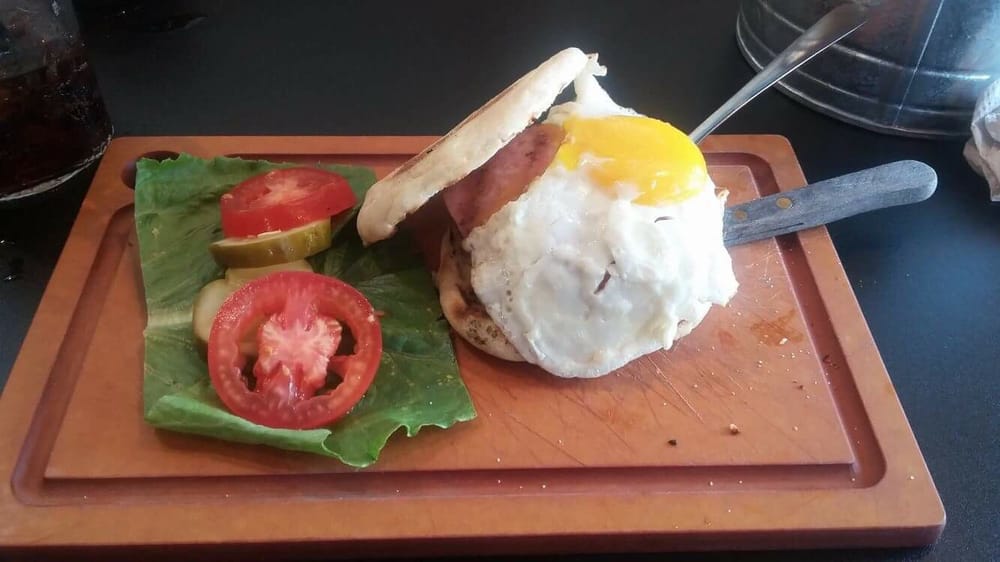 And this thread would be incomplete without a shout out to our heroine:

It’s really awesome if you fry it up crispy like bacon too. As is kosher salami.

Aside from the usual, I like to put it in my budae chigae, Korean army base soup/stew.

So budae chigae is one of those insane food creations that happen when cultures and necessities collide. It’s basically a spicy korean stew/soup, but made with canned American goods.

So the base of the dish will have things like Korean chili paste, kimchi, some vegs and tofu, but on top of that you add American Classics like spam/ham/hot dogs, American cheese, and baked beans.

Legend has it that this came to be during post war Korea with Koreans using handouts from US military as replacement items in traditional Korean dishes.

It is usually cooked at the table with some kind of noodles usually finding their way in. 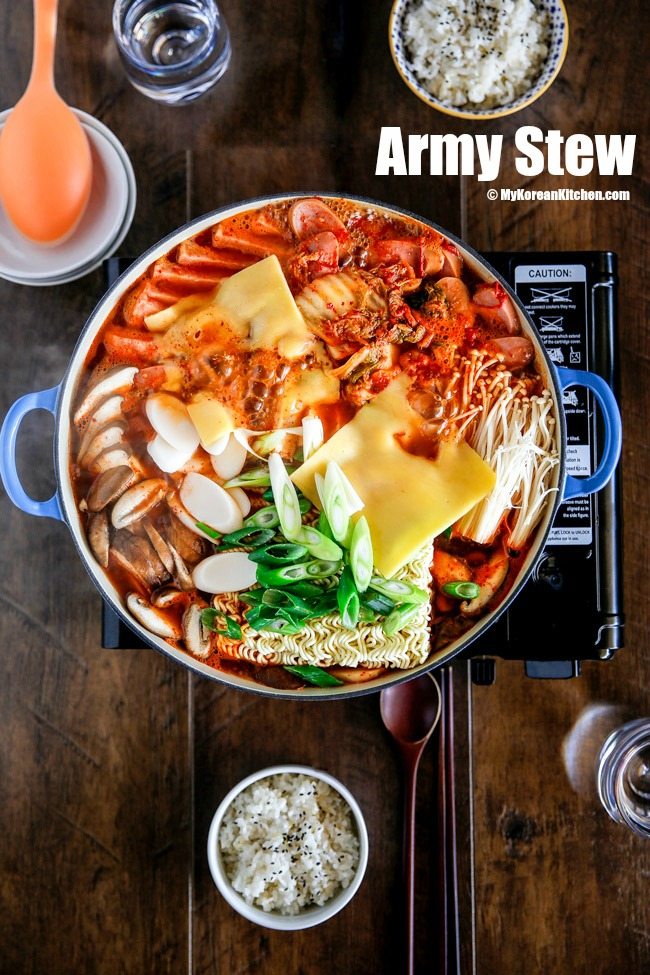 For some reason, Taylor ham is just the perfect hammy meat for this dish. I’ve been eating it with spam and hot dogs for years, but none of them can compete with the flavor and texture of Taylor.

A couple example recipes below:

Learn how to make popular Korean hot pot dish - Budae Jjigae (Army stew or Army base stew)! It is loaded with Kimchi, spam, sausages, ramen noodles and much more! Korean hot pot dish is one of the most frequently requested recipes from my readers.... 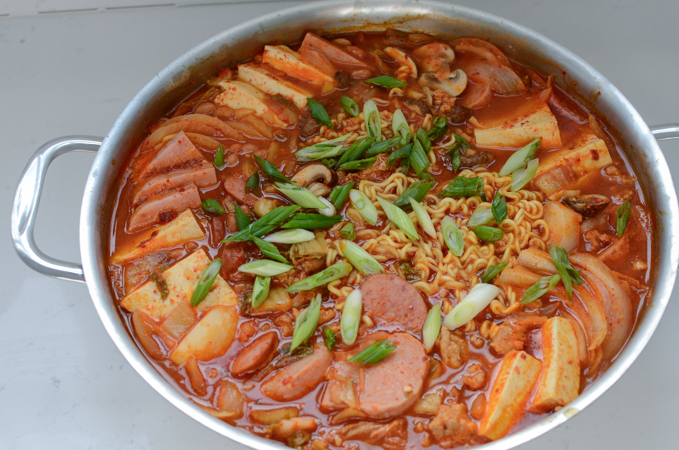 Tremendous! Thanks so much

My pleasure, hope you enjoy!

BTW not sure what kind of Asian/Korean pantry you have, but the chili paste is totally optional, some people even insist it doesn’t belong in dishes like this.

Lots of Asian culture on the West Coast.
:)