I have been considering buying a preseasoned wok from Taylor and Ng after America’s Test Kitchen rated their flat bottom wok as the winner in their recent wok test. Unfortunately they are all backordered through June so I ended up buying a cheap 14" IMUSA unseasoned carbon steel wok from Bed Bath and Beyond to use in the meantime since I needed a pan ASAP. After seasoning it according to the directions I’m pretty happy with it for the couple of times I’ve used it. Now I’m wondering if I should still buy a Taylor and Ng preseasoned wok once it comes back in stock, or just stick with what I have.

Does anyone have experience comparing the Taylor and Ng woks to others that can chime in?

Here in my old age I’ve learned, the more tools you have, the happier you’ll be. Wait. And spring when the Taylor & NG Wok becomes available again.

Thanks for the advice. However, I’ve already purchased the IMUSA wok so the only question is whether I should “upgrade” to the Taylor and Ng wok once it becomes available.

Now that I saw this post, I just checked the Taylor and Ng website and Wayfair webpages of their older products.

The latter reveals ratings of 3.5-4 stars out of 5 on average. I am curious to find out more about T&N woks too. I just burned $99 on Made in Cookware’s carbon steel wok, which is more trouble than it’s worth. Mistake purchase.

Sorry to hear that your wok purchase didn’t work out. $99 sounds like a lot to spend on a wok, what made you decide to go with the Made In Cookware brand? One of the reasons I decided to go with the IMUSA wok other than the fact that the T&N woks are out of stock is that if it didn’t work out or I ended up thinking it was too much trouble to maintain I wouldn’t be out that much money (plus BBB has a very liberal return policy).

Just looking at pictures of woks online it seems that many of the brands are basically just taking a white label wok from China and slapping their name on it. The woks themselves look identical. Which leads me to think that the pricier woks are really more expensive because you are paying for the name and not necessarily an improvement in quality.

I bought this wok because of the good reviews online, but now I think that they are simply marketing articles disguised as independent reviews. Also, they are made in France and thus I hope that the quality would be higher.

Japanese Wamada Woks have a great reputation. They are expensive, so I won’t recommend getting unless you you know you want a nice wok. It is machined hammered wok with numerous pounding. 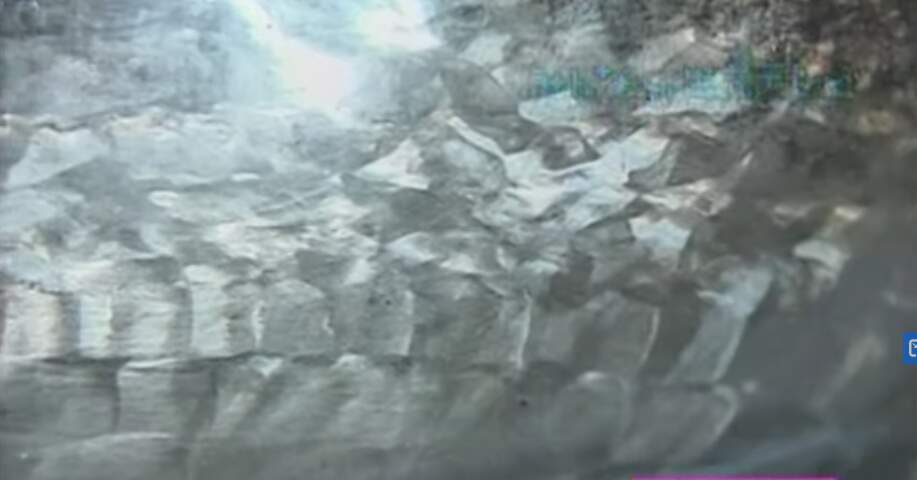 There is a Chinese brand starting with Z that is selling hand hammered woks for about $200-300 USD, substantially more than the $50 ones on amazon. Is this legit?

Yeah, that was what I was hinting. The short answer is: it is legitimate a hand hammered wok, but I don’t know its quality.

To give you a little background, 章丘(Zhangqiu)wok got really famous about two years ago because these hand hammered woks were featured on a TV show, and many people in China wanted one. The price went up like overnight, and sale volume increased 60 times. This led to the many unprofessional people changed job and started making woks to catch the fad. The quality went down big time. Keep in mind that 章丘 is a location, not a brand. Kind of like Seki in Japan famous for kitchen knife. I can move over to Seki and start making kitchen knives too. It doesn’t mean my kitchen knives are any good.

ZhenSanHuan(臻三环) is the one you are asking. ZhenSanHuan is one of two famous brands from Zhangqiu. At this point, there are still plenty uncertainty. If you are interested, I would say wait a little longer.

Anyone have any opinions on Yamada woks. My father recommends them and the price is pretty reasonable.

Also I know this is a noob question but what’s the advantage of a hand hammered wok?

Also, regarding the TV show, is it A Bite of China? Is it available to watch anywhere in the US and does it have english subtitles?

I recall reading some websites saying that Yamada is a very reputable manufacturer in Japan. Wish I found this brand before I bought mine.

Looks like I can’t edit anymore but just noticed Chemicalkinetics mentioned “Wamada” (assume that was a typo and you mean Yamada) above as being good woks. Also, found some discussions on “that other forum that starts with a C” from many years back with some good discussion on woks as well.

Looks like back in 2012 there were some woks being sold by a place called e-woks which were popular but sounds like they are out of business now.

Yes, zhensanhuan is the exact brand I had in mind. Thanks for the insights, I will wait.

I have never own a Yamada (sorry for earlier typo) woks, but I have a good opinion of their woks. That being said, like many, they offer thinner and thicker woks. I noticed that some people who like thin woks accidentally bought the thick ones and versa vice. So I see a few complaints like “This wok is too thin” or “This wok is too heavy”, and I feel these are issues which can be resolved by buying the proper thickness.

The arguable advantage of a hand hammered wok are at least two for. 1) A hammered wok is that it last longer and it is a widely shared belief (it probably doesn’t matter to a home cook though). 2) it is a piece of art. There are also argument of “food less likely to stick” and “easier to season”, but these are mainly because the surfaces are less even, not because it is hammered per sa.
They are really beautiful to look at when they are new, but once it is seasoned, it is just black like any wok. This is a beautiful wok photo from Grace Young’s Breath of a Wok photo: 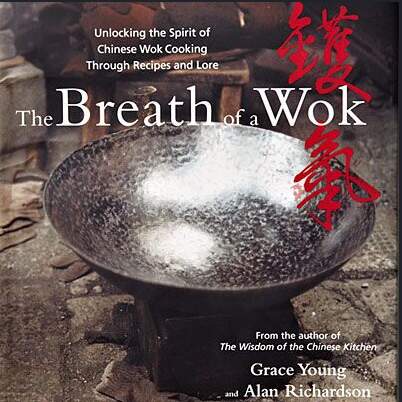 I bought a hand hammered wok 8 years ago before the big hype, and it has a very similar look but unfortunately I didn’t take a photo right away. Back thenthe wok itself was sold around $40 which is a steal now. The shipping actually costed ~$30. Quote from my old post from CHOWHOUND: “These hand hammered woks are $44 or so. Unfortunately, the shipping and handling cost quite a bit. I ended up paying for $72.” It is funny because back then many people think I was paying too much to buy a $44 wok ($$72 including shipping) because to them woks should not be more than $15. I have a few photos (after a thorough wash and after stove top seasoning) at CHOWHOUND and am posting them here too 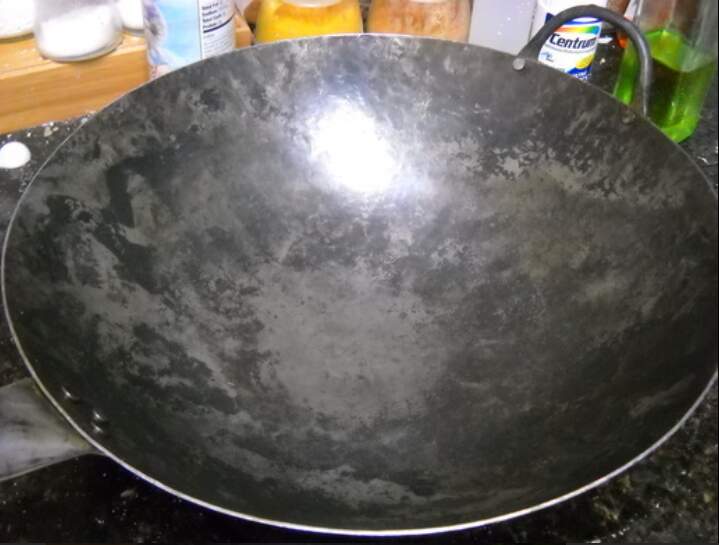 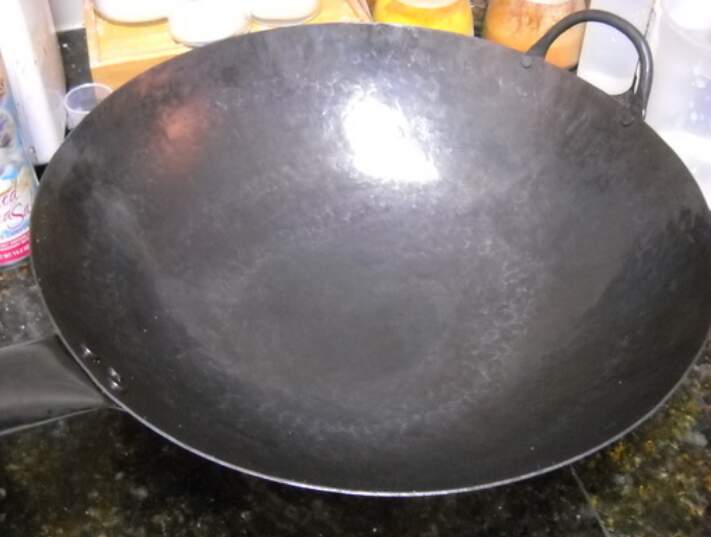 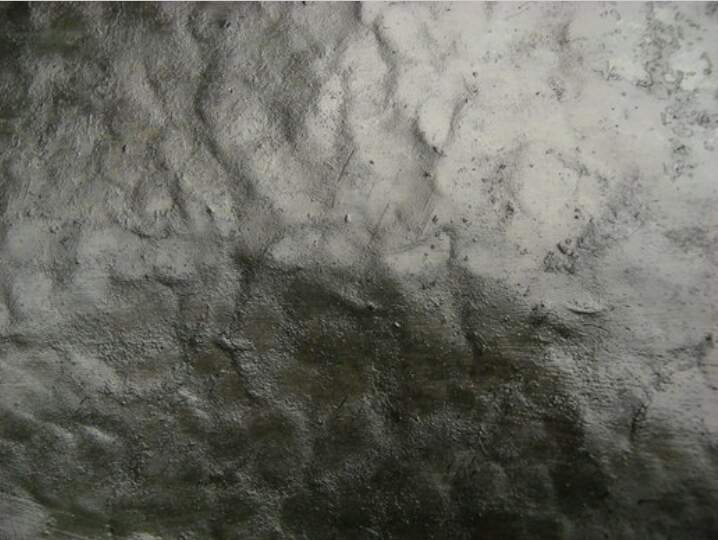 image.jpg718×540 46.3 KB
I have many carbon steel woks before (3-4 styles from Wokshop and 1 from Williams Sonoma). This hand hammered wok is by far head and shoulder better than the others. As I wrote in my old article, it may have nothing to do with “hand” hammered, it may simply be better made. Yes, I thought it from e-wok, but I won’t say they were popular as they didn’t get enough business back then and had to close down. Again, how ironically that they were selling $44 high quality hand hammered wok back then and people think they were too expensive, and now people are willing to pa $200-300 hand hammered woks during a more questionable time.
5 Likes
Chemicalkinetics (For the Horde!) May 9, 2020, 2:11am #16

They have at least season 2 on youtube in English. (Personally I don’t watch them. It is just that I know the hand hammered wok got really famous after being feature on the show)

Thanks for the detailed reply. Personally the longevity of the wok and the look aren’t high priorities for me, but I can understand that it’s likely a higher quality wok and not as you said just because it’s hand hammered. Perhaps I’ll look into upgrading to one someday (hopefully after the hype dies down). The Yamada woks definitely seem like they would be easier to buy although it would be nice to see one in person and of course I wouldn’t be able to try out the different thicknesses to figure out what one works best for me so it would be a bit of a risk.

Thanks. Awesome that it’s free and there are even english subtitles!

Where do you live? If you live around a big city with a good size Chinese community around, I have seen these Yamada sold in restaurant supply stores and kitchen stores, like NYC, SF, Philly, and LA…etc. If you happen to live in LA, I know HITACHIYA in Torrance, California carries these. You can call ahead to make sure they have it in stock (after this whole CONVID-19 thing). If anything, among high end woks, you have the best chance to see a Yamada wok in person than any other woks just because there are professional chefs use them, so a few restaurant supply stores carry them.

The world famous WOK! Because it's been hammered several thousand times, iron particles are smaller and very durable. The fine bumps on the surface allow the oil to spread smoothly. Ingredients also burn less due to the surface of the wok. Made in... 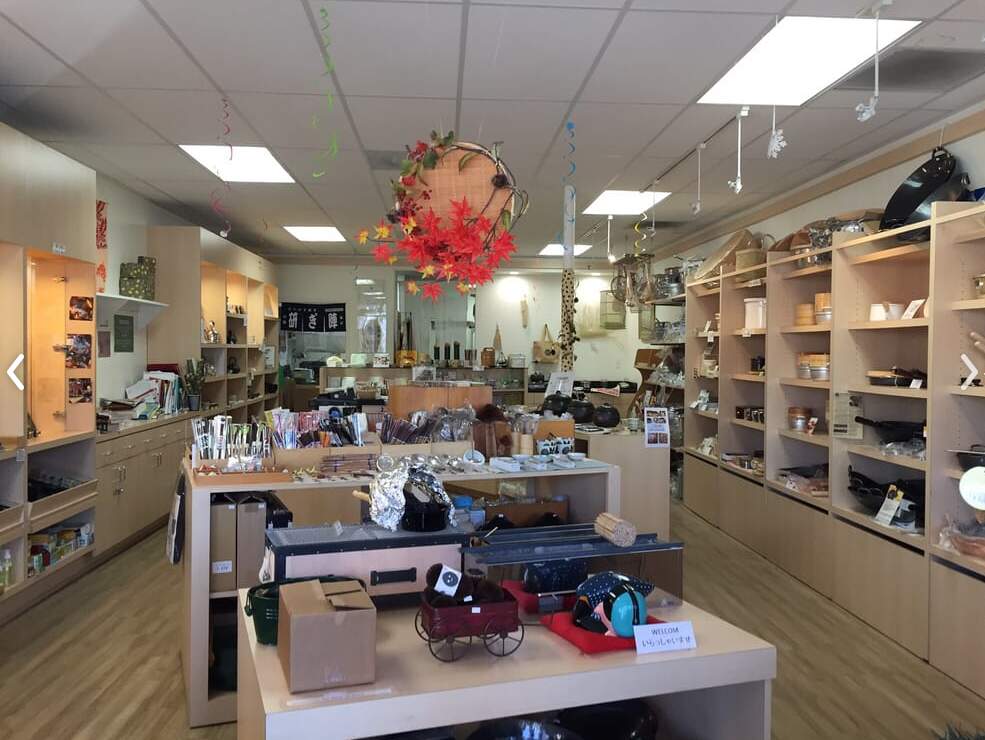 I live near San Jose, CA. Know of any places around here that carry them? There are a few chinese restaurant supply stores around here and I guess I could call and ask if they carry them. I had read about Hitachiya but I don’t go to LA often. Does the wok shop in SF carry Yamada woks? I don’t go up there often either but its still closer than LA ;).