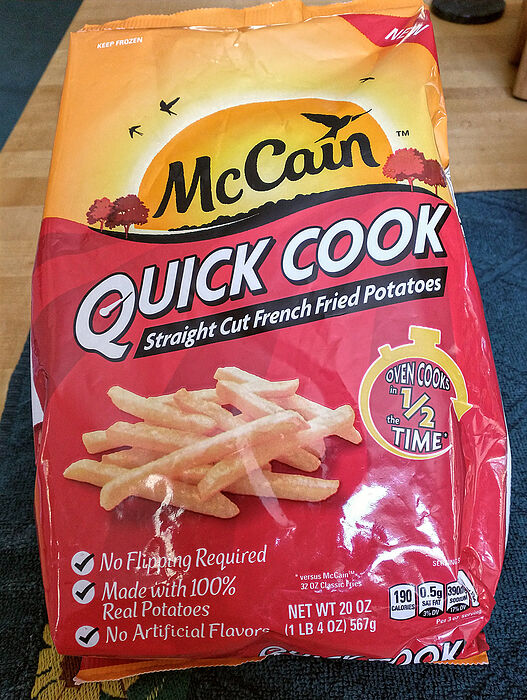 A few weeks ago I got these as a substitution on a Safeway order… and God bless the occasional substitution as they are more than an order of magnitude better than what I used to buy.

Two things about these… they are long, with no little chards of fries you get with other brands. And, they cook up fast (7 minutes in my toaster oven on the hash brown setting) with a satisfying crisp and a soft, fluffy interior.

On a lightly oiled pan with a good pinch of kosher salt they come out better than McDonalds (I’m not kidding). I used to rarely do frozen fries, but these are on my shopping list almost every week.

McCain is , by far, the brand leader in the UK for frozen chips (and American style fries). We usually have a bag of their oven chips in the freezer.

Many years back, we were visiting rural northern France (following where my grandfather had served in the Great War). It’s a large potato growing area. We were having a drink in the hotel bar and got chatting to the only other customer, a fellow Briton. Turns out he worked for McCain’s procurement department and was on a quality control visit to the area to watch over the harvest, prior to shipment to the UK.

It is so omnipresent here that it rather surprised me, when I looked just now, to find that the parent company is Canadian

I would agree that McCann’s is the best frozen fry out there, at least that I’ve had. It’s hard to find a frozen fry that comes out of the oven like a fresh one. There’s always a hint of “Yep. Frozen”.

However the exact bag you mentioned came out wonderfully in the air fryer last week with no added oil, just salt and pepper. My BF made truffle fries out of them. Stop and Shop label sells a spicy steak cut fry that’s outstanding and replaced any other brands for us. An unexpected all they had in stock buy some time back.

I know McCain is a major brand, but I’ve never seen their products here in western Colorado.

I started a thread on frozen fries/tater tots/onion rings on another website a few days ago. It’s only gotten a few replies. Alexia products seem generally liked. I’ve been fairly satisfied with what I’ve had from that brand. Checkers/Rally’s fries are what I’ve been having recently. I like those. I don’t have a lot of experience with frozen potato or onion products, but I’m about to start trying products I’ve never had before. I’ll be on the lookout for McCain.

One brother (Wallace) owned the McCains potato and the other brother owned Maple Leaf, which is one of the top 2 brands for ham, bacon, hot dogs and cold cuts in Canada. 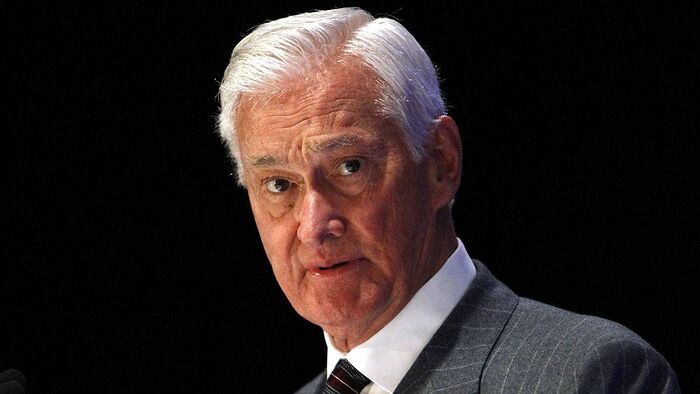 The ancestors of Harrison McCain left County Donegal in Ireland in the 1820s, two decades before the Great Famine, which was triggered when potato crops — a staple in the Irish diet—failed repeatedly due to potato blight. Yet it was potatoes,...

McCain is still probably the most popular frozen potato company in Canada, but I also like Cavendish Farms.

If you go to the McCain website, you’ll find a store locator. Around here, it’s mostly Safeway.

No luck. It looks like the nearest are about 250 miles away (Walmarts in Denver), and they only appear to carry McCain’s Smiles (smiley face shaped potatoes.)

Just checked Randall’s (Albertsons/Safeway owned chain here - Houston) and they have the OPs product and the crinkle cut McCain’s. I may try them, but I don’t fix ffs at home very often.

They also have the largest selection of Alexia I’ve seen in the stores I usually shop from. I tried some Alexia once - I think it was their tater tots product - and wasn’t impressed. Possibly my lack of frying skills - I don’t do that sort of cooking much.

On an episode of ATK or CC when Kimball was still there, he picked McCain’s in a taste test. The tasting panel placed it last (maybe only 3-4 or 5 were considered, of course). The tasters chose Alexia organic yukon golds.

Usually the only time I have ffs at home is when I bring home leftovers from dining out or as part of a take-out meal.

I haven’t had any Alexia regular potato products, just onion rings and sweet potato fries and puffs. I thought they were pretty good. The Yukon Select fries are on my list of potatoes to try.

Smart and final in SF has them

No luck. It looks like the nearest are about 250 miles away

I am guessing these are new to Safeway/Albertsons chains as I have never seen them in my local Safeway prior to this substitution. I used to buy OreIda (not a fan), and then Checkers/Rallys (also not a fan), settling on Safeway “Select” brand which were pretty good.

So maybe keep an eye open for them if you’re shopping Safeway/Albertsons as they may get there eventually.

I am in Los Angeles and my Ralphs (which is a small, not fancy one) says they have them! The quick cook crinkle cut. I will look for them the next time I am there!

They also say they have the straight cut ones but refer to them as “Battered” fries. Hmmm… Pricier than my normal frozen but if they can be more like mcdonalds? I am in!

I think I’m going to get sick of this frozen onion rings and potatoes binge pretty quick. I’ve just been baking the things I’m trying.

Arby’s Curly Fries are okay. It’s hard to cook them evenly because the sizes and shapes vary so much. The ones that end up just right aren’t bad. Probably wouldn’t buy them again.

Alexia House Cut Fries are also okay. They’re bit bland and don’t really brown. Probably wouldn’t buy these again either. I wanted to try the Yukon Select Fries, but the store I shopped at didn’t carry those. I’ll get to them sooner or later. I’m thinking later.

Grown in Idaho Super Crispy Crinkle Cut Fries crisped pretty well but have a slightly odd flavor. Ketchup is enough to obscure that flavor, but I wouldn’t buy these again unless I don’t find a crinkle cut fry that’s better. My guess is that I will find better.

Ore-Ida Extra Crispy Fast Food Fries are the best Ore-Ida fries I’ve had. Not fantastic but good. Looks like they tried to copy McD’s fries and succeeded more with appearance than taste, but still, they aren’t bad. I bet these would be pretty good fried. I’d buy these again.

In the freezer but untried are Nathan’s Thick Sliced Battered Onion Rings.

All the hotdog stands in a Iceland use McCain‘s fries and holy cow are they uniformly good. Icelanders take particular pride in their hotdog stands - it’s fast food yes but with some soul. 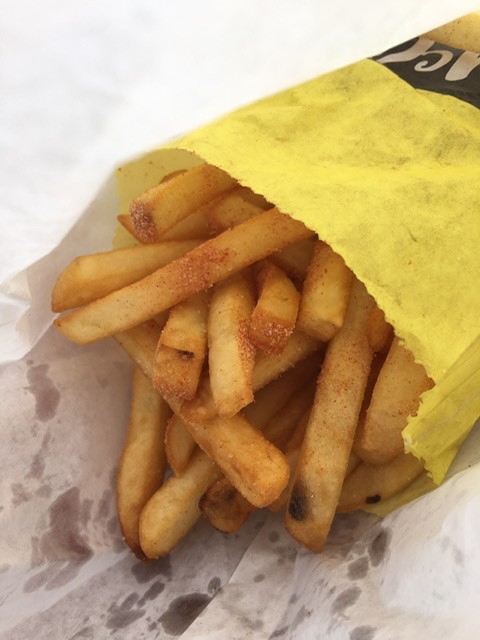 I got a bag of the OP’s McCains and followed the baking instructions. The flavor is great. I didn’t spread them out over the baking sheet, and the ones on top crisped up nicely while the ones in contact with the sheet were a little soggy. I’ll try cooking them longer next time, and my new stove with built-in air fryer should be installed in the next week or so.

Air fried some of the OP’s McCain’s last night. These are the best I’ve tried at home and VERY easy. I didn’t think to salt them when they were done (brain freeze?), but they were still good. Thank you ScottinPollock.

A single layer of the fries on a lightly oiled pan did the trick, with a few minutes more baking than the instructions call for. Very good.

ETA: While the instructions say that you don’t need to flip them during baking, I did toss them with a spatula halfway through the baking, to make sure they didn’t stick to the pan.

They also say they have the straight cut ones but refer to them as “Battered” fries. Hmmm…

They do contain corn starch and rice flour, so I guess that could be considered “battered”, but the coating is so thin it is practically indiscernible. I think they do this to get them to crisp up faster, keeping the inside soft and fluffy.