[Sunnyvale] Pista House- a chain from Hyderabad and its haleem

Last week I was trying to eat at Aachi AappaKadai but it was a zoo in there. So I crossed the street and headed for Amaravathi Indian Pure Vegetarian Restaurant across the street to get some dosa/ pesarattu. Alas Amaravathi closed already and in its place a new restaurant called Pista House opened. Pista House is a chain from India with about ten locations in Hyderabad and three in the Bay Area- Milpitas, San Ramon and here.

They didn’t have their signature item haleem, which is a stew with meat, lentils and pounded wheat. Later I saw that they seemed to feature their haleem quite a bit on the website. So I would like to try that another time.

I ended up getting their non-veg thali, and tried a bit of everything. Pardon my lack of precision with the naming. I was told the names of the individual items, but didn’t remember some of it. 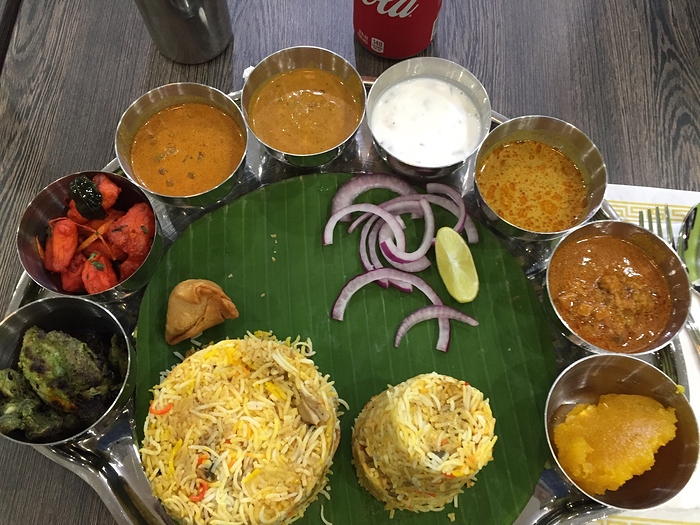 Clockwise from bottom left. The green chicken breast was a bit dry, but seasoned well and was very delicious.

Chicken 65 was I thought one of the better rendition around. Still tender and moist versus some other version it was fried to a rather dry state.

Raita for the biryani.

Gravy for biryani with nuts. The gravy was a welcome addition to the biryani.

Chicken curry tasted tomato based and was pretty nice.

The two biryanis tasted fairly similar. The rice was a little bit mushy but it was flavorful with a prominent fennel seed aroma. The goat was tender and flavorful. 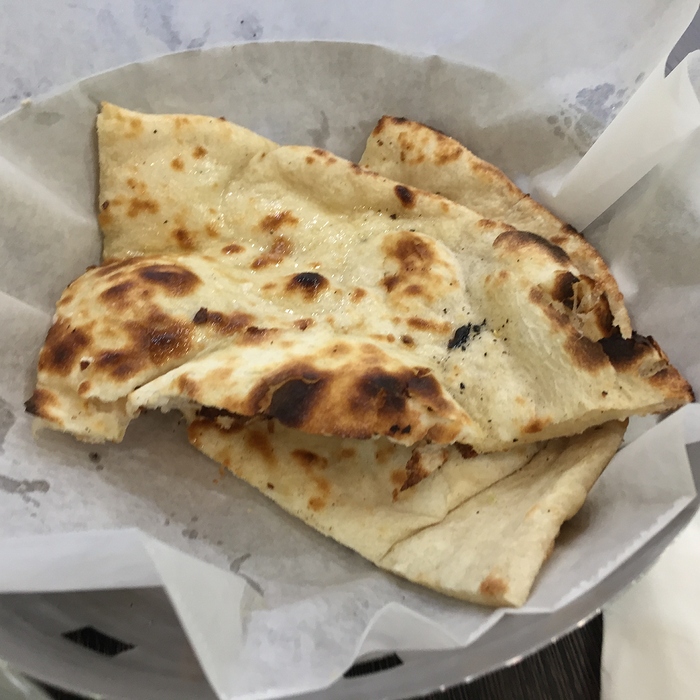 Even without refilling any of the items, the thali came with a massive amount of food that I barely finished despite arriving hungry.

Page 1 of their menu: 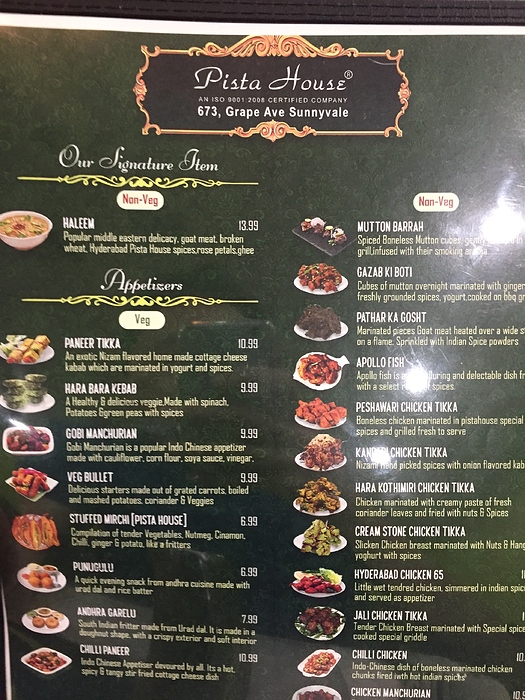 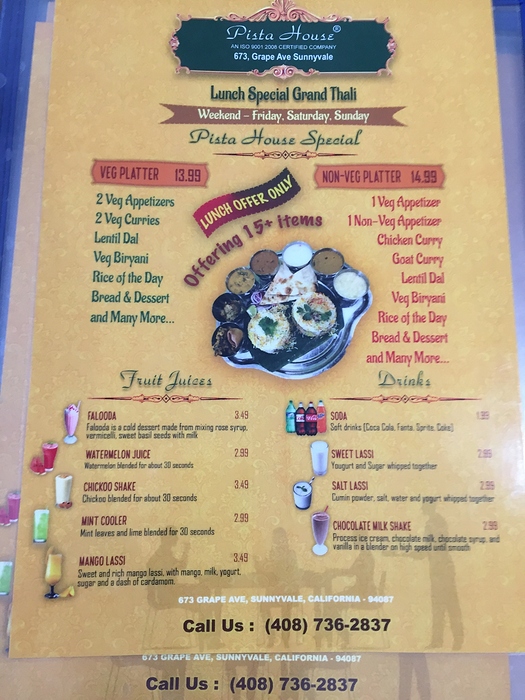 Bright and cheery space. Very clean. It was not crowded so I sat down. This place could use some support. But the location was a bit hidden. 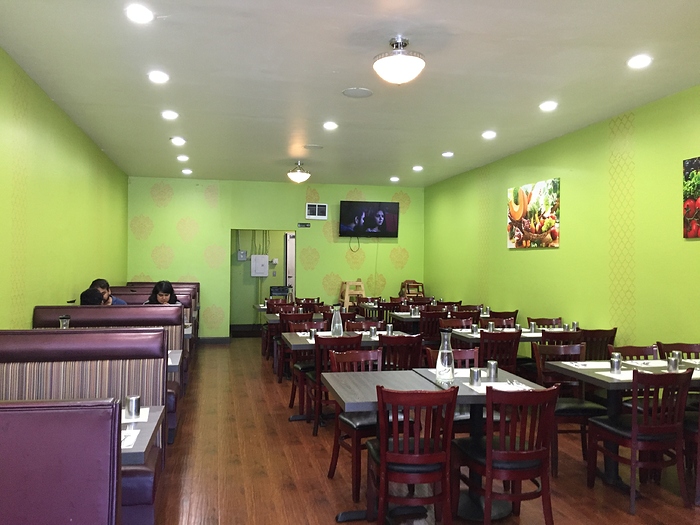 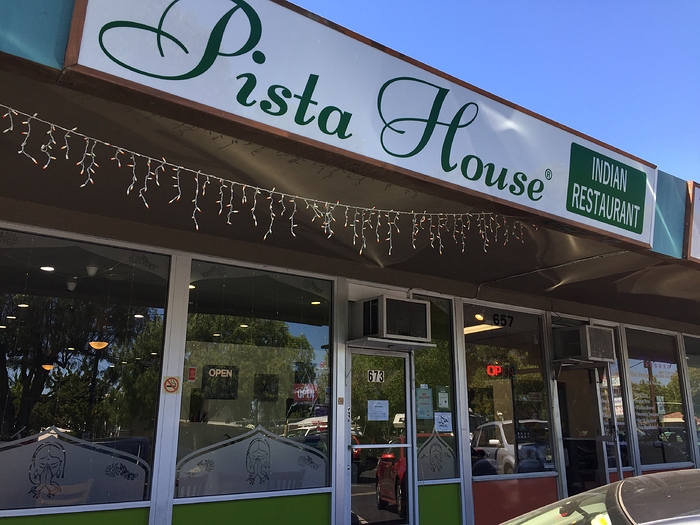