Amaravathi Indian Pure Vegetarian Restaurant replaced Taste Buds a couple of years ago. Its focus is Southern Indian dishes from around Andhra Pradesh.

I grabbed a MLA pesarattu or my dinner. I wasn’t familiar with pesarattus- its a variation of dosas, made from green gram lentil and rice, soaked and ground into batter then fried.

I also thought its interesting that nowadays with the Indian population growing in the Silicon Valley, we are getting more and more dishes previously only found in the Indian subcontinent- a golden age for Indian and Pakistani food lovers like me. We are lucky that we don’t have to fly a whole day to try the food. Purists may argue that the food taste different with different spices, produce, meat, etc. But I have no point of reference versus the ‘original’, or the ‘good stuff’. One day that may be rectified, perhaps.

The MLA pesarattu was relatively thin, and came with upma- semolina, and what looked like chickpeas and lentils, plus raw red onion- inside. Its then folded into quarters. The upma was seasoned lightly with spices. It tasted a little bit like spiced scrambled vegetables. The pesarattu came with a relatively sweet coconut sambar with mustard seeds and a spiced tamarind-ginger chutney, as well as an unidentified spicy orange-tinted soup/ stew mixture with some onion.

Some googling suggested that the pesarattu may be slightly sour from overnight fermentation, though this version wasn’t. So perhaps Amaravathi skipped the step.

Overall, hearty and comfy for breakfast, even though I ate it at night. Not meant to be spectacular, but did the job. 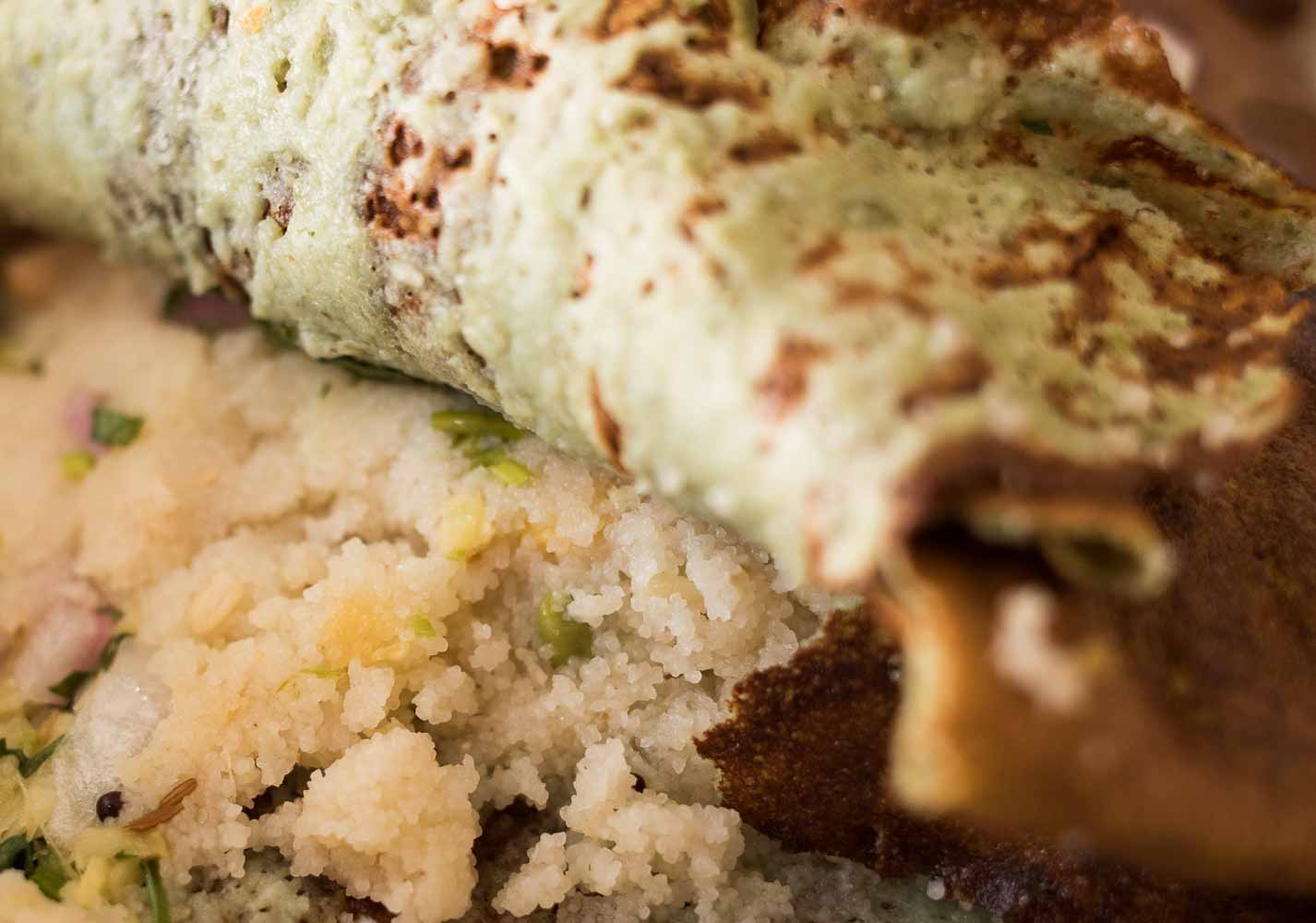 Its called MLA pesarattu because its popular in the the MLA quarters at Hyderabad.

Pesarattu is made from unpeeled dried Mung Beans/ Moong Dal/Green Gram (as you stated) .
Typically served with Coconut Chutney(sometimes Tomato- Onion, Cilantro and or Red Coconut Chutney) and Sambar. I wonder if that is what you had with it.

I thought those two small sambar/ chutney are what you refer to. So the additional ‘soup’ is still a mystery. Didn’t have a chance to ask.

Sambar is usually served in larger portion then the Chutneys 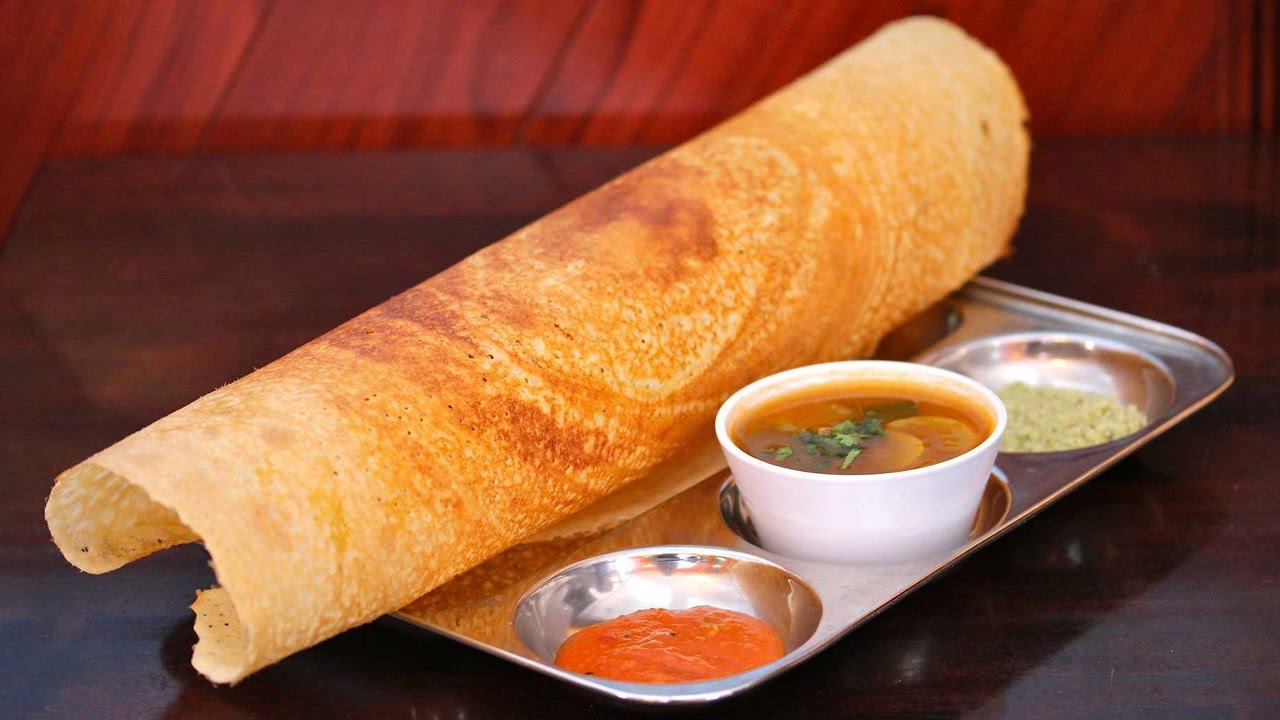 The orange soup is the sambhar (basically a watery lentil soup with some veggies typically drumsticks), the other two are chutneys. one is the classic cocunut chutney, the other seems like a tomato based one

Aha! Then I got the original post wrong then. It should definitely read two chutneys and one sambar. Thanks!