Went to Bezawada a while ago. The restaurant is one of the better reviewed ones with fresher decor. Went for lunch. Everything in the thali was ok to adequate but nothing wow’ed. Pricier than average, because of the nicer decor.

Checked in at Yelp to get a free mango lassi, which was very sweet.

There was a big crowd during late lunch. Get in line at Yelp to eliminate unnecessary waiting. 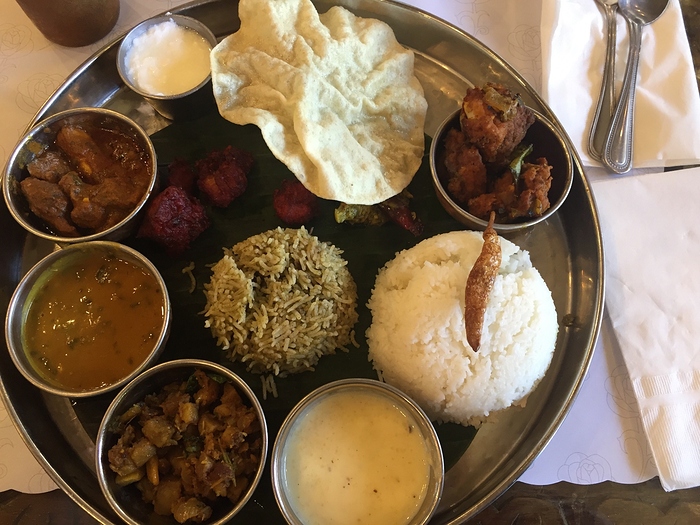 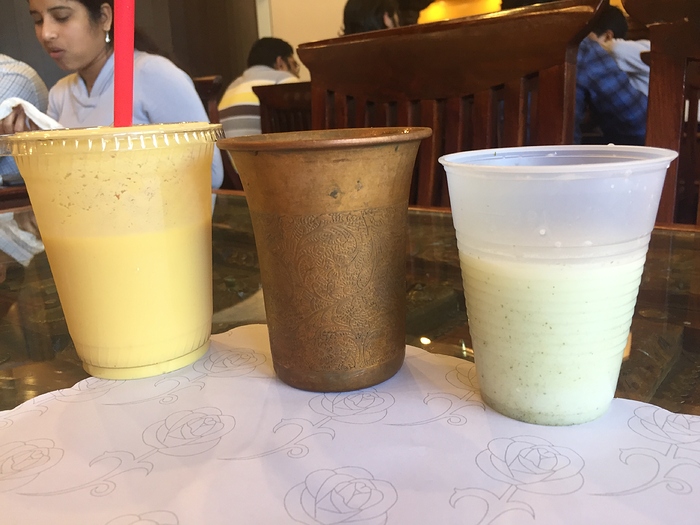 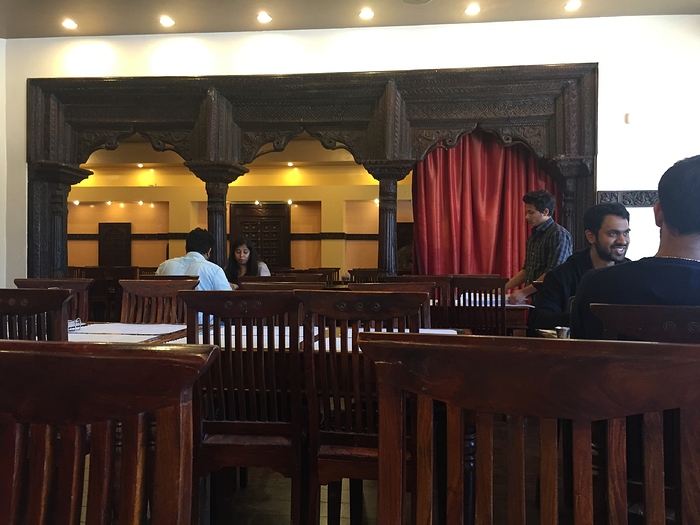 We often go to Bazawada in Mipitas . For the Weekend Bhojanam (thali). We find the dishes really well done and not toned down at all. Not too oily or salty. I would think that the Biryani that is on the Thali would give a pretty good idea of what a whole order would taste like. They dio a great Buttermilk, never had the Lassie there but they always taste too sweet to me.

The one thing that I thought I might have done wrong is to pick the thali with meat options, and I suspected the better options would be to go vegetarian. For the weekend bhojanam, do you know its difference vs the weekday thali? Do you usually get the vegetarian or the meat option?

I don’t recall much about the rice in the middle. Its not a biryani but relative plain rice.

Have you ordered ala carte there?

Actually I find that if a place does Non Veg they are usually better at Non Veg than Veg.

Judging from your Photo it doesn’t look like there is a difference between the Weekday and Weekend.
Is the Weekday all you can eat? Buttermilk is gratis as well, not sure if you can sub a Lassie. They also bring Sambahr and Rasam in separate containers after your Thali is served.

I get the Meat and S.O. gets the Veg.

On the Weekend the darker Rice in center seems like an Andhra Style Veg Biryani to me. It is not Andhra Tamarind Rice(Pulihora) which does not usually have Vegetables in it and does have Peanuts. May just be a Veg Pulao but not plain at all, highly spiced.

I have not ordered off the regular Menu. I see quite a few folks getting the Ragi (Millet) Combos.

Supposedly all you can eat. Though I usually found there is enough food for me.

If my memory is right, the rice in the middle was not spicy. Or at least not spicy like a typical biryani would be.

Yeah, the ragi sangati seems to be quite popular. I will have to return to give it a try some time. There aren’t too many places that have ragi around the Bay.

BTW, any other Indian recs around Milpitas? Have you been to Milan (the Indian place)?

Nothing new really. I have always liked Anjappar Chettinad. It gets some hate for “bad service” and “too spicy” but I like the Chilies and never had a problem with service.
I had a couple of good meals at Red Chilis stuck to the Keralan Dishes.
We have been frequenting Ugadi in Sunnyvale of late.

Someone said Milan has some off-menu stuff that’s good. I have no idea how to get access to those, or even know what they are.

I’ve been meaning to try the Keralan dishes at Red Chilis. I am glad its good, that gives me more incentive to go there.

Funny you mentioned Ugadi. I almost asked you about Ugadi since Ugadi is one of the few places in the Bay that has the ragi. What do you eat at Ugadi? How’s the thali?

I do not know anything about Milan but the Menu is all over the Board. Punjab, Goa, Andhra , Rajasthan Ect… Puts me off.
We always get the Thali. I think I got the Tiffin Lunch once. It is very much a Family run Restaurant. Service can be stunningly poor sometimes but they are very sweet so it is hard to be mad at them. They just get a little out of their depth sometimes.
The food is almost always good and very homey. Not very super spicy like Bezawada and Anjappar but still good. We did have one meal there that disappointed but it was only one.

I didn’t remember the thali at Bezawada to be super spicy though. At least I got through the meal without significant challenges. And my tolerance of spice is low.

Thanks for the rec, I will make Ugadi my next thali when I head out that way.

Mine is fairy high. May be the Milpitas location is a bit more generous with the Chili?

We always get the Thali. I think I got the Tiffin Lunch once. It is very much a Family run Restaurant. Service can be stunningly poor sometimes but they are very sweet so it is hard to be mad at them. They just get a little out of their depth sometimes.
The food is almost always good and very homey. Not very super spicy like Bezawada and Anjappar but still good. We did have one meal there that disappointed but it was only one.

I made it to Ugadi and tried the special bojanam. Any reco amongst the bojanam, chat thali and the tiffins thali? 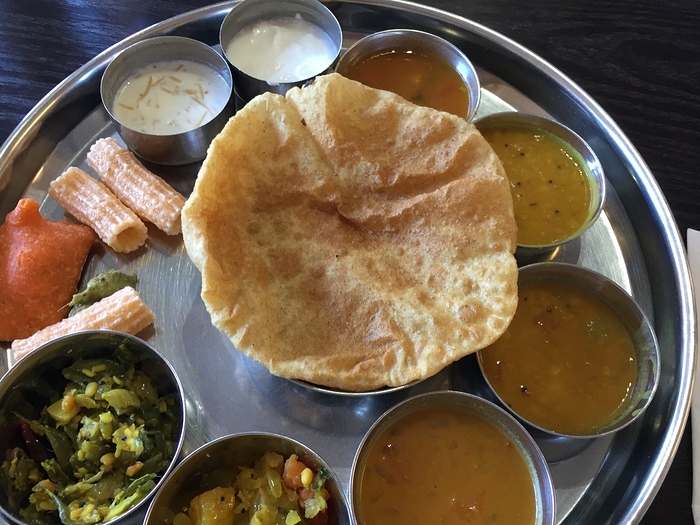 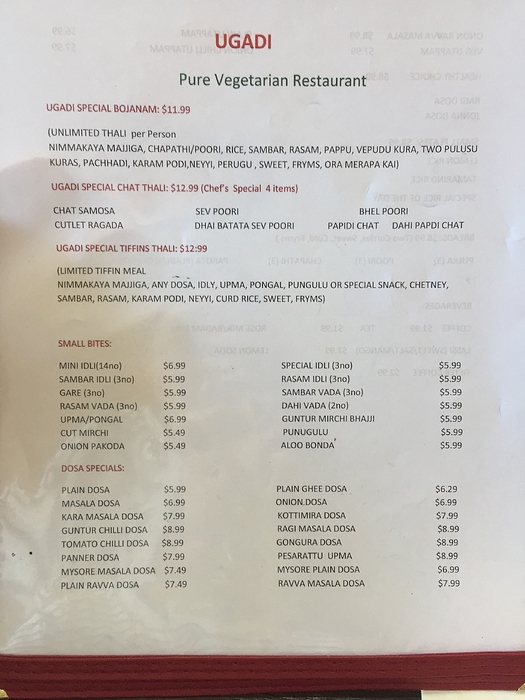 I always get the special Bojanam, though I did get the Tiffin once. I do not remember it being not good but I haven’t ordered it again. I have not ordered any of the Chaat.