I read with much interest the “Thinking about an air fryer” thread, the various posts broadened my understanding of the whole air fryer thing, which has interested me from the start.
Now my questions- I have an electric GE Signature oven with both convection bake and convection roast settings. It’s a good oven, accurate temp and all, can I use it for “air frying”? If so, does anybody know where I can find some instruction on how to do so? And if anybody can tell me the difference between convection baking and convection roasting, I’ll be much obliged.

The only time I used the convection roast setting was to crisp up the top of the (homemade, from scratch using all fresh ingredients) green bean casserole, and the onions caught fire in the oven. I busted my arse making the best Thanksgiving dinner I’ve ever made, and the only thing anybody remembers is that the green bean casserole caught fire.
So I’m a tad suspicious of that setting, which is silly. I’d like to know what it does best. We probably have the manual somewhere but I’ve no idea where my husband squirreled it away, it would take hours to find, and I’d be too mad to read it after wasting half of a weekend day looking for it.

I have never had food from air fryers so I can’t speak to the difference between air-fryers and convection oven “frying”. When oven frying things like crusted fish I put the items on a rack placed in a pan so all sides get exposed to the air that circulates.

I busted my arse making the best Thanksgiving dinner I’ve ever made, and the only thing anybody remembers is that the green bean casserole caught fire.

The story of life.

Thank you for this. It does explain why the fried shallots caught fire.

LOL Happened to me with candied yams.

I had mentioned in the other thread that I had the newer Breville Smart Oven Air that was also an air-fryer (i.e., re-named convection setting). I noticed that my accessories for the oven comes with an air-frying basket. Think of a steel, mesh strainer, but oblong and tray-shaped so it slides into my oven.

As the others have written, that might be the key which is to maximize all surface areas’ exposure to the dry heat to get crispiness on all sides. Since I don’t think you’ll find one that fits in a full-size oven, maybe you’ll just need several racks of enough height to lift the food off the pan to ensure it gets crisped on the bottom.

That’s exactly what I was wondering. I think I’ll try it someday and post my results. But if some body has any prep tips for air frying I’d be much obliged.

It’s my understanding the fan moves faster in a free standing air fryer vs a convection oven. I would recommend air frying your food on a rack or basket in a convection oven to circulate the hot air on as much surface area as possible.

Another point, air fryers are handy as portable, small batch ovens but a convection oven means you have more serving options with more hot air circulation. If you crowd a air fryer the results can vary.

recommend air frying your food on a rack or basket in a convection oven to circulate the hot air on as much surface area as possible.

Our Delonghi air fryer has a paddle that revolves around the center, which moves the food around exposing the surfaces evenly to the hot air. This works especially great for smaller pieces like chicken wings which cooks up to a nice even crispy outside.

Don’t know for sure, but I would think that most if not all air fryers have the stirring paddle?

I was referring to using the convection oven if you don’t own a freestanding air fryer appliance.

I’ve had very good experience with up to three half-sheet pans of steak fries in a full size convection oven.

For me, the air fryer has worked wonders with frozen appetizers. I’ve been doing a lot of Asian and Indian cooking from scratch lately, but always like to have a pre-made frozen appetizer to accompany it, such as dumplings, spring rolls, samosas, etc. The air fryer has been absolutely PERFECT in cooking these little morsels through and giving them a nice crisp outside.

Pan-frying frozen dumplings has always been nightmarish for me because of oil splatter everywhere. Just the other night, I popped eight of them into my Chefman for 8-10 minutes at 400 (highest setting) and they came out browned and crispy, almost like if they were done in a pan. No grease. No splatter. I should have taken a pic but I was a few drinks into the evening.

The spring rolls and samosas come out better than an oven. I always ignore temperature and just use 400 (but I will check after the first five minutes to see how they are progressing and will sometimes rotate the trays if using more than one). Generally, 8-10 minutes seems to get the job done.

While I have not been crazy about doing the entree in there (chicken cutlets came out just like they would in the oven, and pretty “blah” at that), for smaller finger foods, I cannot complain. One of my favorite kitchen gadgets.

I had mentioned in the other thread that I had the newer Breville Smart Oven Air that was also an air-fryer (i.e., re-named convection setting).

I’m thinking of upgrading to this model for various reasons - have you air fried wings? I’m wondering if it is a mess to clean up. My air fryer is easy - rinse and into the dishwasher. I’m wondering about dripping into the oven. Thanks!

I’m going to try wings this weekend, and I saw an interesting question on the other air fryer thread about whether we can roast or air-fry quails, which sounds like a delicious option.

Please let me know how the wings go. I worried that the fat dripping from the wings will be a mess to clean.

I agree and I have to think about that. I guess you can actually stick the tray underneath. The basket that comes with the oven fits in one of the ‘racks’ so I guess that would allow you to slide the tray as a drip catcher, but I wonder if that might interfere with the heat circulation.

Questions for air fryers owners, do you think you can make this - crispy squabs or quails like on the photos below? Crispy skin and even coloring with dark soy sauce and unlike random burned spots when cooked with an oven. 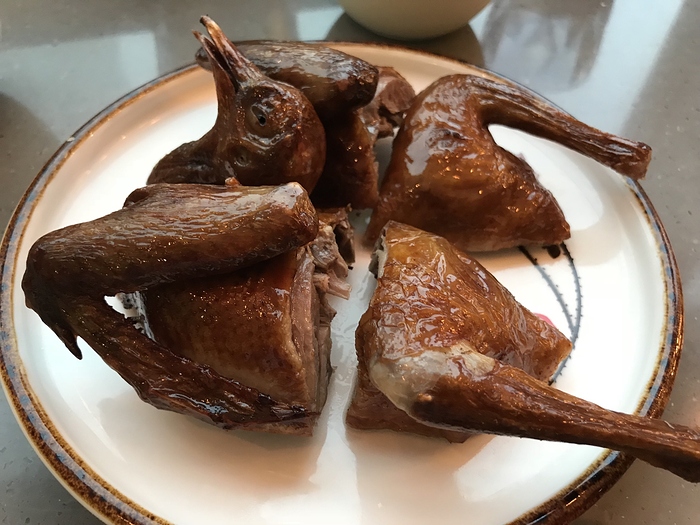 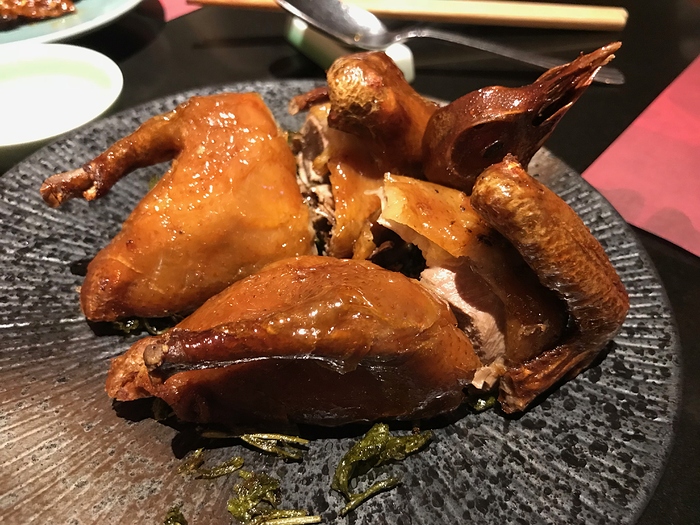 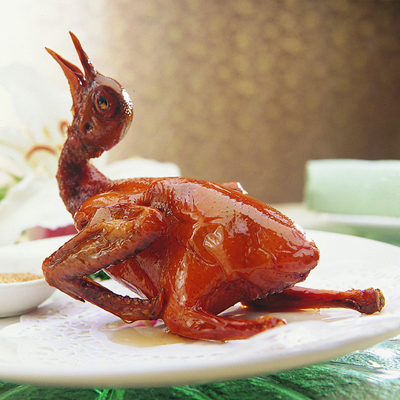 Edited to move from the machine thread. Thanks @kobuta

Yes, a friend of mine has the Cuisinart oven with air fryer and that what she does. The wings were great