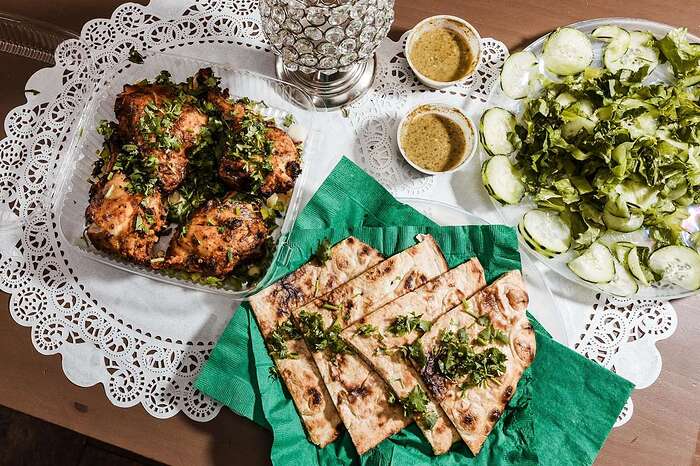 Top Indian, Pakistani, and other South Asian Restaurants in the Bay Area

The best South Asian food and restaurants in the San Francisco Bay Area, as recommended by critic Soleil Ho.

I don’t know a lot of the places on the list, but I was surprised to see Vik’s Chaat and the O’Farrell branch of Pakwan. Both are firmly third-rate.

It’s odd that the entries for these places in the list say nothing at all about the quality of the food itself - which in the case of Vik’s is simply dismal, and in the case of that Pakwan location throughly unreliable.

When has the last time you have been to Viks? I haven’t been in a long time and was going to stop by when I was in the area next week.

About 2 years ago. Terrible. I think 25 years ago people who’d never had good Indian food made it popular, along with the perceived “street food” vibe. Those are the only explanations I can come up with for its popularity.

I like Vik’s a lot though I haven’t been in awhile. I am a chaat noob though. From what I remember it is a step above some of the few other chaat places I’ve been to like Chaat Corner in SF. Maybe I just haven’t been to a good chaat place. At Vik’s I especially liked their balloon-like bhatura, the dahi batata puri, and their kathi rolls and stuffed roti.

Chaat Corner isn’t any good either. But I disagree that Vik’s is a step up.

Still, everyone has their own preferences, so I’ll try not to be too strident about it.

I know Chronicle has readership all over the Bay Area, so they probably have to include restaurants from everywhere. If its me, I’ll just put out a list for the South Bay and call it a day.

Zareen’s isn’t strictly South Indian either. I say they are pan-Indian-Pakistani. Some dishes like Nihari is Pakistani, which is really far from South India. Ettan is more Cal-Indian.

Dindigul Thalappakatti not on the list? That’s the one restaurant whose popularity seems to be quite constant throughout the pandemic. I have never seen that many, dozens just eyeballing it, takeout orders lined up to be picked up at the peak of the pandemic last year/ early this year. People were always lining up to pick up. At one point I said to myself that good thing there is always a strong wind at the door to provide some air circulation for the multiple people milling around inside waiting for their food…

I wanted to give Puranpoli a try some time. The South Bay restaurants are getting more specialized these days. Puranpoli is branding themselves as Maharashtrian. I guess the discerning new generation of valley workers have no appetite for restaurants that try to offer everything to everyone.

I’m Indian, visit India a few times a year (pre-pandemic) and enjoy Indian food. Our family likes Vik’s quite a bit, and many of their dishes (aloo tikka chaat, chole batura, lamb baida roti, pao bhaji etc) compare with similar dishes in India. Most of my Indian friends also think of Vik’s as a fairly solid place and has always been.

I’m not fond of their South Indian stuff (dosas etc), and do think thats not their strength (but their dosa batter is a great alternative to make things at home

I always thought it was decent, especially when I worked in the area and could get it for lunch. I haven’t been in about 10 years but was going to be in the area and thought about hitting it up.

and if you are picking up food for a family, thanx to the pandemic, they have introduced family size dishes (3 servings) which are reasonably priced. We’ve gotten a few of the veggie ones and they make a good dinner (and more) at home …

Thanks! I will check it out when I am in the area.

As an Indian who’s lived in San Francisco for five years I was disappointed to see Pakwan on the list but not Shalimar on the same street—possibly because Shalimar does not dumb down its food for a Western palette like Pakwan does. Every time I ate at Pakwan the food was bland, underseasoned and the way the menu is organised is not how Indians/South Asians eat.

agreed. though I suspect Shalimar might not make it to many lists due to the atmosphere factor (which is a bit super-divey to put it nicely). have been going to Shalimar for 20+ years now, and the food is similar to what it was a few decades ago.

My niece though thinks that pakwan’s lamb biryani is the best (Shalimar biryanis are not very good, IMO, and I’m not a biryani expert), and she even had someone deliver it to NY when she made the move

Yes, Shalimar has just a couple of rice dishes and they are nothing to write home about.

Welcome! Are there any dishes at Shalimar in particular that you think are standouts? It’s been on my list of places to try for a long time but I’ve not been yet.

Shalimar, when I was frequenting their Sunnyvale branch a decade ago, had pretty inconsistent biryanis. It could range from ‘properly spiced for a South Indian’, to ‘barely hot for someone who can’t tolerate spices’.

I was a regular at the Shalimar on O’ Farrell, have never been to the other outlets. My favourites were the tandoori kababs (bone in) for appetiser, followed by any two of the beef nihari, the brain masala (creamy and super delicious), or the jhal frazi mopped up with plain or garlic naans. Even their aloo paratha is pretty good. I would also get a side of the curd/yoghurt as the acid helps cut the richness of the gravies.

and we like their bhuna ghost (lamb curry), baingan bartha, and aloo palak (or any dish with spinach in it)

My kid likes their chicken tikka masala, which we typically order since she eats it, its good, but not my favorite

Everyone I know says Shalimar is good for meat, but not so great for anything else. My favorite among the TL Pakistani places is still Lahore Karahi.

I agree. Their classic Chaat Items are good. The rest I can easily skip.