I had a late lunch at Shalimar in the Tenderloin. Shalimar’s been on my list of places to try for a long time, and I finally went to give it a try after reading some discussion in this thread. I had a murgh tikka Lahori (tandoori chicken - I got a leg) and the nihari, with a garlic naan and a side of raita ($1) since they didn’t have plain yogurt. A mostly meaty lunch.

The chicken leg was quite good, juicy and tender with a nice crust from the tandoor. Not the biggest chicken leg I guess but very flavorful. The nihari was delicious. It’s a stewed beef shank with the fat removed. Very tender beef stew. The sauce that the beef chunks were in were like a thin gravy that was flavorful, nicely spiced, and with just a little bit of heat. It was topped with some slivers of ginger which provided a nice bright counter point to the stew. The naan was also quite good, steaming hot and fresh out of the tandoor coated with butter, and stuffed with finely minced garlic. I didn’t really need the raita as both of the meat dishes I had only had a little bit of heat, but it was fine. It had an interesting somewhat sticky texture. 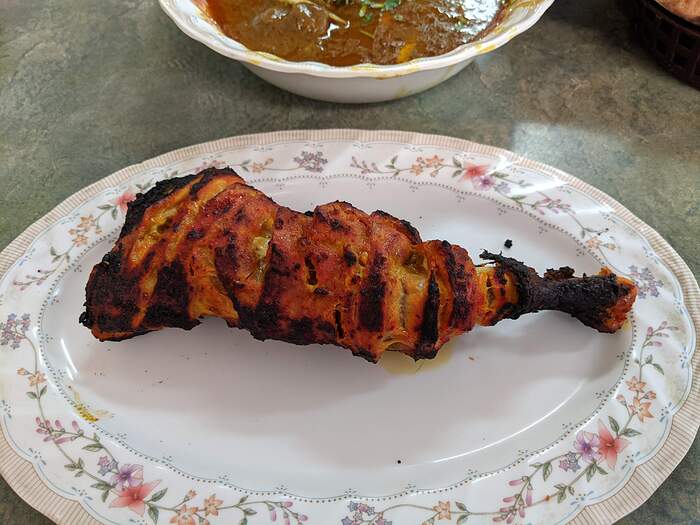 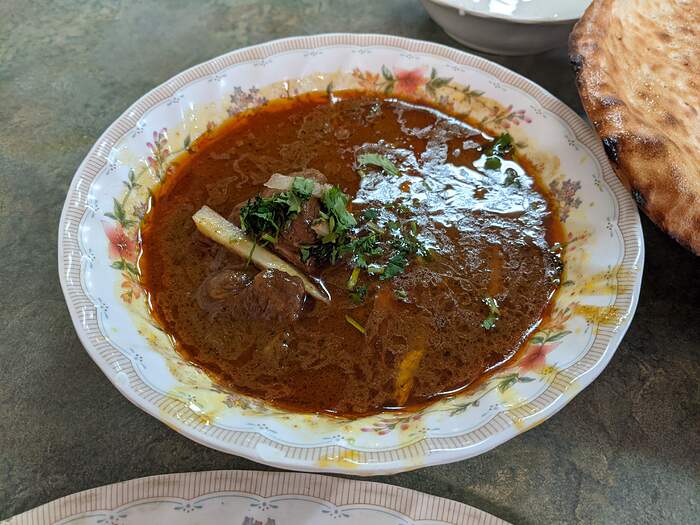 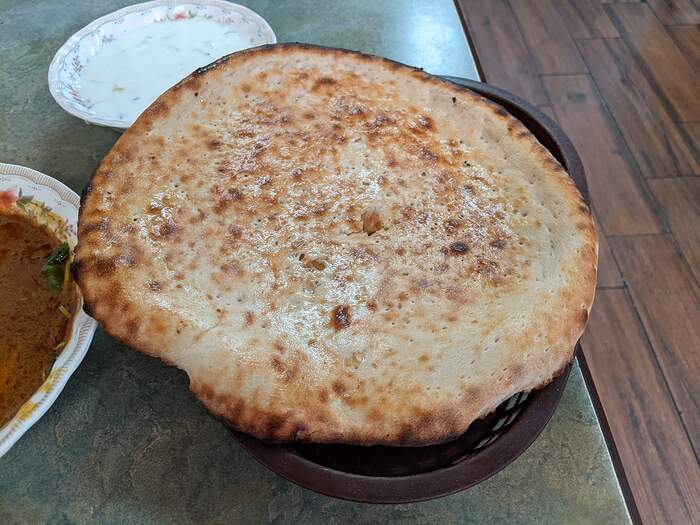 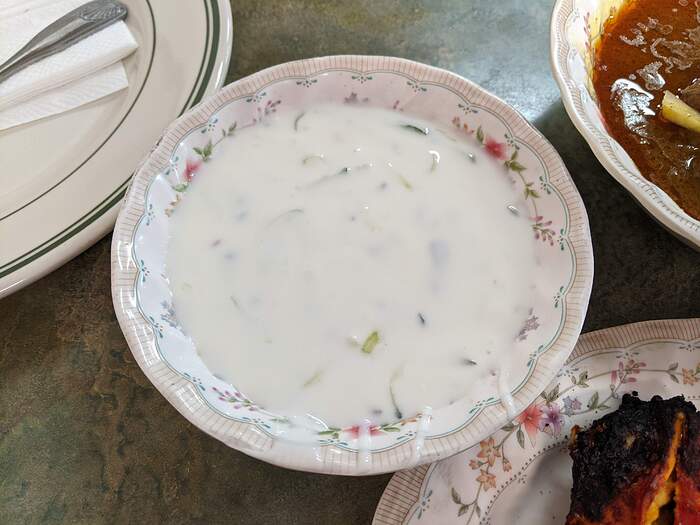 It all looks delicious but that chicken leg!!

We ate there many many years ago. Stayed in a hotel right around the corner. I remember going there daily, and visiting Pakwan and Lahore Karahi, as well. We liked Lahore Karahi, too, but Shalimar was more convenient. (Was sad to hear Lahore Karahi was sold.) Anyway, I sent many people to Shalimar over the years and reports were 50/50, contradicting our great experience. Good to see they are still putting out good food.

I’m also pretty surprised by the prices. Sounds like they have barely gone up over the years. They must have some pretty stable rent. (maybe it’s normal for Pakistani places in town… I haven’t been to one in many years due to dietary restrictions)

Shalimar was my favourite North-Indian/Pakistani restaurant when I lived in SF. Try their aloo naan as well. I also liked their brain masala (creamy and delicious!) and the jhal fraizi.

And about the size of the tandoori chicken— tandoori is traditionally made with smaller birds since the cooking time is very short. US restaurants don’t always get this nuance right, but Shalimar does.

What’s your favourite North Indian / Pakistani now that you aren’t in sf?

Ha ha, I live in Calcutta now. The term “Indian food” does not really mean anything when you live in India. I would say that Shalimar is great, and not just by the US standard of Indian/Pakistani food. They would do well even if they were located in the middle of all the amazing Mughlai restaurants in Park Circus, Calcutta, or in Chandni Chowk in old Delhi.

Don’t people find Shalimar to be a bit heavy on the grease / ghee / fat in the gravy given today’s standards? And a bit pricy, given how they a la carte you to death? Tastes and nan are good.

The sunnyvale branch didn’t make it. Bit of competition in Sunnyvale

In comparison, give me some Zareen’s, and the people seem to agree, as Zareen’s is expanding at a rapid clip (MV, PA, RWC at least) and has lines whenever I go.

Shalimar is old school Pakistani/ Indian. Zareen’s is for people like you and I, who are conditioned by Californian cuisine.

Is Shalimar pricey now? Many years ago they were pretty cheap.

I liked Zareen’s before. A couple of sub-par meals during the early parts of the pandemic turned me off a bit. How are they now?

The Zareen’s biryani was truly bad. I don’t understand why the standard for that dish was not comparable to the rest of their menu.