I still haven’t gotten over how much Michelin has changed with regards to its rating of eateries. My first 1-Michelin-star experience was more than 3 decades back - at Roger Verge’s Le Moulin de Mougins which showcased his “Cuisine du Soleil”. Gastronomic trips to France were a real adventure in those days - pre-Internet, we had to depend on maps, our copy of the Michelin Red Guide and the goodwill of locals who barely tolerated our rudimentary French, in order to find our way around. Michelin-starred restaurants in those days were veritable temples of gastronomy - sumptious food, polished service, and amazing food, carefully cooked & beautifully plated.

Singapore’s own fine dining scene in those years were also dominated by French-themed restaurants - Maxim’s at the Regent, Truffles at the Dynasty, Le Restaurant de France at Le Meridien, Latour at the Shangri-la, Hubertus Grill at the ANA Hotel, Compass Grill at the Westin, Raffles Grill at the Raffles Hotel, Le Duc at Omni Marco Polo, and Harbour Grill at the Hilton, amongst others. French cuisine represents the apex of fine dining for Singaporeans in those days, much like it was the case in Europe and America then.

Fast forward 30 years or so, Michelin, in its attempt to make up for the decline of its guides in the West, sought to break into new emerging markets in Asia. Its first foray into Japan raised some eyebrows when it awarded Michelin-stars to sushi bars, some with wooden counters seating a dozen or so customers, e.g. Sukiyabashi Jiro. I’d been to Jiro, but it was way before its Michelin days, and never in a hundred years would I imagine that Jiro’s wonky little eatery, hidden away in a dark quiet basement of an old building, and where some food preparation was done in the corridor, would one day get 3-Michelin-stars!! I’d been to eighteen 3-Michelin-star restaurants by then, all in France & Europe and, believe me, Jiro looked nothing like any of them.

Michelin then went into Hong Kong and, OMG, they awarded stars to restaurants with tiny toilets where the toilet seat was next to wet mops & buckets stacked in there.

But, nothing, simply nothing, prepared us for Michelin’s Red Guide to Singapore when it finally came in 2016. Two hawker stalls were given 1-Michelin-star each - Hill Street Tai Hwa which purveys Teochew “bak chor mee” (minced pork on egg noodles), and the HK Soya Sauce Chicken Rice and Noodles which sells soy-braised chicken on either steamed white rice or egg noodles. Until today, most Singaporeans thought the Michelin inspectors must have mistaken Chan Hong Meng’s Cantonese-style soy-braised chicken for Singapore’s iconic Hainanese chicken rice. Even so, most Singaporeans did not associate hawker Chan’s stall in the dark, grimy Chinatown Food Complex with soy-braised chicken when they think of this dish. Instead, they’d think of the two famous soy-braised chicken outlets, Chew Kee and Chiew Kee, both located on the same street and run by rival, squabbling siblings.

One of the famous foodie sibling rivalry is the Chiew Kee (younger brother Yu) vs Chew Kee (older sister Mdm Yu) clash on who has the best soysauce chicken noodles on Upper Cross Street. Despite both siblings attesting that they reproduced their late father, Mr Yu Beng Chew’s recipe, the food at the two eateries tasted very different. I was back at both places today for back-to-back meals. Chiew Kee at 32 Upper Cross Street - run by the younger brother of the warring siblings. [image] [image…

Not sure if the Michelin inspectors ever visited Chew Kee/Chiew Kee, though - I doubt so.

Anyway, I decided to give hawker Chan’s stall a try yesterday. The world’s cheapest 1-Michelin-star eatery charges just S$2 (US$1.50) for a small plate of soy-braised chicken served atop a bed of steamed white rice. You queue for about 30 minutes (off-peak lunch hour) and then look for a seat in the crowded, hot food hawker centre. This is as “dingy” as it gets in Singapore. 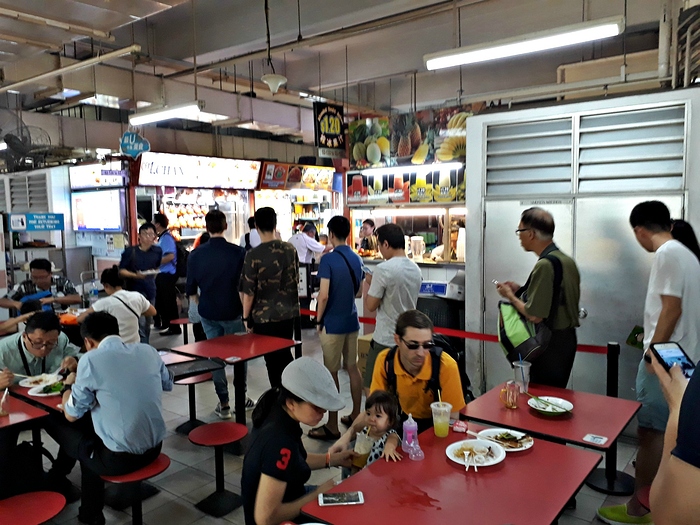 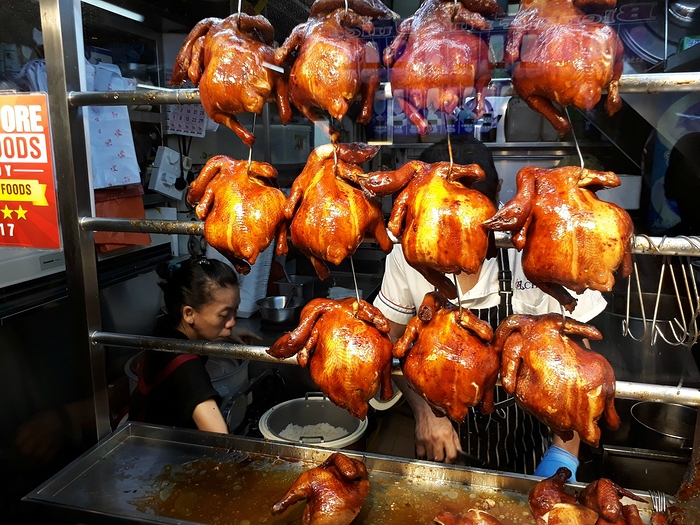 Be prepared to have your 1-Michelin-star meal served on a disposable styrofoam plate, with plastic fork-spoon! No ambience to speak of, certainly nothing like Le Moulin de Mougins. 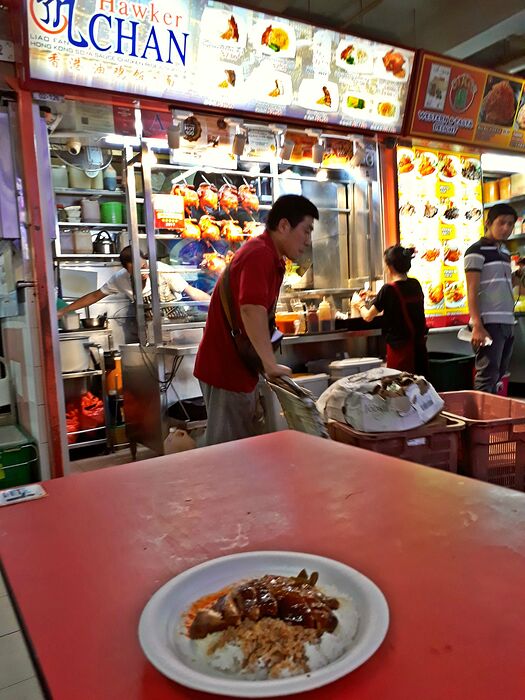 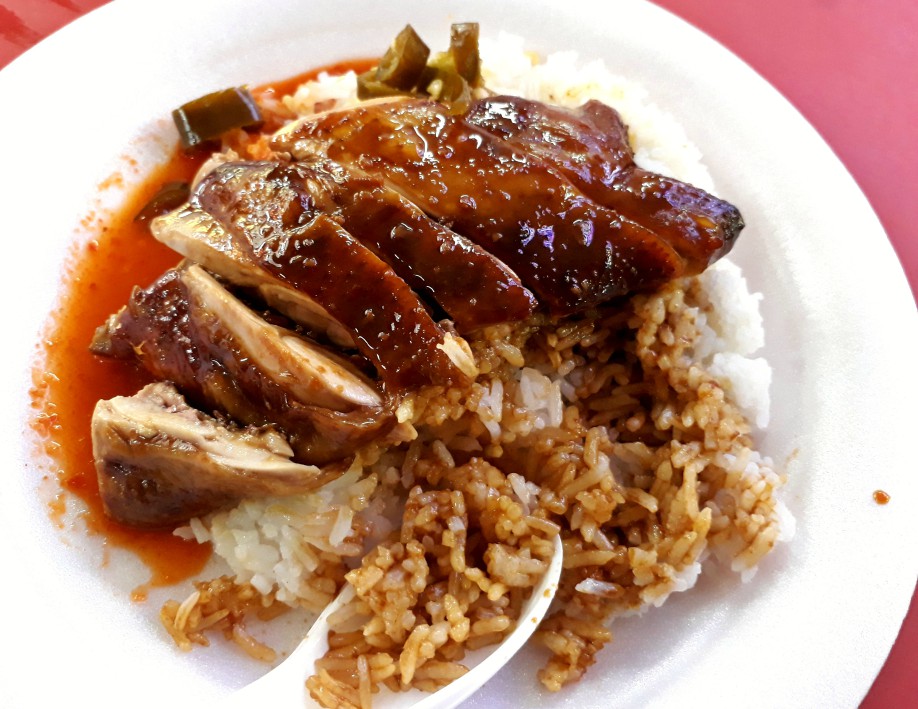 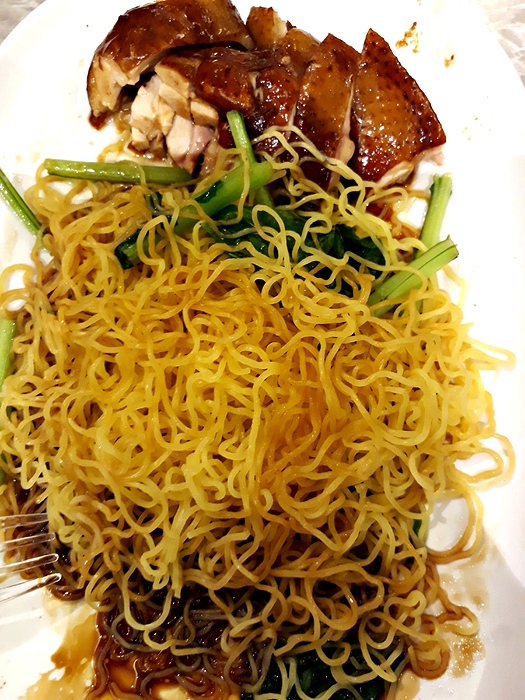 Whilst I can understand if the Michelin folks choose to mention this place under its Bib Gourmand list, the 1-Michelin-star rating still continues to leave me flummoxed. 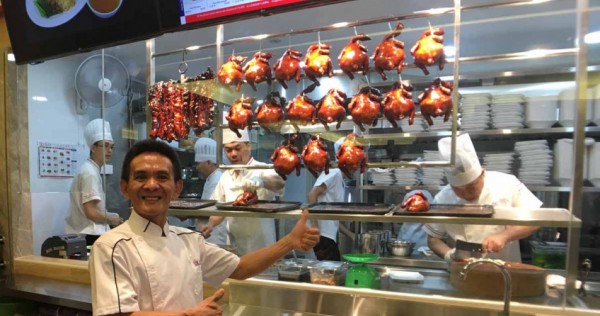 Hawker Chan, once known for offering the cheapest Michelin-starred meal,...

Five years ago, it served the most affordable Michelin-starred meal. Now, Hawker Chan has lost the accolade. The eatery chain, best known for its soya sauce chicken noodles, did not make the list for Michelin Guide Singapore 2021. The winners for... 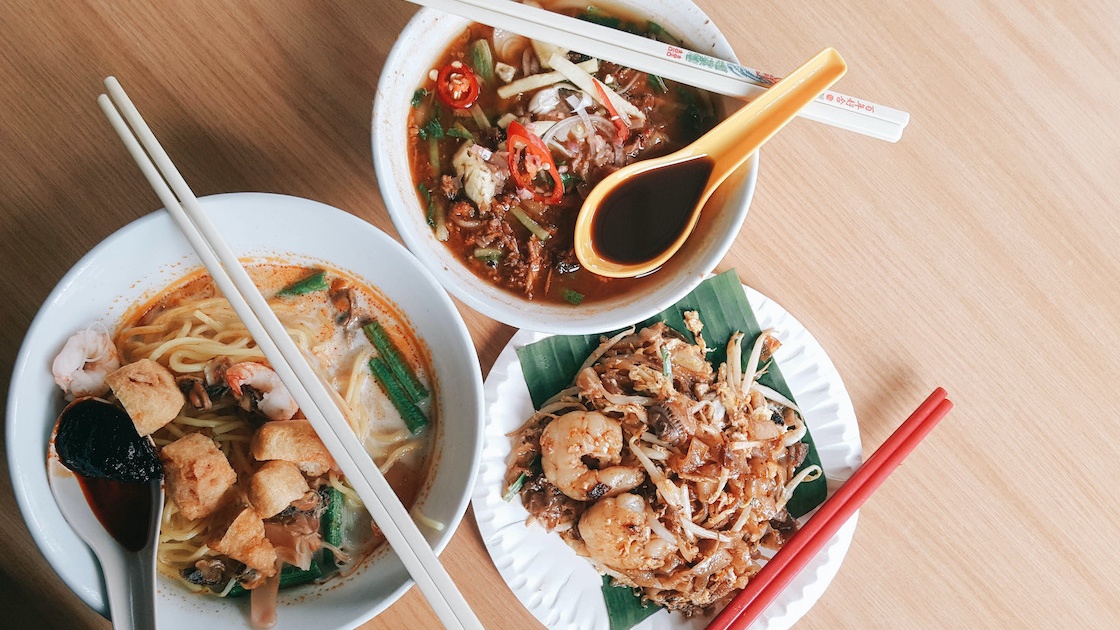 69 Bib Gourmand venues spanning hawker stalls, restaurants, and street food establishments are listed in the MICHELIN Guide Singapore 2021, 9 of which are new ... 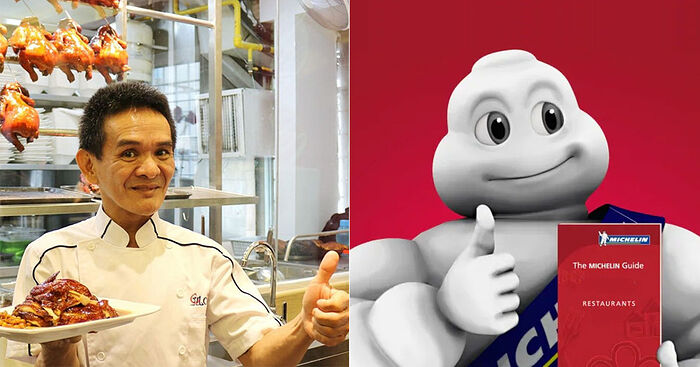 He hopes to get the star back but it's okay if he doesn't.