I stopped by Mong Thu Café for lunch on a Saturday. This was my first time back here since they closed for renovations a few months ago. I didn’t notice much different in the dining room other than maybe a fresh coat of paint.

I actually had intended to go to Hoang Dat to get some of their meatballs in broth, but found that sadly they had closed permanently back in April. So I was excited to see that Mong Thu had the same dish (banh mi xiu mai) on their menu.

Unfortunately, they were out of that for the day. So I ordered the banh uot cha lua ($11) instead. Described on the menu as sliced cured pork and fried shrimp pancake served with thick rice noodles, this dish was new to me. The banh uot are wide noodle sheets, similar in texture to a banh cuon wrapper. They were served with slices of somewhat spongy pork sausage (cha lua), fried shallots, a generous amount of nicely fried crispy shrimp pancakes, and some herbs, cucumber, and lettuce on the side, along with a salty sweet dipping sauce. The shrimp in the pancakes still had their shells on, but they were cooked so that the shells were quite soft and edible. I liked it. I’m not the biggest fan of cha lua pork sausage in general, but the slippery noodles and crispy shrimp pancakes hit the spot, combined with the fresh vegetables and herbs and bright dipping sauce. 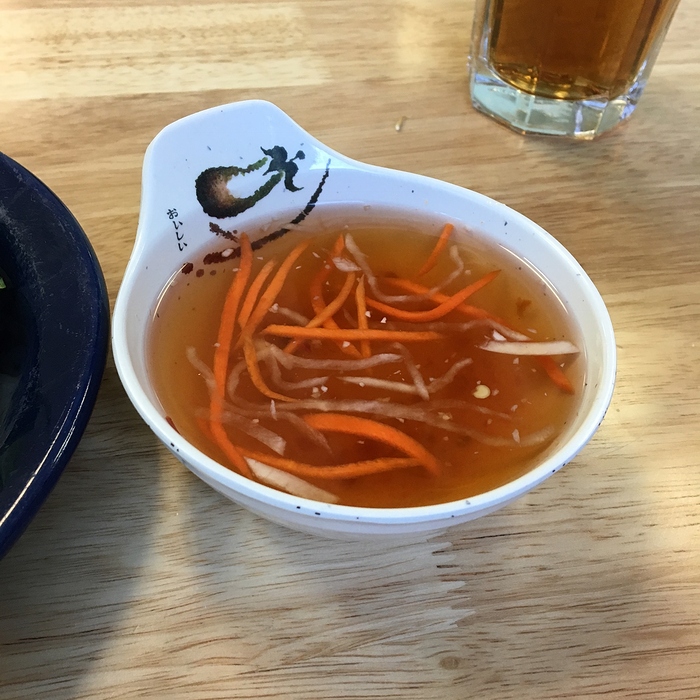 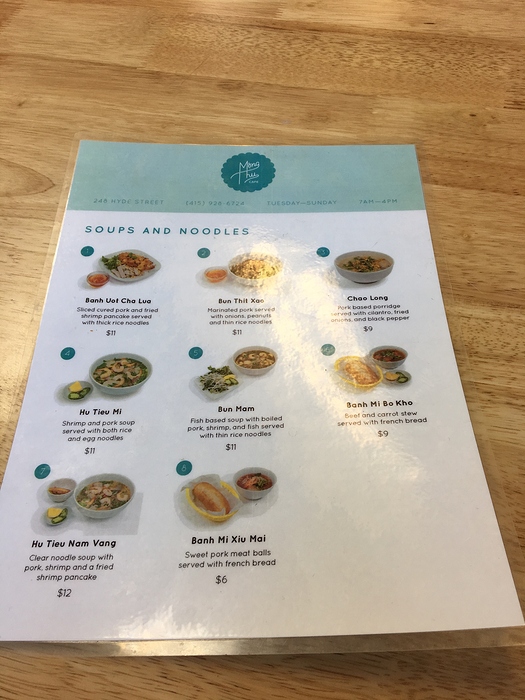 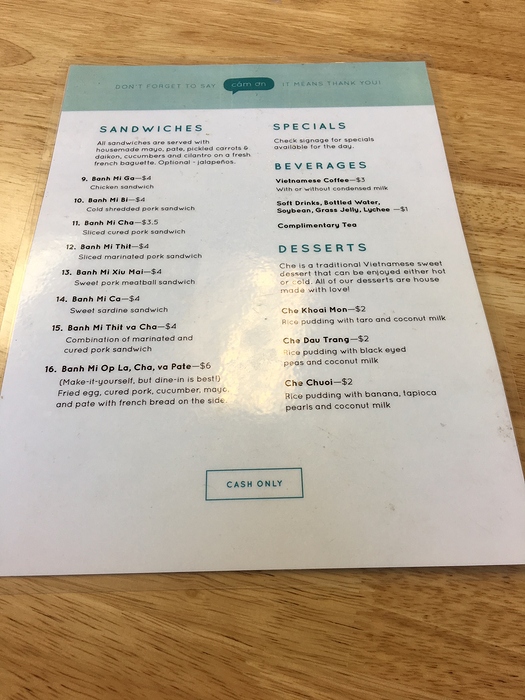 I thought their bun mam was pretty great. 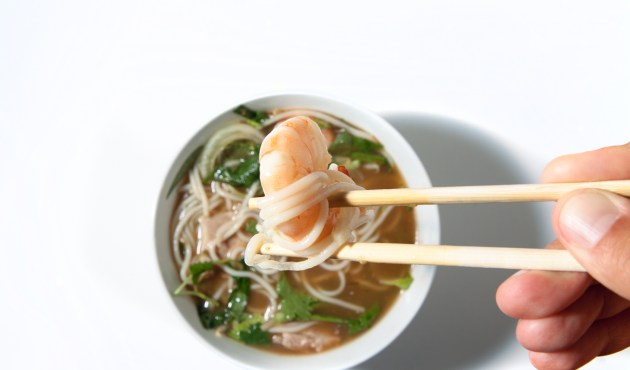 The Tenderloin’s Fishiest, and Most Delicious, Noodle Soup Returns

Mong Thu Cafe’s reopening is a reason for celebration. 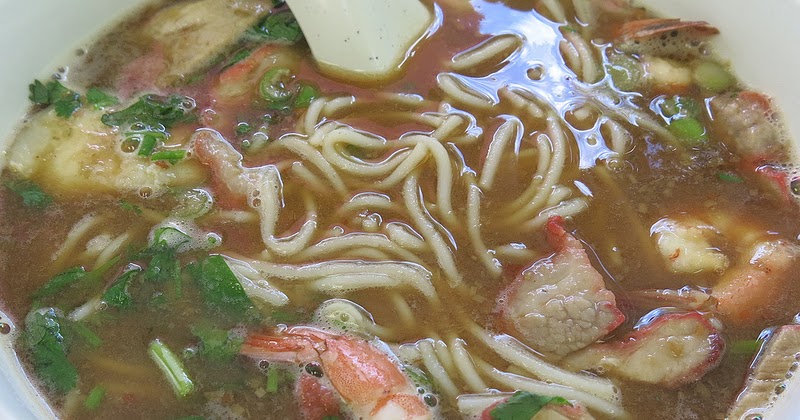 The Bun Mam is Fishy at Mong Thu Cafe, But That's All Right With Me

Having had my fill, for the moment, of the robust hand-made wheat noodles I love so much, thanks to near neighbors Xi'an Gourmet and To H...

I had wanted to try Mong Thu since reading about it in the Chronicle. We were looking for a light meal, and noodles were perfect.

We ordered three bowls of noodles and one bowl of congee. They all tasted very home-made, i.e. how one makes it if they cook at home themselves - no MSG, easy on the salt, mellow flavors, no bold spicing and comfortable. The induction stove also played a part, as it tasted without the ‘fire’. 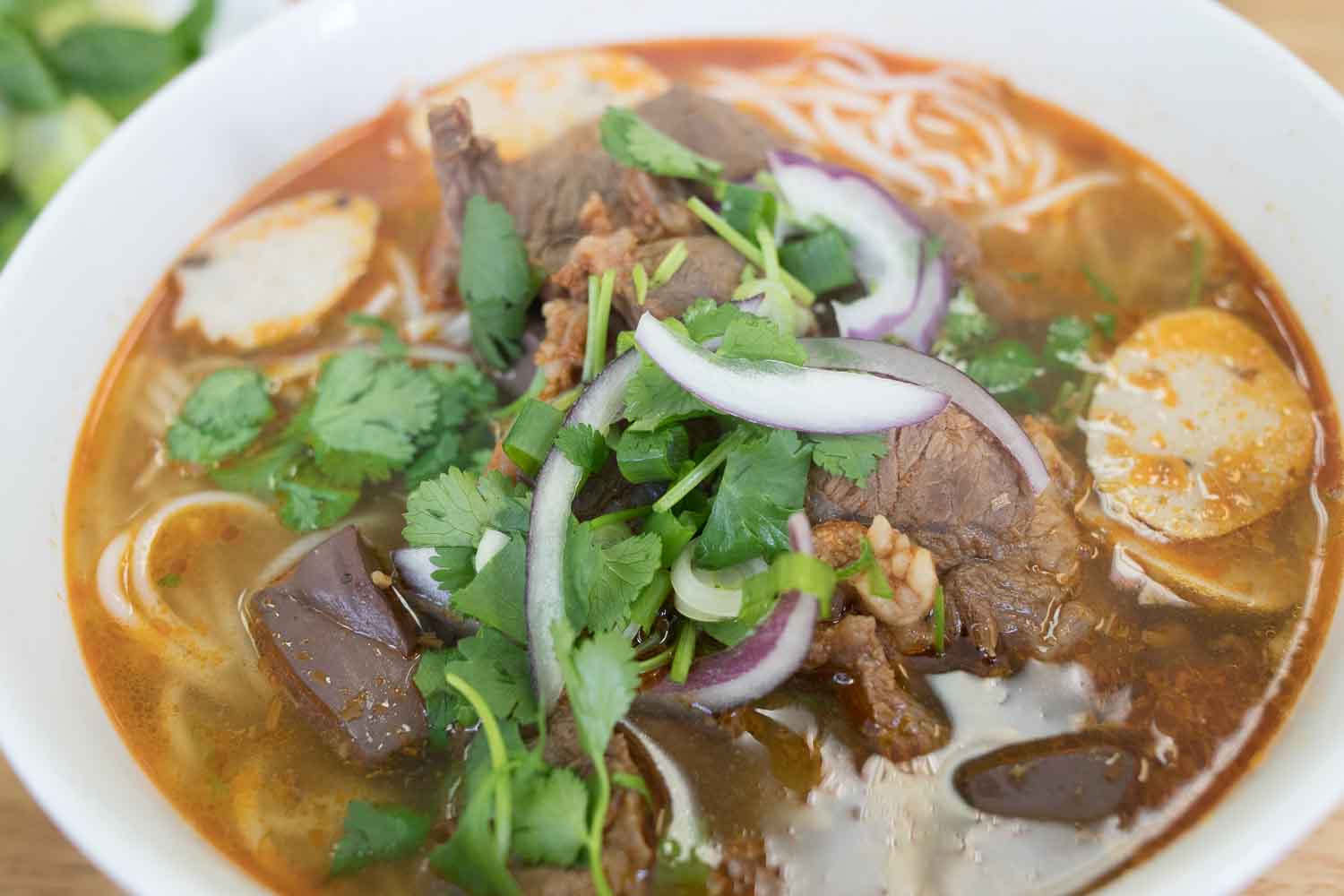 Bun bo hue was pretty mellow-y in taste. Barely spicy. Got pretty much everything. Small pieces of pork knuckles I think. Maybe a little bolder flavor would help. 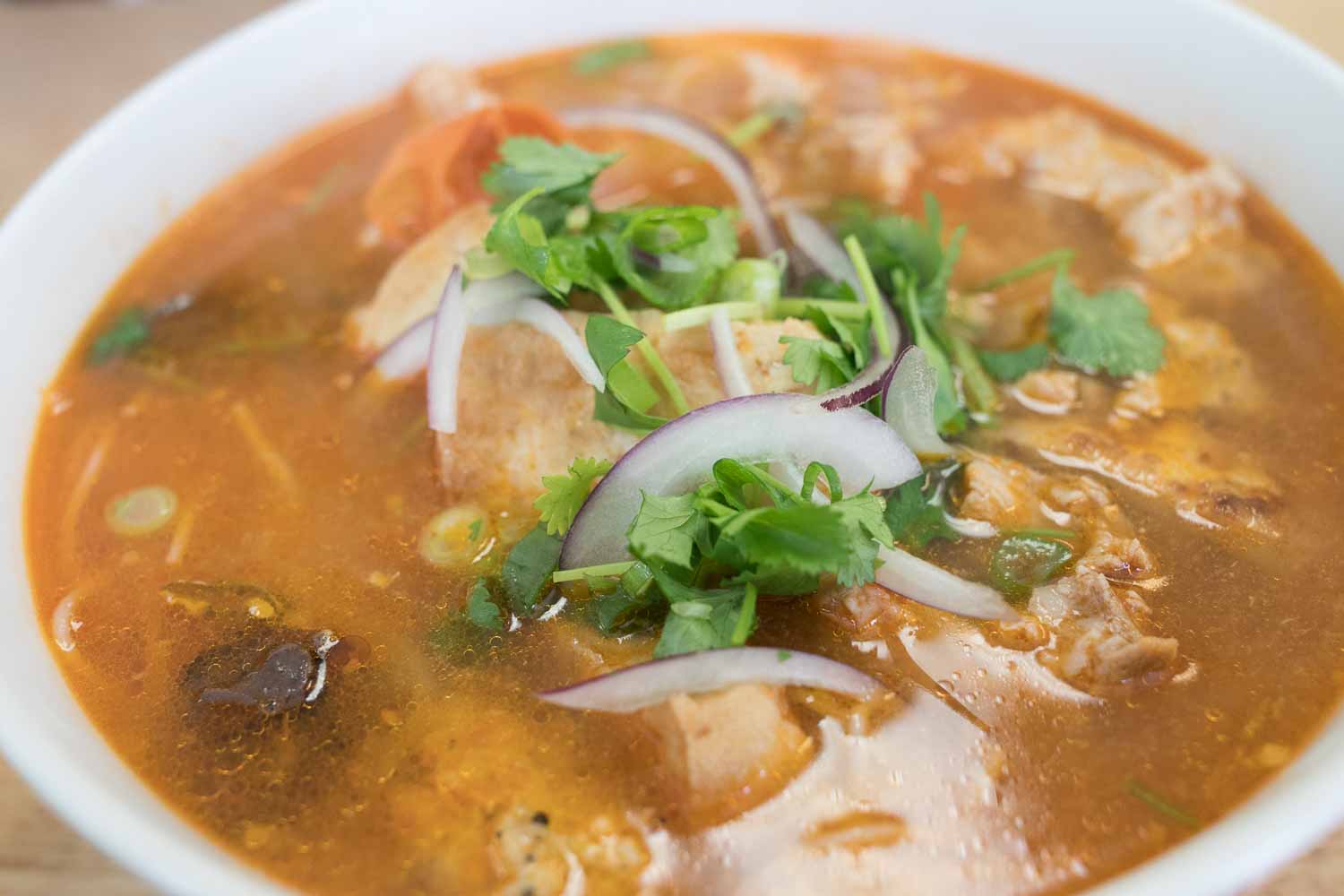 Bun rieu. Kinda like the tomato-y crabby broth along with the herbs. 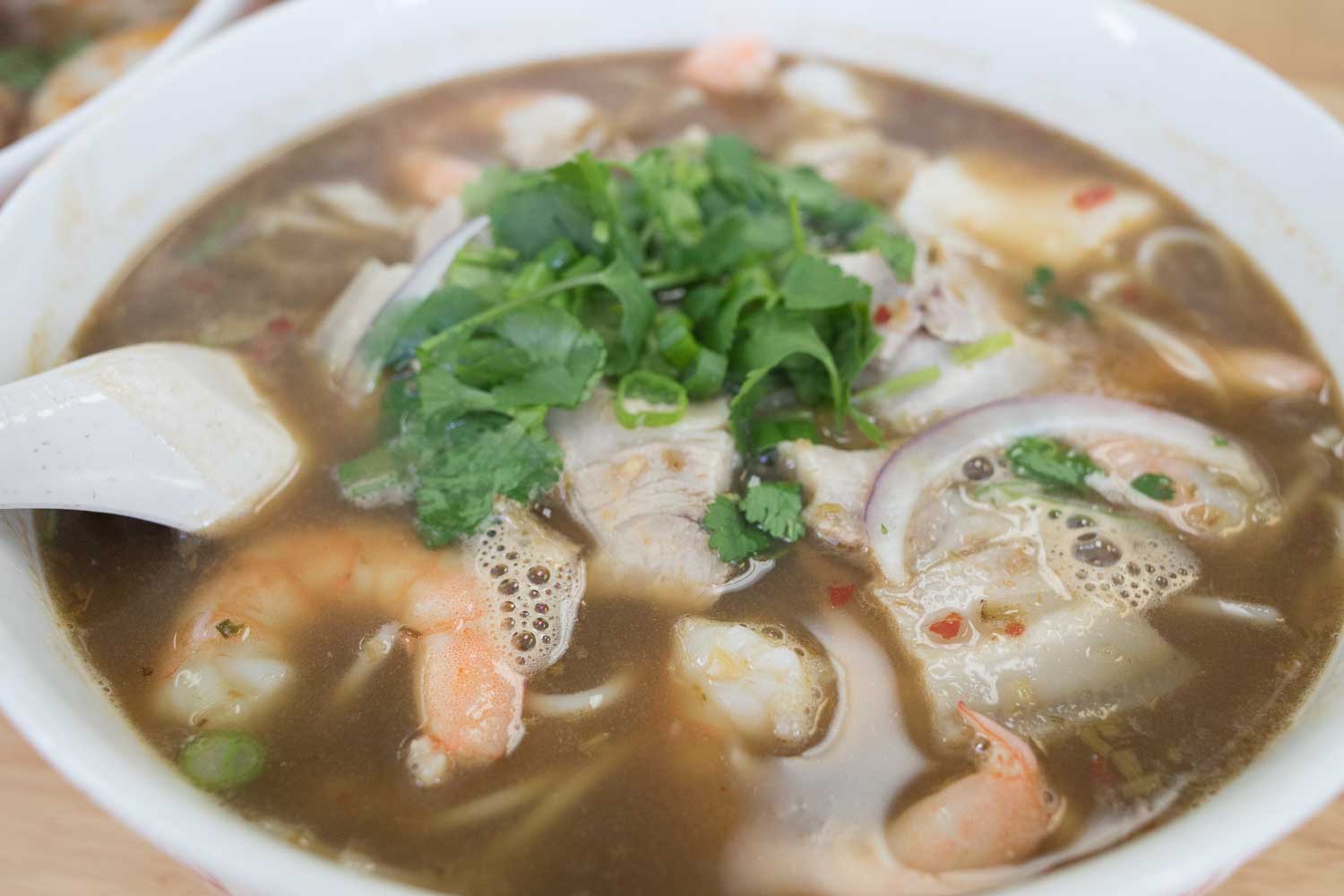 Bun mam. I was a bun mam virgin so didn’t know what to expect and still don’t quite know what to make of the broth. The broth was fishy, funky and sweet. and came with what looked like pork belly and a few shrimps. Obviously I have never had the bun mam at Soc Trang, and I think I have to eat this a few more times to get a hang of the dish. I’d have to do some more comparisons in the future, perhaps in San Jose. 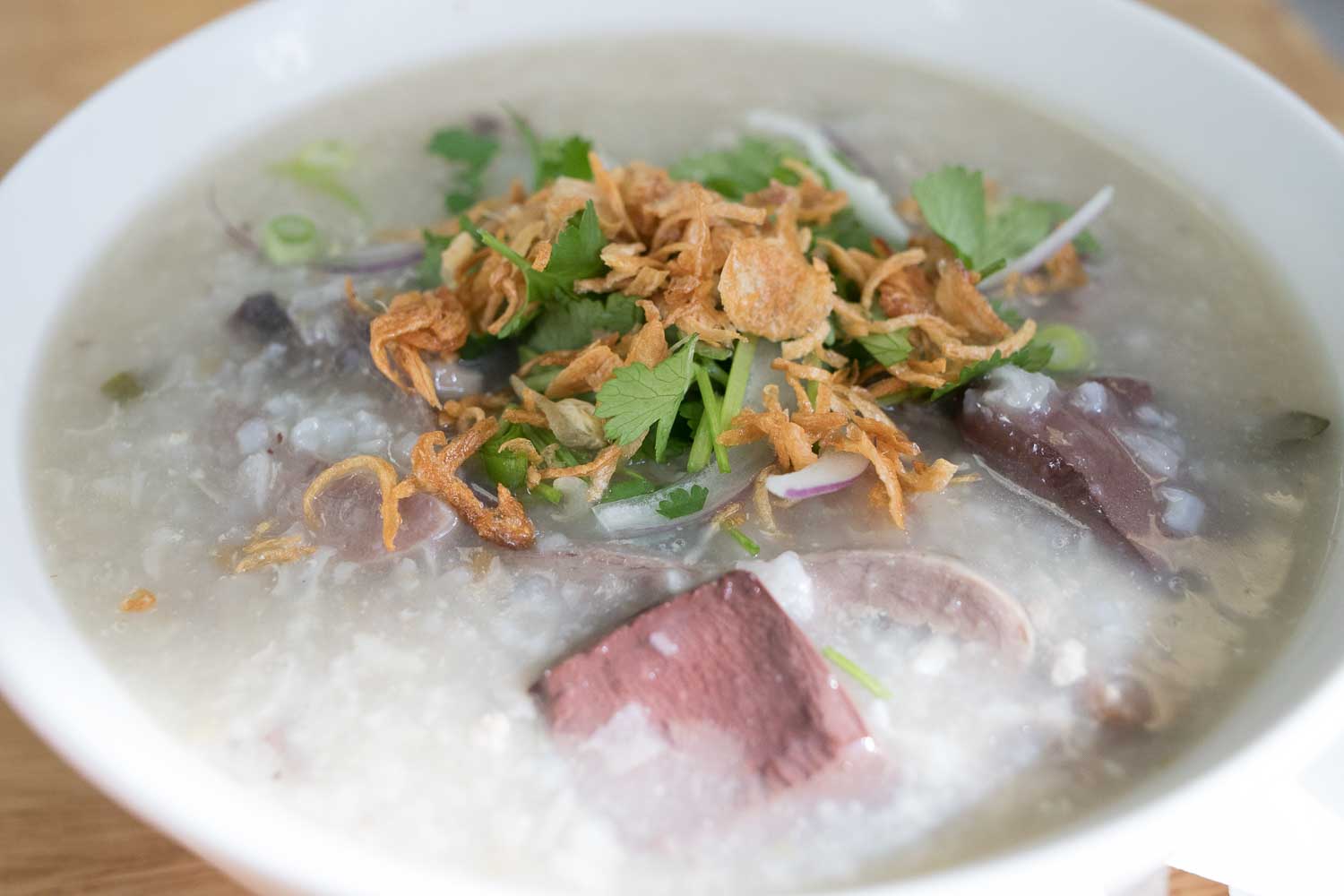 Chao long was a porridge loaded with aromatic fried garlic on top with a bunch of blood cubes, and pork entrails. I quite liked it. 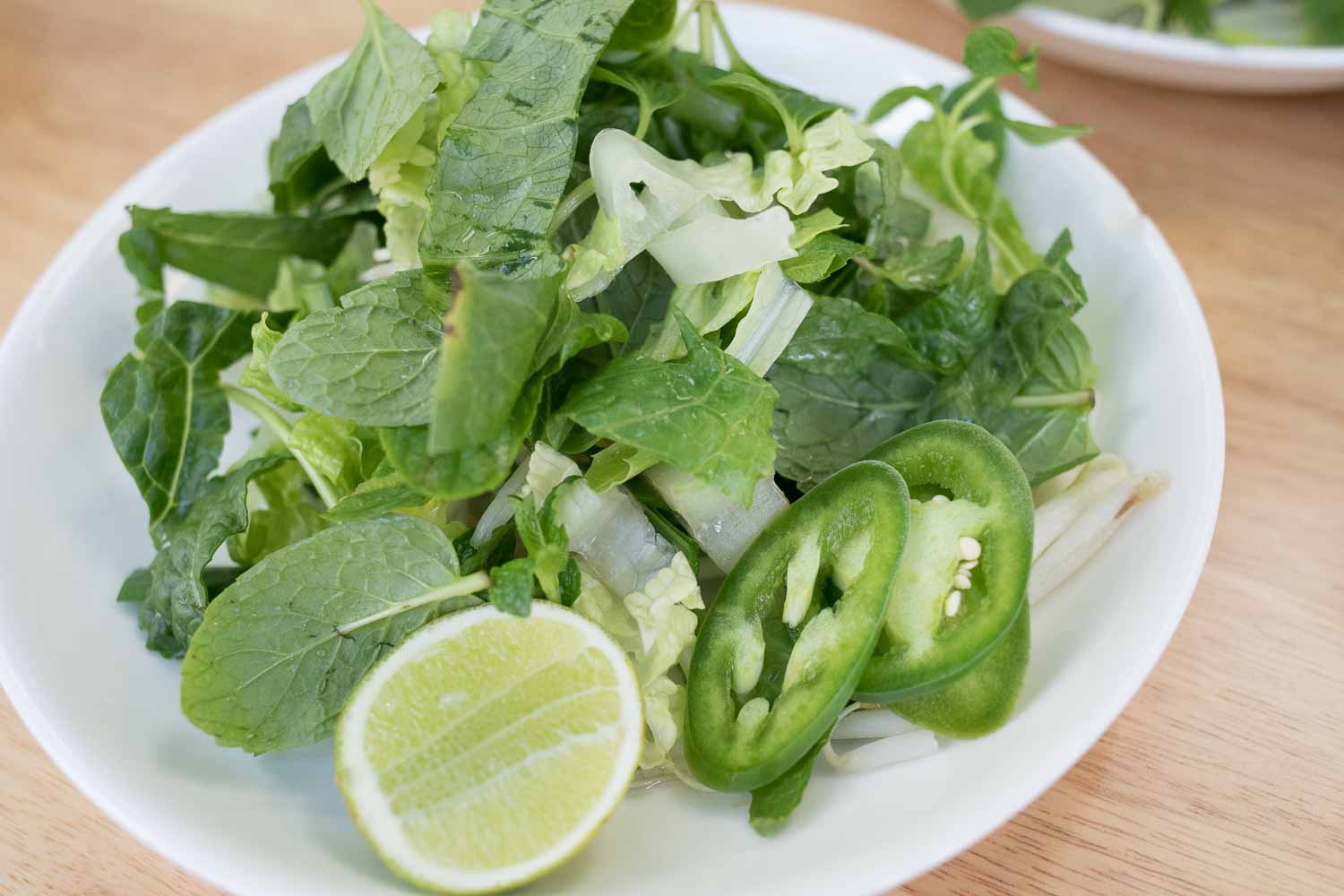 The freshest plate of herbs I have ever seen at a Vietnamese place. @augustiner wrote a post in 2015 just about the variety of herbs and its freshness. 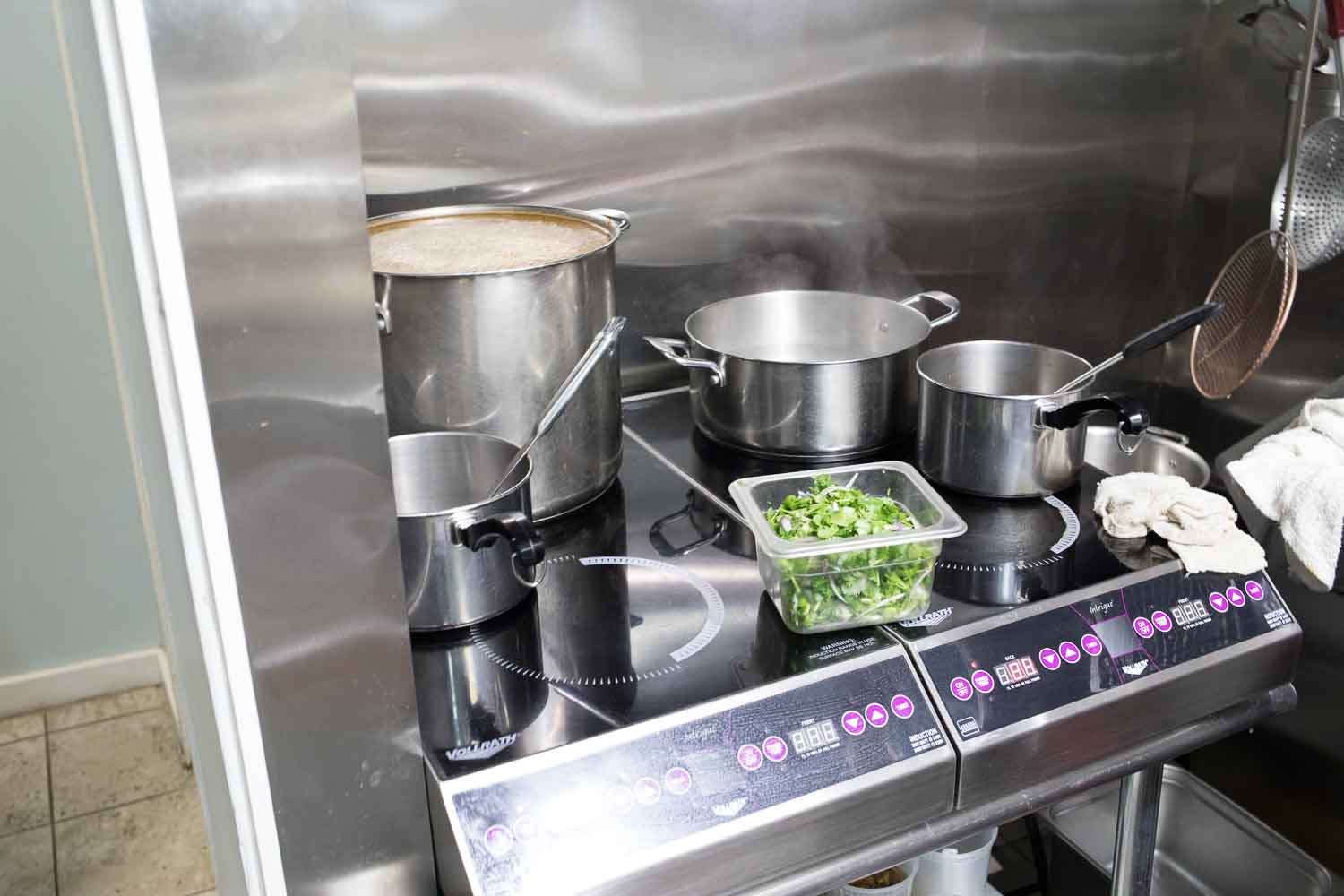 The induction stove. I only see one pot of broth. Where did the different soups come from then? 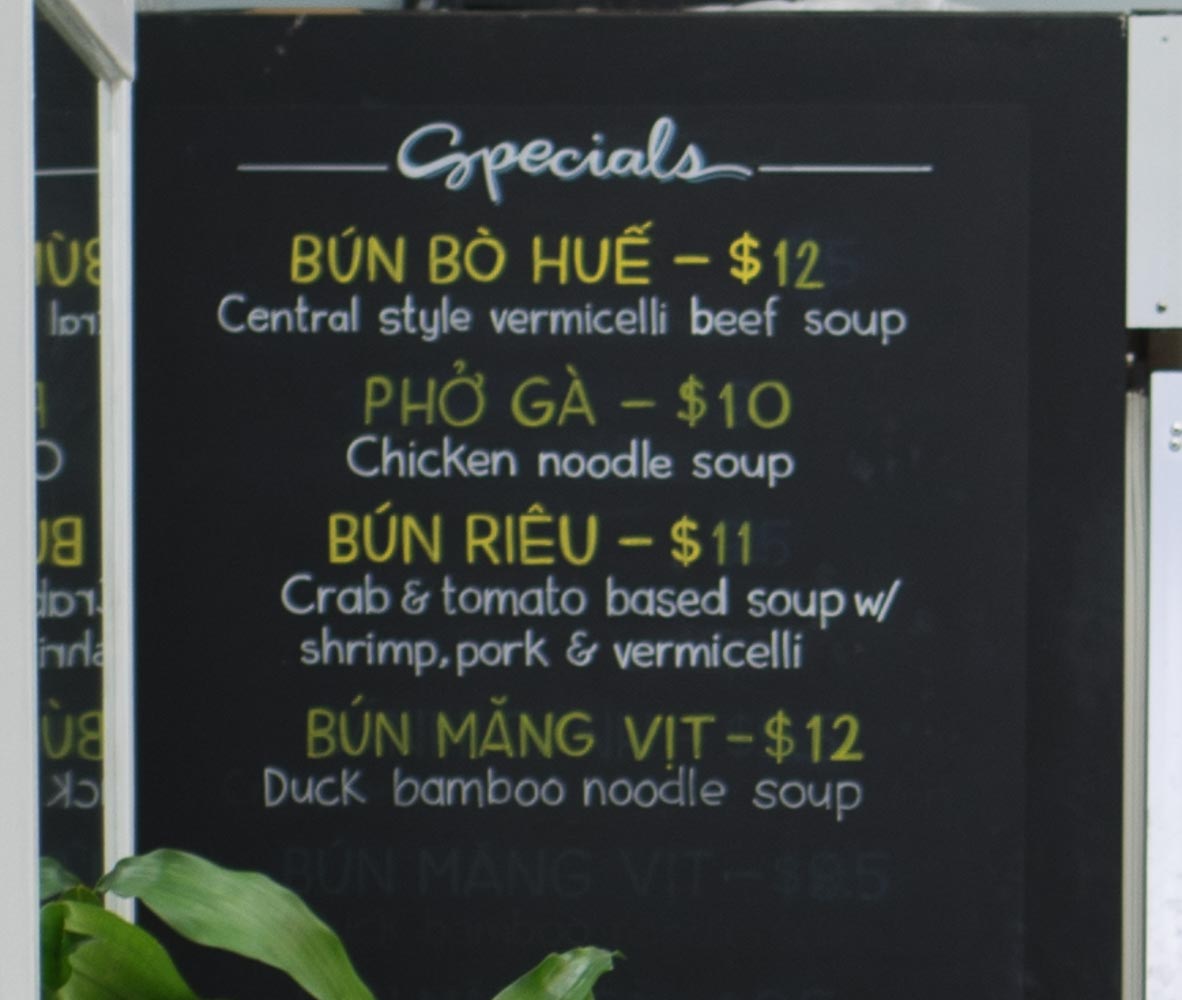 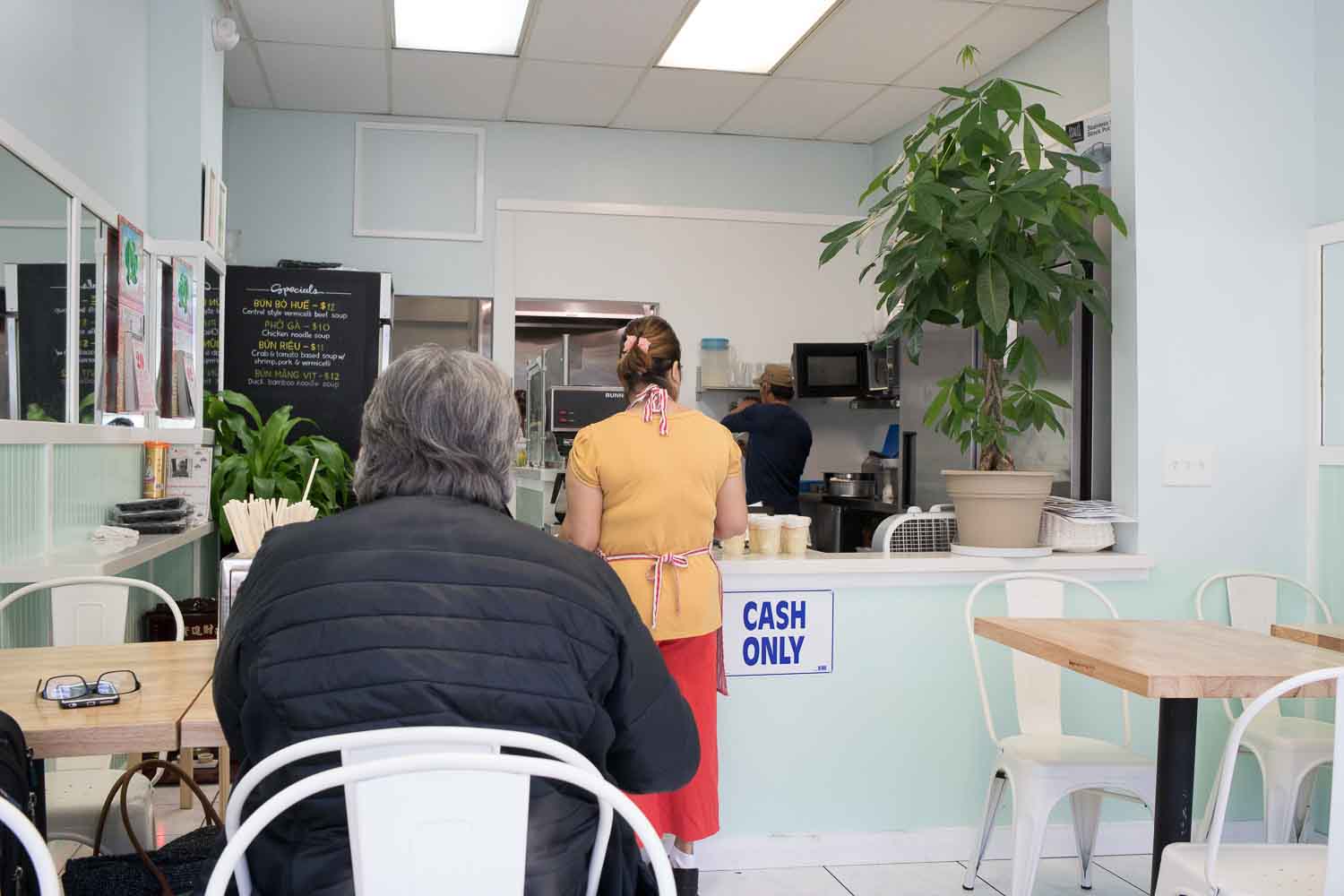 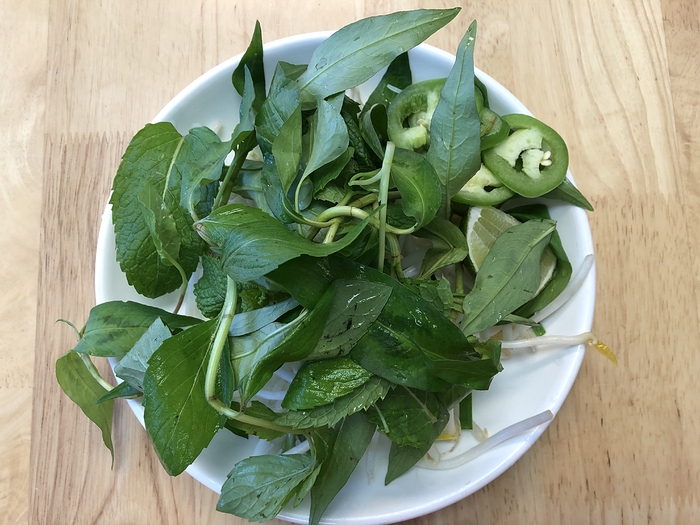 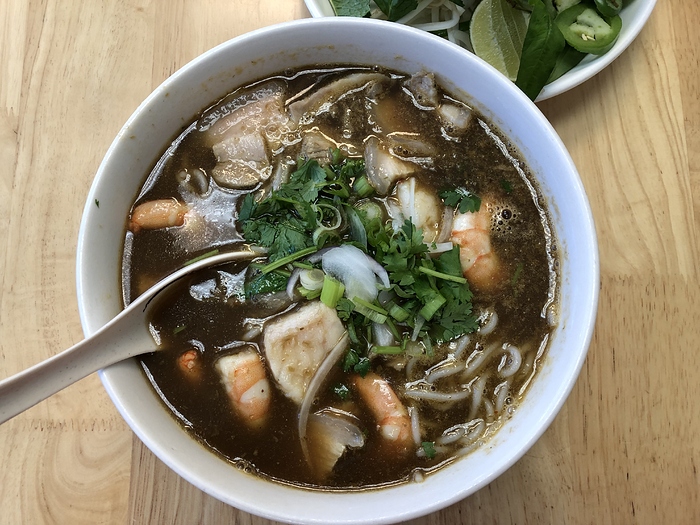 Anyone know what the Bun Mam base is made from? The women working there today weren’t able to answer for me. Either way, I enjoyed the soup a lot-- the base tasted more crabby than shrimpy, and the scale was tipped more towards sweet than funky/pungent. Speaking as someone who is a funkiness lightweight compared to others who post here, no complaints!, but, given my sense of its mildness, I wonder if she toned it down since others have posted.

i know this is a fairly old post but I think I have an answer about the broths. They are made ahead of time, kept in the fridge and reheated for each new bowl of noodles. I see them ladle the bun mam broth from the fridge into a small pot when I order it, so that is why I am assuming this.
Bún Mắm Hà Tiên in San Jose is the king of Bun Mam and I think Mong Thu does a pretty good job.
The dish that most regulars get is the cold noodles plate with the fried shrimp cakes on the side the “Banh Uot Cha Lua”. My teeth can’t chew fried shrimp shells so it’s not for me… but if you can, try it out!