This time, $42 worth from Corti brother’s, but I have a stash. 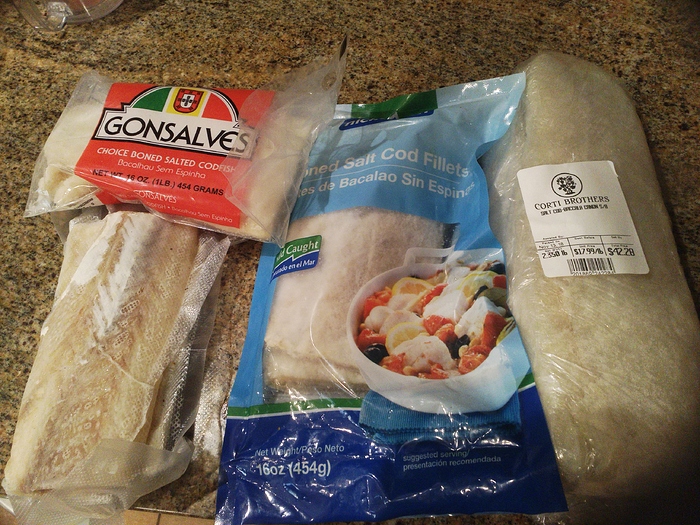 I usually get it when visiting in laws in ATL, and eat it daily when I’m there.

Back in Nor Cal, I sometimes find it at the Asian market, and hoard it when I do, with fantasies af trying it in non-Carribean ways as well the more familiar.

I’ve followed a thread on egullet.

I mostly make “cod fish cakes” using a Trinidad recipe. With the in laws, it’s sauteed with aromatics, with and without (for my husband) ackee, for breakfast.

Anyone here have any favorites?

It is interesting to me that so many salt cod recipes include potatoes. Salt cod and potatoes must have traveled in the same circles, except in the carribean.

Lucky you! Salt cod is not readily available in my area so it’s been awhile. Our favorite and the only thing my family ever used it for - baccala.

Soak 1 lb salt cod for 2 - 3 days until it can be easily shredded. Add one beaten egg, black pepper(no salt😊). Stir in enough flour to bind( 1/2 cup or more) Heat oil in a non stick skillet. Spread the mixture out to form a large cake. Fry for about 15 mins on each side until a medium golden brown.

Baccala was always part of my Italian side of the family Christmas Eve dinner. Some Italians refer to it as the Feast of the Seven Fishes.

I’ve come to think of baccala as an ingredient- salt cod. Is what you mean a recipe? A large fried codfish cake with an egg and flour binder? And you don’t cook the salt fish before adding the binder?

Not that different from what I grew up calling a “(cod) fishcake”, but the size of a half dollar and a LOT of heat from peppers. And the codfish was soaked, and I think boiled before mixing with the binder and frying. And I think there was baking powder.

I’ve spent about 30 years trying to balance the least amount of binder and the best amount of heat.

The Italian Deli I frequent always has salt cod in their refrigerated section with ice ( where they store their fresh crab meat and oysters.
I asked the owner if they are good. He says they always have it because he is Italian and cooks them “must have” during Christmas season but they have it for sale year round.
I am curious as it is pricey and has to be soaked for days. Nick did not encourage me to buy it. Wander if it is worth it? Is it an excellent way to have another good recipe as I am now on a non red meat diet having been recently diagnosed to have alpha gal syndrome although I am also allergic to a lot of stuff ( food and environment)
Thanks,

Thank you! Trying to avoid potatoes and other carbs, , but willing to make exceptions when it’s worth it! I found this brandade recipe on Seriouseats. Like so many others, it includes potatoes, but only as an option! Yay!
Whipped Salt Cod Spread (Brandade de Morue) Recipe on Seriouseats
“…made by whipping salt cod with olive oil and half-and-half until smooth and creamy. Fold in mashed potatoes for a milder version, or use pure fish for a more toothsome texture.”

Here is an example of the Carribean breakfast dish from The Spruce Eats.

About salt cod, also from The Spruce Eats Salt Cod

I keep forgetting baccala is Italian for salt cod. That’s what we always called the fried version.

No, I don’t simmer in water after soaking but I guess some people might, trying to hurry things up. Three days is a long time to wait. And there is a slight chew to the finished recipe.

I agree - for something that takes so long to get preparation ready it is expensive. To me it’s peasant food not a delicacy.
My aunt said that years ago it was just piled up on the floor at Italian markets. No packaging.

I can’t say I’d recommend it as an alternative to red meat, but maybe someone else will chime in with a bit more salt cod enthusiasm.

Why salt cod is so expensive is mind boggling, but there appears to be some history.

How Salt Fish Became Part of the Jamaican Diet

Not unlike my impressions of ox tail.

We make something with the same name for the 7 fish Italian dinner. It is a cold salad with the salt cod, lemon, bell peppers, olives and parsley. I’m not a fan but everyone else likes it. It is usually$9-12 per lb here.

I’m too lazy to soak salt cod but when I get my hands on Portuguese tins I make a salad. 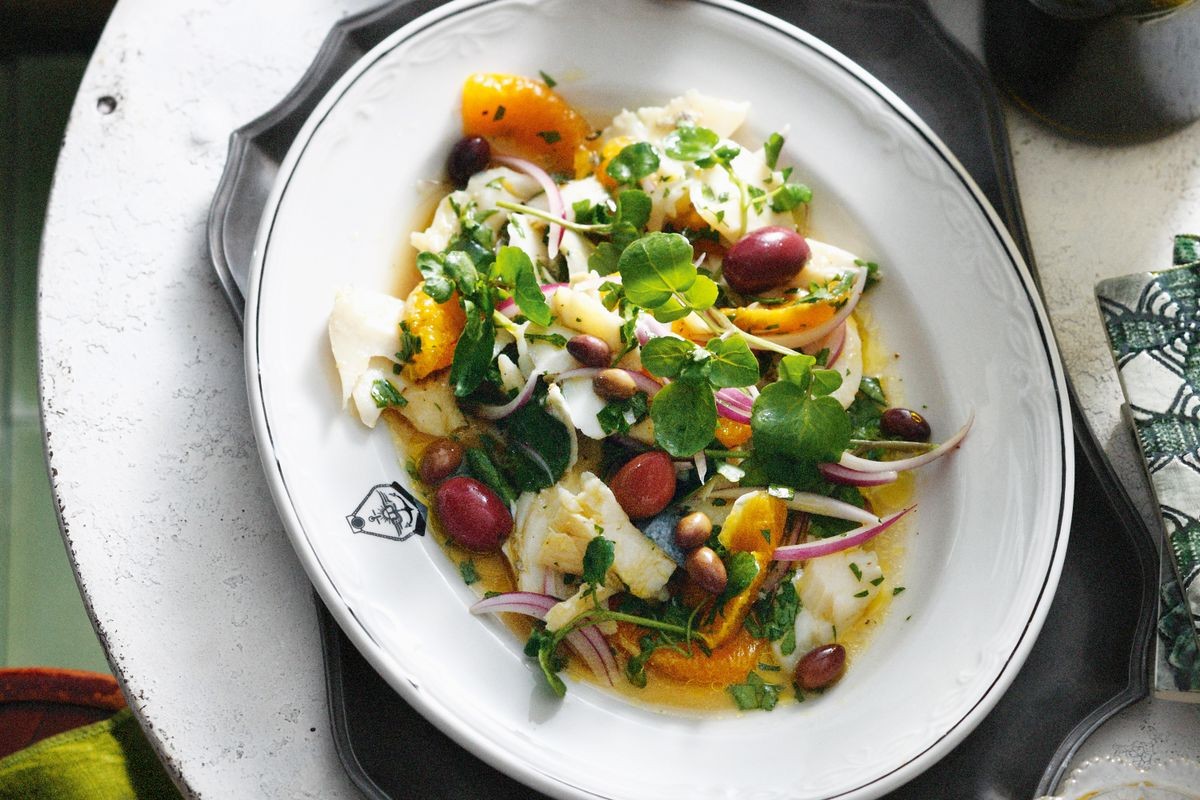 Enjoy the bold flavours of Spanish fare in this homestyle dish.

My Catalan cuisine book probably has this recipe. 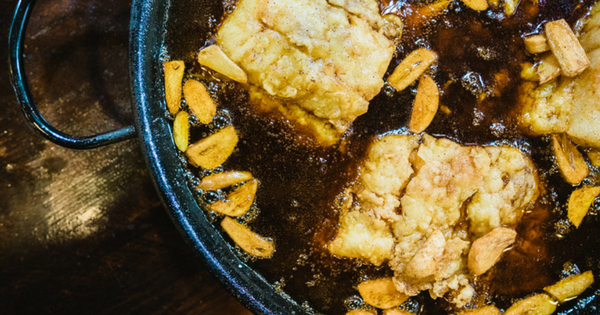 Ever tried cooking with salt cod? It's a staple to Catalan diet, and there's no wonder why! Try this easy bacalao a la llauna salt cod recipe at home!

I love most salt cod dishes in Portugal. Unfortunately you don’t eat carbs so I won’t mention any. Portuguese are BIG potato/carb eaters.

That sounds perfect! Except for the part where you are not a fan…

I am checking out your references. Also planning a 2019 trip to Portugal!

And what seems the most obvious; Can I make good salt cod for less?

Why salt cod is so expensive is mind boggling,

I suspect it might be less expensive in countries where it is used more frequently. In most of the US it just isn’t a big seller which will contribute to the expense. Generally items with quick turn over have a lower markup in the grocery business. Slow selling items might be kept to please customers but the price will go up to balance the slow sales.

Still, I was under the impression that the overall market, both when English colonies increased the demand, and when overfishing might have played a role. I’ll have to research what gave me that impression.

It was in wooden barrels where I grew up in New York.