I have the worst results cooking rice on the stove, I am thinking of getting a rice cooker that would also work as a bread steamer

opinions on the idea and/or what to purchase? or should I just keep on with my set up and perfect it rather than buying something?

thanks for any ideas

I do like rice cooker. It takes attention from me while I can focus on something else. It also free one stove space. As for the washing concern, I actually see it the other way. Most rice cookers are easily to wash than washing a pot. Just saying.

I have one large and one smaller one, but they only really get used if we’re feeding 6 or more. Otherwise we just boil a medium wineglass of rice per person in plenty of salted water for 7 minutes and then drain and allow to dry for a couple of minutes (7 minutes boil is for Basmati rice, other types may take longer??). Works just fine.

I got a small one that can make enough rice for at least 4 people (in case) , but we are only 2, so it is very good for us. it is a very basic one with 1 button: no fancy function except to cook rice, but it is enough for us. No non stick surface, but nothing really sticks. The trick is after rice is finished cooking, let it rest for 10-15 minutes. Since mine is a small one, I didn’t keep it on the worktop. Very practical as I eat rice several times a week.

It is an antique now, bought this National rice cooker when I was living in Italy some 19 years ago, glad it is still working fine.

I scoffed at rice cookers for years and now cannot live without one. I bought a very small Aroma rice cooker, it takes up little room and washes up more easily than a pot. They are very cheap. Highly recommend buying one.

I do like rice cooker. It takes attention from me while I can focus on something else. It also free one stove space. As for the washing concern, I actually see it the other way. Most rice cookers are easily to wash than washing a pot. Just saying.

Yep, those are three of my reasons for using a rice cooker. The fourth is that it’s foolproof. I don’t see any advantage to using the stove, other than not wanting to buy a new appliance. I have a 3-cup Zojirushi.

I came to the rice cooker late in life, having made rice on the stove with varying degrees of success for 46 years. Now that I finally own one (Panasonic fuzzy logic), I am wondering what the hell took me so long. It’s a great machine, very easy to clean, and makes absolutely perfect rice, all kinds. It does have a steaming basket but I’ve never used it for anything.

Re: foolproof, the rice cooker isn’t really going to screw up the rice. The only way it can screw up is if you mess up the rice-water ratio. But you have to be off a lot. Dependent on the type of rice, I usually start with twice as much water as rice (I use brown medium grain sona masoori), then tweak.

I thought about at some point cooking rice on the stove. But then I thought, why would I want to risk forgetting the rice cooking on the stove and end up with a charred pot of mess when the cooker will take care of me every time?

The only caveat is, we cook rice often. So the counter space the cooker takes up is an non-issue.

I have a non-fancy one-button cooker, though I pair it with a kitchen electricity timer, so I set the timer up so I come home from work with ready-to-eat rice.

opinions on the idea and/or what to purchase? or should I just keep on with my set up and perfect it rather than buying something?

Well, you either wash the pot you used on the stove, or you wash the rice cooker pot. Either way, you’re washing one item.

My rice cooker is older now, but if/when it dies, I plan on replacing it with a similar one. I currently have a 11 year old Sanyo Fuzzy Logic rice cooker with a timer on it. I bought this before the Zojirushi’s really got popular here in the US. The main reason I chose this one was because of the timer – I can put the rice and water in it in the morning before I leave for work, set the timer for what time I want the rice to be ready, and leave. The rice is ready at the time I set the timer for. It’s great for nights where I have leftovers in the fridge, but need fresh cooked rice. I can come home from work, rice is ready, and all I have to do is heat up my leftovers.

Rice cookers will always cook the rice nicely, assuming you add the correct rice/water ratio, and it will never burn. No babysitting needed. The only time I boil rice on the stove is when I am making biryani and need to parcook basmati rice.

We do eat rice a couple times a week. We’re Indian, so it’s almost a given. All Indian households have 2 kitchen items – a rice cooker, and a pressure cooker.

I have a 3-cup Zojirushi

Oh my god… I have a 3-cup Zojirushi too.

I have mine for 10 years now. It is still working perfectly… However, I wonder if I should get a fancy one like those induction one…etc.

Right now, most of the time I use the electric rice cooker. The only time I cook the rice on the stovetop is when I want to make those clay pot rice dishes. I could make them in the rice cooker too, but I don’t know why, it just seems right (to me) to make it on the stove with a clay pot. 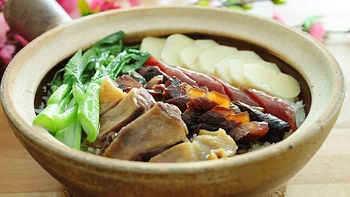 6 posts were split to a new topic: Clay pot rice

Thank you all, you convinced me to buy one!

I want a steamer too for bao, I see many of them have steamers as well. Can you recommend a brand? I can’t do more than $50 right now. Is Aroma any good?

Also digital or not?

My Aroma rice cooker is not digital and it works great. 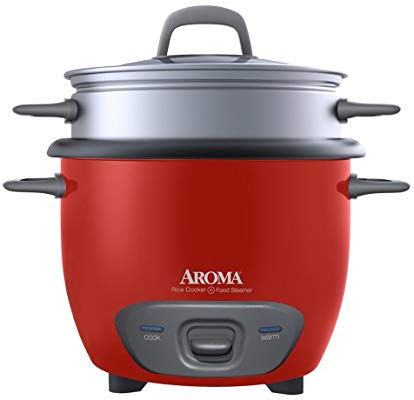 I bought a Zojirushi rice cooker, so I probably spent a little more than many people (but I have a middle range level… not the $300-500 one). I have it for 10 years now, so it is actually fairly inexpensive if I divided out by the years.

As for steamer, my recommendation is to get a stovetop one. The reason is that if you want to use your steamer to make steam buns (bao), I would think you want a high power one with a lot of steam coming out to achieve a fluffy texture. Many electric steamers are fairly gentle in comparison, but I am sure there are high power electric steamers too.

If you cook rice often, buy a rice cooker.

But if you are a once in a while rice cooker, I cook rice in the oven. I start off by bringing it to a boil, turn off the heat, cover it, and put it in a 300 oven for a half an hour. Check. If it needs longer, let it be in there longer. When the water is absorbed, let it sit for a while, on the stove top, covered. Works every time.

I’ve been looking to update my rice cooker. I have a really old one. At least 25 years old. Works great, but it is really messy. Gummy steam condensation runs onto counter. Also has to be cleaned very well because it is a mold trap. It’s relegated to storage in the attic.

I have one that’s 10 years old. Works ok, but has a tough time just making 1-2 cups of rice come out well. Roasts or burns the bottom, and I have to use exact ratios of rice to water, differing for brown vs. white, long grain, short, sushi, sweet, etc. or it comes out crunchy or mushy. I never make more than the 1-2 cups, unless for a big meal for company.

So one of the expensive fuzzy logic cookers is more than I need or want to pay. I have a lot of big ticket items that I have much higher on my list for after I move into a new home with a huge kitchen and counter space. And I have very limited counter and storage space. It’s an eat in kitchen which uses up half the counters/prep area.

I’m going to try the Aroma 6-cup cooker and see how it works. For $15-16 it’s worth checking out. Especially with the Amazon return policy.

I am not sure how other’s experience cooking brown with a non-fancy cooker. For me, since I don’t have a digital one, dependent on the type of brown, I may have to soak it for an hour prior, and add more water than when I am cooking white.

Pass on the rice cooker and get an instant pot. Will cook rice and more

The IP I had cooked rice terribly. Really, really bad.