Atsushi Tanaka has worked in the kitchen of Pierre Gagnaire when he was 17. According to the site Honest Cooking, he continued his adventures in “Quique Dacosta (Spain), Pastorale (Belgium), and more recently he took himself back to school, interning for Scandinavian restaurants such as Geranium (Copenhagen), Bjorn Frantzen and Oaxen (Stockholm) and Oud Sluis (The Netherlands).”

We can see that he got influenced from Japanese (especially his dessert), molecular cuisine, and probably Nordic and French. But the cooking itself isn’t French nor Japanese. This meal remind me of the meal of Volt in Stockholm I ate last year.

We quite enjoy this stylised meal dated in early July. We took the additional fois gras course with the lunch menu.

I like the most is the first appetiser leek and brown butter, the arctic char (ombre chevalier) with juniper berry and parsley, the second fish dish: whiting with zucchini and fir is quite good too. The beef with the scallion and black garlic is very tender

Beautiful plating and very geometric and structural design. At times, I wonder it is a bit style over substance, the grey meringue is stunning visually, but repeated in several dishes with the same taste. It works okay with the foie gras dish, but with the fish, the slightly sweet meringue seems a bit out of plate and doesn’t match the favour. The dessert is stunning, but we found the taste a bit neutral and subtle for the taste. It is an Asian style dessert.

On the whole, we are happy with this meal, I think chef Tanaka has the potential to improve in the coming years with his creativity and open mindedness in ideas and cooking techniques. 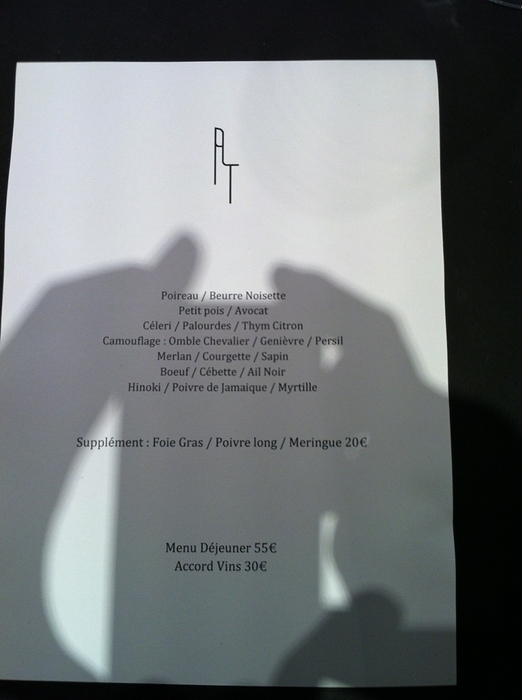 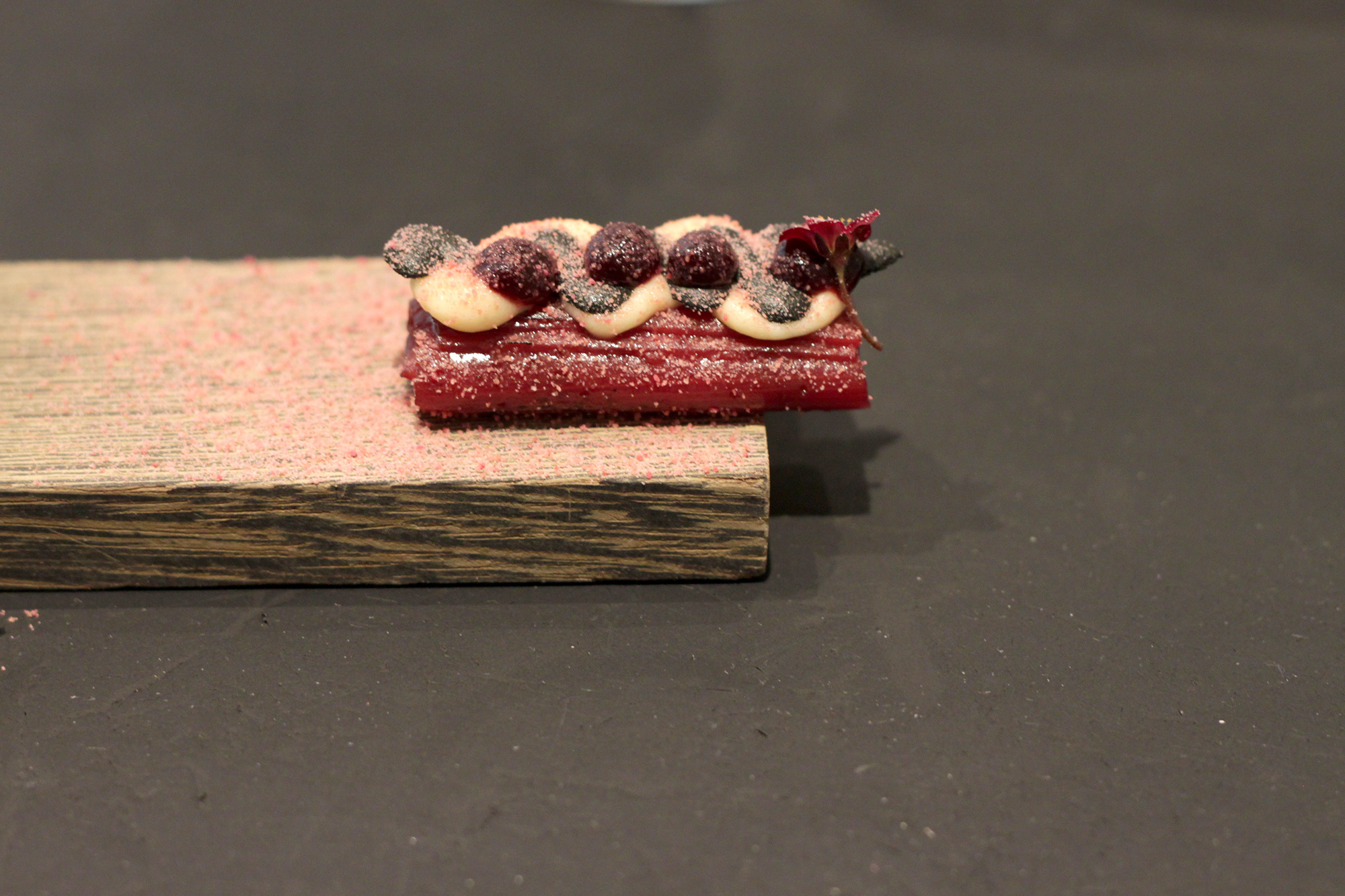 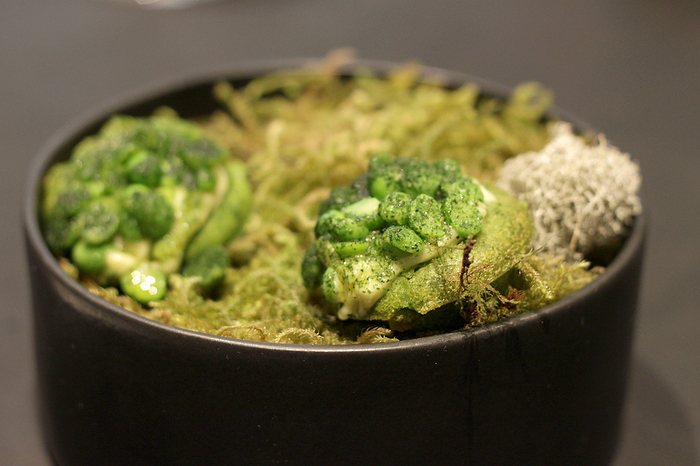 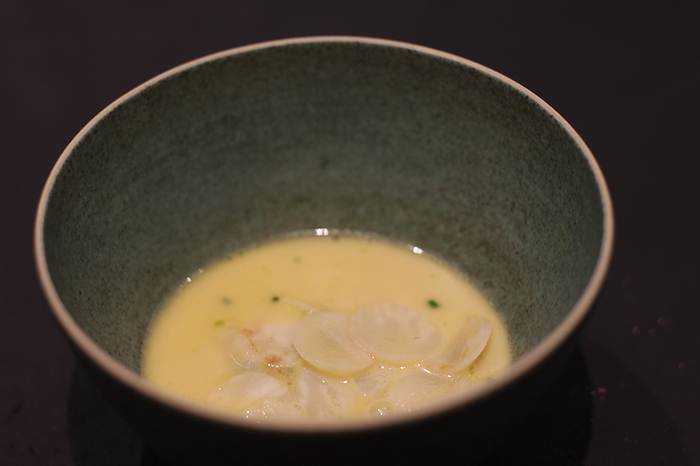 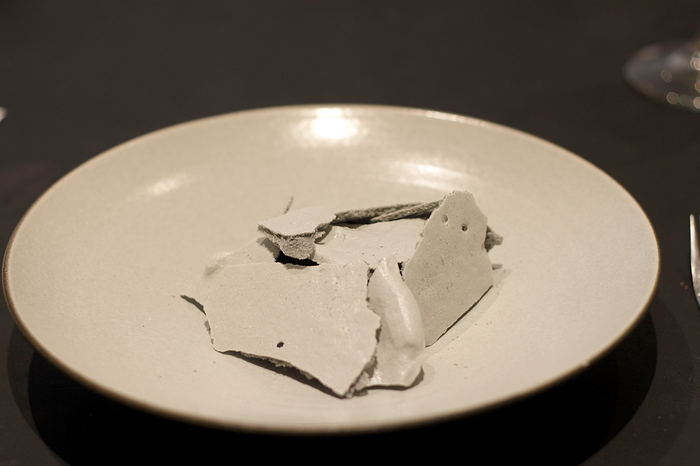 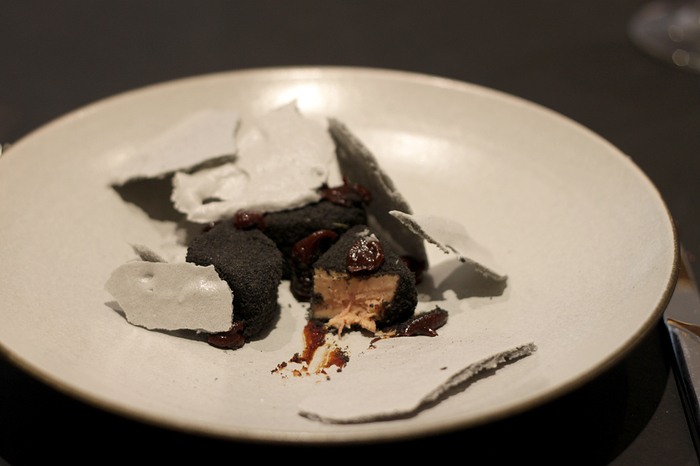 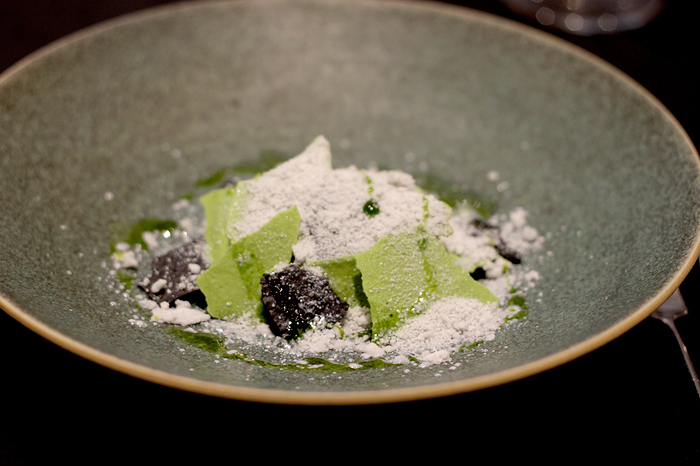 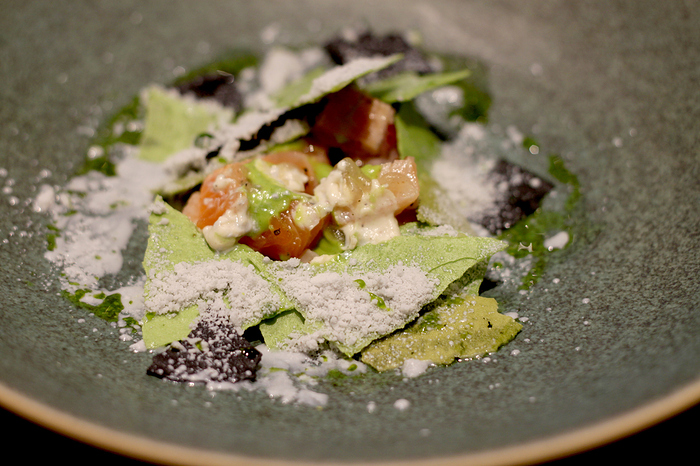 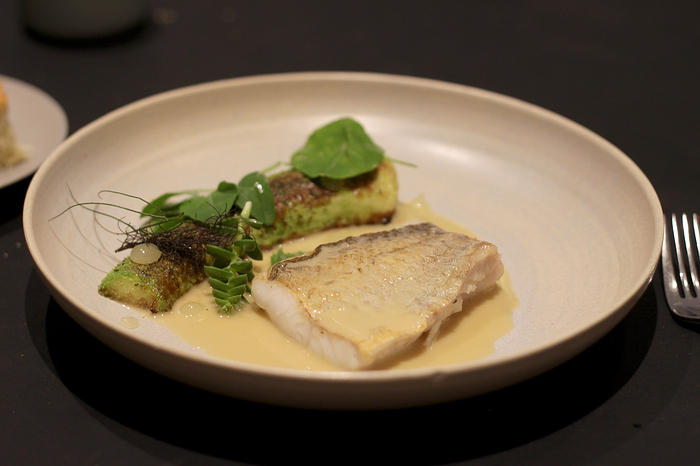 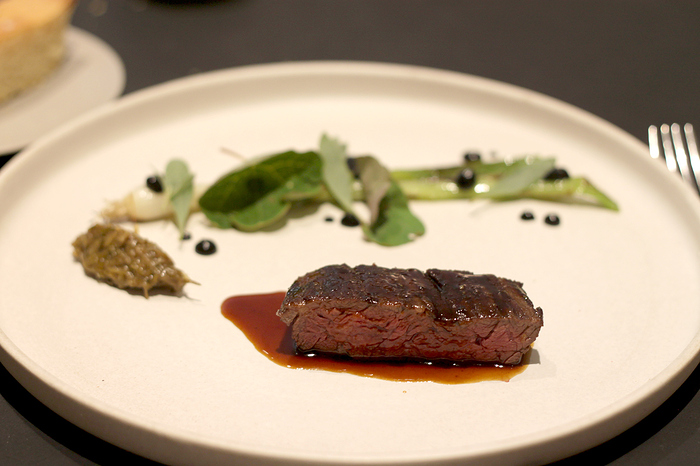 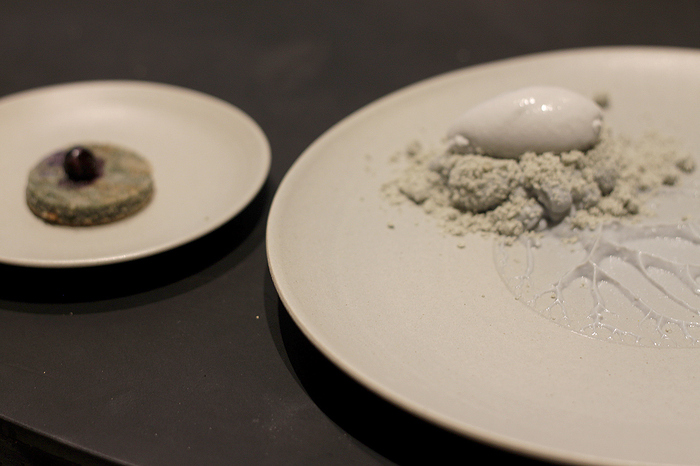 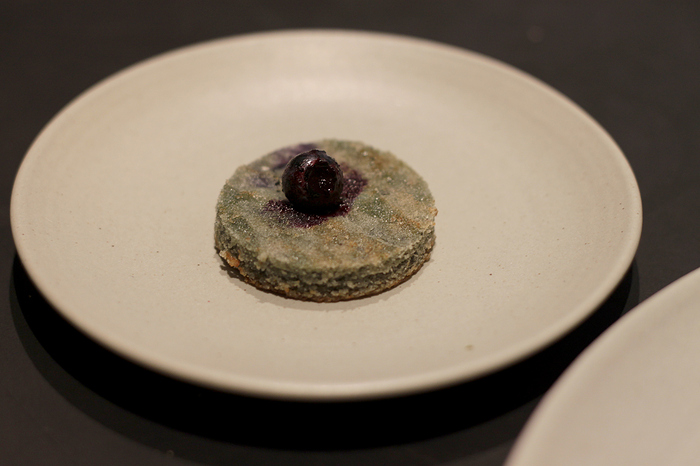 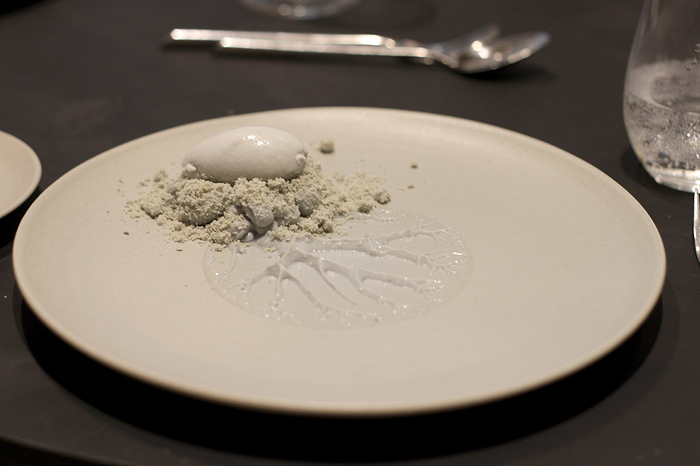