Purchased a DeBuyer Mineral 12.5” carbon steel pan and followed manufacturer’s directions for seasoning: wash wax coating off with hot water, heat a thin layer of oil (I used Canola) to the smoking point, clean w/hot water and . . .start cooking. After a week the pan had a rim of gloppy, ridgey hardened oil along the sidewall. Yuck. Opinions vary on whether such stuff affects the pan’s performance, but every time I used the pan I felt irritated. YouTube research led me to Vollrath’s Instructional video: https://m.youtube.com/watch?v=xoIO8YOpyN4
Am posting this to provide a few observations and caveats not mentioned in the video.

Disclaimers:
Was it worth it? I don’t know. I did it because I found conflicting reports about alternative (easier) methods everywhere, and I decided to trust Vollrath.
Did I do it right? I don’t know. There are so many conflicting opinions, and the video was frustratingly vague. YMMV. 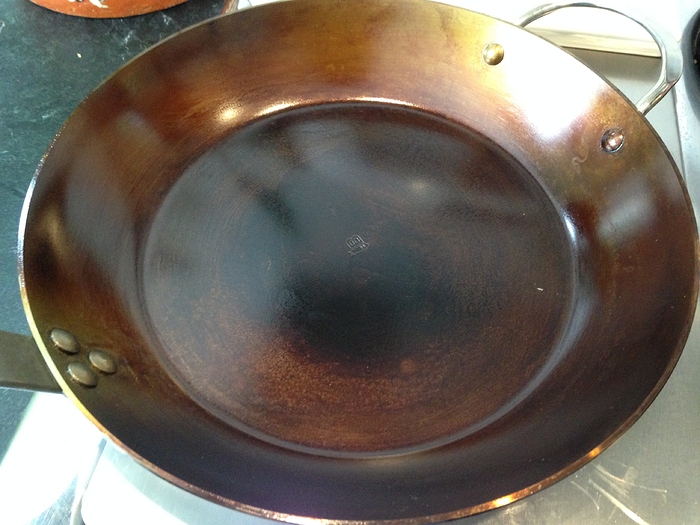 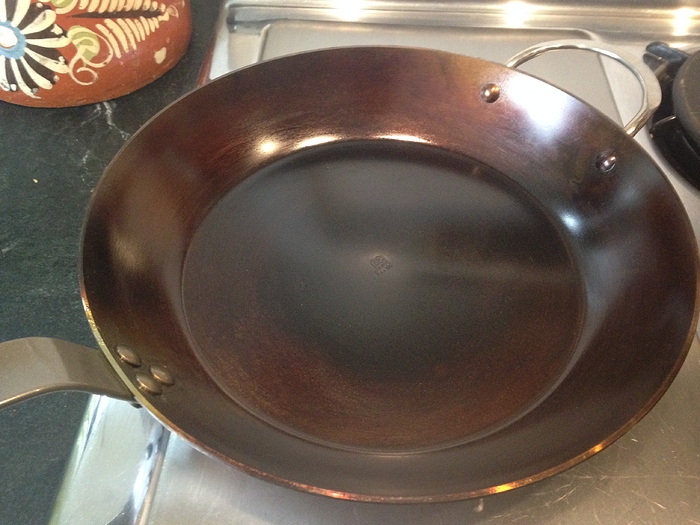 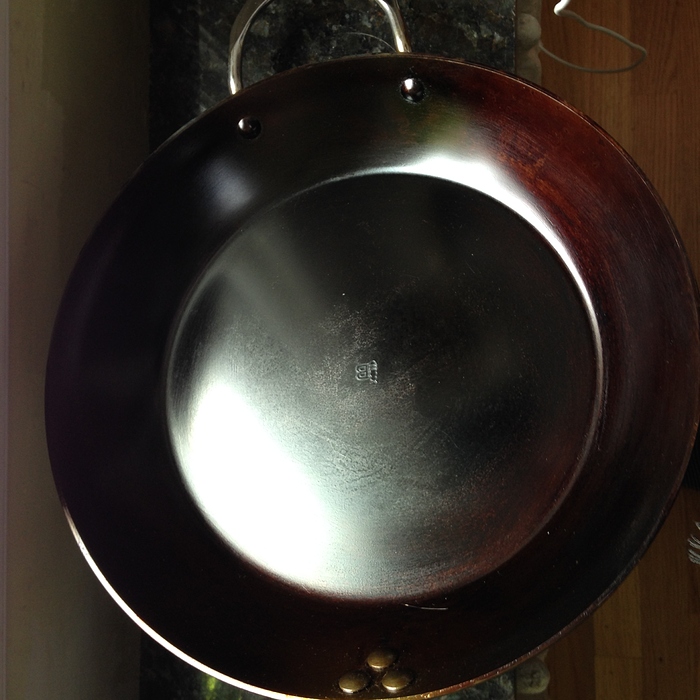 Wow! That is truly a great set of efforts you put in.

Did you toss a grenade the manufacturers way?

Dude! Well, yes. But once I was in and realized what a chore it was going to be, I didn’t have the guts to stop. Still wondering if I should have gone w/the potatoe peel method and used the time saved for a foot massage. However, in the interest of science. . .