I thought I had started a topic on this lunch meat. but it might have been submitted on CH.

Here’s my abbreviated backstory: I discovered Pressed Corned beef at the Deli counter of the butcher we frequent. This was well over 20 years ago, when I was still working, and brown bagged my lunch. I grew to love the taste and usually had it for at least two lunches in a five-day work week.

Suddenly, and abruptly, it disappeared from the deli counter offerings. I questioned the butcher and was told that the bulk loaves were a product of Argentina; (sole producer), and the U.S. Department of Agriculture had put the product under embargo and prevented it from being imported to the United States. Crushing news for me.

Years passed and I adjusted my sack meals to other things from the deli.

But then, after years of absence, it came back on the market! We started buying it again, and as I adjusted to the retired lifestyle, I had to find a way to make my lunch time a sandwich making time again. Here’s what a typical slice of Pressed Corned Beef looks like… 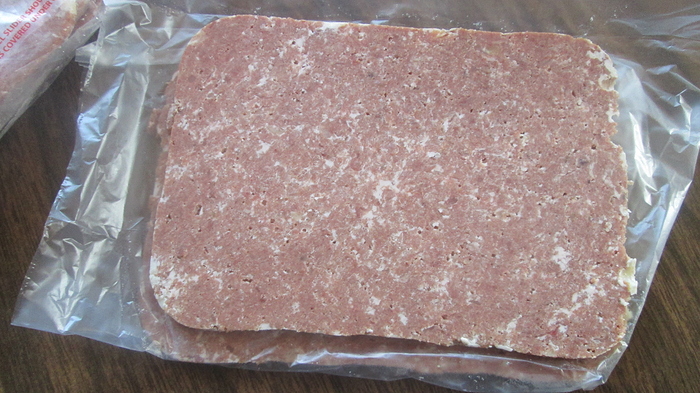 Do you have a take on this product?

I can’t say I have ever had pressed corned beef. Please describe the flavor and how it compares to other prepared versions. Thxs.

Corned beef, such as your photo, is always available amongst the sandwich meats at British supermarket. Tins are also always available (I have been known to make a mean Cornish-esque pasty using it).

Price for the sliced stuff is currently £1.75 per 100g which if I’ve done my weight & currency conversions correctly is $10.19 per pound.

FWIW, the sliced product I mention and which we buy for sandwiches comes from Brazil.

There’s a fairly long history of eating corned beef in the UK. Original supplies, in the 19th century, were from Uruguay, shipped through the port of Fray Bentos - which became the UK’s best known brand name for it (and probably still is). The tins of it feature so hevaily in my third book about the Great War that I put it in the title - “Bully Beef & Biscuits”.

This is going to be tough to answer, Dan. It’s not as “corned” as a beef brisket can be made. Much more fat in the slice to bind the meat into a loaf shape. But the Corned Beef flavor is there in more than a hint.

Mouth feel, the loaf is very similar to a tender, well prepared New England Boiled Corned Beef. A slice that separates with the touch of a fork. Best I can say, if you see it in a deli counter near you, ask for a sample to judge for yourself. Sorry I can’t be more definitive than that…

Thanks and thanks for calling my attention to it. I will inquire about it locally.

John, I think I remember your contributions to the topic when I submitted it to CH.

One of the correspondents back then suggested I try the tinned Hormel Corned Beef. I’d already had experience with that product and considered it much more harsh tasting than the product from Argentina.

Does the slice I pictured resemble the product available in British supermarkets?

Does the slice I pictured resemble the product available in British supermarkets?

Absolutely. Very much like the packaged sliced product. And the deli counter has a big block of it, to slice to order. We always buy the packaged as there’s a longer fridge life to it.

So not like the cheap Land o Frost packages?
That’s all I’ve ever encountered.

So not like the cheap Land o Frost packages?
That’s all I’ve ever encountered.

Jimmy! In Ohio here. Mom used to buy this meat all the time in the 70’s. I loved it on white bread. Where can I find this? Please help! Thanks.

Talk about a blast from the past… back in the 70’s when I was a regular lunch taker I used to buy that stuff for sandwiches. That & chipped ham were my sandwich staples. I haven’t thought about pressed corned beef in years.

The butcher shop we shop has a large and diverse lunch meat and cheese case.

Next time we visit, I’ll ask for the brand name and provider of the pressed corn beef. That will probably allow a search of locations where sold in Ohio.

You give me hope Jimmy! I’ve been searching for years. Can’t wait to hear from you. Thanks so much!

Looks like the pressed corned beef may be back soon! 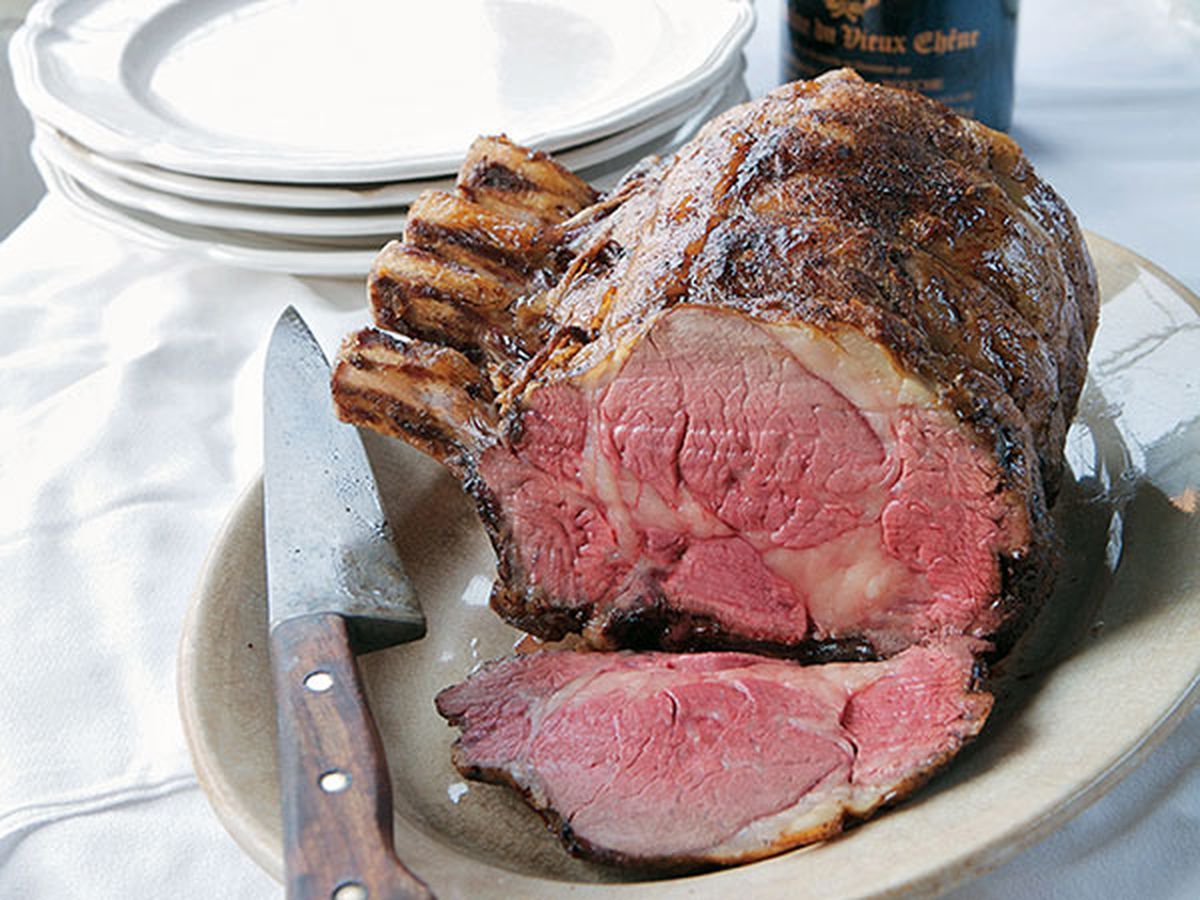 After a 17-year ban, Philadelphia port is receiving a premium import from...

PhilaPort will receive one of the first shipments of Argentine lean beef after the U.S. lifted a 17-year ban following an outbreak of foot-and-mouth disease.

I loved this for many years. In my area it was as called Corn Beef Loaf. My mother bought it just for me. Growing up with six siblings it was rare that we could afford something like this. Still looking for it to this day.

Welcome to our community, where all things food are discussed by some of the nicest and most courteous people.
Please feel free to jump into any conversation at anytime. Everyone’s experiences and views are considered!
Again hope to see you round the Onion boards!

Hi! I have been looking for this all over. We used to have it readily available in WI and people look at me like I am nuts when I try to describe it to them. Where did you find it? I would love to order some for my parents who also love it.

@Paul_Seymour
Tried to email back to you, Paul. Fail.
Here is how I replied…

Thanks for your email.

I love pressed corned beef too.

I buy pressed corned beef when I do a run to a nearby butcher shop. I’ve never seen it stocked at a supermarket deli counter.

The next time I do a run to the butcher, I’ll ask him who distributes the product he buys. Then I’ll follow up with you…