My annual “December Dilemma” is how to cook enough potato latkes to satisfy my family during our Hanukkah get-together. I’ve tried cooking them in advance and reheating them in the oven just before serving, but they’re just not as good. And when I try to prepare them just before dinner time, it requires 2-3 pans going at once and the house smells for DAYS afterward. AND most of the latkes never even make it to the table because they get eaten right out of the pan. This year I’m having 15 for dinner so I’m considering defaulting to a potato kugel instead of latkes. I know, I know – it’s NOT the same. But a kugel (or two) will be so much more manageable.

I typically make potato kugel in a rectangular baking dish in the oven. But I had the idea that maybe a large cast iron skillet would work better. My thought was to get the skillet blazing hot in the oven, then pour in the kugel batter, lower the oven heat a bit and let it bake. That way, the bottom and sides would crisp up from the heat of the pan, and I can crisp the top at the end of cooking under the broiler.

What inspired me to think about making kugel this way was baking no-knead bread in a preheated cast iron pot, and loving the crust that develops. Has anyone ever tried this kind of technique with kugel? If so, can you tell me how it worked out? Thanks!

i have no experience with either kugel or latkes, but i get my cast iron pan ripping hot when i make corn bread and frittatas, so, i expect that it would work for a kugel.

Hi Cindy,
Back to the latkes…I do prepare them in the morning and over the years have come up with a few of my own tricks to eliminate some of the hassle;
I get the windows open, and place a fan in my kitchen with the exhaust hood on high. This way there is more fresh air flowing into the kitchen that can be sucked out by the exhaust hood. I close all the doors in the house!!
I coarse grate my potatoes, use more egg and add in a little baking powder to really lighten up the latkes. When I fry them I make small latkes, not “geuzunta” ones.
I fry them in a mixture of corn and canola oil. (jut a personal preference)
I use several sheet pans with wire racks to cool them and let the grease drip off. I let them sit at room temperature for the rest of the day, after they have cooled with some loose fitting foil over them.
They are then warmed un-covered in the oven on the racks at 350 and I find they do not get soggy and although there is nothing like a hot one from the pan, everyone seems to enjoy them.

BCC – thanks! That’s an interesting technique Bittman uses, very similar to what I was imagining and a great alternative to latkes. The one phrase of his that caught me was “Very satisfying when it works,” referring to sliding the half-cooked “nik” from the pan onto the plate. If that isn’t done JUST right, you end up with potato smush.

Hi Phreddy… I’m trying to eliminate the part where the latkes get fried on the stovetop. So I had another “what-if” idea. What if I were to use one of these baking pans that are designed for baking muffin tops? Oil the pan (even though it’s non-stick), let the oil heat in the oven, ladle the latke mixture into the muffin sections, bake for however long it takes for them to brown and crisp up, flip them and finish cooking on the second side. Do you think that might work? I could have two pans going at once and be finished in no time at all. 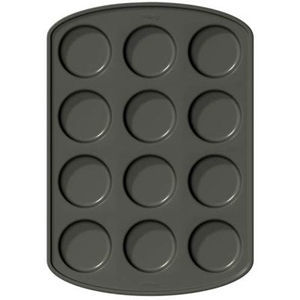 Your idea of cooking the kugel in a casserole like the no-knead bread is also very interesting. How would you do it? 350 F? 30 minutes covered, 30 minutes uncovered?

It is certainly worth a try, even if you were to say, today, make a small batch and see how they turn out… I would imagine you want to make at least 3 dozen for your party…
The real consideration is that the cooking of the latkes is done with the mixture immersed in oil, in this case, the oil will only be there to prevent any sticking, add some flavor thus making a baked latke. Now as for the smell, not sure of yours, but my wall oven is a conventional/convection oven vented to the outside, so when we roast or bake we have no smell inside the house. You also have to consider the temperature of the pan you are using, efficiency of your oven so as not to burn the latkes…therefore careful monitoring of the heat will be very important in your experiment…
I would start with a very hot 450 oven to get a crispy latke, because they will be thin in that type of panand cook for a short time.
Please keep us posted as to your progress…I am always open to new methods and tricks…

No. I don’t think I’d get the crispness I’m looking for if it were cooked covered. The inspiration from using the super-heated cast iron pot for the bread was mostly about that “sizzle” when the moist dough first comes in contact with the surface of the hot pan. Ya gotta have that sizzle if you want crispy potatoes.

I wonder if I can use a griddle in the oven and make latkes instead of kugel. Maybe a cast iron pan like this would work: 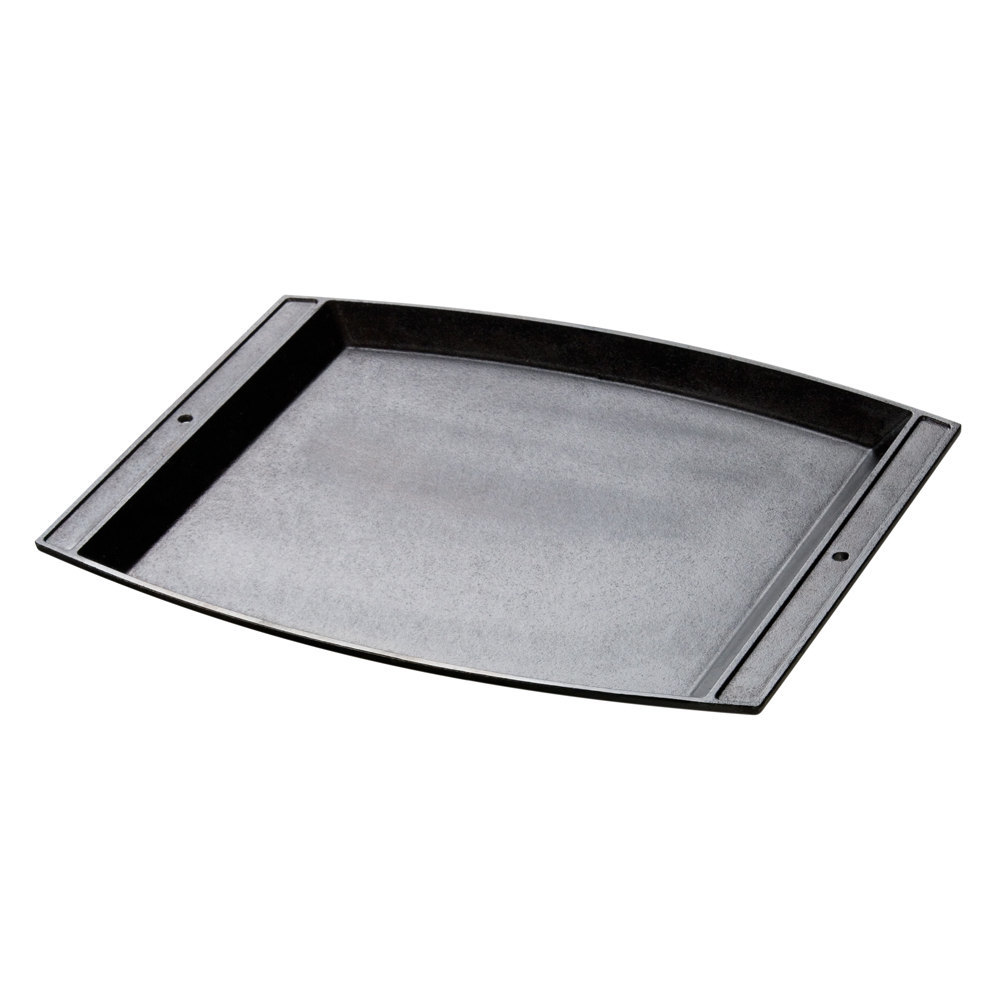 Or would I be in danger of setting my oven on fire if I heated oil in this pan in the oven?

What about this: I make a recipe for roasted squid that involves heating a cast iron pan on the stove until it’s very hot, and then transferring it to the oven after adding the squid. That might work for your latkes.

I have double ovens both with conventional and convection options. Why-oh-why did I not even think of having them vented to the outside when I had my kitchen renovated???

Whatever method I decide to try, I’ll definitely do a trial-run in advance.

I would be SOOOOO afraid of moving a heavy cast iron pan that contains hot oil from the cooktop to the oven.

Yeah, that is a concern. There’s not much oil involved with the squid recipe, and my pan has high sides.

Okay… the creative juices are at work. What do you think about oven-frying latkes in THIS cast iron pan? 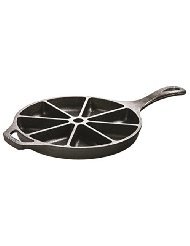 They would not be latkes in this pan,

Give a try to the convection oven as hot as you can make it, and then preheating the muffin top pans as hot as you can get them…by making them thin and small they should crisp up nicely…
Do you have a barbecue outside with a side burner?..if it is possible, ask one of the guests for some help outside…

They would not be latkes in this pan

Couldn’t they be wedge-shaped latkes if I didn’t fill the sections all the way up?

My concern now is the safety of that hot setting with the non-stick material of that muffin top pan.

Do you have a barbecue outside with a side burner?..if it is possible, ask one of the guests for some help outside…

I don’t. I use a charcoal grill. A few years ago, facing the same challenge, I asked my son to cook the latkes outside using an electric skillet. With outdoor temps in the low 30s that day, he was NOT cooperative. Neither was the electric skillet, as I recall.

Ok, then it seems it will be latke cakes…It is like duck confit…you could roast it, but with out immersing and cooking the meat in the fat it is just something else…
Really for the once a year meal it is worth it for me, even though my significant other does complain…but given a warm crispy latke with crème fraiche and a dash of caviar or smoke salmon, she forgets real quickly, and it seems from the food, her nose stops working…

I think the muffin-top pan idea has promise. I also have a whoopie-pie pan, which is similar but with smaller wells. The key would be to preheat the pans in the oven on moderate heat, gradually, so they have good heat retention. Then oil the wells and bump the heat up for maybe 5 minutes before ladling in the mixture - be it for kugel or latkes.

Another thought for kugel would be to make a big, shallow version using sheet pans. That should up the crispness factor because of the increased surface-to-depth ratio.