While it has literally been 21 years since I last dined there, I stopped going primarily because the servers were rude (once throwing a the check and billfold at a client and told them: “why don’t you just server yourself the rest of the night” ) the wait ridiculous even with reservations…and the old “cash only” policy (yes I know they have their own credit card but that’s another story).

Honestly I agree there is equal or better out there especially in Manhattan and especially if you are looking for ambiance and service as well as a dam good steak. Sad to hear that the place is literally going that down hill though…I don’t it will cut into business though. The place will survive forever as nothing more than a tourist trap. 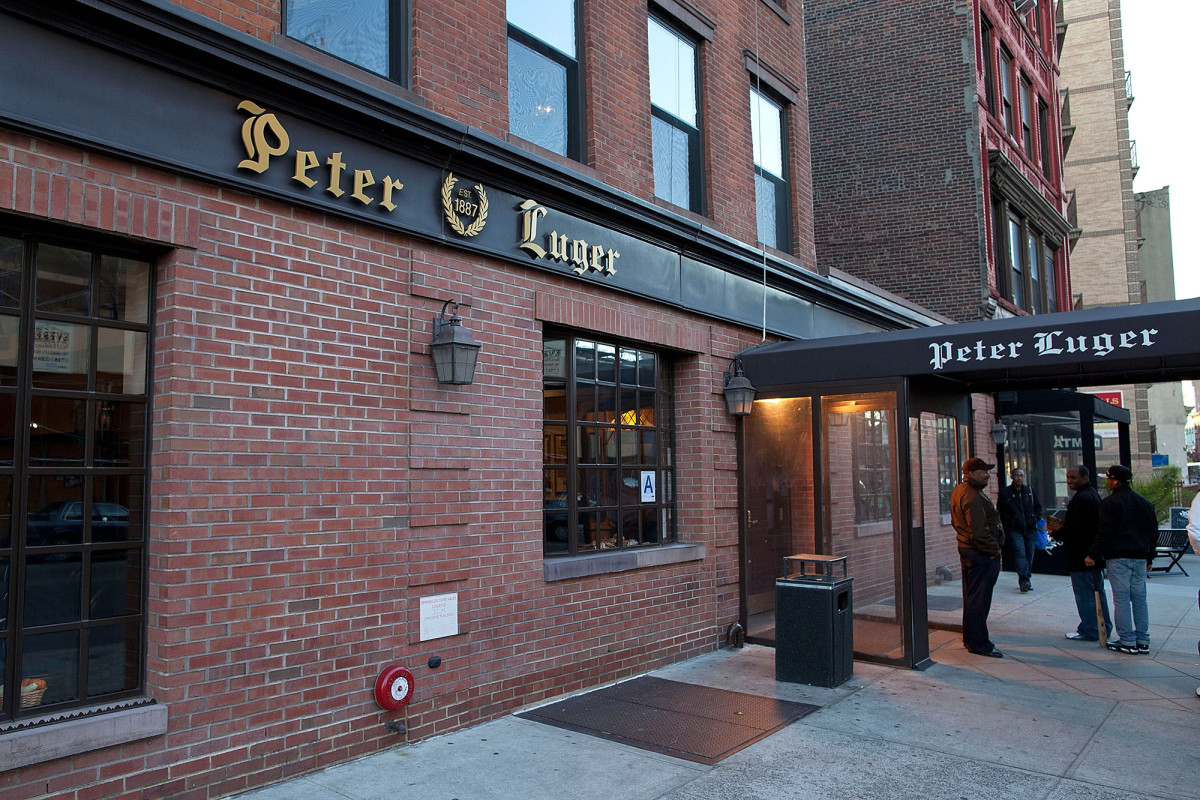 New York institution Peter Luger has been ripped as a washed-up, overpriced scam in an excoriating zero-star review by the New York Times. The blistering critique by the newspaper’s restauran…

Completely agree that it won’t affect their bottom line, but let’s face it–many long-standing institutions are exactly that–long standing, but not much else. As I like to say, the Emperor has no clothes. It’s about time someone said so. #IfYouSeeSomethingSaySomething

This is my favorite line:
“The Department of Motor Vehicles is a block party compared with the line at Peter Luger.”

I haven’t been to Luger’s since the mid 1990s but had an excellent steak then. Maybe this will be a wake up call for them.

Wow, that is a scathing review all right.

I just ate there for lunch a few days ago, right after that review came out. I thought the service was actually rather nice as I got sat pretty fast at the bar. Bartender was pretty happy and I really couldn’t complain about much.

Had the steak for one and I thought it was still delicious. Expensive, but still nicely done. Maybe they improved since the review?

I just read this much more positive review… 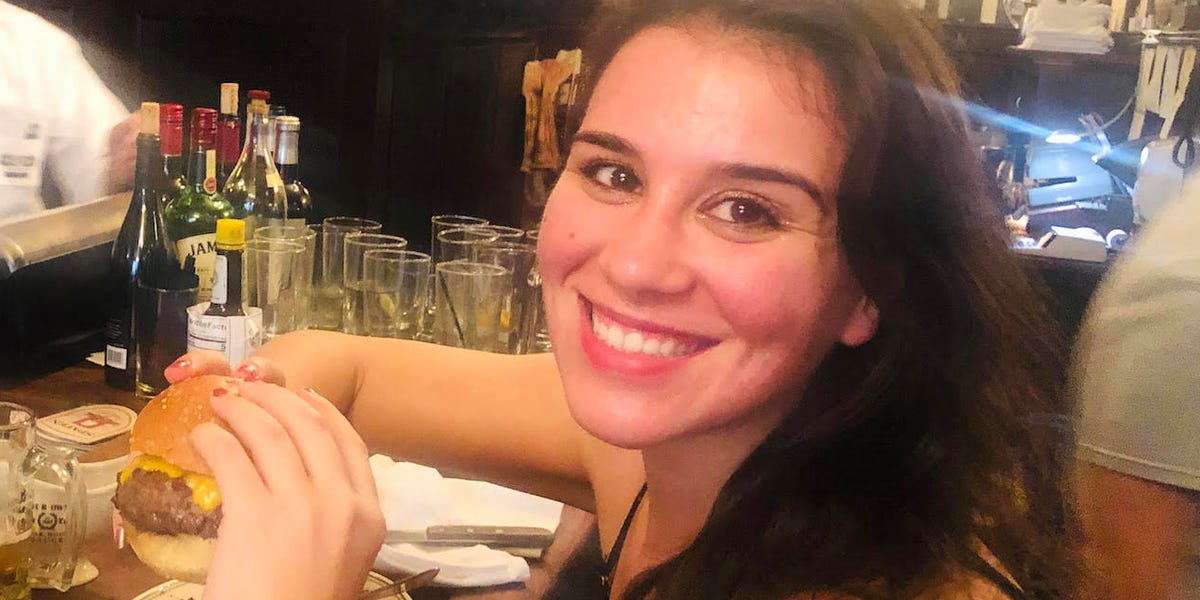 I had lunch at Peter Luger after The New York Times gave the iconic steakhouse...

The burger was so juicy I had to wipe my fingers after every bite. And everyone from regulars to tourists couldn't stop singing Peter Luger's praises.

That review isn’t relevant. Everyone who goes to Lugers on a semi-regular basis, for both lunch, and dinner; knows that the scene, service, and food at lunch are MUCH better. You really can’t compare dinner and lunch.

Actually, a nice diverse listing. We were back at Gage & Tollner this past week and the steaks looked really good; however, its hard not to order the fried chicken. And tonight is dinner at Keens, which I personally think is the best of the bunch. The “mutton” chops are a must to have once but they are just too fatty for me – the prime rib, however…
As for Luger, well I grew up and still live in Bklyn so I see the no star review with as much credence as the other side of the coin “best steak ever” reviews of years gone by. Its still quite good for their one trick pony porterhouse, but my favorite line on the Bloomberg listing is “…extra thick bacon that demands a knife to be cut and onions with tomatoes that always taste out of season”. Yep.

Interesting that UK mini-chain Hawksmoor gets a mention in Bone’s link. It’s their only branch outside the UK and, indeed, only one of two outside London. The other one is in my nearby city, Manchester, in northwest England. We havent been since 2018, following two successive meals where the steak was tough as old boots. So tough that both were comp’d

In the turnabout department, the London branch (Belgravia) of the iconic American steakhouse The Palm didn’t last.

Love Keens! I’ve only had it once but didn’t find the mutton chop fatty. Nor did I find it gamey, so I’m not fully convinced it is actually mutton chop versus younger lamb chop, but it was delicious either way!

In the turnabout department, the London branch (Belgravia) of the iconic American steakhouse The Palm didn’t last.

On the other hand, the London outlet of Smith & Wollensky is still going. It received a devastating review from Jay Rayner, probably our best known restaurant critic. Some time after that, I made the mistake of thinking that it couldnt be as bad on home ground as Rayner had indicated. So we went for a meal at the Miami beach branch. Simply awful. Not only massively expensive but exceptionally poor value for money. I couldnt improve on Rayner’s comment on his London meal - "It is about as shoddy an operation in separating people from inexcusable amounts of their cash as I have seen in a very long time.”

The mutton chop at Keens is not mutton. It’s a loin chop cut from the saddle. My husband likes it. The superb double cut lamb chops are my favorite.

Decades ago, one close to us (who is not known for his palate) complained about the S&W mother ship on Thoid Ave about the massively expensive meal – and that was from the guest’s vantage.

We had another close friend whose decades-long acquaintance with The Palm that made its name on menu as well as wall decorations has – we’ve just discovered – recently seen its heritage (let’s just hope the oversized Maine lobsters are still offered) altered: 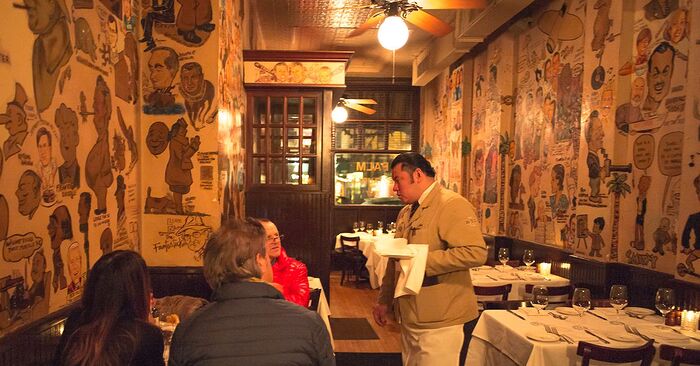 Landry’s, the Houston-based company behind Del Frisco’s, is taking over all locations across the country

Exactly. Not mutton. As for tonight, suffice it to say that we have about ⅔ of my prime rib portion sitting in our refrigerator alongside about the same amount of my wife’s steak (& half a baked potato). We ate more than my doctor would approve of, but these portions are massive. And, something I didn’t realize until tonight is that the wine list (at least those bottles that we had tonight) are very reasonably marked up – one was double retail (a good zin) and the other (a syrah) was just under double retail. Unheard of these days and very welcome.

I love lamb but mutton is a whole other matter. I’m not sure anyone not raised on mutton can eat it. It’s overpowering. Practically tastes like it’s gone rancid to me.

Yeah it’s a bit much for me we well. My only time trying it though was at Keens! I like Keens more for the richness of its history more than its food/steaks. My personal opinion.

You may have thought you were eating mutton, but as Steve and I said upthread, it was not. In case you don’t believe us…. In his 2005 review of Keens, Frank Bruni began with the”reveal” that the mutton chop was actually “a 26-ounce saddle of lamb.”