I’ve just returned from a visit in San Francisco where I had the most amazing Omakase experience ever. (At Ace Wasabi Rock and Roll Sushi) My son has befriended the sushi chef there, and we sat at the sushi bar devouring one amazing bite after another. And now I want to have the same experience here at home.

I don’t think that is happening in Monmouth county, but you could call Yumi in Sea Bright and inquire. I haven’t been there in a while and I think I asked and their answer was to set it up beforehand. But I can’t swear that my recollection is correct.

In my heart of hearts, I think you’ll have to go to NYC for true omakase.

Ask at Taka in Asbury Park, too!

You’ll have to leave your comfort zone, i.e. Monmouth County, and go see Ike at Shumi in Somerville.

Shumi in Somerville one of Jersey's best

The setting may be nondescript, but the sushi produced by chef Ike Aikasa at Somerville's Shumi is anything but

I did see that article and will likely make the trek, but am hoping to find someone closer to home (even 30 minutes away) to go to regularly.

No kidding! And while I do occasionally frequent Yumi I find their sushi overly fussy (in addition to being overly expensive.)

You might be able to get something similar at Kazu (Freehold) or Sono (Middletown). Otherwise the places I know are Tomo (East Hanover) and a couple places up in Fort Lee.

Even if they offer it, an Omakase at a normal local sushi joint just isn’t going to cut it, no one has anything interesting on the menu around these parts.

I know you’re right. The sushi chef at Ace used a torch on some, created special sauces, and pronounced with each offering “no soy sauce” lol Of course he was right. But we’ll try Kazu and will give Sono sushi chef a chance. Also wondering whether Sushi guys at Aji in Long Branch could muster up something great?

I can almost guarantee sono and aji are not going to offer the experience you are looking for.

Even if they offer it, an Omakase at a normal local sushi joint just isn’t going to cut it, no one has anything interesting on the menu around these parts.

If you search HO, there are are plenty of posts on the topic of Jersey Sushi and Omakase (or the lack thereof) …

Have been to Fuku three times now. We always sit at the bar with Chef Mike who is well trained and well versed in gourmet sushi preparations and presentations. The other sushi Chef with him is Chef Dave who owned Osho for many years who is an extremely accomplished sushi chef in his own right. We let Mike make us omakase each time we’ve been there. The first two times were actually really really good with excellent fish/sauce combinations with beautiful plating. The prices were fair for the qu…

Taka in Asbury (and other Japanese) New Jersey

Didnt want to get too specific/narrow, but first question is any reco’s on what to have at Taka, and then more broadly, anything new and interesting around Asbury or relative area for japanese - sushi or otherwise? What to order? Thanks!

A vast majority of the Sushi places in Jersey are run by Fujianese (the dominant Chinese ethnic group in the greater New York area), most of whom have no training in Japan.

What is served is an endless variety of basically 5-6 types of fish (yellow fin, yellow tail, crap stick, salmon, flying fish roe & white tuna) in endless and seemingly similar “signature rolls”. If they have Uni (sea urchin roe) it is well aged, sometimes you may see squid or octopus. Even the places that are actually run by Japanese still feature the same fish sorts, just check menus on line.

The fish sorts in Jersey invariably include ‘white tuna’ or escolar, which actually causes diarrhea, and IMO should be banned from menus.

So in Jersey sushi is more like Kamikaze than Omakase…

In my heart of hearts, I think you’ll have to go to NYC for true omakase.

There are a number of really outstanding sushi places in NYC that have decent omakase. You should be prepared to spend at least $ 125 per person and upwards. Yasuda, Nakazawa, Tanoshi, come to mind. Check the web, there are always new ones.

Yeah I’ve read those. Thinking I’ll have to try Chef Mike at Fuku. We’ve been there a few times for poke or sushi and their fish is always very fresh. But yes, I guess I will have to bite the bullet and find a place in NYC. 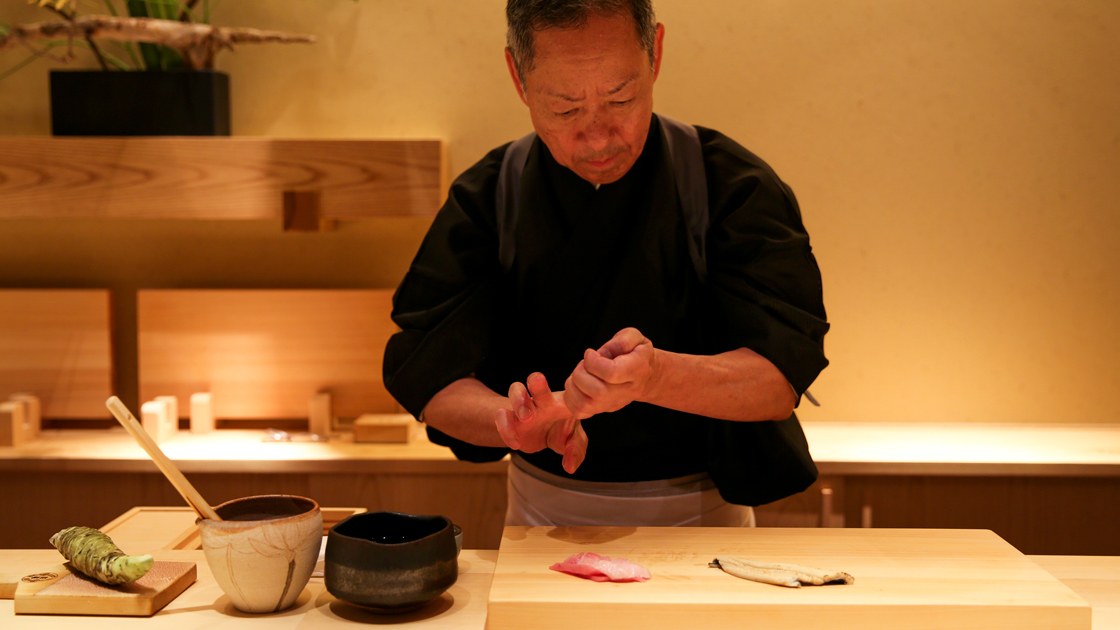 In my humble opinion, Sheunn at Yumi makes the best omakase including a lot of the places in New York. The problem is Sheunn’s omakase is extraordinarily expensive. (It could run around $150 per person plus tip). He has a wonderful assortment of fish, plus makes some of most incredible plates that will not only please the eye but your palate as well.

You rock! I’ll check these out.

As noted things come and go pretty quickly in the city these days. So it is hard to keep up with all the changes and especially what is hot and new.

Favorites that I had thought would be around forever like Les Halles, Bice, Nobu, Four Seasons, etc are gone, victims of the increasing rents in NYC.

The article is from October 2017 so there is a pretty good chance that most of those places are still open.

Favorites that I had thought would be around forever like Les Halles, Bice, Nobu, Four Seasons, etc are gone, victims of the increasing rents in NYC. 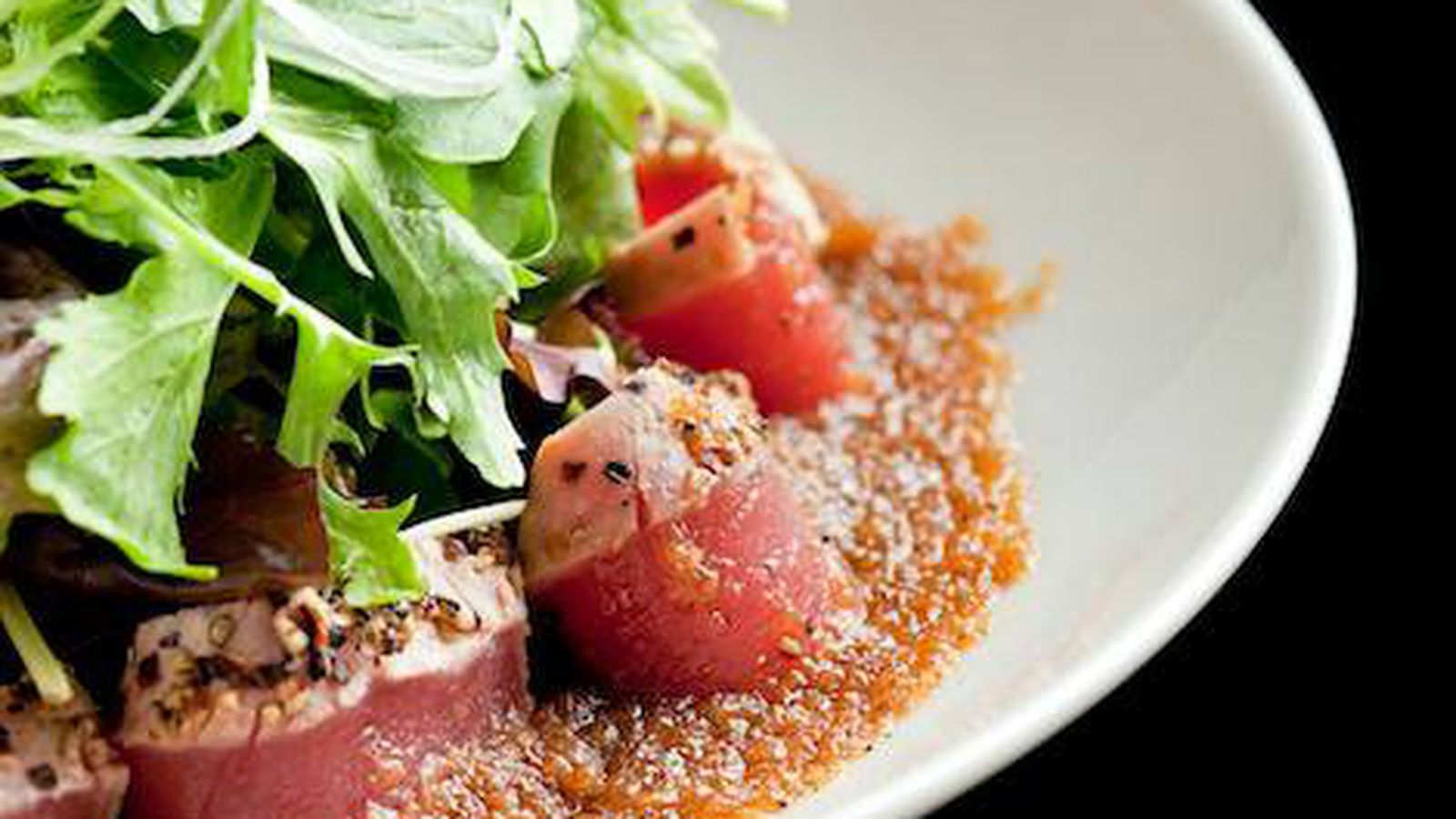 The downtown location will debut the first week of April

The original on Hudson St closed two weeks ago, they are moving it downtown to a new address on Broadway. I’m always kind of skeptical when this happens.

If you read the article, they are citing rent as the main reason for the relocation.

Got it. But they are only moving and not shuttering forever like your other examples. Also Nobu 57 is still in the same location. Just seeking clarification. Thanks.

Call me old fashioned, but it is never the same after they move it and reopen. And usually they make it for a couple of years after the reopening, and then go away for good.