Yes, they are so addictive. I love the spicy celery. I usually eat the whole shrimp with the shell. He also throws in some fresh ginger in there too.

Oh yes—shells and all! The Ma La is amazing on those!

I’m always fairly east, so I’m game it’s just scheduling for me can be tricky between work and family obligations.

Although I mentioned a few of my favorite shrimp dishes above I will add to the list:

if you guys are out “east” let me know

Im ready when you are fellas. I was eyeing up the mussels, clams casino and calamari for apps when I was there.

Some notb shrimp dishes, my diablo shrimp and garlic shrimp. Diablo hands down for me. Garlic shrimp were OK but I’m spoiled when it come to Garlic shrimp from newark. I posted these in the mexican thread. Not great pics but… 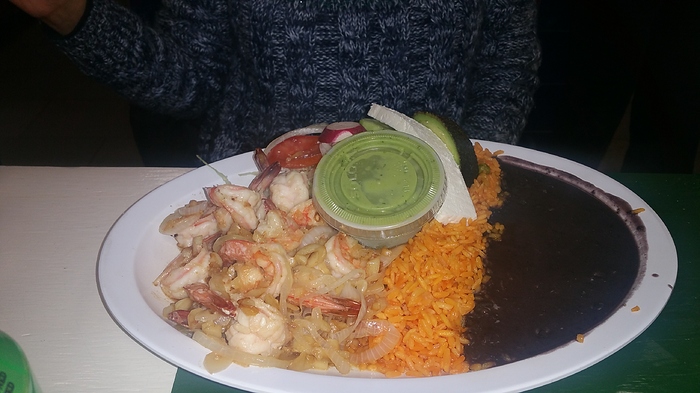 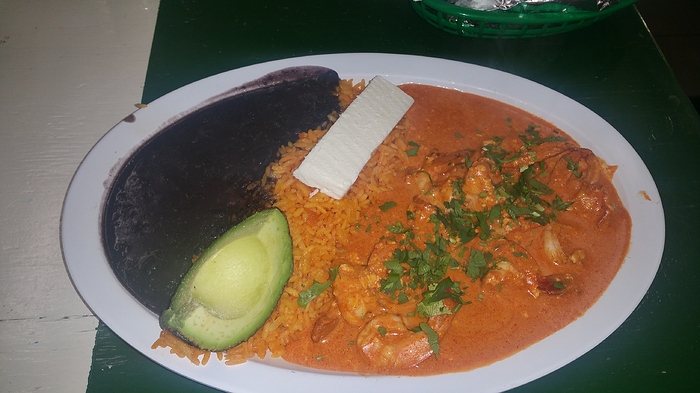 I’ve written about this dish extensively in the Los Corrales (Keyport) thread, but their Camarones al Diablo (shrimp in devil’s sauce) is easily a top 5 dish in my life’s worth of eating. 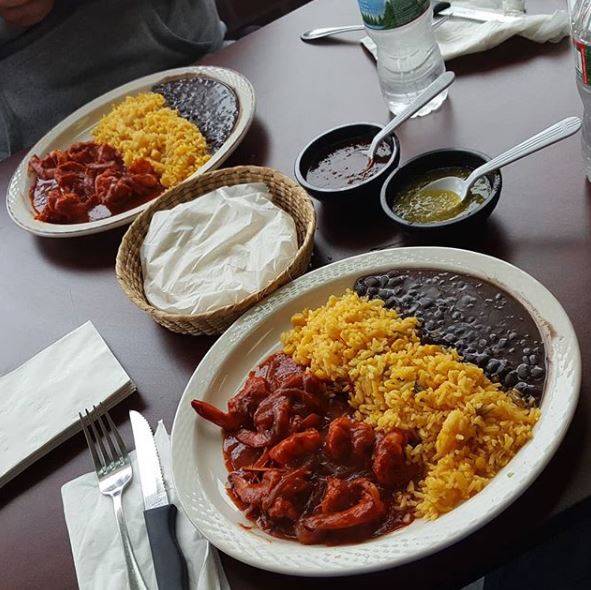 That is looking good Greg! I will have to give that a shot. On a 1 to 10, what is the heat rating you would give the sauce?

Without saying anything (like make it as hot as you can), it is probably around a 6 or 7. To me, it’s above mild. To most, it would be death. But twice I have told them to give it to me as hot as possible. Yesterday was insane. Top 3 hottest dishes I’ve had in my life. Easily a 9 out of 10.

I have eaten there every Friday for about a month now. I get it every time. They have a great menu, but this dish is perfection. I feel like I cannot order anything else. The owner talks to me frequently now and she said I should order something else and just get that sauce on it! She also said if I ask early enough, they would make me a container to take home.

I just had some tonight. 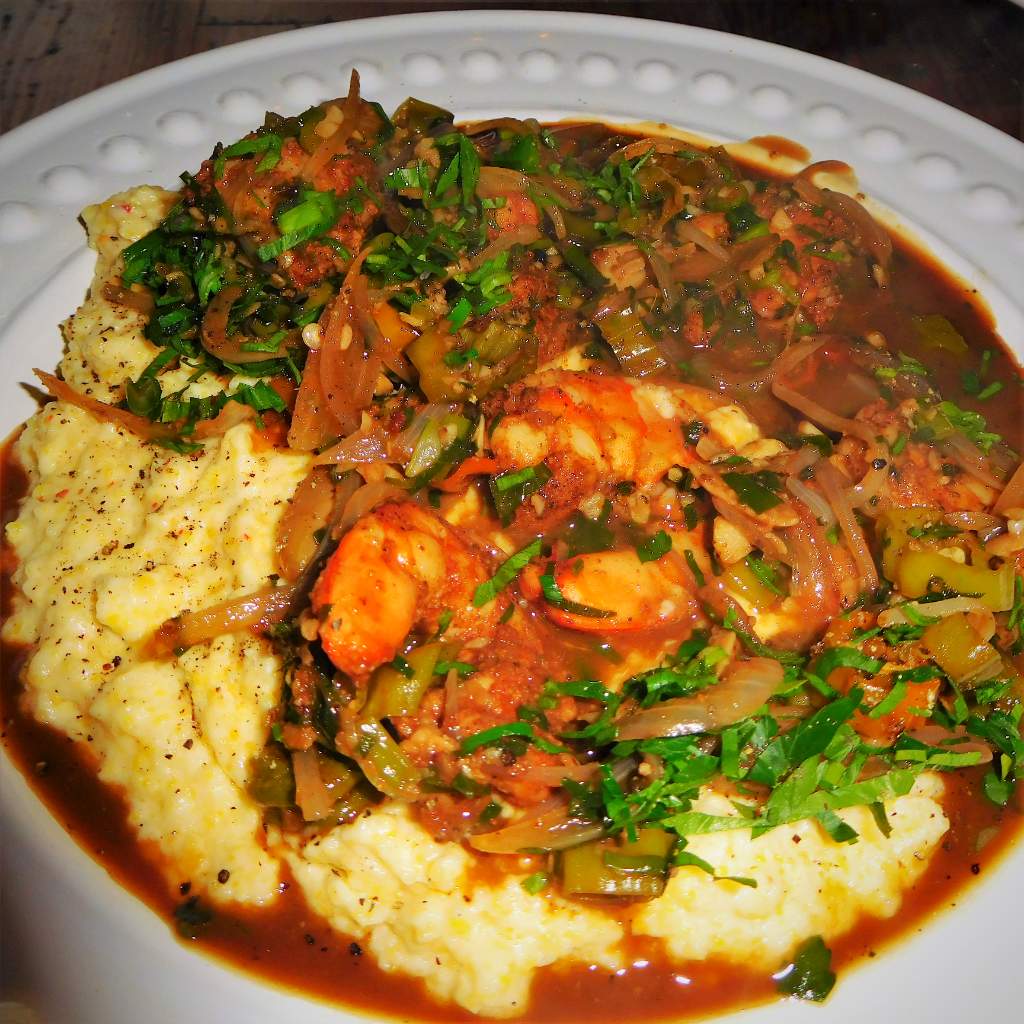 Now that looks good as hell! I think those mashed were probably the highlight of the meal lol

Some shrimp at vals for lunch today. 5 old bay shrimp app. Very little old bay flavor…very mild and the bread was very good. I wouldn’t order again. It was not bad or off-putting at all, just not really my style. I was expecting more zing. 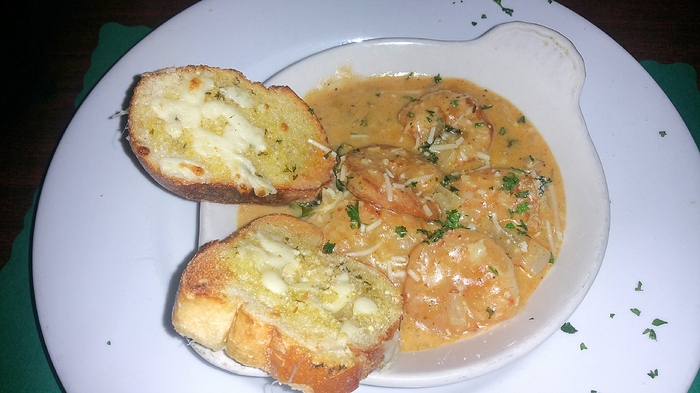 Yes, it’s awesome. It’s not like the normal shrimp & grits preparation that is more bland. This has a nice kick to it.

You’re speaking my language! See previous post as I was writing that just as you beat me to the punch lol 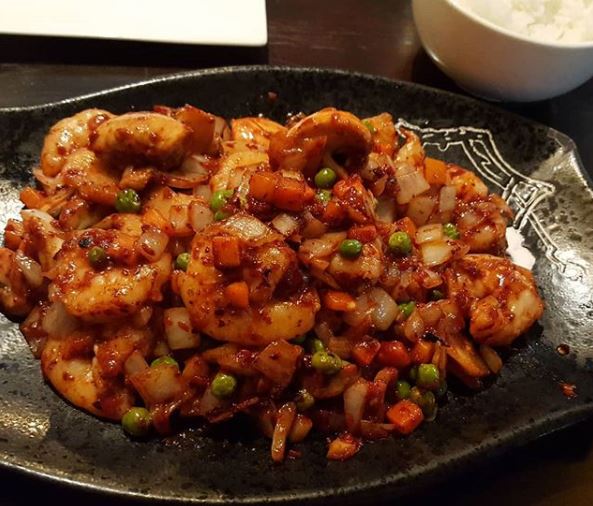 Hot and Spicy Shrimp from UJ’s today (mom and grandma both wanted to go there for Mother’s Day). It looked sinister enough, but really failed to deliver on the heat. Not even mild. Great flavor, but man, I’ve never seen something look so ready to kill me and totally flop.

Apologies in advance, but I was so hungry I didn’t think to take a pic.

I had a bag of colossal shrimp defrosted and just dredged them in seasoned flour and fried them quickly in peanut oil. It was a mess as I was burning my tongue on just out of the oil shrimp, but man was it worth it. Full confession - I did put a dollop of Louisiana Fish Fry remoulade sauce on the last few.

What kind of shrimp were you using?

Lately I have been getting these Patagonian pink shrimp in the 16-20 size at ShopRite or BM. They have a stronger shrimp flavor but I like that.

I’ve been doing them on the grill, and they really work well with a steak for a quick surf n turf.

Weekend before last I marinated them in chili flake, Evo, lime juice and garlic for about a half hour before grilling whole in the shell. They turned out nicely.

Of course I like the gulf shrimp too if I can find them, but that’s been getting more difficult since BP.

I had some tasty stuffed clams today with shrimp and scallops. They could have been broiled a bit but not bad for 14 bucks. I wish I had a little old bay with me. Inlet cafe, highlands. This doesn’t hold a candle to bobs lobster fest but I’m trying lol

Lots of boats heading in and a few offshore guys. Sadly I was not out there. 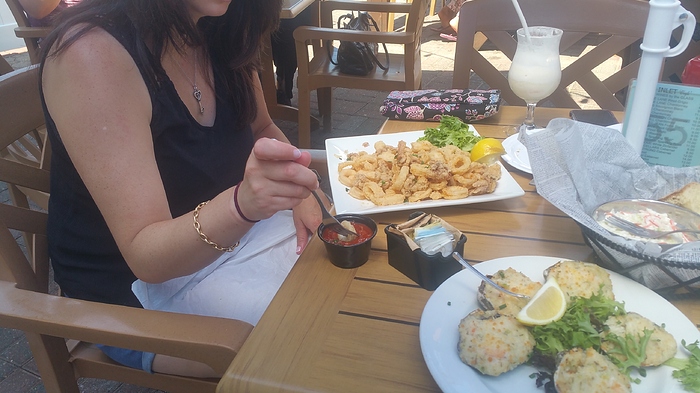 Man, you say Old Bay and while I like it…time and place for everything. I just came off a family reunion week down in MD. We went to a local joint recommended by lifelong residents of the area for a crabcake as that is what my mom wanted. It was a great crabcake, full of meat and almost no filler…except for the preponderance of Old Bay, (or their house mix…but same idea)

Maybe it’s me but i want the sweetness of the crab in a crabcake, and I find Old Bay to be perfectly fine with the steamed whole crabs.

Has anyone tried the ayce shrimp at outback? I saw a commercial the other day and never knew they did this. I haven’t been there in a long time. In fact, my last trip was hilarious and I think well over a year ago. I’m wondering how this is.