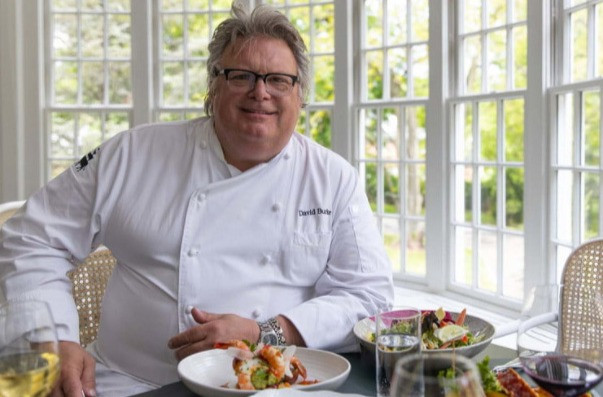 More for me lol

Lol. Too new to speculate.

Could become President one day!!

DB
I interviewed 2 times in his home and 1 night at AK. Came away with these thoughts.
Company all about the numbers.
Service and staff knowledge not important.
Guest experience not important.
Menu items really good or really bad.
Seems like a nice guy.
Glad did not get the job.

I would still eat a burger if CB70 is buying. Count me in.

And the kitchen at Beach Haus brewery in Belmar.
full disclosure: the bacon was awesome as were the sliders we had.

Since this thread has kind of sidetracked into a David Burke thread, I’ll share the following thoughts: I’ve never eaten at any of his restaurants and basically what I know of him and his enterprises I know because of HO. That opinion tends to not be favorable. Whatever. However, I did start following him and a couple of his restaurants on Instagram just to see “what’s up” and I have found his brand to be, well, fun. Now I realize that “fun” is not the word normally associated with his kind of fine dining, but in assessing his social media presence (my forte), that is what comes to mind. His story videos on Instagram are funny, he actually has a personality, and his restaurants put forth a certain image (at least in the sphere of the internet). Again, I’ve never eaten his product but my observation would want me to jump right in and try it. My two cents.

I don’t think that you would be disappointed if you gave the Drifthouse a try.

I have been a vocal critic of his since my couple of experiences at The Rumson House. (or whatever the name was of his previous incarnation of Fromagerie) However regardless of my personal criticism I would never discourage you or anyone from trying his brand. Hell you better believe I’m giving Red Horse a try!

It was my understanding he has sought help with certain substance issues he was previously dealing with, which certainly was plaguing him at the time.

Fresh-baked cinnamon rolls that just happen to be vegan? Find them at Cinnaholic, coming soon to Sea Girt Square in Wall.

William and Erin Troy of Jackson are the franchise owners of the bakery, founded in Berkeley, California, in 2010. Cinnaholic will take over the former Pinot’s Palette space.

This is the second Cinnaholic in New Jersey; the first opened in Westfield in 2019, joining more than 50 others across the country and in Canada.

William Troy, a real estate broker who also owns a Philly Pretzel Factory franchise in Burlington, said he plans to open in June or July.

The bakery sells “cinnamon rolls with multiple frostings and toppings, then we branched into cookie dough, cookies, brownies, banana bread,” said Heather Stennis, Cinnaholic’s director of marketing. “Everything we serve is vegan; the sprinkles, everything.”

The baked goods also are dairy and egg-free.

Customers can choose from specialty cinnamon rolls like the Old Skool, a classic roll with vanilla frosting; the caramel apple pie roll, which has caramel frosting, apples, pecans, pie crumble and caramel sauce; or make their own combination from 20 frosting options and more than two dozen toppings.

Troy said he chose to work with the brand because he appreciates the vegan options.

“A lot of times when you go to places, it’s either you have this or nothing,” he said.

Fans of ABC’s “Shark Tank” may recognize the Cinnaholic brand: Founders Shannon and Florian Radke appeared on the show in 2014 and made a deal with investor Robert Herjavec (see their appearance below). They ultimately parted ways; Herjavec thought the company should focus on shipping the baked goods while the Radkes wanted to open brick and mortar bakeries.

New place coming to Keansburg. One of the partners is the person who opened the biergarten in Asbury Park.

That person is Jennifer Lampert, this is a very good sign!

Yes indeed, I am looking forward to it. They started demo recently. The chef looks good as well.

Oh boy, Jersey Shore BBQ and now Cinnaholic coming to the same shopping plaze. This could be bad!

Are all of the items they offer vegan? I’ve never tried vegan baked goods, but it sounds delicious!

The only vegan bakery I’m familiar with is Cat’s Luck, which is here in AP (but moving to Neptune soon). I think a good baker is a good baker. I’m not a big sweets eater, but my experience has been that if it’s made well with good ingredients, I don’t taste the difference. Note that this isn’t patisserie-style/level–more ‘homey’ baking, but I’m game to try!

Oops, I meant Local Smoke BBQ! My brain was not engaged when I was typing!

Just saw who the chef is (on the Half Moon KB IG account) - she’s Chef Emily Chapman, and the second I saw her, I knew who she was–she was on Chopped multiple times and beat Robert Irvine. This could be a great spot!