For the first time, yesterday, I noticed that there’s a Sauteed Onion version of BTB. Happy Dance! This could be a great addition to my armory of condiments used for tweaking the flavor of canned and jarred foods. I bought a jar but don’t have an occasion to use it right now. I think it would be a wise purchase for anyone making the turkey gravy next month!

We are big fans of this brand too. First noticed it in large jars at Costco at a very good bulk price. We have already added the new onion version to a batch of homemade onion soup and it just enhanced the broth, delicious. I have since added it to a salad dressing blend instead of minced raw onion-so much more flavorful.

There’s a mushroom version too, very good and potent.

I recommend Minor’s… My ranking is cubes, knoor, BTB, then Minors.

There are a few Asian Fish/Seafood cubes, liquid, and powders, I like. I just do not know their names….only colors on the label….sort of kidding, but it seems like some of the ethnic stores sell what they can sell……if their distributor is out of the red wrapper, the store will sell a yellow wrapper brand.

I don’t believe I’ve tried roasted onion but I’ve often used the chicken, the beef, and I believe fish stock on one occasion.

Last night I tried this one last with meatballs, for husband who loves gravy but NOT tomato sauce. I added a little wonder and water. Pretty well received but salty. 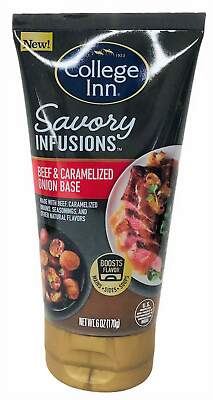 Last night I tried this one last with meatballs, for husband who loves gravy but NOT tomato sauce. I added a little wonder and water. Pretty well received but salty.

…should read “Last night I tried this one with meatballs, for husband who loves “gravy” but NOT tomato sauce. I added a little wondra and water. Pretty well received but salty.”

Your ranking is from least to most recommended?

I thought “wonder” was some cooking alchemy you had up your sleeve.

I DO have that up my sleeve!

Mushroom BTB has beenbaround for at least 10 years.

Yes, I know that. I was responding to @shrinkrap’s original text of “wonder.”

Wondra is a wonder for gravy wanters.

Husband and I discussed why some people like "gravy, which I distinguish from “sauce”. To add flavor to things that need flavor and are dry and hard. Like tricking out a Karman Ghia ( no offense; I’ve done that) instead of just getting an Audi. 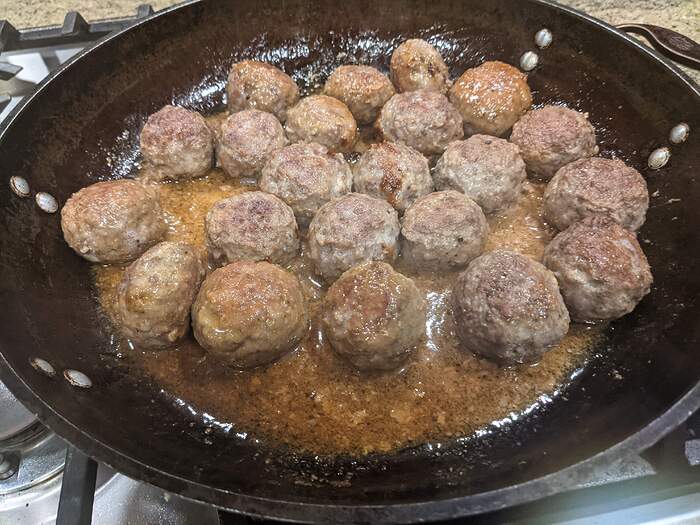 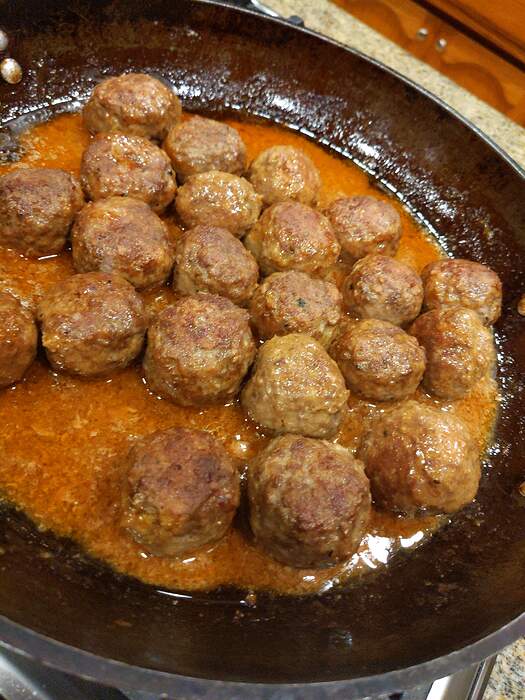 haven’t seen the roasted onion, but i loved the roasted garlic variety. always have a jar of that and the low sodium both in the fridge and in the cupboard.

Like tricking out a Karman Ghia ( no offense; I’ve done that) instead of just getting an Audi.

Let me just profess my undying love for you now and get it over with.

Wondra is a wonder for gravy wanters.

Agree! Wondra is my gravy…wonder.

I also use a very light dusting of Wondra on scallops and thin fish filets, such as flounder, to achieve browning when I am sautéing.

Wondra users will know this but it’s made with wheat flour and malted barley flour, so not gluten-free if someone needs that.

Getting back to topic, I also keep a jar of BTB in the house. Occasional use for me so I haven’t yet branched out into the varieties. So many BTB choices on offer.

I make gravy for some things…but I can assure you that what’s under it is moist and tender on its own.

can assure you that what’s under it is moist and tender on its own.

Of course. And even when I use gravy, I like to have what’s underneath moist and tender as well. The actual conversation with husband went a little differently, but I edited it here several times.

My daughter actually cringes at the word moist.