This is my best new find of the last 12 months. They’ve nailed every dish I’ve tasted (my own and my dining companions’) over a half dozen visits: salads, pastas, fish / seafood, meats. Great service. Warm and lively atmosphere: patrons really like being there and in the moment with each other and the food. Go.

Perhaps a victim of their own success… Great quality and consistently packed. I hear that the owners are worn out and didn’t feel they could turn the operations over to anyone else. 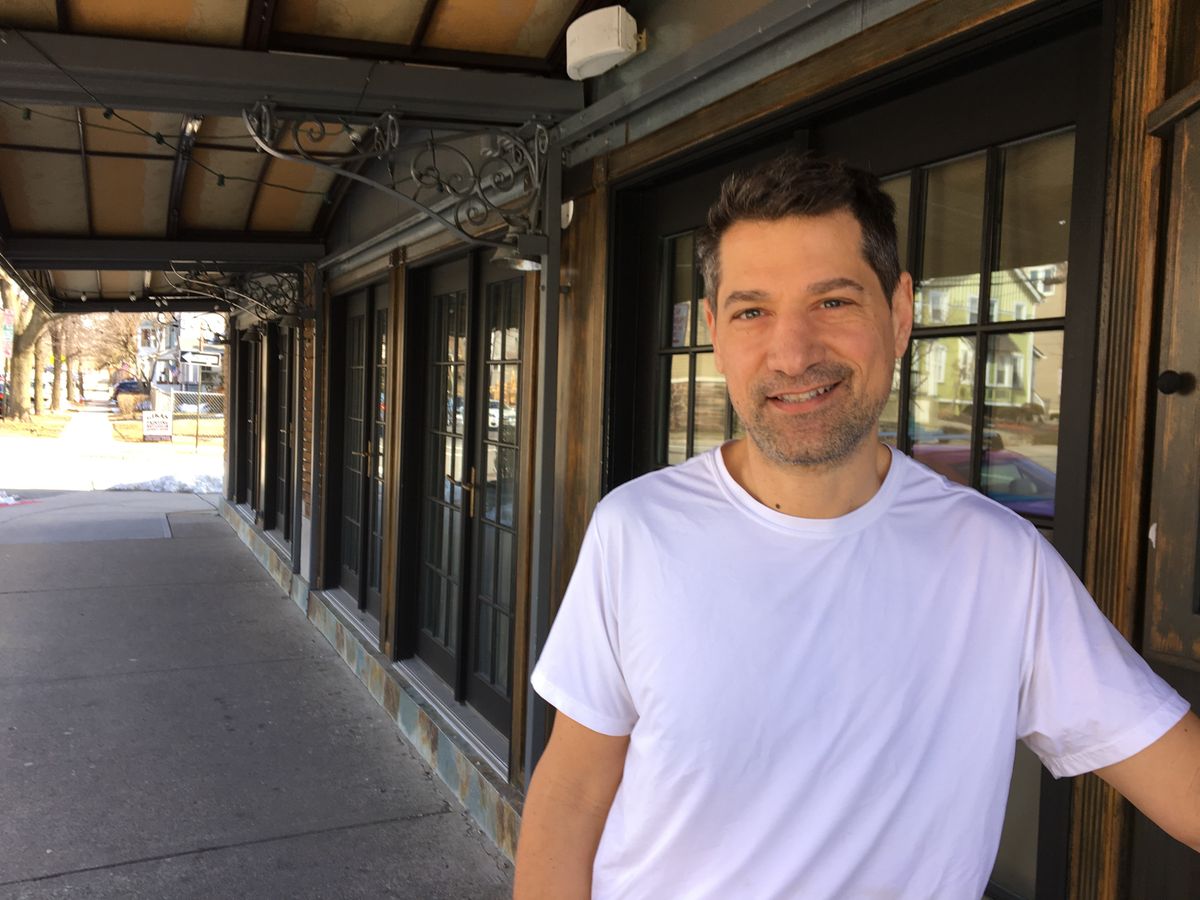 Osteria Giotto was a favorite northern Italian restaurant in foodie Montclair before closing in 2016.

Foodies who love Italian, rejoice! Popular restaurant that closed is coming back.

Back when Robert Pantusa was still slaving over a hot stove at [Osteria Giotto] — and dealing with the kitchen, staff, suppliers, inspectors, clients, and everything else that went into running one of Montclair’s most popular Italian restaurants — he told an interviewer that he didn’t have to check the night’s receipts to know how many dinners had been served.

“I just know how tired I am at the end of the night,” [Pantusa said in late 2015], which turned out to be less than a year before he and his business partner, friend and fellow chef, Luca Valerin, closed the Midland Avenue restaurant in July 2016.

Pantusa and Valerin were often tired over the dozen years of pleasing large and demanding dinner crowds at Osteria Giotto. So, when they were looking for another venture together, they opened the more modest [Café Giotto] a year later on nearby Church Street, which remains open to this day for breakfast, lunch and dinner.

But as tired as Pantusa often was after a night at the old Osteria Giotto, he’s now getting ready to reopen it, and in the very same space on Midland, a block off Bloomfield Avenue, with a menu that he says will also be “pretty much the same.”

The two big differences, however, are that it won’t be called Osteria Giotto, and it won’t include Valerin. (He hasn’t chosen a name yet).

“I’m coming back by myself, so Luca‘s not taking part in this,” said Pantusa, who may or may not stay involved with Café Giotto, where he’s been running the dinner shift while Valerin handles breakfast and lunch.

Osteria Giotto, named for a Proto-Renaissance painter, opened in 2003, and soon became a local favorite in foodie Montclair for its simple but flawless northern Italian cuisine.

“It’s Italian comfort food done well, even, at times, sublime,” food critic Teresa Politano wrote in a 2010 review for Inside New Jersey. “Plus, the casual atmosphere and we-remember-you service make this a go-to restaurant.”

Politano swooned over the carpaccio, with its mushrooms, chives and shaved Parmesan, the ravioli, and veal scaloppine that was “better than you’ve had elsewhere." Revisiting Osteria Giotto in 2015 — she just couldn’t stay away — Politano sang of “the [soft, gentle layers of pasta that are the lasagna Bolognese.”

Pantusa, a first-generation Italian American raised in Cedar Grove, and Valerin, a native of Italy, met while both worked in the kitchen of the famed San Domenico in Imola, another city in northern Italy, after Pantusa had attended culinary school in Rhode Island. Pantusa returned to the Garden State, followed by Valerin, and the two opened their first restaurant together in Little Falls in the late 1990s, before Osteria Giotto in 2003.

Pantusa’s wife, Caroline Clarke, and Valerin’s, Debora Galassi, have both been involved in the larger and smaller Giottos. The two couples live in Montclair with their school-age children. Both women were at the café with Valerin on a recent morning, and there was a family atmosphere among the three of them, while Pantusa was a few blocks away working on the new — or is it old? — restaurant’s interior.

So, there was a subtle bittersweetness when the subject of two chefs’ potential parting came up, with Valerin content to carry on in the café’s close quarters and Pantusa hungry for more volume.

“I’m poorer but happier,” Valerin said, framed by a glass case full of fresh pastries he had baked hours earlier, with the rich aroma of a double espresso hanging in the air.

Clarke said the café has been “great.”

But she and others said former patrons of the Osteria — an Italian word for a restaurant focused on the food of the region — often inquired whether it was ever coming back.

And that has been encouraging to Pantusa, just like the social media posts and word of mouth going around that the old Giotto’s will be back.

“I didn’t expect this kind of response. I mean, I’m really happy, excited. It was a nice response, a nice surprise,” said Pantusa. The owner added he’s reluctant to stage a big reopening celebration despite Osteria Giotto’s popularity, or precisely because of it, lest anyone not on the guest list feel snubbed.

“There’s so many people, and if you don’t invite everyone, it can be very difficult,” Pantusa said. “If I were to do a grand opening, I would have to do it over a week period.”

OMG. This was a fantastic restaurant…great news for NNJ!

We did takeout from La Rocca Osteria which is a rebirth of Osteria Giotto.
Below is a link to the details and pictures.