Milpitas Square might be the easiest place to fill out a bingo card of Chinese sub-cuisines. What are your thoughts on the quality of the food? Between Milpitas Square and the adjacent shopping center housing Koi Palace you can find:

There are also several cafes/bubble tea places, Maru Ichi for ramen (noodles made in-house), Anjappar Chettinad for Chettinad-style Indian, and of course Ranch 99 for groceries. Note that “chain” for the purpose of this thread means there exist one or more restaurants, locally or internationally.

One thing that strikes me is how many chains there are in the mall. Perhaps the higher rent necessitated the financial backing of larger enterprises, even if they are local chains.

I will comment on a couple that we visited from the Chowdown crawl yesterday.

Bamboo ap: I grew up eating canned ‘bamboo shoots in oil’ so I am familiar with the sweet/ savory combo taste. Their version is quite agreeable and I think I devoured half the dish leaving little to my chow partners. (sorry!) its also cheap for an ap. $4

They pointed out to us that we should order from the dumpling section (vs other stuff on the menu) so we got:

The regular XLB:
Its a decent tang bao version. Thin skin with soup.

The loofah and shrimp dumpling:
I don’t get the loofah and dumpling taste combination. The loofah was also a little bit undercooked (intentional?) so the slightly crunchy texture was a bit odd to me.

Liang’s:
Quite honestly I didn’t pay very close attention to the food at Liang’s as we started talking about recent developments of Chowhound. Multitasking between eating and discussing was not my strong point.

What I seemed to enjoy though they are not great:

What I didn’t particularly remember:

I drank loads of water for about 8 hours after the meal. Place was fairly empty. This was the first time I visited Liang Ma Ma since the mama (Liang, Chen, etc.) craze started 5? years ago. Given the fairly empty place the popularity seemed to have waned. To me we didn’t come across a ‘I must return for this’ dish during the meal, and if the water drinking is directly attributable to Liang’s, then this combination may be part of the reason. 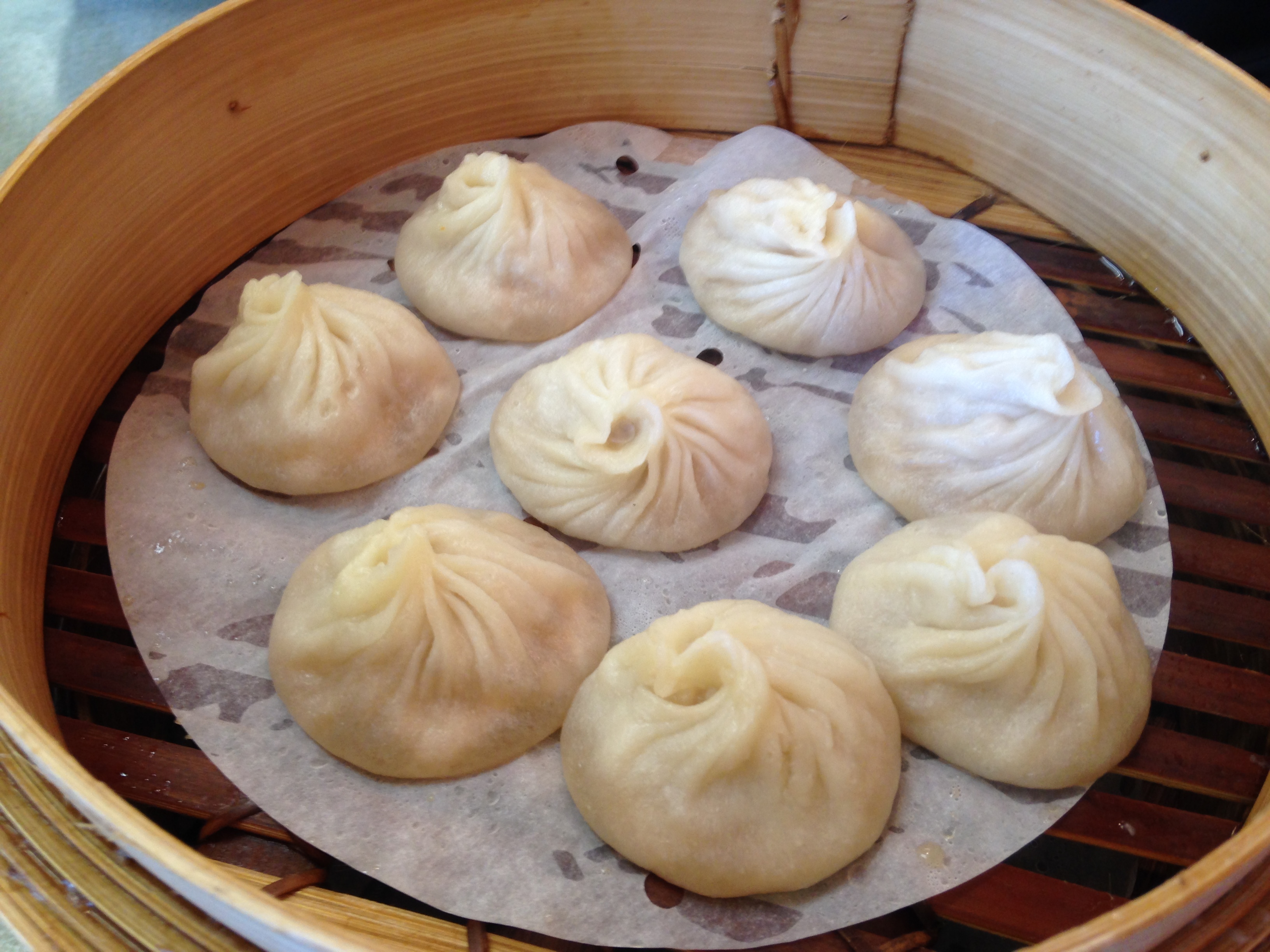 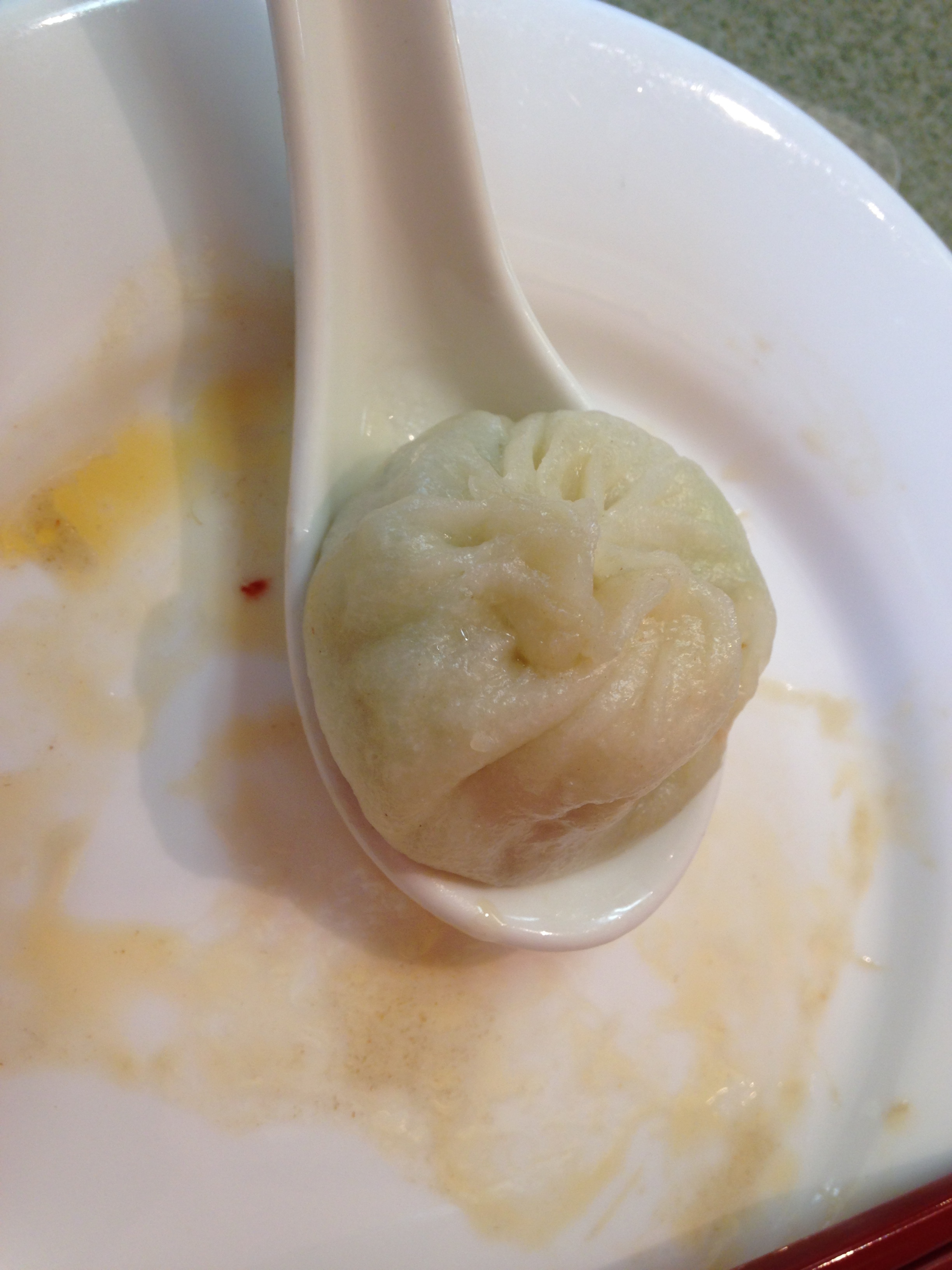 My Dumplings
I was very happy with the pork xiao long bao on a previous visit, and they were good this time as well. The crafting of the skin was sloppy, but I liked the briny flavors of the loofah and shrimp. The substitution of crunch for firm-protein ball worked for me— I would guess that a shrimp XLB would not have enough gelatin and fat to form a solidified meatball. See also non-standard versions of XLB.

Ha, sck, I thought I was hoarding the bamboo shoots! It was a pleasant counterpart to the starchy dumplings. These were better than ones I’ve had at Liang’s, which were not as crunchy and tasted like they’d been in the fridge too long.

There are a few Taiwanese items on the menu, and there are some other hints that it might be Taiwanese owned. 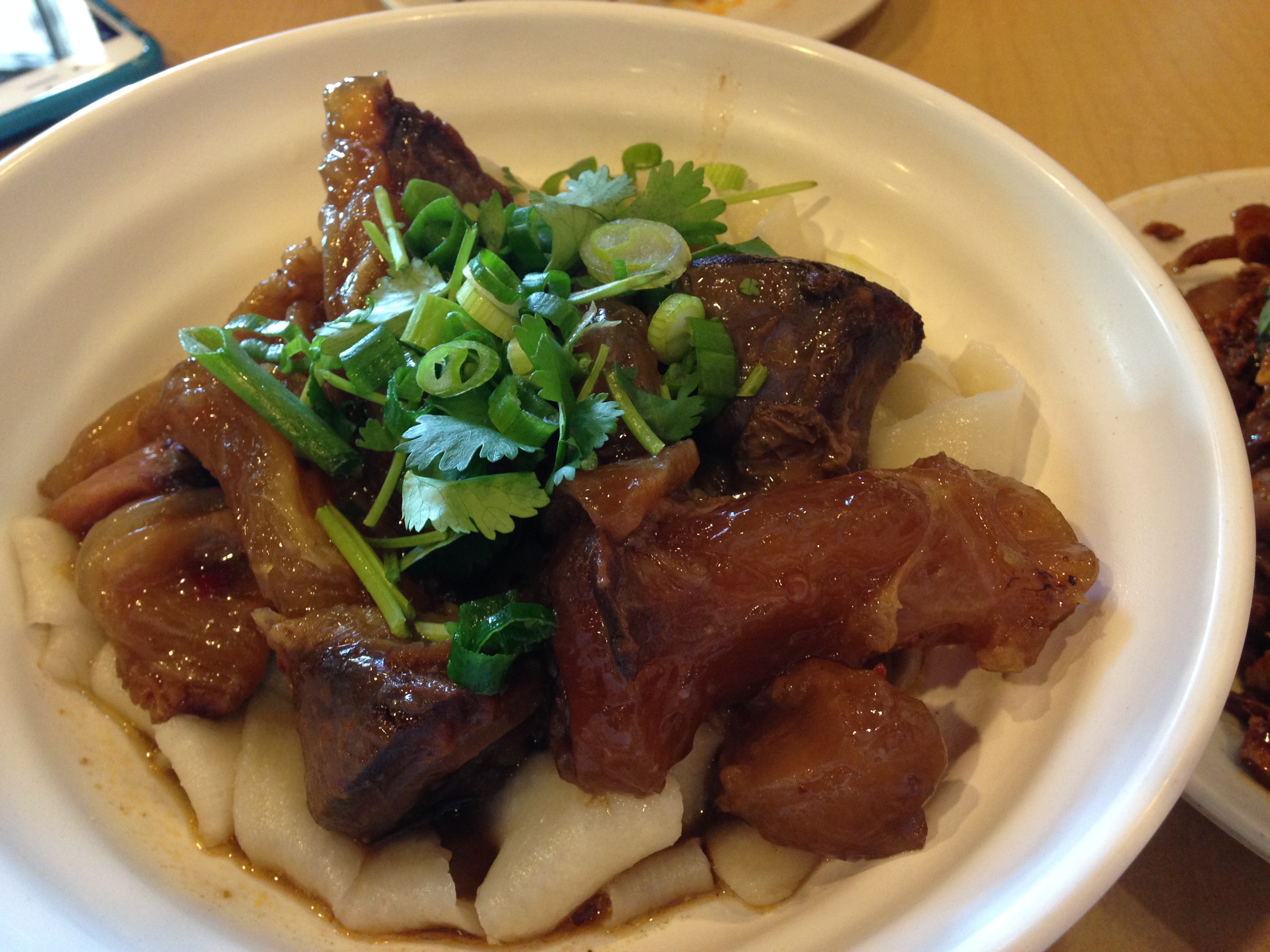 Beef tendon, dry style with wide noodles: The noodles had more bite, and less stretchiness than some other wide noodles, and that gave them character (see noodle discussion). A rich soy-based sauce clung to the rough surface of the noodles. Huge chunks of soft tendon. 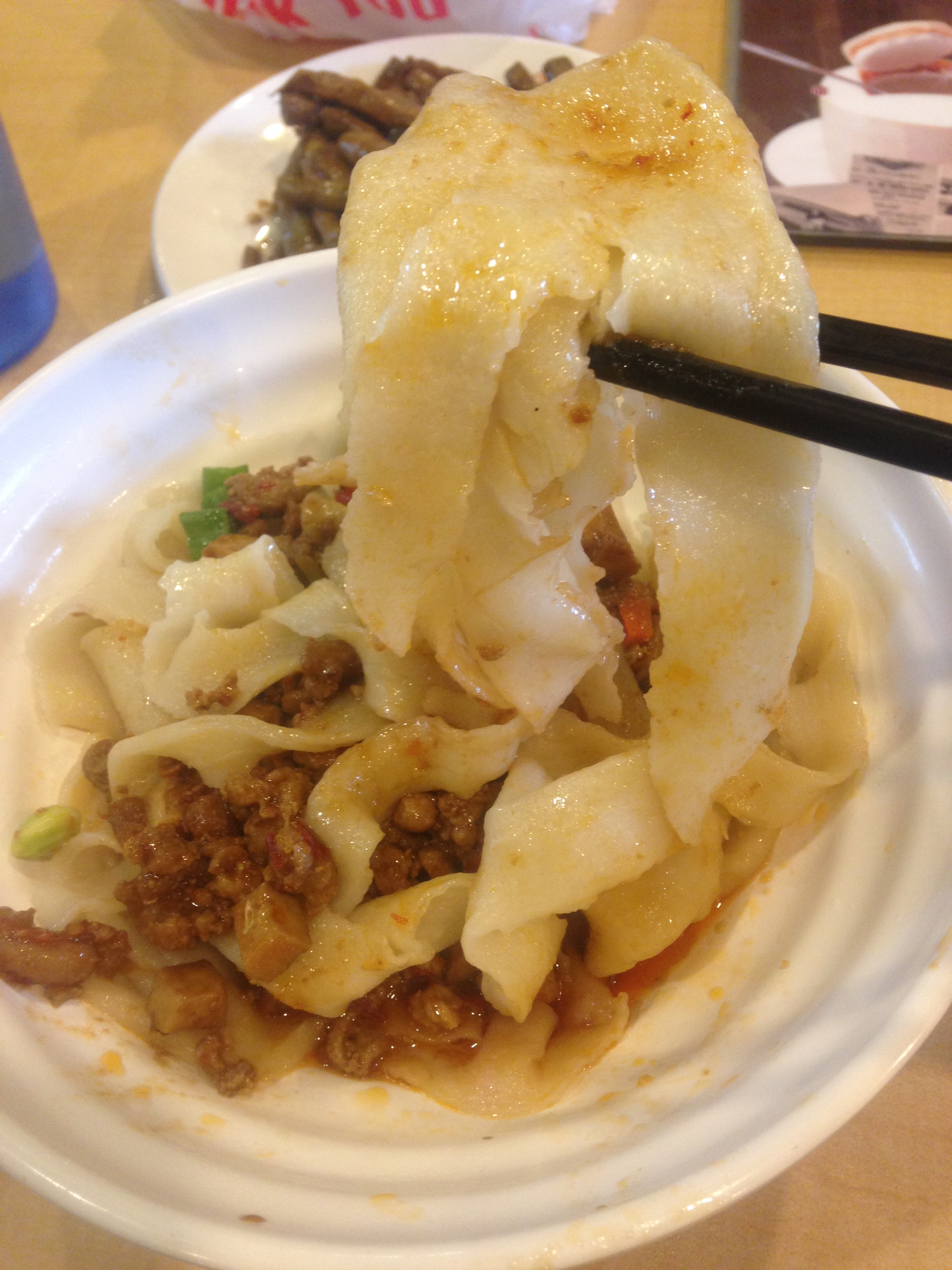 I’ve had the extra-wide noodles at Liang’s on a previous occasion, and found the lack of uniformity to be an issue. Some pieces had raw dough bits in the center. “Extra-wide” poses problems-- to make them, they stretch a long, 4-inch wide noodle, and a few inches below the end, they cut 4 separate long 1-inch wide strands. But they keep the 4 strands connected at the top, leaving a big hunk of undercooked noodle at the head. Still, I dug the floury aroma and the spicy black bean sauce, whose “eight treasures” included pressed tofu, green onion, edamame, carrot, zha cai pickles. 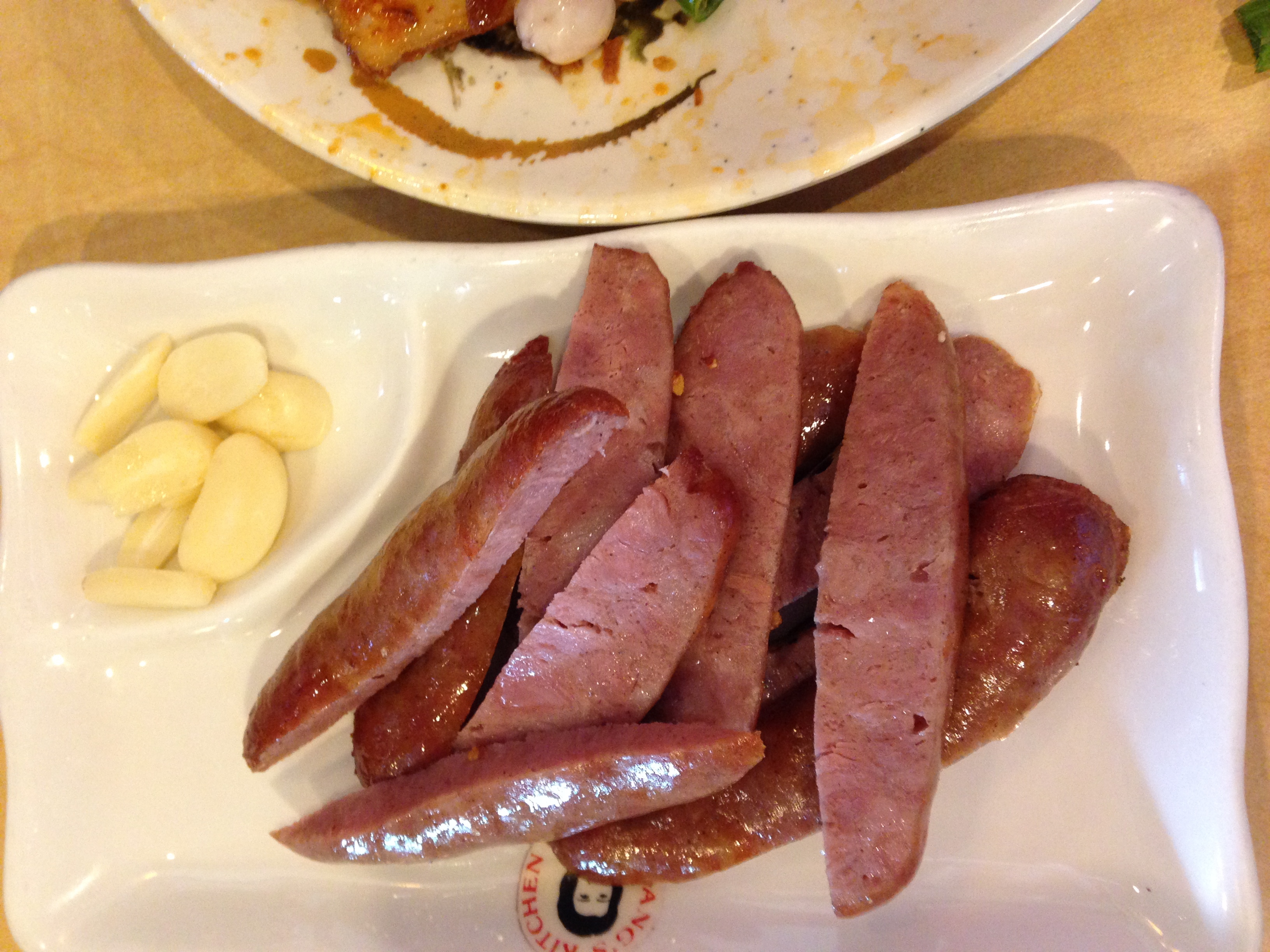 Taiwanese sausage are sweet and weren’t as juicy, and lacked the crisp, snapping skin of the ones at Cafe Taiwan. 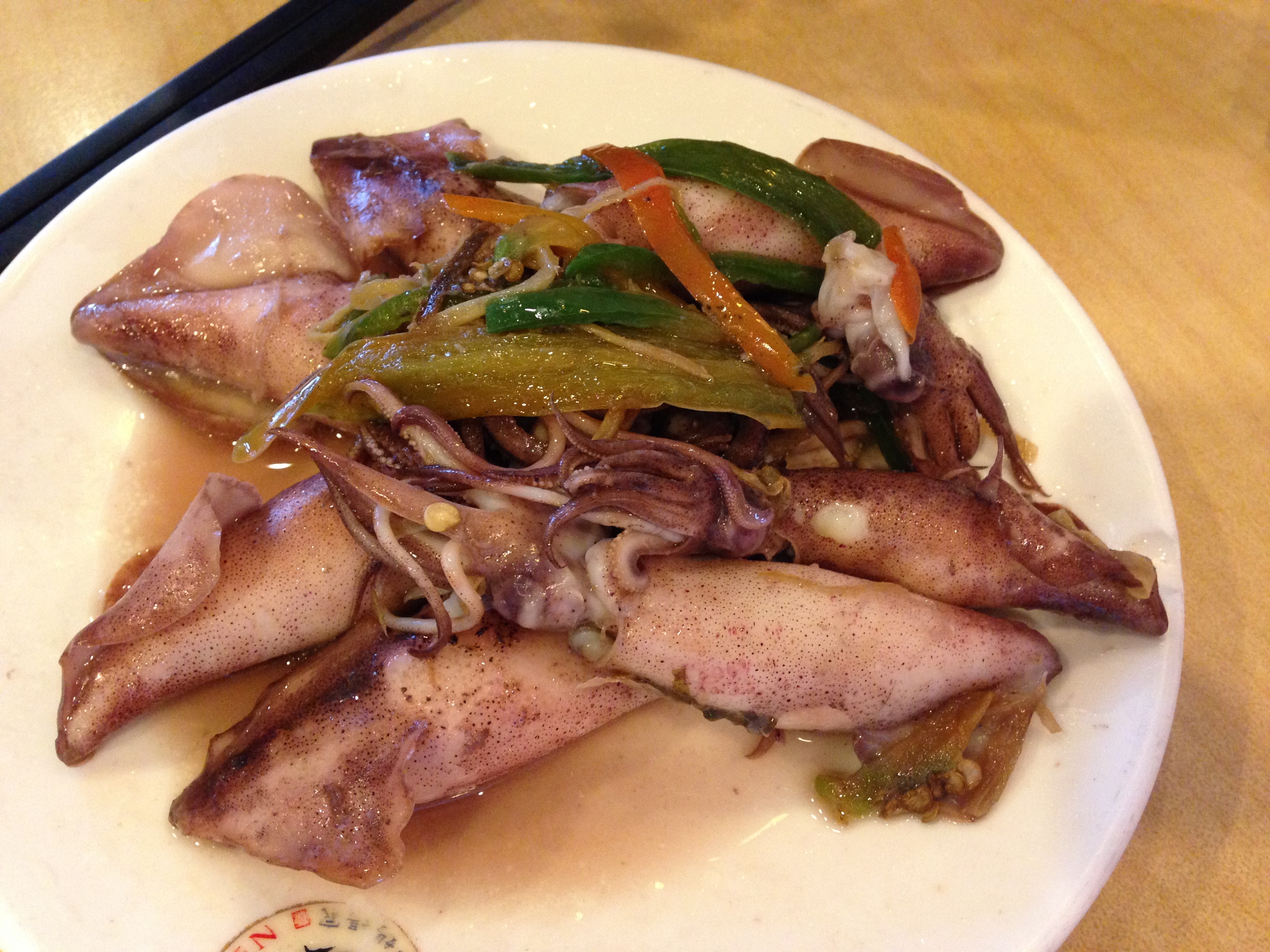 Nutrition House
Is this place related to Nutrition Restaurant?

They have a few pre-prepared cold items, breads, and braided fried dough. 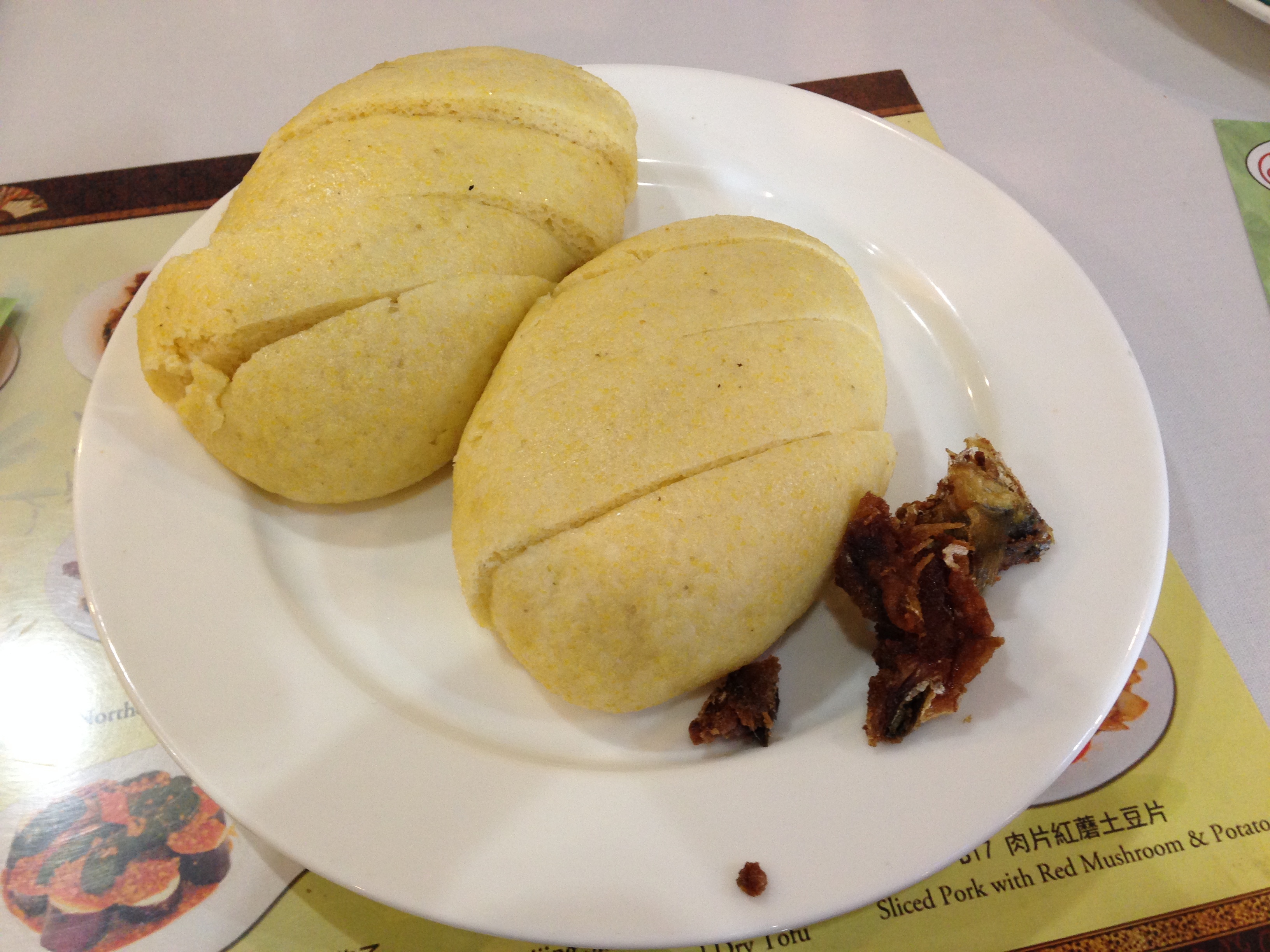 I opted for the steamed corn cakes, which are steamed rolls made with cornmeal and probably wheat, and served with salted fish. Er, not my thing but I imagine, with some soy milk, might be comfort food for others.

I did a short crawl of Milpitas Square and nextdoor Ulferts Square this weekend: 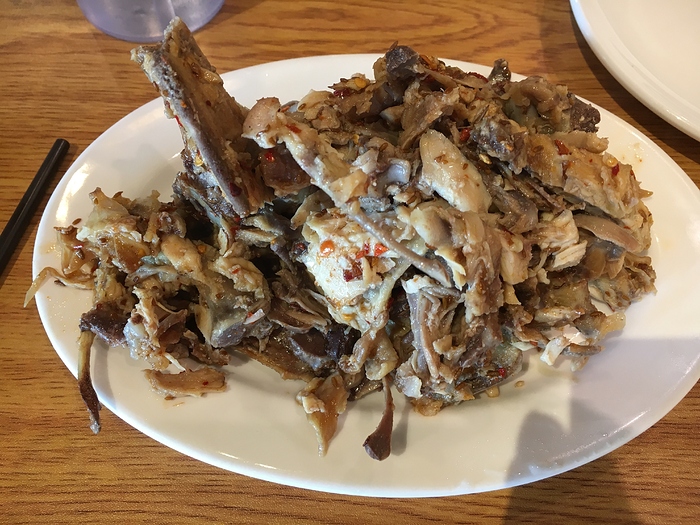 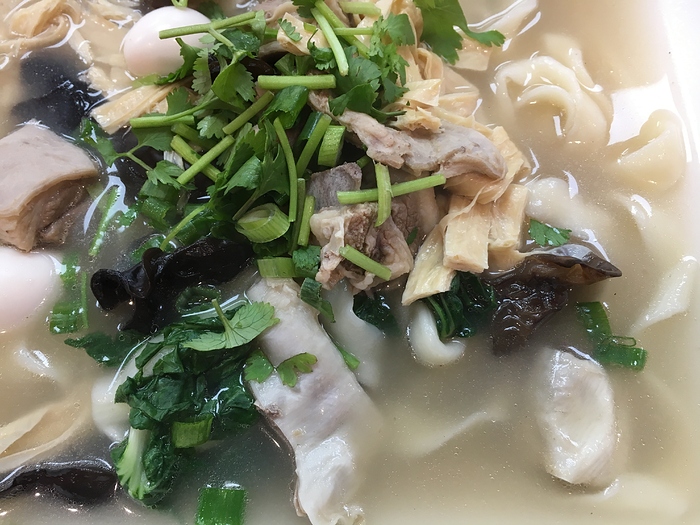 QQ Noodle has spinach hand pulled noodles! Anyone try those?

This looks like one of their doubled boiled soup noodles? Or is it a special?

I didn’t realize QQ noodle did double boiled soup noodles! Someone on yelp posted a picture of the menu page I saw, which says you can have it as a cold noodle with sesame, hot oil, or garlic sauce.

I did a driveby of Milpitas Square a couple of weeks ago.

Has anyone tried The Bento Box, especially the stewed items and the Taiwanese Beef Noodle Soup? 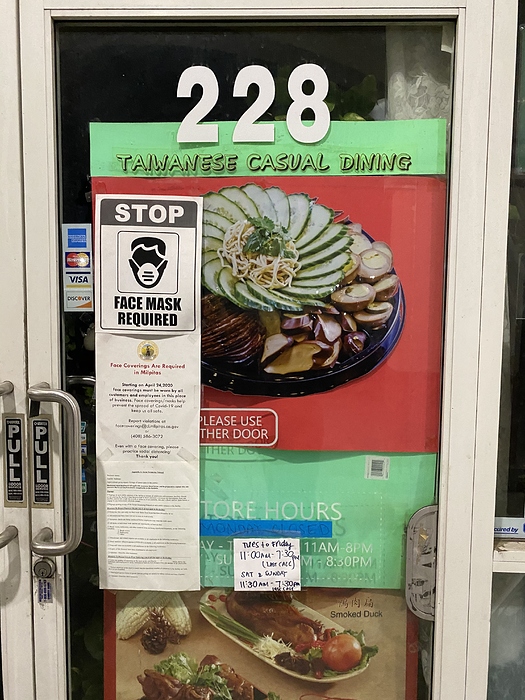 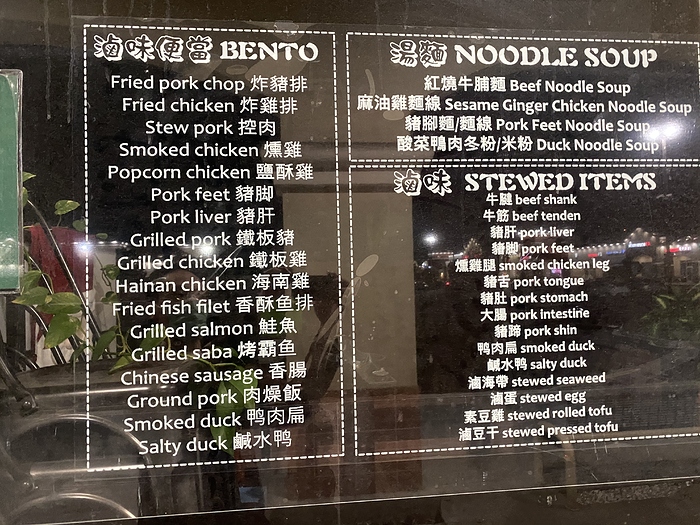 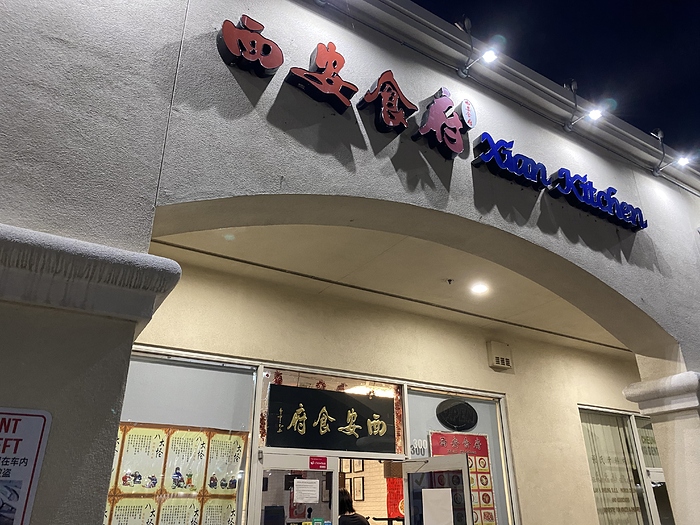 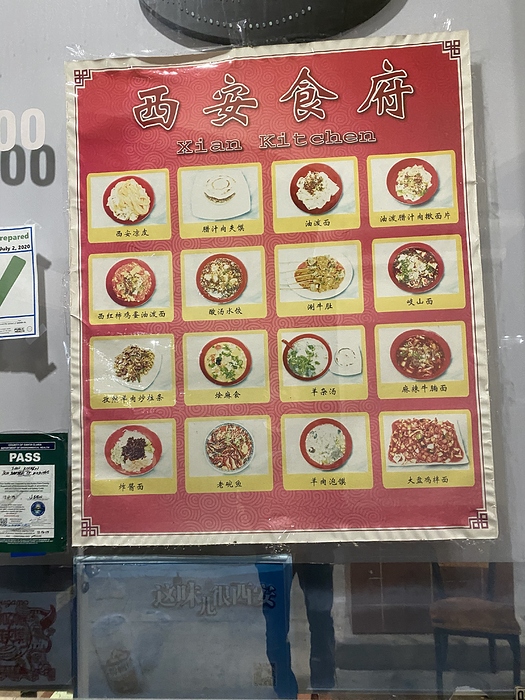 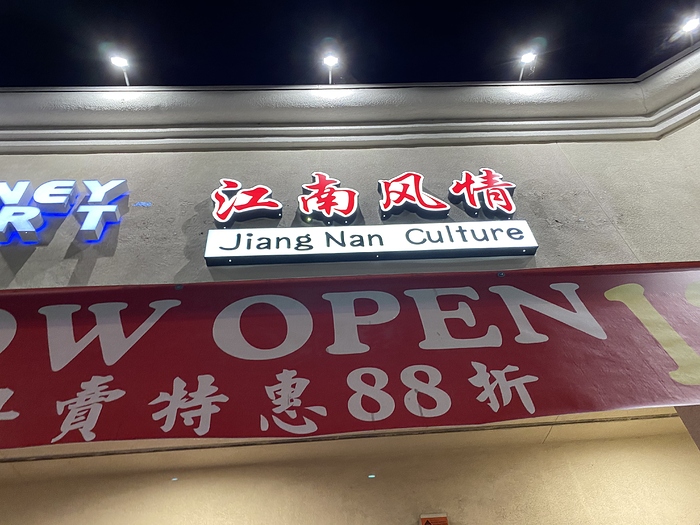 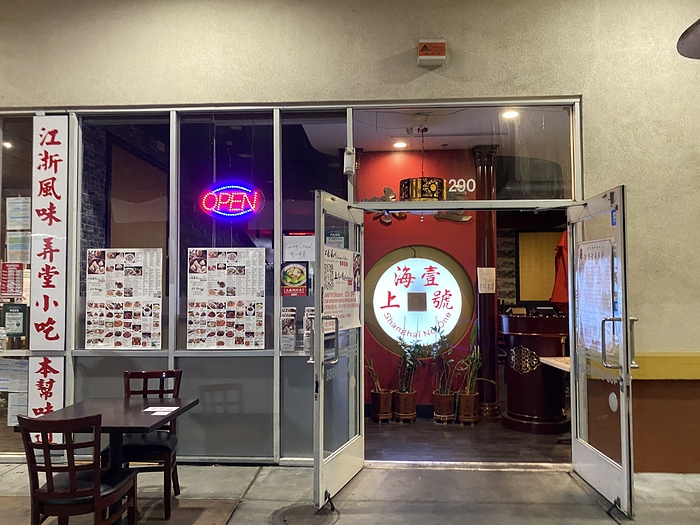 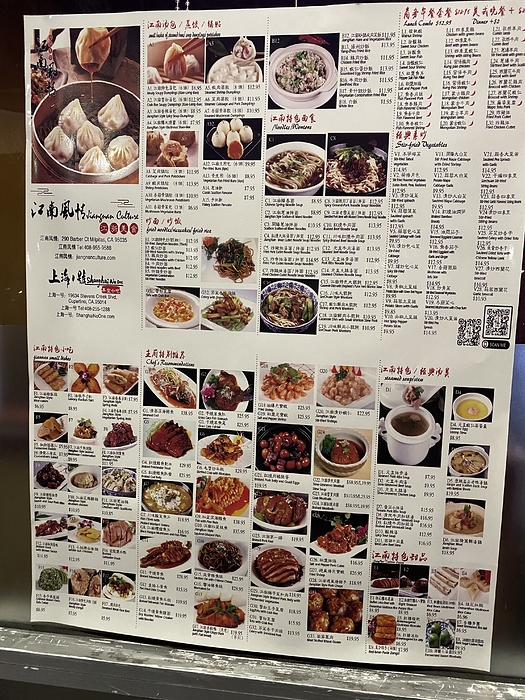 I don’t think Yummy Yummy Bao is in soft opening any more but the banner’s still there. 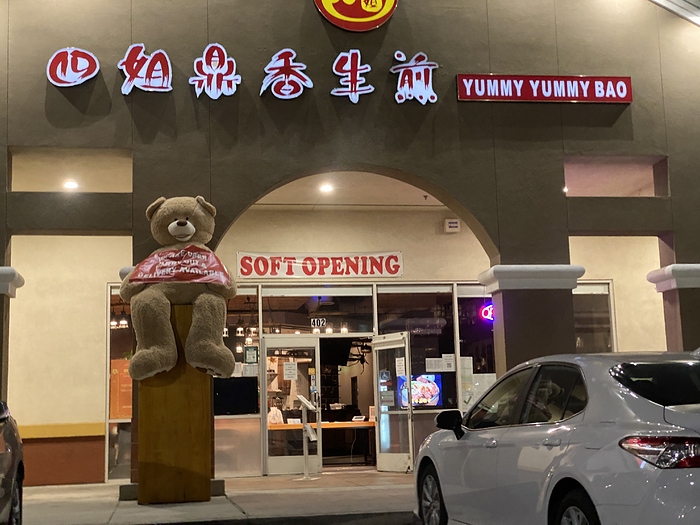 image4032×3024 2.39 MB
Looks like LiLian Gui XunRou DaBing has de-affiliated themselves with the chain, but still is serving Northeastern food. 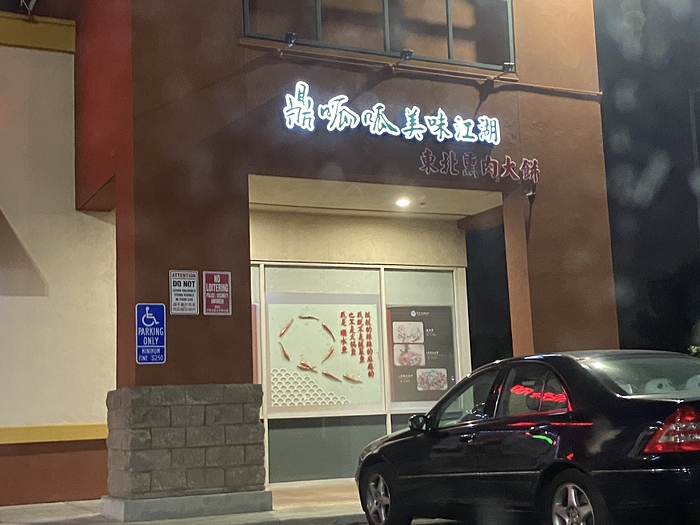 Has anyone tried Vua Kho Bo and their dried meat? 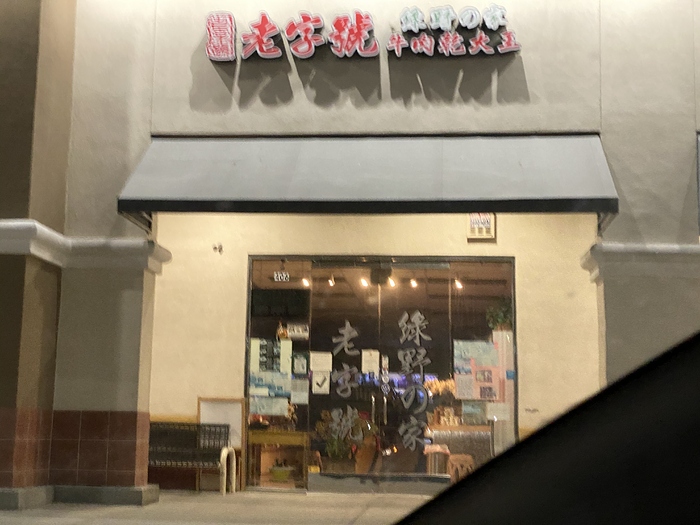 Has anyone used HungryPanda the delivery app? I am old school and have been picking up my takeout orders these days. 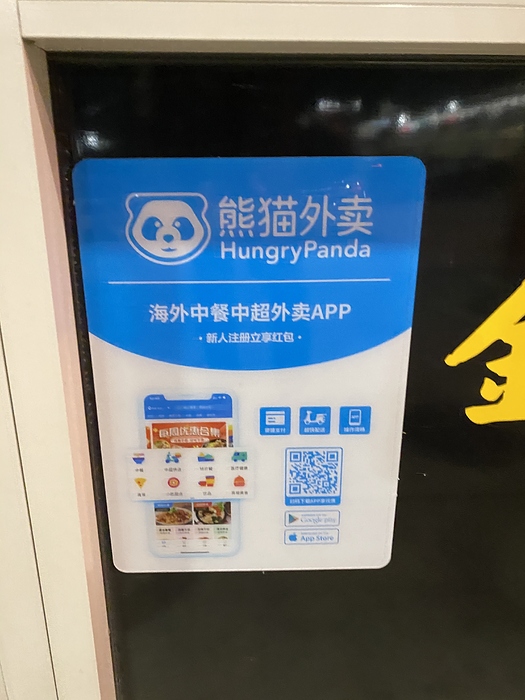