Does anyone know if El Rinconcito (Matawan) is doing their full menu for pick-up? We are hoping to get a molcajete for Cinco de Mayo.

I popped in the other day to get some al pastor tacos, they were great, and the sopes were even better.

I think North of the border has the better food but the salsa at IMG is just out of this world… and 4 varieties!

I am embarrassed to say I have not made yet made it to IMG. I need to make more of an effort to get in there.

You’re killing us. Get there

Ps early Saturday morning go to juanitos. 1.25 tamales and a few kinds. They usually sell out by 9 or so.

Lino’s is now Tino’s. I have no details…just noticed the name change upon driving by.

Actually, it changed at least a couple of years ago.

Good on ya! I searched to verify whether anyone had mentioned the change. All I see is that the owner of the previous Lino’s is Tino.

Whatever it’s called, it’s good, although the increase in prices a while back made us switch from the Parilla to the Trio (still plenty for the two of us). I hadn’t noticed that they had cactus available separately–I love it!

However, we get to Red Bank only when we go to the dentist, and he’s been closed for months now (he may have retired for all we know), so we haven’t gotten there in ages.

Got takeout from El Norte de La Frontera in Red Bank yesterday. 6 chicken tacos, 3 tinga tacos, an al Pastor quesadilla, and an order of Camarones a Diablo. Nobody would wait for me to take a picture because we were all hungry.

Someone posted about this spot on our local NextDoor page, so I figured I’d share; I haven’t been, but the two who have thought it was good. 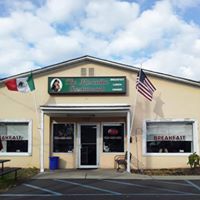 Far from authentic, but a few coworkers and I ordered today from Tre Colore in Middletown. One of those places offering Italian, Mexican, and BBQ. Three of us had burrito bowls (though taco bowl would have been more apt) and one regular burrito. Enjoyed by all with minimal complaint.

Shell was light, fluffy, and crispy. Held up well in a takeout container. Just had veggies in mine. Flavorful sauce with just a touch of heat. Plenty of cheese. I’d order again. Full review coming in a day or two. 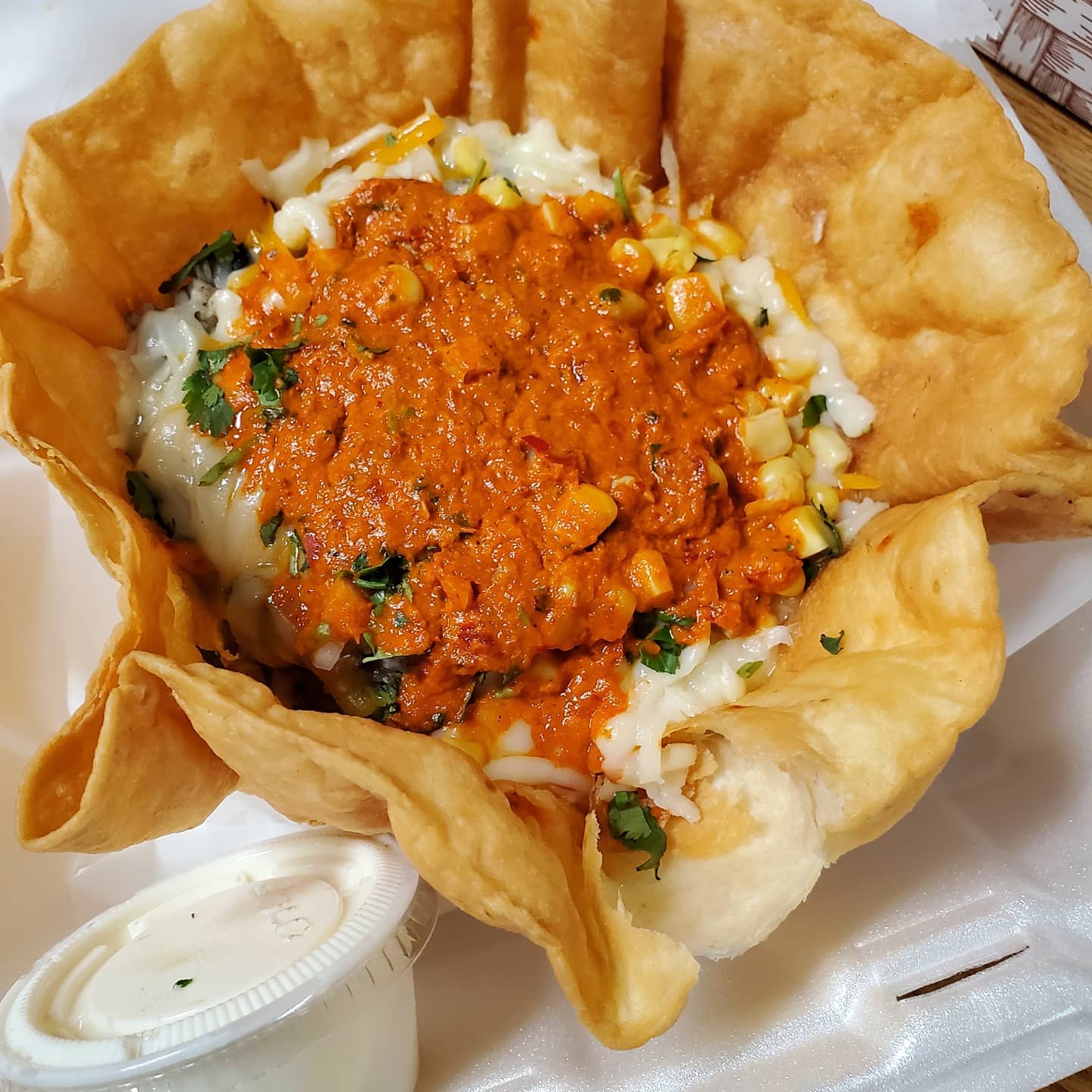 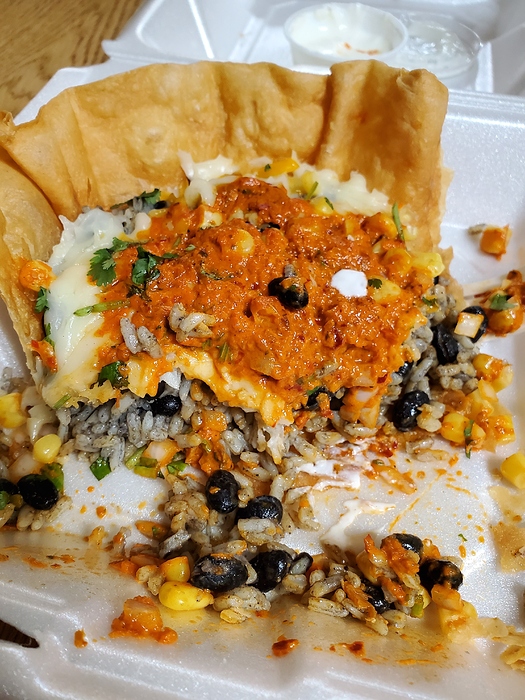 Nice Greg. @corvette_johnny had recommended this spot in the past.
Nice to hear another person giving them kudos too. Def unique breadth of offerings.

Full review of Tre Colore below:

I tend to avoid places that offer a triad such as pizza, Mexican food, and barbecue all under one roof. I usually think to myself, “How can one restaurant prepare such diverse foods equally well?” Another question, “Why?”, also comes to mind. And while the food I ordered at Tre Colore in Middletown the other day only covered one of those categories, it was good enough to get me to come back for more, and to see what else they have to offer. 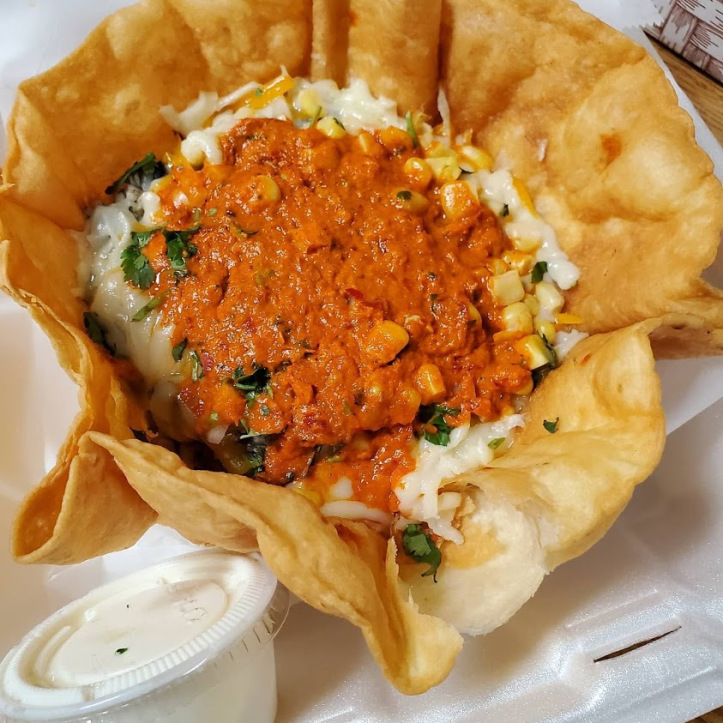 My coworkers and I decided to try something new after growing tired of the same places we normally order from while at work in Atlantic Highlands. It was lunchtime, and someone had suggested Tre Colore, hoping they would be able to deliver to us. They did. Not in the mood for pizza and not having the time to look over their extensive menu, when another coworker said they had burrito bowls, I was sold. There would be seven of us in total, making this one of my most expansive reviews ever— usually it is just two people involved, or three at the most. All in all, there would be four burrito bowls, one actual burrito, an Eggplant Parmesan entree, and an order of chicken fingers with fries. 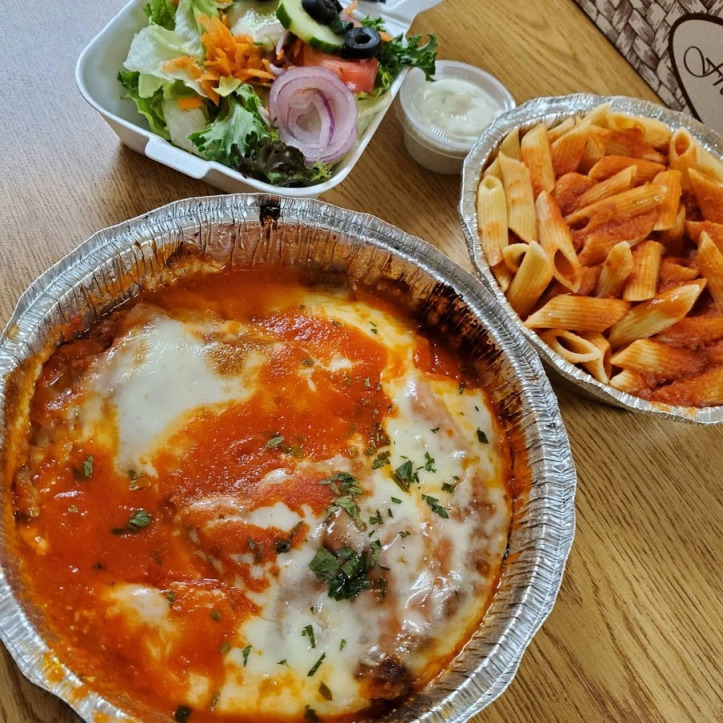 Everyone I was with was happy to give feedback on their food, and even let me snap some pictures in order to make a complete review possible. They also gave me permission to use their names in the review: Dayna had a burrito bowl with chicken and loved it, just wishing there was more cheese; Melissa had a burrito bowl with shrimp, and while she thought the flavor was good, they were overcooked; Nanette ordered also ordered a chicken burrito bowl and thought the shell itself tasted like old oil, but the contents inside were delicious; Nidia had a carne asada burrito, which she thought was great and noted how large the portion was; Janice gave her Eggplant Parmesan a thumbs up and said the sauce was very flavorful; Ariel had chicken fingers and fries—she liked the fries but thought the chicken itself was flavorless and overly processed, like the kind you would get at a fast food place (after seeing the picture below, you may agree). While no one is expecting a pizzeria or a Mexican restaurant to make their own chicken fingers from scratch, a higher quality should still be anticipated. 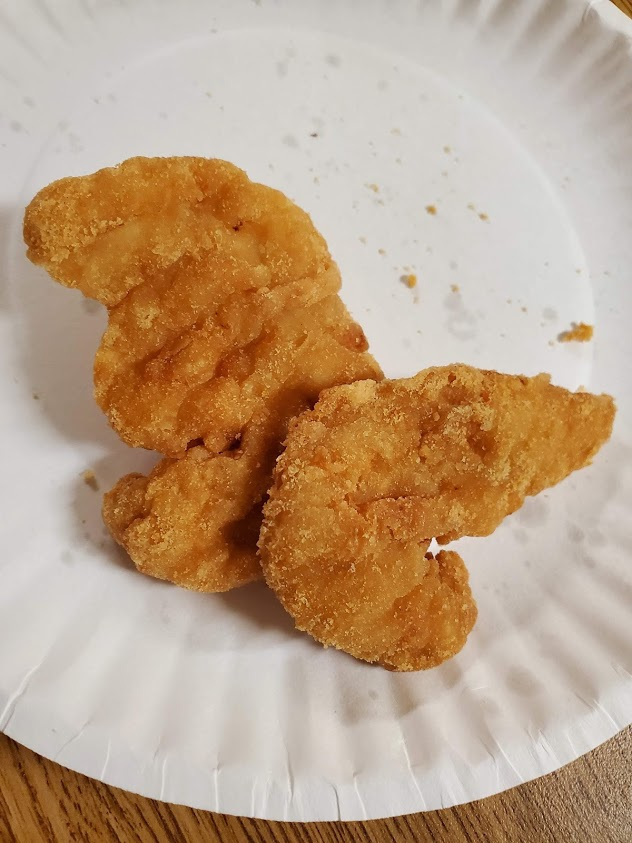 As for me, I went with the vegetarian burrito bowl, which consisted of rice, black beans, cheese, and corn. All bowls were topped with a mildly spicy red sauce and cilantro, and served with a container of sour cream. I did not have any complaints about my food. There were plenty of all contents, the salsa had a slight spice and really brought everything together, and unlike Nanette’s bowl, mine appeared to be fresh—it was light, fluffy, and crispy at the same time. I finished the entire portion and was absolutely stuffed as a result. There was some good flavor happening here. 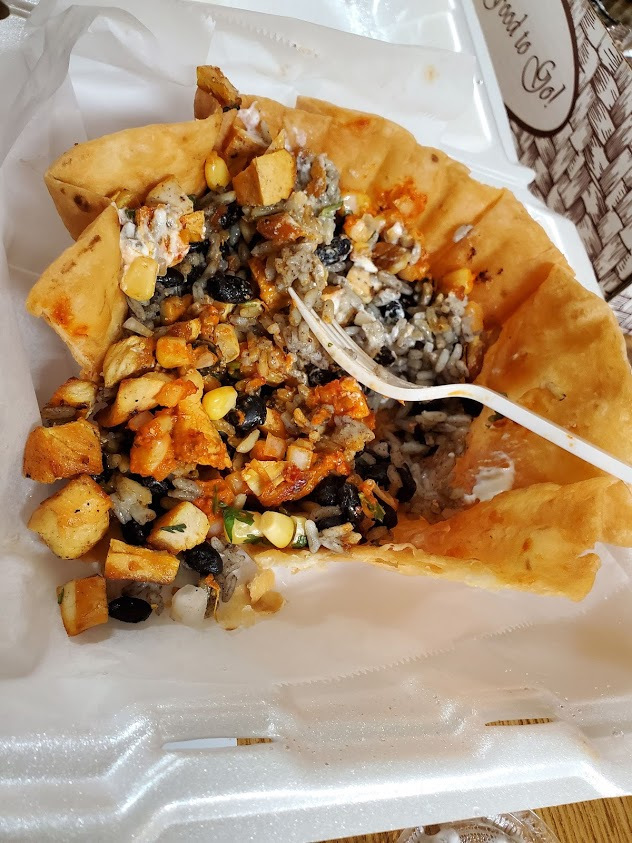 Inside the chicken burrito bowl

If I was giving them a score based entirely on my own meal, I would probably go with a 4. However, since this was all-encompassing, I am going to give Tre Colore a still very solid 3.5 out of 5 stars , which is up there for both a pizzeria-style restaurant and a first-time visit. The Mexican food was a nice change of pace for takeout, and since I am still in an eternal hunt for standout pizza near where I live, they have earned a second visit from me where I would like to try more. Their score may climb even higher.

Has anyone done take-out from Tino’s recently? (I’m thinking of picking up a Parilla Mexicana when I go to Red Bank for some tests.)

I did take out a couple of weeks ago. I ordered over the phone and went inside to pick up. I was the only customer inside. Not sure if they are doing curbside.

Looks like Tavolo Pronto in Fair Haven is finally moving forward with their Mexican expansion across the street. Signage up recently “Dos Banditos”…can’t wait !!!

This from the owners:

I went to Tino’s last week. They have tables set up outside, but I got take-out (picked up inside). The Parilla Mexicana is now $26, up $1 from even the latest menu. Still, we got two meals for the two of us, plus tortillas for Tortilla Pie, so that’s not bad. There was no guacamole in it (possibly an oversight). My father would have liked the beans, which had a lot of “caldito” (liquid/sauce).

They are actually open now. Saw ppl there over the weekend. They don’t have much up on social media don’t see a menu anywhere. 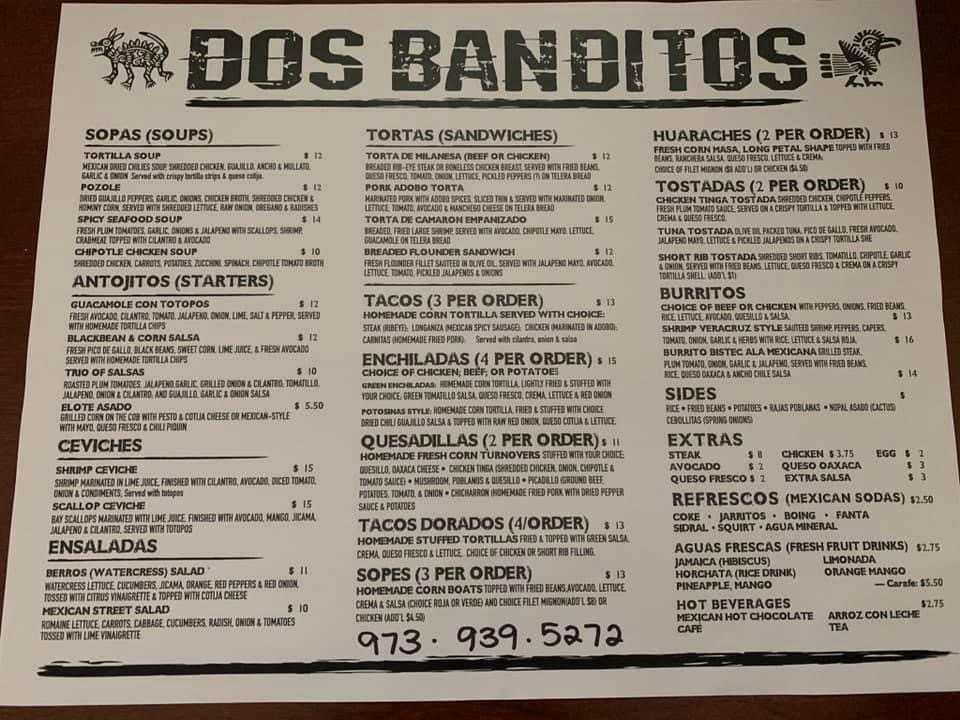 looks great. very excited.
If only that cuban place in RB had happened we’d have a decent latin boom in the area with this one and the Puerto Rican place in Lincroft, quite welcome to me.