Indian Food is Spicy or Not?

Which Indian food you think is spicier? 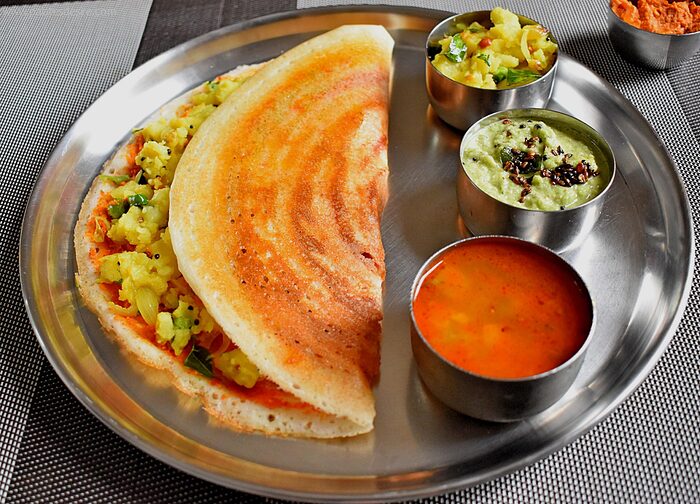 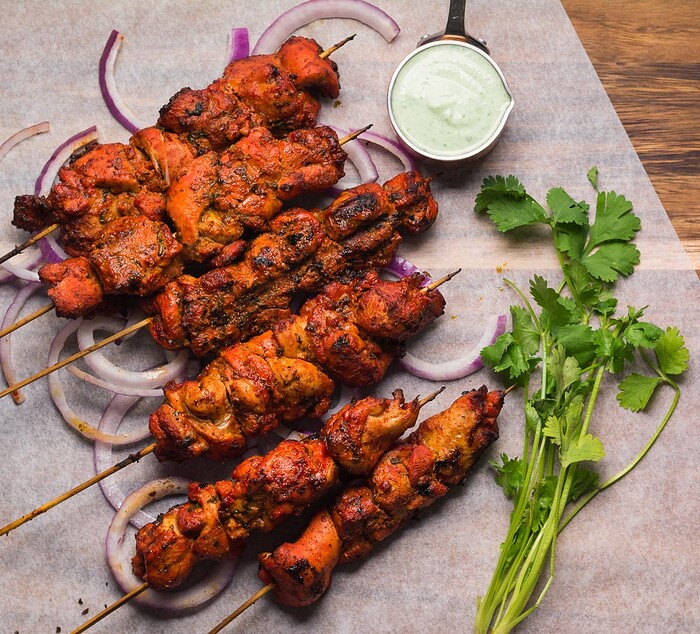 I’d guess the chicken tikka but wouldn’t it depend on the ‘hand’ that seasoned each dish?

Welcome to the forum.

To answer your question, I think it entirely depends on (1) your definition of “spicier” and (2) the actual individual preparation of the dishes.

So, by “spicier” do you mean the greater use/number of spices involved or just the amount of chilli heat?

Masala dosa is something that is beyond my cooking skill. I’ve tried to make dosas and totally failed. The dosa itself wouldnt usually have spices but the potato filling generally has mustard seeds, chilli and turmeric. I know the standard accompaniments would be a coconut chutney and a vegetable sambhar but I’ve not taken this into consideration as they are only accompaniments. For me, this is very much a dish to be enjoyed in a restaurant. One of my local places offers two masala dosas - one the “standard”, the other what they describe as the Mysore version, which comes with a red chilli chutney instead of the coconut one.

I’ll also confess to not generally making a tikka marinade from scratch. I can buy a perfectly decent jar that works. But, if I was to make it, it’d include chilli, turmeric and garam masala. Now, garam masala is a spice mix which will differ between whoever has made it. The version I have at present includes coriander, cinnamon,cloves, ginger, cumin, fennel, pepper, chilli, cardamon, aniseed and nutmeg.

So, if we’re defining “spicier” as the greater use of a variety of spices, then the tikka wins hands down by any objective consideration. On the other hand, if we’re defining “spicier” as the relative use of chilli, then it’s a subjective answer as cooks/chefs will add chilli to their taste. My general experience, of both home cooking and restaurant preparations, is that tikka would generally be hotter than a masala dosa - but, as I say, other folk’s experiences could easily be different.

Definitely depends on the chefs hand but its a fight between green and Red Chillis use here.

You are absolutely correct, But if you know the common preparation of these two dishes one will has whole spices with dried chillis in it (tikka) and the other had pure domination of green chillis (masala in masala dosa)

Hi crazycooks. Just had a quick look at what I assume is your website. All very interesting. When I have more time, I’m going to have a proper look round the sute, startign with your section on Mumbai food. My favourite Indian restaurant here in the UK specialises in Mumbai street food and I really need to gain some more knowledge about the dishes so I can have a better conversations with the restaurant owner. He is currently closed until the middle of May (as are all our restaurants in ERngland), due to Covid lockdown but I hope to back back eating there very soon after he reopens.

Thanks John, ya my website has most of the Indian street food covered and we keep updating it. Follow us to know more of Indian cuisine. crazycooks.in

Appreciate if you can drop a link of the restaurant.

Wow, ambience looks promising at this place. Looking at the menu I suggest you to try Dahi Puri one of my favourites.

You must try Helen. Indian food is spicy and addictive. You can easily prepare them at home.