In search of recipe with carrots and mustard seed.

I made this fairly simple recipe years ago, and haven’t been able to find it since, although I’ve tried others.

Probably Indian, maybe Moroccan. What I remember is that is was fairly simple, maybe like a pickle, good at room temperature, and had a nose clearing hit of mustard, probalby from mustard seed cooked in oil. Maybe ginger and cayenne too. And somehow I remember mustard oil, but that is apparently not allowed.

Probably Gourmet magazine in the eighties or nineties, maybe Saveur in the 90’s.

Does anyone have a recipe like this, or hints for how to find it online?

The mustard seeds made me think it was most likely a south Indian recipe. I did a little digging for south Indian carrot recipes. Most recipes were for shredded carrots but this Saveur recipe did pop up. Maybe it’s the one? 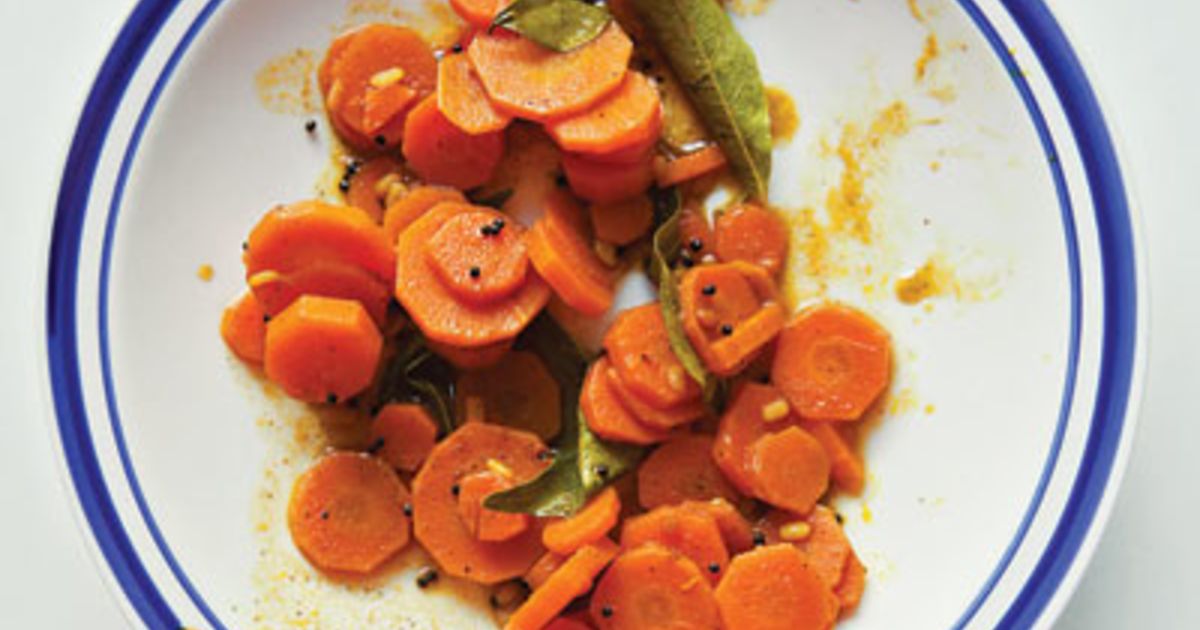 That recipe uses brown mustard seeds which are quite lively. What’s a curry leaf?

Claudia Roden has a recipe for a Tunisian carrot salad, that I do quite regularly.

The heat coming from harissa makes it contrast very well with other Mediterranean dips, like houmous and moutabel.

The Saveur recipe is what made me wonder if that’s where I saw it. Thanks! 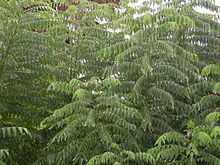 The curry tree, Murraya koenigii or Bergera koenigii, is a tropical to sub-tropical tree in the family Rutaceae (the rue family, which includes rue, citrus, and satinwood), and is native to Asia. The plant is also sometimes called sweet neem, though M. koenigii is in a different family to neem, Azadirachta indica, which is in the related family Meliaceae. Its leaves, known as curry leaves, are used in many dishes in the Indian subcontinent. It is a small tree, growing 4–6 metres (13–20 ft)) t...

You can get them at Indian grocers. I think they’re only good if they’re fresh, though I know there are Indian recipes that call for dried.

Not quite the same but feels worth mentioning- found this one which sounds like a very flavorful prep and a bit spicy- you could certainly omit the hot smoked paprika and use more of the english dry mustard.
The prep looks fussy, i would just roast in a hot oven at 400 or 450 instead of babysitting on the stove 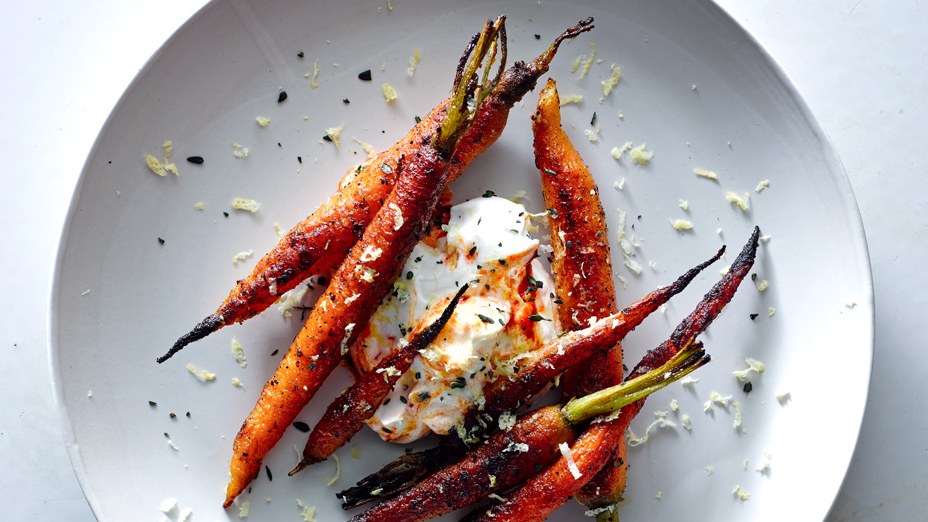 These spice-crusted carrots with harissa yogurt are sweet, spicy, and tangy.

It says " DO AHEAD: Carrots can be cooked in boiling water and peeled 6 hours ahead. Cover and chill."

If it says do ahead, it’s for me! Thanks!

Thanks Rat. i’ll add this to my store of culinary info.

Fresh is better, but I used dried most of the time.

I posted this carrot salad recipe on another thread today - it’s nicer if you roast or get some pan caramelization on the onions and carrots.

Might have been carrot pachadi - gourmet had a recipe for it: 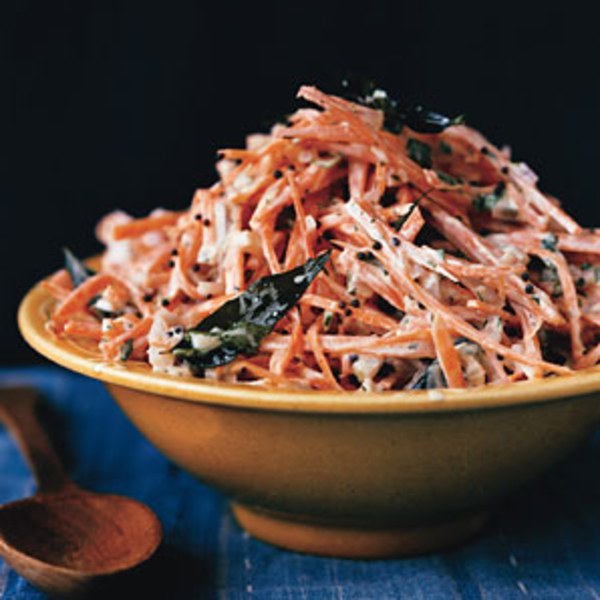 somehow I remember mustard oil, but that is apparently not allowed

If there was mustard oil it was probably a Bengali recipe - “apparently not allowed” just means that it can’t be marked edible at indian stores, not that it isn’t widely used for cooking

Yes! I did extensive research a number of years ago when I had a recipe which called for mustard oil. The US classifies it as not for cooking for an odd reason I no longer recall. Import shops carry it with “external use only” label as a go around. I spoke with many shoppers and grocers who said it is widely used for cooking and are bewildered as to why the US disagrees.

To note: mustard oil is never used raw, and typically heated to smoking before use - I wonder if that makes a difference. 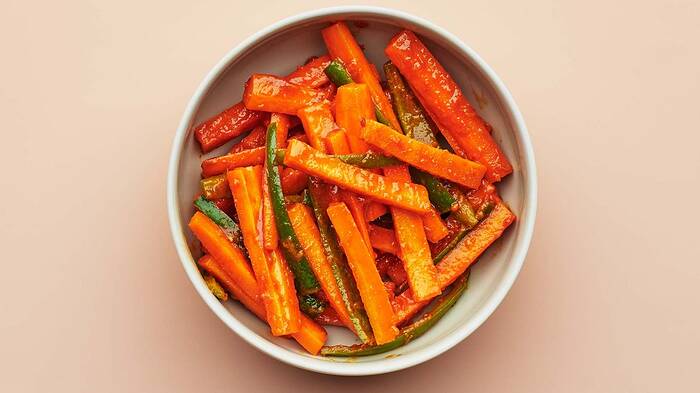 I'm Not A Carrot Fan But I Love Carrot Sambharo

The best thing to make with that huge bag of carrots in your crisper.

I love curry leaves and always put in way more than a recipe calls for. They’re hard to find in my neighborhood but so I buy them any time I can. I usually freeze them so I guess they end up somewhere between fresh and dried.