If you had to ditch three things

If you had to ditch three items of cookware in your kitchen (no dishes, glass ware or serving ware), what would they be and why? Would it be because they just don’t get used enough, they don’t work the way you had hoped they would, you just don’t like the way they look, or something else?

For me it would be the molcajete because it is too big for anything other than guacamole for a super bowl party so that is the only time it gets used, the LC large casserole because I have other things that do what it does only better, and maybe the cast iron skillet because the carbon steel has a better handle, is lighter, and does all the same things really well. I thought about the All Clad saucier but would keep it because it is handy to have pan that is configured to do tons of things, can survive boiling dry, and can go in the dish washer. How about you? Lest you scratch your head and wonder why I am posing this question, it is because the more I cook the more critical I am of senseless purchases. We can learn from each others’ mistakes, hopefully.

Everything! I’m going on a minimalist crusade.

Hmmm… three? I know two would be my Le Creuset enameled cast iron pieces (2qt and 5qt) as I just don’t use them. Third would probably be a Tramontina ceramic/aluminum saucier as I replaced it some time ago with a tri-ply SS unit (but still like the mesh filter it came with).

Fourth would be a Lodge Grill Pan (PITA to clean, and doesn’t do as good a job on searing proteins as the flat pans I have).

I will answer this question in a cheating way. I have recently discarded d a few cookware, so I will start with them. I can always come back about three more things.

If I have to ditch three more things… then I already have many knives I have already put in storage, but it may be a little cheating to talk about them.
A) Maybe the Debuyer pan if the Made In carbon steel pan works out. They are the same size. I just cannot imagine I need both at the same time. I may keep them both, but I only need one.
B) A Shi Ba Zhi Chinese knife. It is not a horrible knife, but there is nothing it can do that my numerous CCK cannot do much better.
C) Korean granite stone dolsot. Nothing wrong with the cookware. I used it twice and it works just fine. Problem is that I do not cook that kind of Korean dishes very often. So it has been sitting there for 10 years now. I would feel really bad to throw away such beautiful and working cookware. It is just I do not use it. 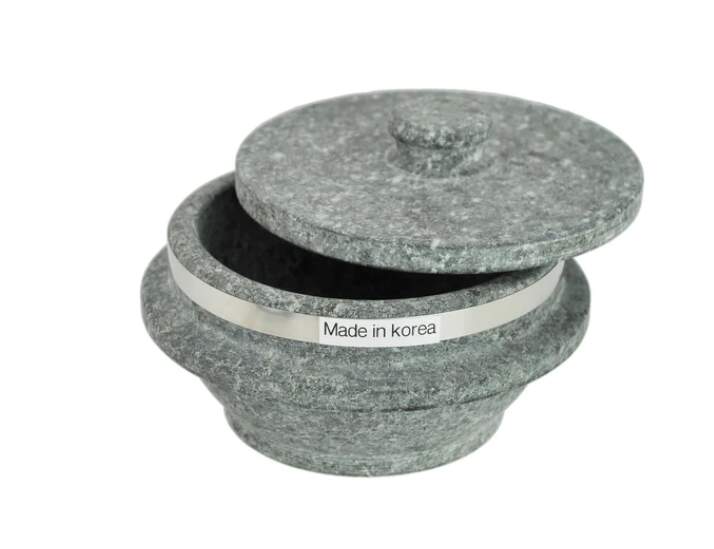 . I bake loafs in my Fissler DO sized pot and it’s fine for me.

The stainless steel one? 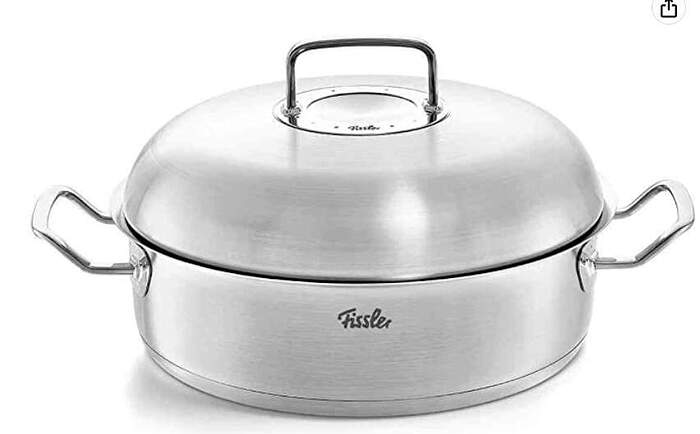 I just did a major culling. Nothing was wrong with anything; it was just pieces I thought would be a good idea to have, but they just didn’t get used enough. Everything I have is good stuff, so I give these things to people I know will use them well. They don’t get goodwilled. Last roundup also included too many stockpots, pasta pentolas, and a huge rondeau, all non-induction capable so I can’t use them anymore. I will not offload my coppper, though

. Apologies to all the thrifters out there who roam the Goodwill Superstores. 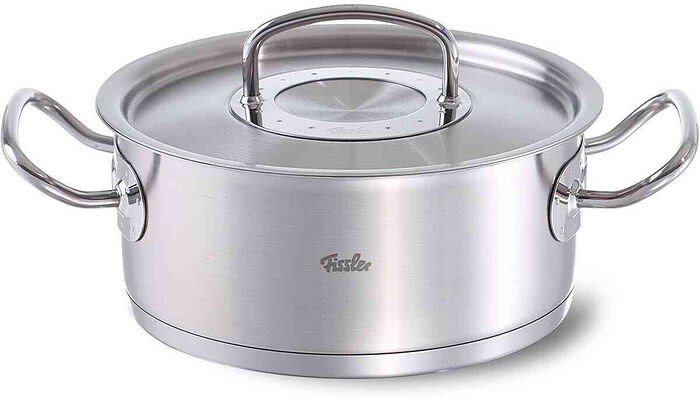 Your photo seems the shallower roaster I think, which I have also… In addition to a similar by Silga

You are able to bake bread loaf in your fissler oven (pot)?

Yes, just did the other day. I have it preheated in the oven like I used to do with my ECI pots and I use a little flour under the loaf, but not sure if I even need that there - and it don’t stick… I don’t want to, or need to risk the enamels with the empty preheat.

How Mary Condo of you

Cast iron grill pan - there was a recent thread discussing how generally useless these are, and I agree entirely. Mine is just taking up space and will definitely be headed to Goodwill the next time I cull.

Small saucepans - nothing wrong with them, I just never use them. If I am making a small quantity of sauce I prefer to use a small skillet. I have a couple of All-Clads in different depths that I received as gifts and I only still have them because I can’t bear to send All-Clad to the thrift shop. Maybe I’ll Ebay them.

Specialty bundt pans - again, nothing wrong with them, but I have several in various shapes and sizes, and I rarely use them. I especially don’t use the mini version or the one with the elaborate fleur-de-lys design. I plan to keep my favorite and rehome the rest at some point. My sister bakes more regularly than I do, so maybe I’ll pawn them off on her.

I have 2 cast iron skillets and one ECI skillet that I don’t use anymore basically, so that’s three. Also the CI grillpan doesn’t see any use, but it’s my only one…

I sort of have too much stuff by now, but don’t really want to get rid of much any of my pans (don’t want more really, either). I could let that one Fiskars ceramic treated ECI skillet go though, it’s completely useless for me.

I have some knives I intend to sell.

No real regrets I can think of outside pans and knives. Well, maybe a nonstick bread grill, but it’s not in use and I don’t even remember how we got it, its not in use since a long time and is old, actually not sure if we even have it anymore. We don’t use any nonstick cookware.

Can it be someone else’s? I like all of mine.

I have many ways to steam

I also have a Le Creuset Zen I like better.

I constantly declutter, so there is very little in my house that doesn’t get used regularly. My motto is, “If you didn’t know you had it and/or haven’t used it in a year, it goes.”

The only thing I could really live without is the microwave. I rarely use it.

Useful topic. I’m due to let some things go. I now realize that gadgets and/or gifts are a common theme for me.

Never-used air fryer that was a kind gift. It’s passed the statute of limitations so I can safely divest it to a niece or nephew with an interest in cooking.

Home espresso maker. When we bought it, there was no such thing as a coffee shop near us where we could enjoy espresso. Plus now we have a little moka pot that we use to scratch the itch for a strong brew at home. Times change.

Matching cookware set. This was a wedding gift item that’s way, way, way more than past its statute of limitations. Can safely divest without hurting any feelings. Over the years I have migrated to a small and curated selection of a few ECI and All-Clad pieces that perform better for the dishes I cook.

Helpful prompt—now I need to see what else can go.

Man. I like your thinking. We need people think outside of the box.

I had some pretty unrealistic expectations about Le Creuset when I purchased five pieces a while back. I fully regret spending the money, and would have been better off with a carbon steel frying pan, and a 5-8qt Demeyere Atlantis stockpot. That whole set could fill out my list of three plus a little extra. Collecting cookware has been a big part of my journey as a home cook, so at least I learned a lot from this mistake.