How do you use "Gourmet" salt for cooking and finishing?

How do you use “gourmet” salt for cooking and finishing?

I have a thing for “gourmet” salt and when I see them I have to resist my urge to buy them. To me, these salts have a more nuanced flavor compared to good old table salt. So I mostly use them for finishing dishes where the flavor of the salt stands out more.

There are many “gourmet” salt- fleur de sel, sel gris, Cyprus flake, maldon, Himalayan, Alaea, Hawaiian black, Peruvian pink, kala namak, etc. The question for the group is, do you like to use specific salt for certain dishes/ cuisine based on the characteristics of the salt? Do you experiment? Since these salts are more expensive, do you ever use these before finishing, during the cooking phase, like making soup, for example? If so, how does the result different from using “regular” salt?

In terms of cooking with “gourmet” salt, I have tried roasting a chicken and cooking other dishes with Himalayan. To my rather unrefined palate, I’ve not noticed a noticeable difference in the outcome. Himalayan is probably the cheaper of the bunch so there are people who use it for regular cooking. Other types are so expensive that I haven’t contemplated so far to cook with them. 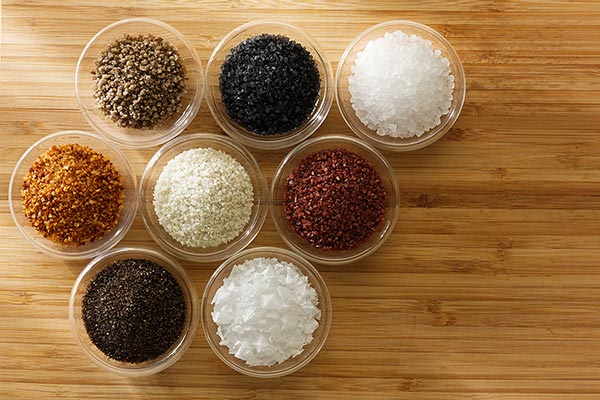 I would not waste money cooking with these Salts. They are Finishing Salts in my Opinion.
Mostly they are a textural experience.

I may used a varied salt on my boiled egg, steamed vegetables, Rimmer for Caesar cocktails or as a popcorn seasoning. Other than that, these salts are fairly limited in my kitchen.

I have never noticed any flavor difference from them, just textural. I only buy kosher and sea salt, but have been gifted others. I like the texture of fleur de sel on things like radishes with butter where the crunch really goes a long way. Colorful salts I use on top of crackers or breads or else to rim glasses for drinks.

My “table salt” is kosher flake salt, but i loooove flavored salts and such.
My favorite is the smoked salt from Maldon, which i also use most often-always as a finishing salt. It has a delicate smoked flavor that is great on everything from roasted veggies to popcorn to hummus.
I have a porcini salt that i use when cooking mushroom dishes, it’s a bit chunky so i think it’s too crunchy as a finishing salt since you can get a too salty bite.
I also have a black salt, kala namak (the indian kind) which has a super strong flavor that i use in recipes very sparingly

But for himalayan sea salt vs kosher salt vs sel de fleur i don’t think it makes a difference for cooking, and as a finishing salt it’s more about the texture than nuances of the flavor

Like many other posters here, I don’t use these salts for cooking. I just keep Cyprus flake salt for finishing stuff like padron peppers, steaks, fish, green salad. Losing the texture by letting it dissolve in cooking would make it kind of pointless, to me.

For some reason, Himalayan pink salt seems much less salty to my palate even as compared to same size granules. I have a bunch, will probably use for body scrubs or soaks instead of cooking. I always have a small pinch pot of Maldon flakes to season food at the table because I love the crunch and the strong flavor in particular bites, not everything. I also love smoked sea salt as a finisher for some dishes. In general, I think size and shape has much more effect than color, minerals or even smoking, it all tastes like, well, salt.

What’s the differencce between regular and gourmet salt you ask? About $10.00 per pound! Gourmet salts are mostly a scam, IMHO. I keep kosher (coaser grain) and fine grain Diamond Crystal table salt by my stove. Kosher salt, because it’s easier to grab a pinch or two and Diamond Crystal because it dissolves quicker in pasta water, brines, etc. I keep sea salt grinders from Costco on my table only because they’re cheap and convenient to use. If you do buy “gourmet” salt use it for finishing only, not for cooking.

I’m with the majority here - I use them for finishing only. I keep kosher, regular table salt and extra fine salt (for salting fried foods/popcorn/nuts - it adheres so much better!) in the kitchen for general use and a container of Maldon for finishing. I have been gifted other fancy salts but the only one I usually buy for myself is Maldon.

When talking about gourmet salt, there are 2 big categories, the first is related to location and the method it is harvested. The second is salt in the first category mixed with herbs, spices etc…

For the first category, I use them mainly as finishing salt. My favourite is the fleur de sel for it’s favours and a slight touch of saltiness, I have a personal preference for those coming from île de Ré (than Guérande). I also like Halen Môn salt, with is similar to Maldon (I believe) especially for a final touch on the cooked meat and roasted vegetables for its flaky texture. I like the Haiwaiian red Alaea salt mainly for salad (to satisfy my vanity, it’s so pretty the coral pink colour!) I have the Himalayan pink, but since the salt grate doesn’t work very well, I forget it somewhere in the drawer. I have tried to cook with this category of salt, I can’t tell the difference in taste. But I guess unless the cooking is very refined*, plus you have an advance palate.

As for the second category of salt: My recent favourites are wild garlic sea salt mix. I like a lot the smoked Salish salt and the Norwegian Viking salt (smoked salt with onion, pepper and turmeric). I don’t care about the truffle salt. As gift, I also have the Salyen (Roman recipe: Salt, dried herbs, celery, pepper and ginger). This category of salt, I use in cooking, marinating, and also as finishing salt.

Honestly, except the fleur de sel, which I really need. The others are a nice touch. 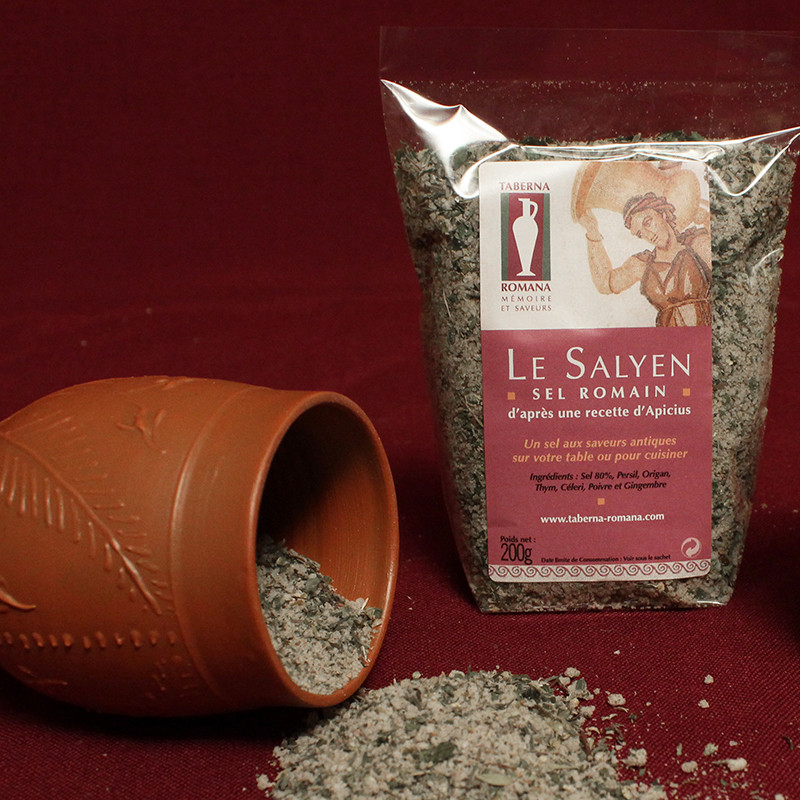 I agree that salt is essential in dessert and sweets. 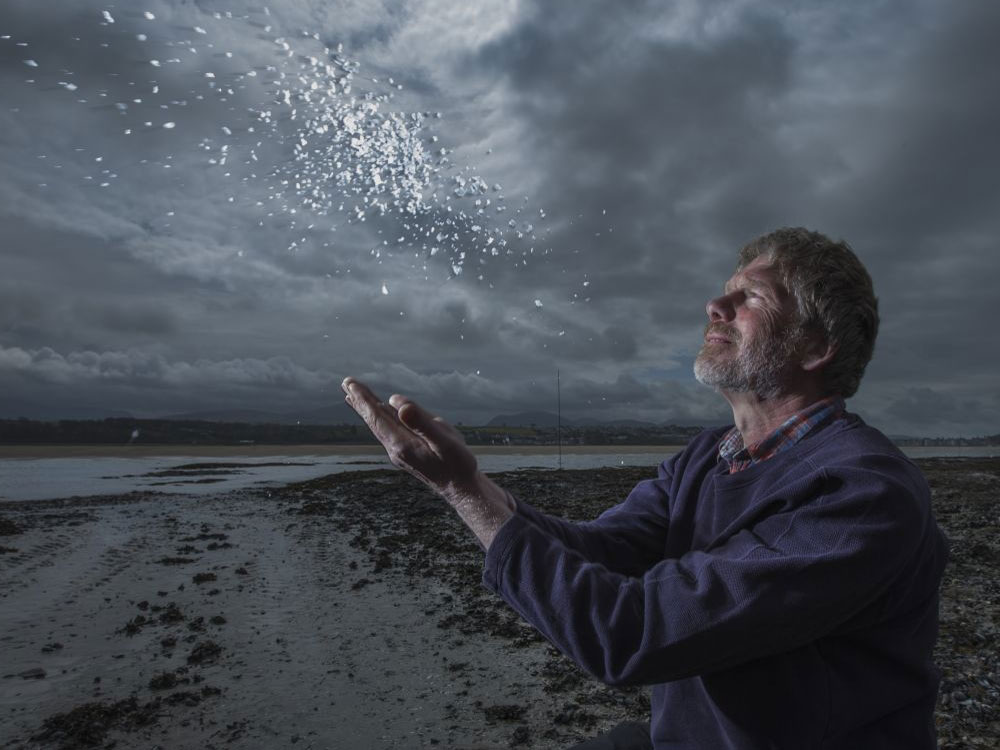 The best salt on earth?

Only the finest flakes will do for the likes of Heston and Ferran – not to mention the makers of posh chocolate bars. Samuel Muston goes in search of the white stuff at Halen Môn Sea Salt

I also have a black salt, kala namak (the indian kind) which has a super strong flavor that i use in recipes very sparingly

In what instances do you use kala namak?

My favourite is the fleur de sel for it’s favours and a slight touch of saltiness, I have a personal preference for those coming from île de Ré (than Guérande)

What do you like about those from île de Ré more?

I agree that salt is essential in dessert and sweets.

I think good salt has an important place in sweets. The salt imparts an extra dimension of intensity in the sweetness that would be missing without it. When its added on top of the dessert and people are literally chewing on the salt, the type really matters. For some reason, salting dessert and sweets seems to be not done as frequently as I would expect or hope beyond salted caramel, chocolate, etc.

I think I saw some Halen Môn at Trader Joe’s a month ago but they were gone now.

Thanks all. That pretty much confirms that cooking with these salt seems not to be very useful.

Table salt isn’t good for health with the additional chemical so the salt won’t cake, but I keep on using it as they are more salty compared to the greyish sea salt.

What do you like about those from île de Ré more?

I have both at home now, I tasted them. They are more or less same taste, île de riz is slightly smaller in size, Guérande is slightly whiter and bigger in size. But honestly they are nearly identical. Just Guérande is of a bigger scale, while in Île de Ré is more of small producers, therefore more rare, I had spent 2 summers in there, a nice place!

It’s actually the "secret ingredient " in my tofu scramble, and when i make tofu based eggless salad- which sounds horrifying i realize but it’s just chopped tofu, dijon, minced celery, chopped dill pickle, some mayo, a little splash of pickle juice, lots of black pepper and a pinch of kosher salt and tiiiinny pinch of the black salt which gives it that kind of sulfuric eggy flavor.
I bought a small jar about a year ago and it might last me another year easy.

I think good salt has an important place in sweets.

Absolutely, I always use a bit in anything sweet, and I often miss it in stuff made by others.

I am in complete agreement on adding salt to sweets and i suspect that’s a big reason why restaurant desserts made by a good pastry chef are so memorable.
For that matter i actually also love a little salt with some fruit like watermelon- most often as capers or in a salad with olives vs actually sprinkled with salt