Anybody have experience using them? Actually these are shallot tops, but I’ve read you can use them the same way. 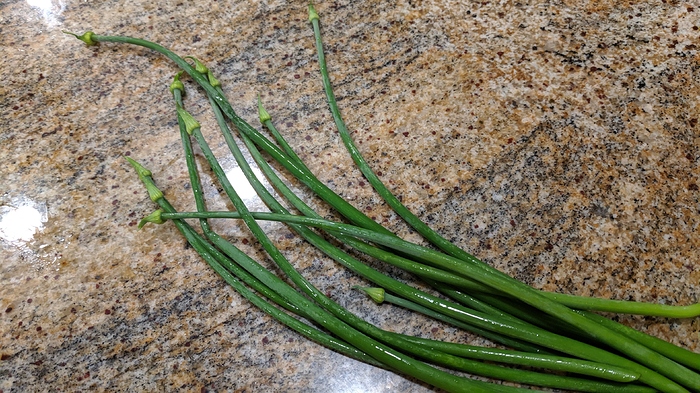 I tried this one. Meh

the secret ingredient that makes this salad dressing awesome

Other ideas I’ve found so far. Lots of charred options.

Calcots (aka charred green onions). That one seems to be about the white part.

I use green onion tops all the time, as long as they aren’t the sort that is kind of slimy. They are nice as a garnish for soup or hummus, added to salads, an add on with a baked potato, in omelets. Really, any place where you might use onion or chives!

Thanks! I’ll do that.

Anything that might keep? Like chutney or onion oil or something? I have a LOT from my shallots. 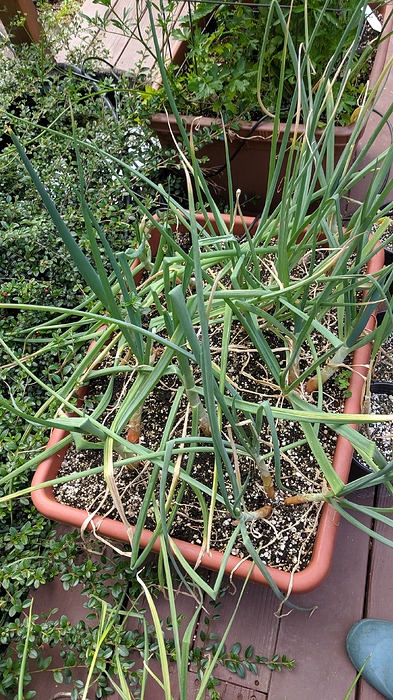 Here’s on for scallion oil. I’m trying that.

I’ve seen some for pesto, but it seems to include basil, and I don’t have much yet.

I’ve been seeing mention of salted lacto fermented herbs for several years but have yet to remember to make them. This has cultural roots in a number of locations. Sounds like a worthy experiement! No reason you couldn’t try with just one type of plant material. 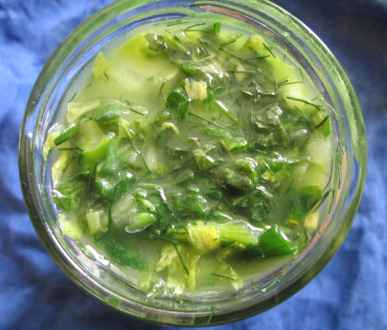 I’m feeling happy for the emergence on the food scene of Olia Hercules. I saw this film a while back and felt really thrilled to be learning from someone so deeply rooted in her own food trad…

Perfect! Thanks. I’m making that!

This Homemade scallion oil recipe says it keeps for months!

You can chop and freeze them. Super handy to have around.

Be very, very careful with herb oils. They are prime breeding ground for lots and lots of foodborne illnesses.

Vinegars are ok because of the acid, but flavored pils are best made in small quantities that will be used quickly.

I was thinking that (well, just about botulism with the recipes that use garlic) . I noticed one recipe called for blanching the scallions first; would that change anything?

Anyway, here is another oil.

Blanching won’t help with botulism. Botulism is every where. It becomes an issue when the food is in an anaerobic environment.

The salted herbs were what I was speaking of!

Okay. I thought the ferment sounded interesting too,but the salted herbs look easier. And I’m guessing no "nasties"servive the salt. I’ve done something like that with chilies.

I was wondering if it would kill the spores before it was put in the oil/anaerobic environments. I think it requires temps above 250 for three minutes to kill the spores. 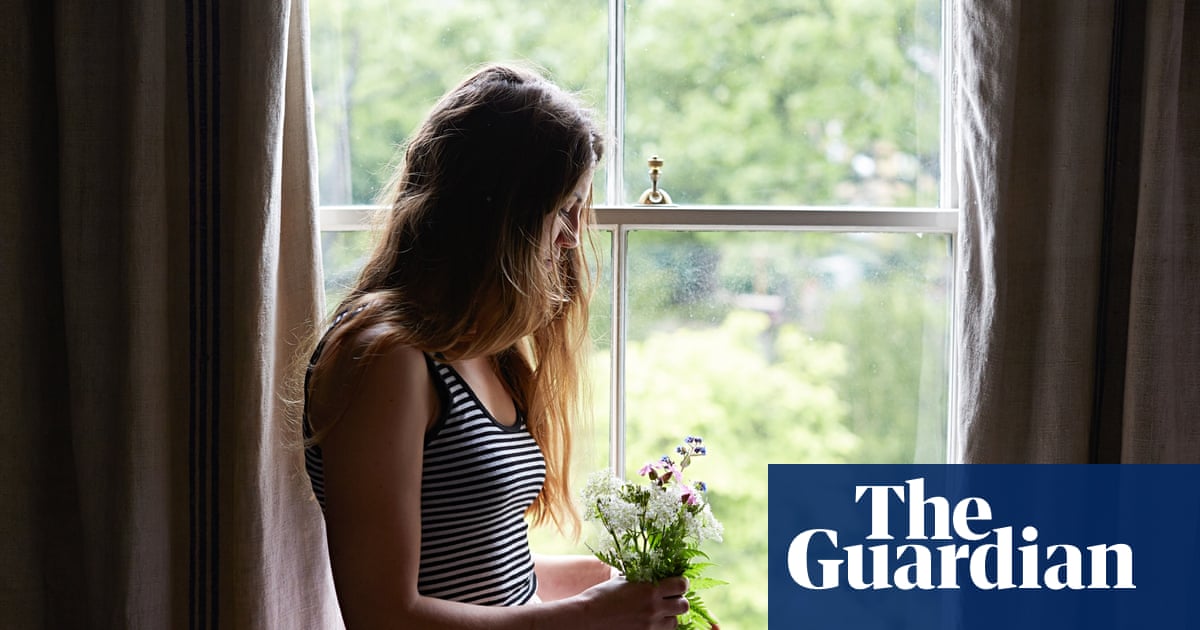 A lavish hazelnut cake recipe and a Ukrainian spin on meatball soup – a...

Its your health. Botulism is significantly more than an upset tummy.

Ill make flavored vinegar and infused liqueurs and lacto-ferment veggies (not onions…that just sounds nasty). Flavored oils are not happening in my kitchen.

I tend to use the whole scallion at once. I’ve never understood using only the white part. With leeks I’ll use most of the green but not all as it gets over-powering.

Some really extreme degree of salinity may also inhibit C botulinum spores from sprouting and reproducing, but I’m pretty sure that even the relatively large amounts of salt used to preserve “salt-preserved” foods itself isn’t enough and that it’s the lactic acid from the lacto-fermentation that does the job, not the salt… The spores themselves can survive pretty extreme conditions, but the live bacteria are much less “tough”, even when the “no oxygen” condition is met. It doesn’t take much acid, for example, to inhibit sprouting. Which among other things is why it’s safe to can “high acid” foods only in a boiling water bath, and why non-infant humans and other animals can ingest the spores without danger; our stomach acids inhibit the sprouting long enough for other digestive enzymes and whatnot to break them down completely…

As far as heat is concerned, though, I daresay it’s not something to rely on a regular basis, but fwiw, the toxin the live bacteria produce, which is the actually-harmful thing, itself isn’t very heat stable (unlike some other food-borne bacterial toxins). Boiling temperature in the presence of oxygen for (at least) five minutes is supposed to be enough to neutralize that…

And last but not least, re the actual thread question, outdoor, ground-grown onion/shallot tops are tougher than scallion/green onion greens, or even the sprouts of onions left to sit around too long at indoor room temperature, so I don’t know that they’d work out as well everywhere the the latter do, but I’ve always routinely used at least some of the tops along with the bulbous part of the plant, except in relatively rare circumstances when one or the other is more appropriate - in salads, sauteed/stir-fried, whatever. And fwiw, I first encountered a true scallion pesto (made with the whites as well as greens, but no other herbs) tossed with small shrimp, served cold as an appetizer at Chinese restaurant. (I have no idea if it’s at all a traditional recipe, but the restaurant was fairly authentic Szechuanese at the time.) And it was simple enough that I was able to reproduce it quite well at home, even though I’m not usually great at dissecting and reproducing more involved restaurant dishes I’m unfamiliar with… I might have more detailed notes somewhere, but offhand what I recall was basically just blending whole scallions chopped up with just enough oil to make it “saucy” enough to coat the shrimp evenly, plus a decent pinch of salt.

Ginger scallion oil (that typically goes with white cooked Cantonese chicken, but is delicious on everything).

There’s a choice of cooking the aromatics gently vs pouring hot oil over them - the former probably makes it last longer,

Your green onions look small but if you want to try something different why not grill them Catalan-style: calçots. 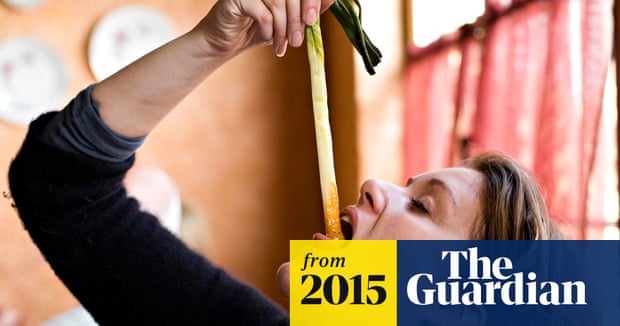 The foodie traveller … on knowing your calçots (onions) in Catalonia

The calçotada is a Catalan winter food festival that involves giant spring onions and red wine poured into the mouth from a great height. As you might guess, it’s a messy affair