@naf quite rightly pointed that Hong Kong was no time to be skimping on dim sum and @klyeoh pointed me to Cuisine Cuisine @ The Mira Hotel, which was very near our hotel. As luck would have it they started serving sim sum at 10:30 am on a Sunday and had a table available

Cuisine Cuisine is in a hotel/shopping complex and is a bright modern space and the place was fairly full of families having dim sum. 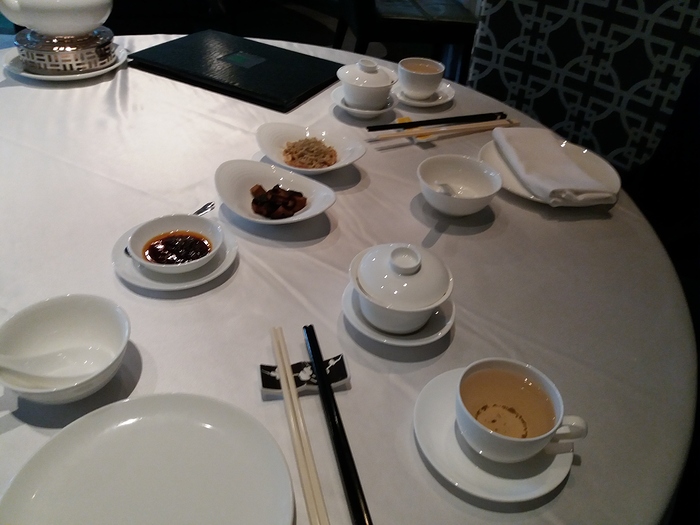 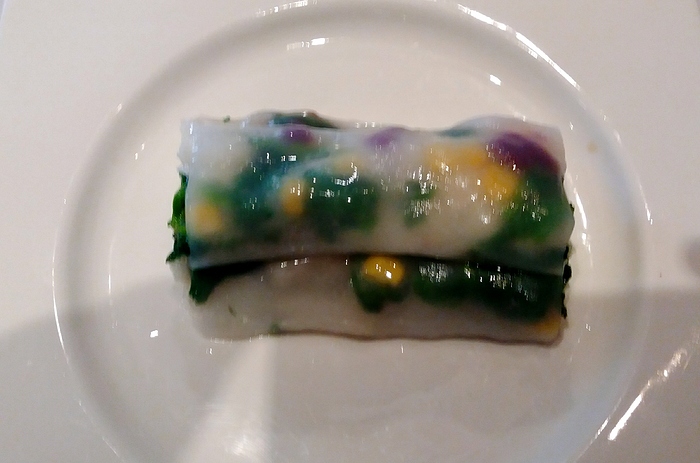 Steamed wild mushroom and black truffle dumplings. These were a little disappointing. Very thick gelatinous skins and I couldn’t detect any truffle. 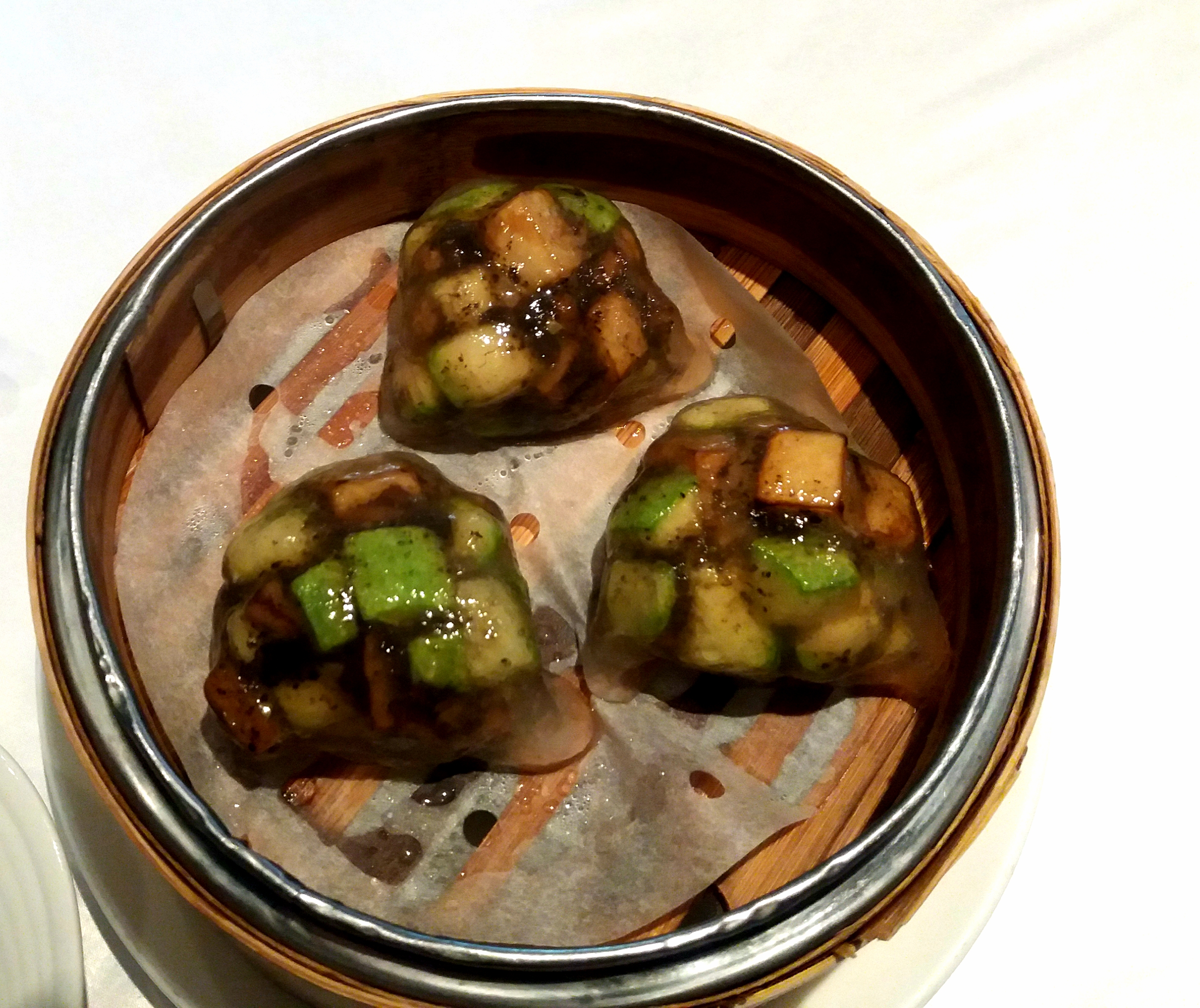 Pan fried turnip cakes with Parma ham and prawns in X.O chilli sauce was the stand out dish. Nice crisp on the outside on the turnip cakes and soft on the inside. The Parma ham added a nice saltiness and was lovely and crisp. The sweet XO sauce set everything off nicely.
. 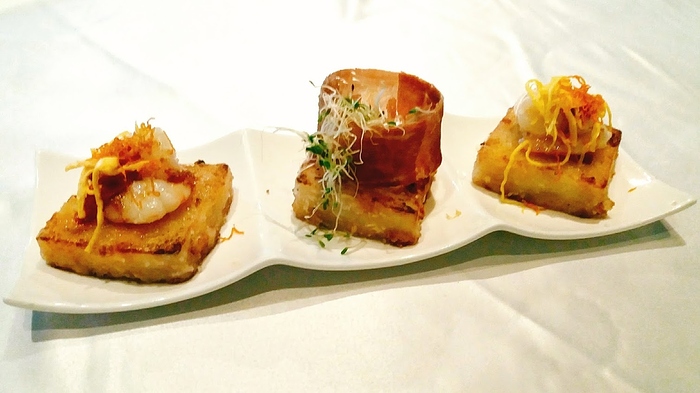 This looks original, what are the violet spots? Very colourful rice rolls.

Steamed wild mushroom and black truffle dumplings. These were a little disappointing. Very thick gelatinous skins and I couldn’t detect any truffle.

I think the size they chopped up the vegetables were a bit big. Chinese truffle is lighter in taste. But most of the time, I suspect it is just a way to charge more for the dish without really using much truffle.

This looks original, what are the violet spots? Very colourful rice rolls.

The things they do with dim sum these days - Janice Wong in Singapore has some radical versions:

[image] For something more substantial, the scallop somen…

Talking about new or creative dim sum, there are 3 trends it seems:

1/ Creation of new dim sum from scratch
The example I can think of is Yee Tung Hee in Causeway Bay, the mushroom plate, the dim sum with 2 fish or the eggplant puff.

Situated in Excelsior Hotel in Causeway Bay, Yee Tung Heen is a Cantonese restaurant with good reputation on its Dim Sum menu, served from the early morning till afternoon. It has won several awards including Gourmet Master chefs and HK tourism board Best Culinary Awards. They shows their trophies at the entrance. Personally, I’m not familiar with these local awards. [image] [image] I especially like their XO sauce, I kept eating it on its own [image] Steamed twin gold fish dumplings, steam…

Friends brought us to Paradise Dynasty, I already saw some of their advertising when roaming in Causeway Bay - their colourful Xiao Long Bao. What I didn’t know was it was a Singaporian restaurant, specialising in Shanghai and Szechuan food. There was a long queue outside the restaurant the day we went. I ate alone the original Xiao Long Bao (didn’t take any photos), it was better than Din Tai Fung, the pork had more taste with a thin skin. The Bao were hot and soup was good. Dynasty 8 flavour…

3/ Dim sum is still classic, fabrication method not classical
The Xiao Long Bao I ate at Bo Innovation (Wanchai, Hong Kong), the taste was exactly the classic Xiao Long Bao, but the form was a bubble, molecular cuisine. 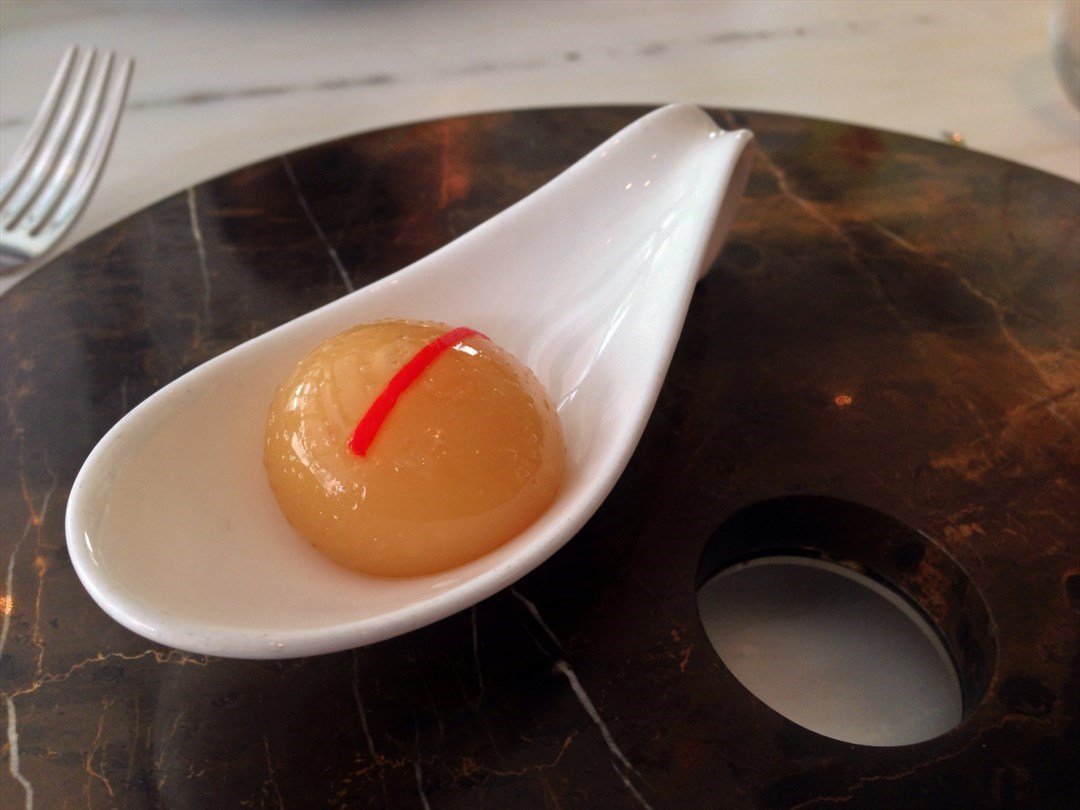 This one is much harder to detect, but I suspect certain dim sum in Ming Court. (Or maybe the chefs have great craftsmanship.)

We had a wonderful dim sum lunch a few years ago at Ming Court, inside the Cordis Hotel next to Langham Place in Mongkok. Recently we paid them another visit. Drunken shrimp dumpling, with shao xing wine. If I were to pick one dish during this trip that I found the most memorable, it would be this absolutely delicious little morsel from heaven. Usual shrimp dumpling found in every dimsum joint all over the world is fine, but this version was infused with shao xing wine that gave it a nutty, …