Murray Family Farms is in California.

I bought Brooks cherries which are sweet. They also sell tart cherries although there was a heat wave so cherries might be done for this year.

Their ordering is inefficient to put it politely. They don’t have a price list. To ask questions and/or order you email the owner, Steven at murraystevena2@gmail.com. 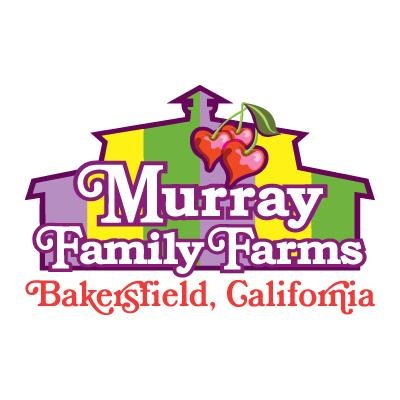 Murray Family Farms is a family owned and operated farm open to the public. We pride ourselves on quality produce and an unforgettable experience.

I am between the SF Bay area and the Sacramento Valley, and not seeing as many sweet cherries as I’m used to.

That could be my undoing.

Question for those of you who use an ice cream machine. Is there a good hack/way to get the most ice cream off of the churning part of the contraption? I find there are so many uneven parts to this part - small and large little holes, some of the plastic lines are angled, etc., that I feel like I lose at least 1/4 cup of ice cream to this dohickey each time. Which is a lot when you’re making a pint or two at most. I’ve tried using a rubber spatula. Not small or dextrous enough. Tried using fingers. Cold! And makes the ice cream melt and lose its aeration. Maybe this is a first world problem, but just curious how you all do it. I have a cuisinart compressor…

Use these, it’s the best I’ve found. I just made mango ice cream today and used one to scrape the paddle. Be careful not to scrape any fibrous bits stuck on the paddle. 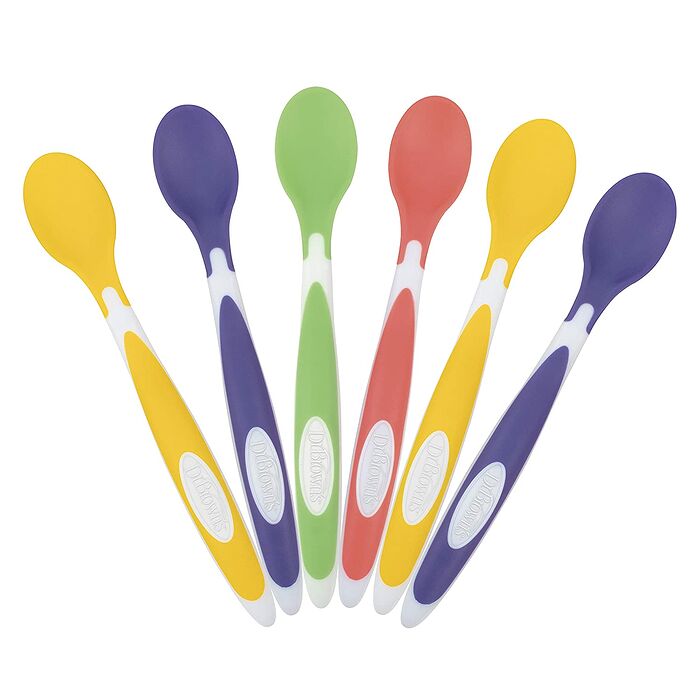 No-stress, less-mess mealtimes with Dr. Brown's Designed to nourish soft-tip spoons. Feeding baby is stress-free with soft-tip spoons that are gentle on tender and teething gums. A long handle ensures you get every last...

Love the idea of the toddler spoon for scraping the ice cream paddle, however my Designated Paddle Licker (DH) would be seriously disappointed.

This is SUCH a big problem for me as well. Drives me nuts.

I will try this! Thank you!

Glad to hear I’m not alone! The paddle (thank you) doohickey is so much more complicated and harder to “clean” off than, for instance, the kitchenaid mixer paddle.

Thanks to @maccrogenoff for a great fresh strawberry recipe. I can’t just leave things well enough alone sometimes so we put in shaved dark chocolate and brownie bites at end … pink cow flavor 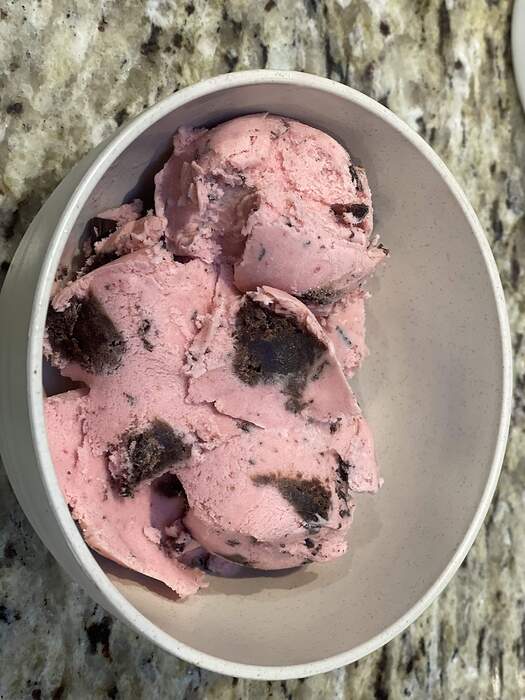 For the less ambitious, there’s a fudgesicle recipe that’s simply a 5.9 oz box of instant chocolate pudding mix plus 3 cups cold milk, prepared according to the label, poured into 10 molds. That’s a potential foundation for any number of ice creams, frozen in a single container or as popsicles. Vary the flavor of pudding mix, sub coconut cream or Greek yogurt, add dried or chopped fruit, nuts, chips…

I made Cook’s Illustrated ginger frozen yogurt and it’s fantastic. The recipe calls for you to strain a quart of whole milk yogurt, but I had Greek yogurt so I used that and some of my kefir to have the amount called for (I had 2 cups of Greek yogurt and the recipe calls for 2 3/4 cups and to make up with whey if you don’t have enough). Gelatin is added for texture and bloomed in whey, for which I used kefir as well. I doubled the salt called for (for this amount of base I’ve never used less than 1/4 tsp) and I don’t have golden syrup, so I used 2 tbsp corn syrup and was going to use 1 tbsp honey for the flavor, but thought it was sweet enough already (the invert sugar is mainly for texture, I know, but I didn’t want to add more sweetness once I tasted). I grated the ginger into the yogurt and let it sit in there while I chilled the base more, then strained it out. I used my Japanese ginger grater which really gets a lot of juice out of ginger.
I never thought of ginger as a froyo flavor, and I don’t know why, because it’s a great match for yogurt. My mom probably won’t be too enamored of this because she’s not a big yogurt eater, but who knows, maybe she will surprise me!

Ingredients here, and the procedure is available on YouTube though I just did my own thing really. This sounds fantastic! I love ginger anything and it’s such a great accompaniment to so many other dessert flavours.

Made this many times before and agree it’s great. Golden syrup has a flavor, corn syrup is more neutral. Also it comes out better with strained regular yogurt than Greek. I only tried Fage brand, though.

Golden syrup is nice, but even they admit the main purpose for this recipe is to prevent iciness, so I decided on corn syrup because that’s all I can get here and what I often use for ice cream and sorbet. Golden syrup is more neutral than honey, so that’s why I went with a mix even though ultimately I stuck to just the corn syrup. I could have used the dark corn syrup I have for a little more flavor, but I ended up liking the neutrality.

I would have used plain yogurt if I had made any, as I cannot purchase plain whole milk yogurt here easily (local yogurt here is almost always sweetened to some degree and even the imported plain Greek yogurt— a European brand that is pretty nice— isn’t always available). My goal was to use up the Greek yogurt I had here which I was originally going to use for my favorite no-bake Oreo cheesecake, but then wasn’t in the mood for anymore and this sounded really good. With the addition of my homemade kefir (this particular batch was made with fresh local milk, too, rather than UHT) I feel pretty good about what I ended up with.

Yeah I think ginger will shine through more without golden syrup.

I’m not usually a fan of no-churn ice cream, but I couldn’t resist this one with crème fraîche in the base, plus I had some great strawberries. Looking at the pictures in the blog, I didn’t seem to have as much fruit filling as her, so it’s lightly strawberry rippled. The finished ice cream has that slightly chewy texture, and is very rich, but also tasty on a hot day. It won’t go to waste… 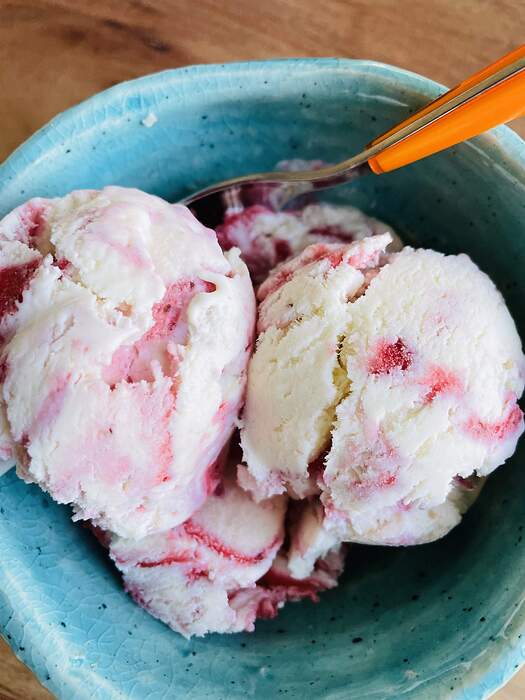 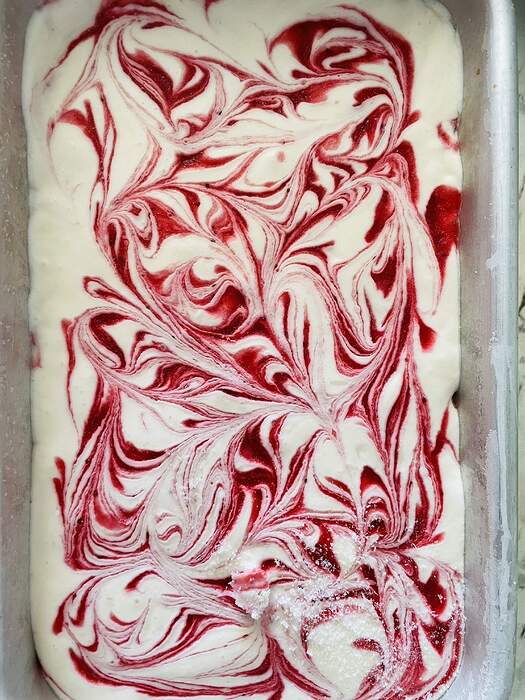