Bột Chiên are cubes of rice-radish cakes, pan-fried in lard, eggs, garlic and other mainly soysauce-based condiments into a smoky, greasy plate of deliciousness which I found irresistible. Of Chinese Fujianese and Chaozhou (Teochew) origins, the same dish can be found throughout South-east Asia and goes by different names: khanom pak kard in Thailand, fried chye tow kway in Singapore, char koay kak in Penang, and even introduced into HK’s dim sum spots as Malaysian-style fried “lo baat gou” (蘿蔔糕).

In Vietnam, just as in other SE-Asian countries, bột chiên is regarded as a “snack food”, never elevated to become a main “dinner” dish, and is usually offered from mid-afternoon onwards from itinerant hawker stalls.

One of Ho Cho Minh’s best-known bột chiên spots is undoubtedly the 30-year-old Bột Chiên Đạt Thành along Vo Van Tan. Typical of a popular local eatery, it’s noisy and cluttered, with customers who’re not lucky enough to snare a table having to mill outside, waiting for a vacancy to occur. 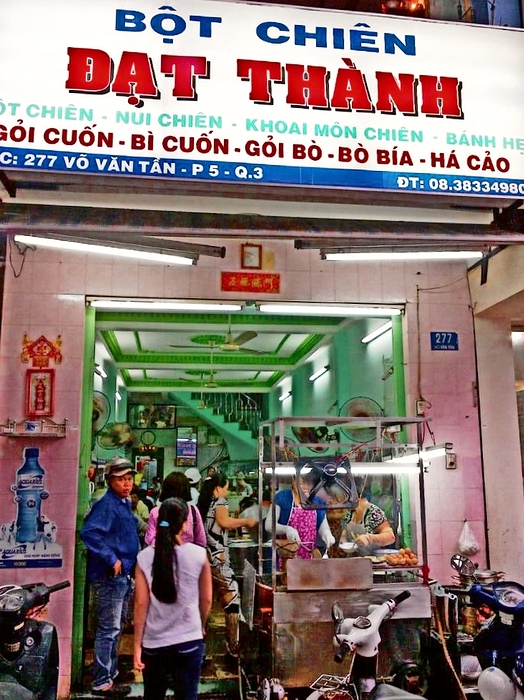 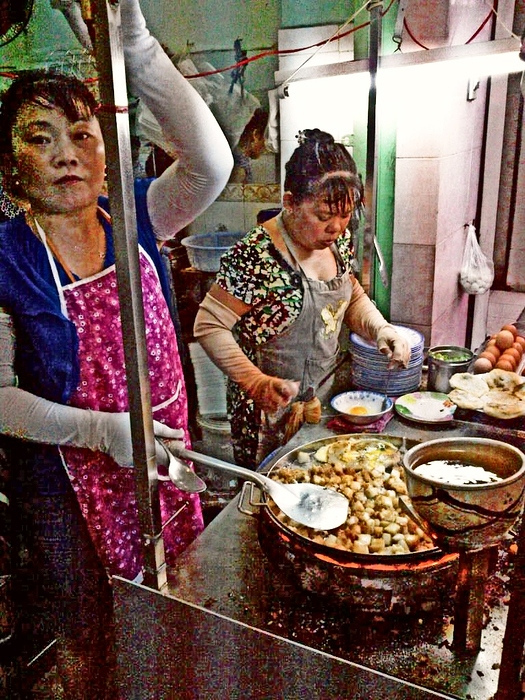 Waitresses tended to be bony middle-aged women, dressed in pyjama-like outfits, and probably hired solely for their loud voices and the ability to scream orders to the chef across the din of customers’ chatter. 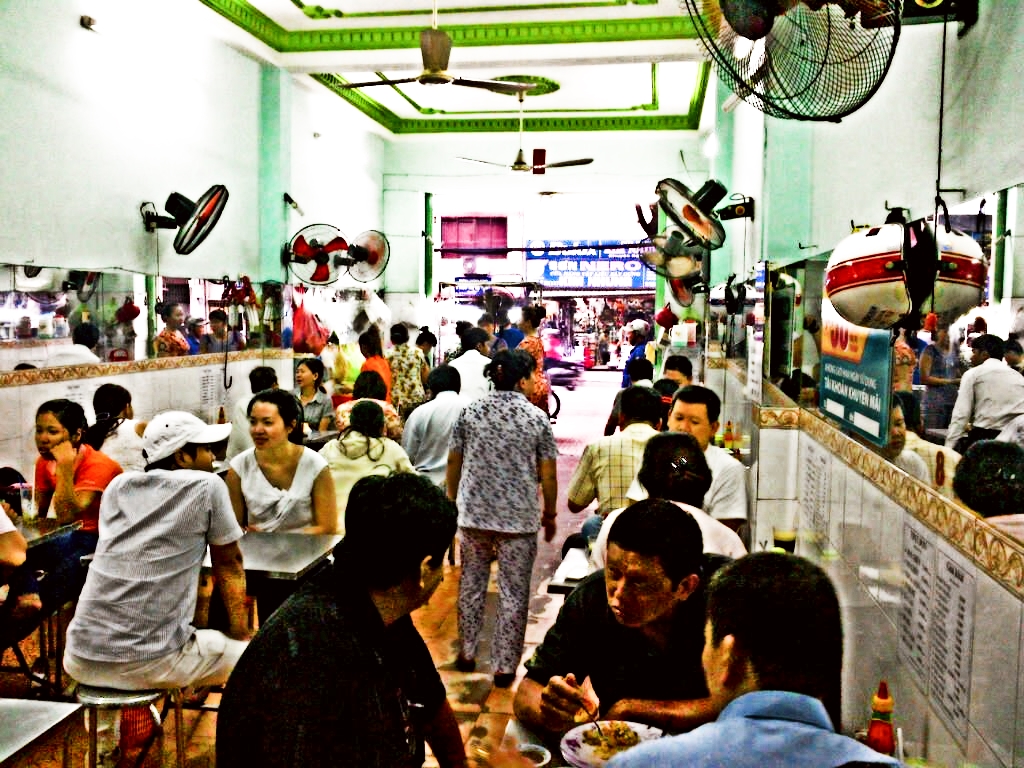 The 30-year-old establishment used to occupy two adjoining ground floor shoplots, until the landlord of one of the shoplots decided he wanted his premises back. So, Bột Chiên Đạt Thành expanded upwards instead, and now has a dining room on the second floor - although one would definitely prefer to occupy the ground floor where all the “action” is.

Bột chiên differs from its Singaporean and Malaysian counterparts in four ways:
(1) the steamed cubes of steamed rice/tapioca cakes, when pan-fried, seemed to have much chewier exteriors,
(2) there’s no hint of salted radish being used to flavour the dish, which is one of the dish’s trademark in Malaysia, Singapore and Thailand, and
(3) the dish is served with shredded green papaya, and pickled carrots & white radish, to undercut the richness/greasiness of the dish. Other than that, the bột chiên is very much similar to both “chye tow kway” and “char koay kak”, with lots of eggs and lard used in the frying process.
(4) The way it’s eaten is also different: only the Vietnamese will spoon over copious amounts of a light soysauce-based dressing over the fried rice cakes before eating them. Somehow, the idea of wok-fried rice cakes drenched in sauce seemed pretty unusual to me. 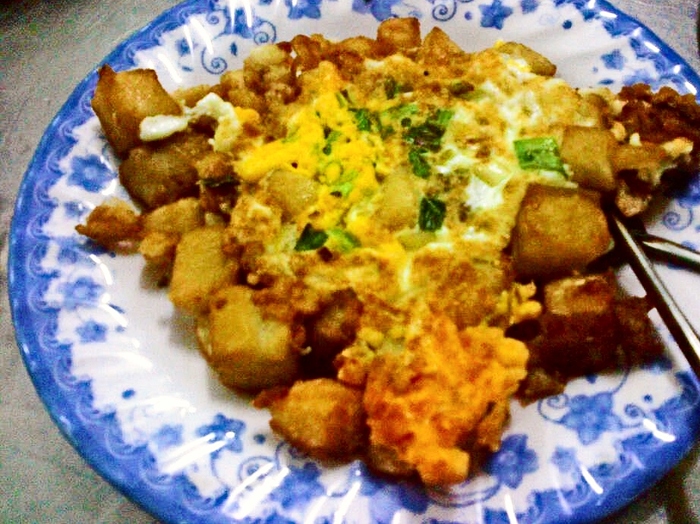 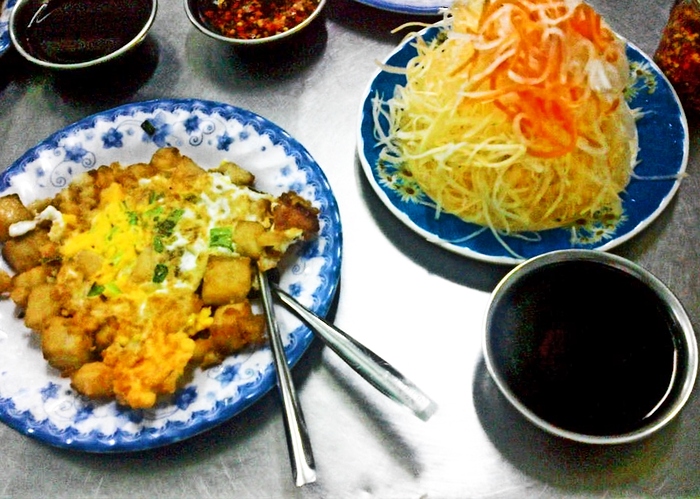 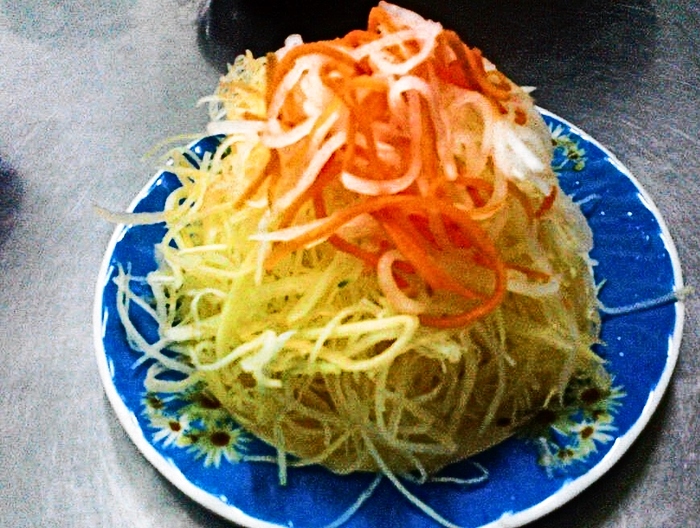 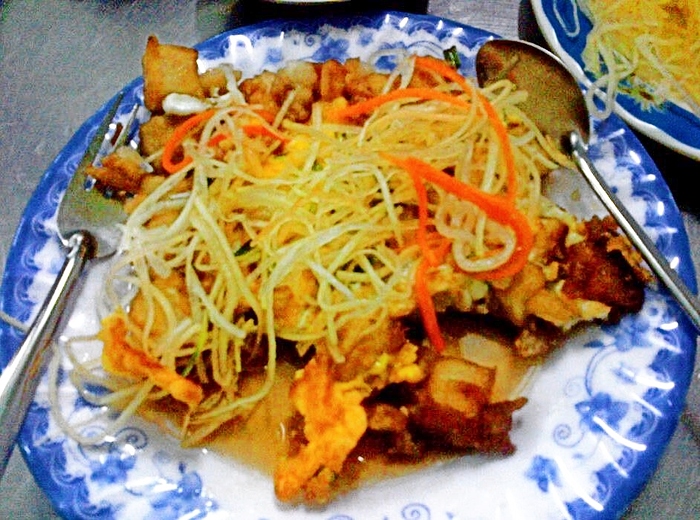 The eatery also offers a yam/taro cake version - the steamed yam/taro cake are just as soft in texture as the radish version, but a whole lot tastier and more fragrant. 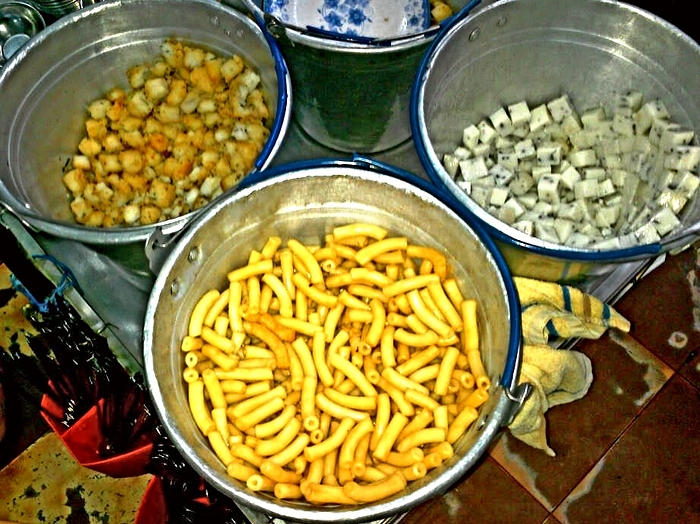 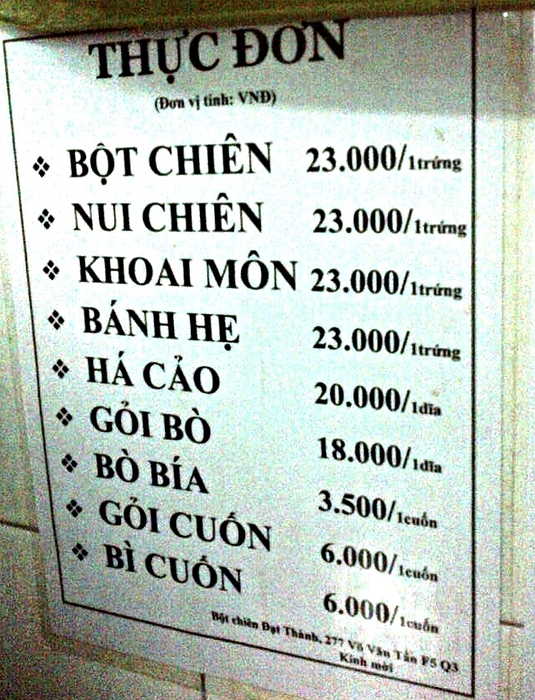 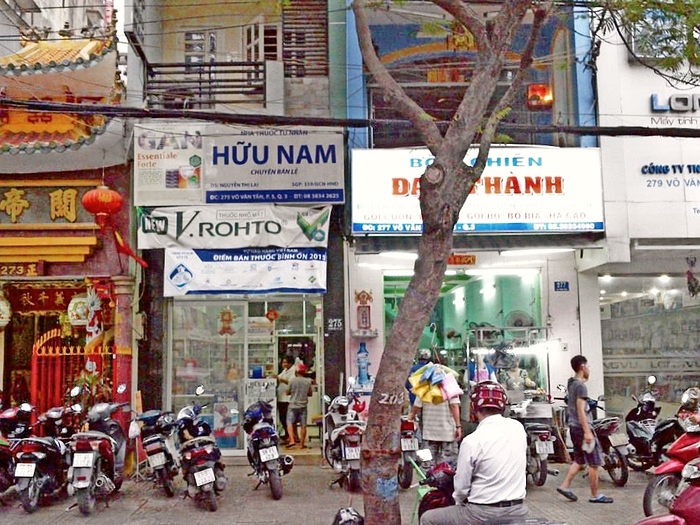 Waitresses tended to be bony middle-aged women, dressed in pyjama-like outfits, and probably hired solely for their loud voices and the ability to scream orders to the chef across the din of customers’ chatter

Hired from the same hospitality program that pumps out Hong Kong servers.

Hired from the same hospitality program that pumps out Hong Kong servers.