Here’s what I do at the moment.

Shave off at least 30s for not refrigerated, and another minute for runnier yolks.

(I hate gloopy whites too.)

Adding: I don’t shock in ice water at the end - just cold tap water. So I assume I’ve got 30s or so of carryover cooking happening.

Yep, that was 7m for the “jammy” yolk, 8m for the soft but set. (And I don’t add the eggs until after the water comes to a boil.)

(And I don’t add the eggs until after the water comes to a boil.)

I go back and forth. If I’m gonna be in the kitchen, I’ll watch the pot. Honestly, it doesn’t seem to make much difference.

I do not shock mine or even run tap water on them. I like them hot. I hold them in a towel and top them with a knife. From there I scoop them out with a spoon. If I feel like it, I top them neatly with an egg topper and eat them from the shell. Since my wife likes them scooped, out of the shell only happens when I eat alone. 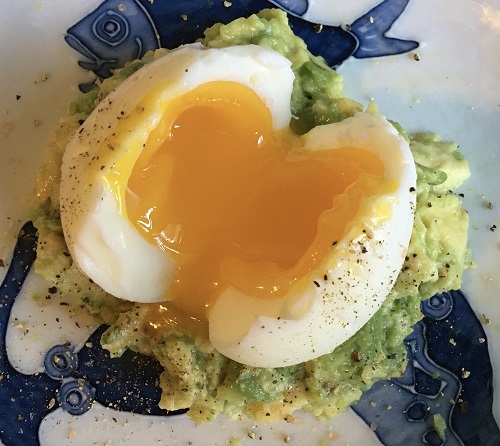 One caveat - peeling the egg took some time. So the egg is more set than it was straight out of the hot water.

That looks great. These are refrigerated? I wonder if I tried 4 min on a room temp egg with your method to have them set just a tad more.

Refrigerated, put in cold water, timed from when it started to boil.

Next egg breakfast will be reported on. Do hold your breath.

What am I, a pearl diver?

Lingua
I have a rule about responding/participating in specific topics, because the idiots abound.
however, you seem genuinely interested…

putting an egg in water-at-the-boil eliminates most-near-all of the uncontrolled variables in cooking a soft/hard boiled eggs.

in the USA, eggs are refrigerated from hen to fork, so my “timing” is not applicable to your situation.

regardless, experiment to find the time where an egg dropped into boiling water produces the white/yolk result you desire.
keep in mind, seasons have temperature changes that will likely affect the starting temperature “counter stored” eggs.

I mean… it’s been pretttttty experimental lately trying to get the damn eggs to where we like them, so thanks for not being shy.

You may breathe again. This is the result using @Saregama’s method. One inch of wooder, bring to boil, add (room temp) eggs, turn down to simmer, take out after 7 min. As you can see, the yolk is far more set than I want it to be, but …look, ma: no spoogy whites! Yay. Obvy, the timing needs to be tweaked more. 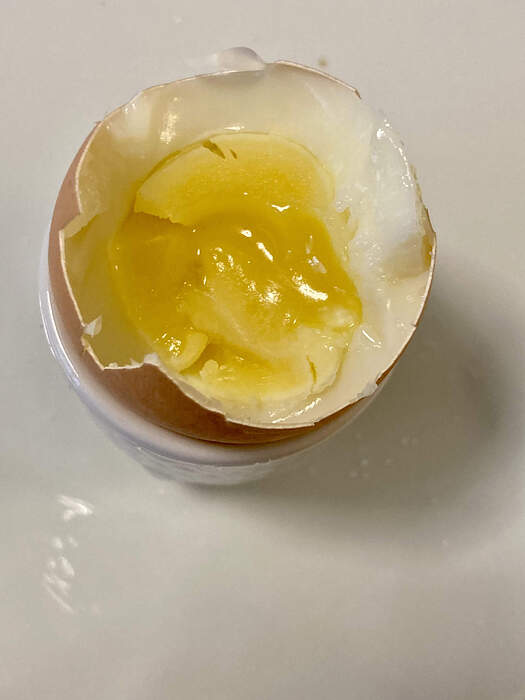 Will try your method next time.

Yeah, 7:00 is too long. For me, that’s a hard-boiled egg. But you’ll find your perfect method. On the upside, all the “failures” are still palatable and don’t take up much room in your gut.

#truth. And thank goodness I loves me some eggs for breakfast

I did 6m yesterday bec I wanted an egg after all the egg talk - yolk was runny when I cut it, set up a bit more by the time I took a pic. White was borderline for my taste, though.

Coincidentally saw a mark bittman post today about my other favorite method (NYTimes) - egg into cold water, bring to a gentle boil, cover and turn off the heat.

At the end of the day, the end result is the same. But I do think the time varies slightly by number of eggs, pot size, heat source, method of cooling, and so on. 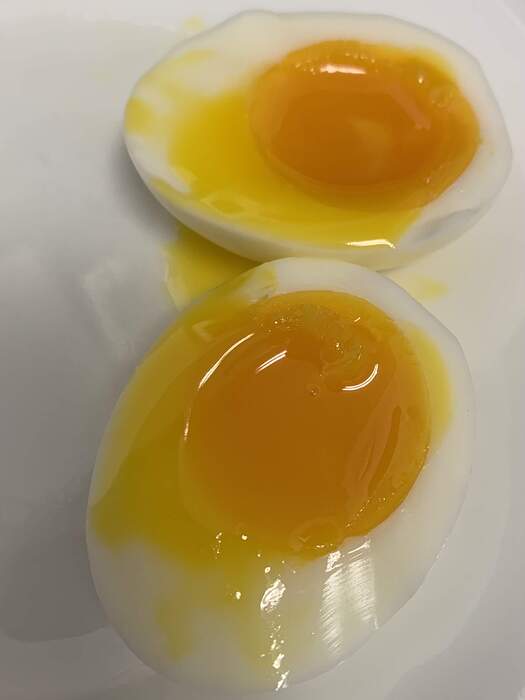 I like to keep all my eggs in one basket…keep all my duck’s (eggs*) in a row.

Okay, in the last 15 years I’ve rarely if ever been able to get a perfect boiled egg. I’ve used EVERY “guaranteed” method. Either the yolk has a green ring around it or the peel wants to take half the white with it. Most annoying, although the Instant Pot method has come closest, but there was a green ring, guess I’ll cook it for a coupla minutes less next time. Anyway, I was going to have fried eggs for breakfast yesterday but didn’t, and when I remembered them the eggs were room temp so I dec…

Here’s my soft-boiled from that thread; steamed for 8 minutes. I think one was same day, the others peeled after two days. 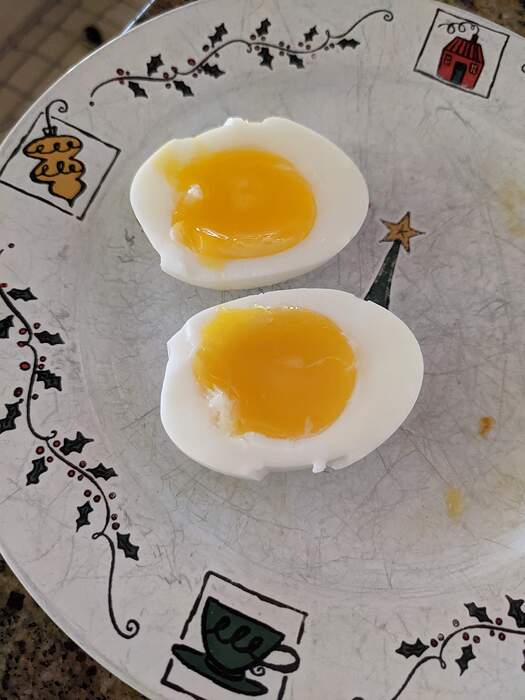 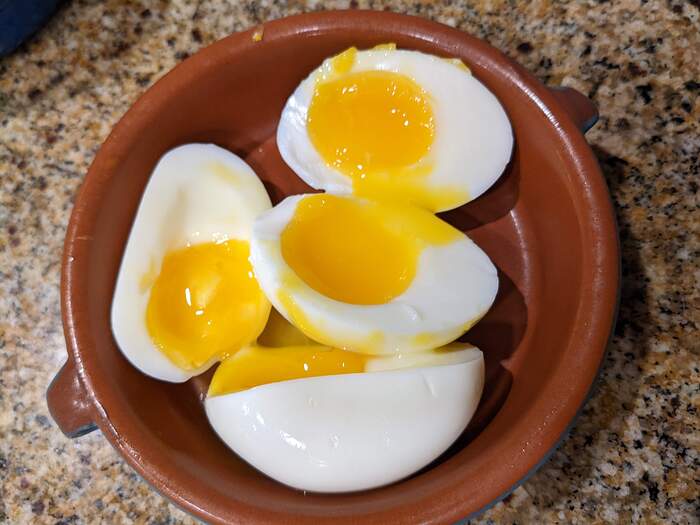 *P.S. someone in the neighborhood is offering chicken and duck eggs! Anyone boiling those?

Another victim to the power of suggestion, I had a five and a half minute egg, set white and runny yolk, with an English muffin.

Yep, me too. I had a 6 minute large egg, from the fridge, perfectly set white, runny yolk. Bacon soldiers. I have been using the “prick large end with push pin, drop in boiling water for however minutes I want for runnyness/firmness, shock in ice water just long enough to handle.” I haven’t had a failure yet.

Hmmm. I’ve been poking both ends. Only the bottom?