We have an event in San Diego in the spring, but have to fly into LAX on the way there. We lived in LA a long time and know the best dim sum is in San Gabriel. However, we can’t afford the time sink of driving from LAX to SGV and then down to SD. So please help me locate a good dim sum place on the west side. Preferably no farther east than mid-Wilshire, and no further north than Hollywood Blvd. Or tell me there is none such and I’ll come up with a different plan. Our teen loves dim sum, so that’s the top choice. Either carts or menu is fine. However, I’d avoid the places with osetra and gold leaf on their shui mai, as one could find in a couple Brentwood-y and Bev Hills places 2 decades ago.

capital seafood on la cienega just north of wilshire, service hours are like 11-3 or so weekdays, 10 am weekends. it’s good. no carts but pretty thorough menu of dim sum. It’s a branch of a spot in SGV.

For those that don’t feel like schlepping to the SGV for dim sum (kids travel even less well than take out chinese food) but still enjoy some of the good stuff, Capital Seafood on 50 N. La Cienega might be just the ticket. They have lunch specials and all things considered it’s not uber expensive. Of course they also have the high ticket items like lobster fish crab peking duck etc etc, and a full bar. Pretty extensive dim sum menu served until the early afternoon. [image] [image] [image] … 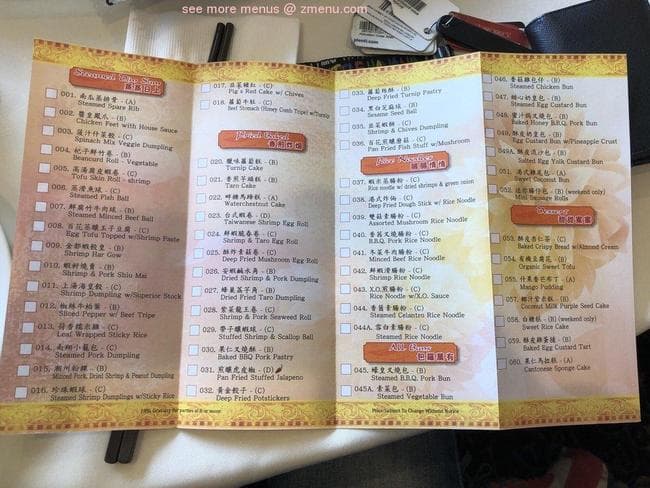 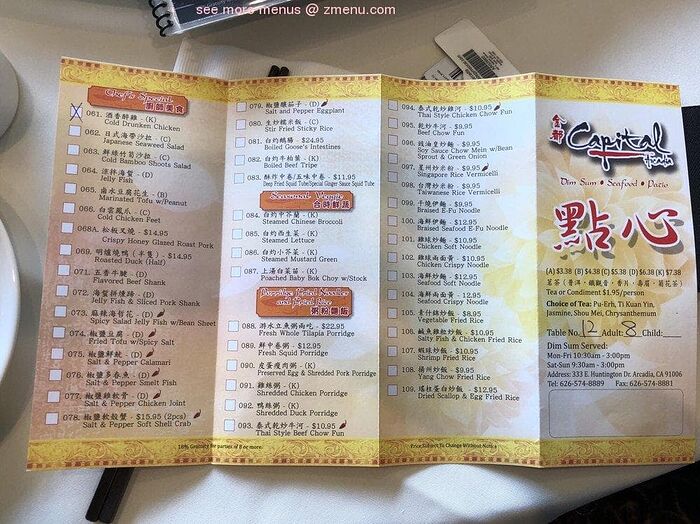 As chienrouge suggested, Capital Seafood in Beverly Hills is your best bet.

It’s still a trek from LAX, but it’s significantly better than anything closer to LAX / 405 fwy (like Iron Tea Pot or the Palace Seafood).

Having lived in LA for 12 yrs but raised our babe in WA, we will probably be eager to drive all over and show him “our places” and will have to temper that urge with the understanding that the time to get around town is far vaster than it is for us here in our little hamlet. So we may be doing some schlepping anyhow.

At least you can drive right up la cienega from lax to Capital, ez peasy.

What are your other places?

You’ll laugh at how widespread they are. Santa Monica promenade, SM airport to watch the planes up and down, Venice boardwalk and canals, Huntington gardens in San Marino, Old Town Pasadena, McCarthur park, Abbott Kinney, Playa del Rey beach, Marina del Rey park. So many. Too many to recall. Certainly too many to hit in one day.

Well, if you’re going way out there, might as well hit up SGV for real dim sum.

Or at least Lunasia in Old Town Pasadena.

Cool! My kids loved the airport museum in santa monica when they were small. Still love Venice and Huntington. 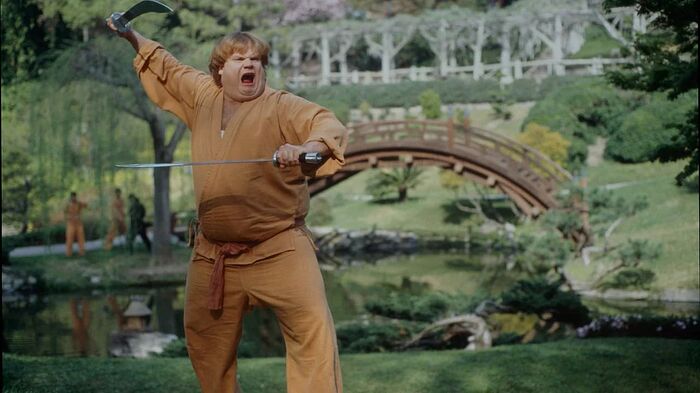 I know. If you’re driving an hour, why not an hour and a half. We probably won’t. I think that’s the fantasy part of all of this…

If you’re driving an hour, why not an hour and a half.

But Lunasia is in Old Town Pasadena … 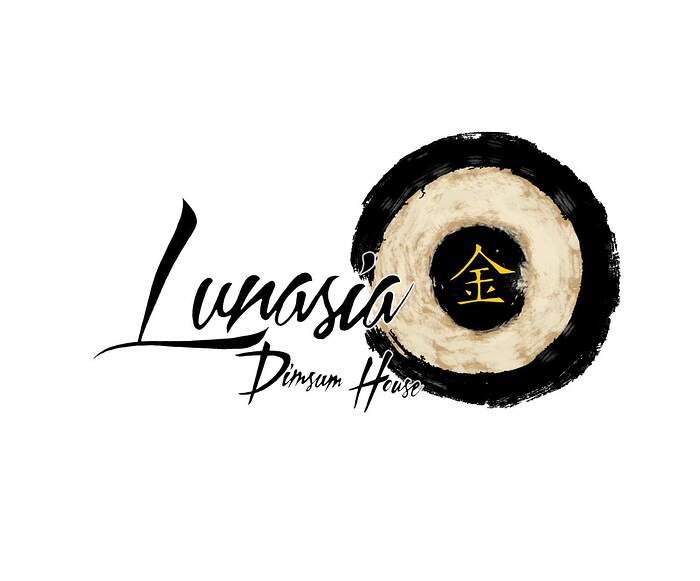 There’s now also a Lunasia in Torrance at Crenshaw and PCH inside the shopping center.

How is Sea Empress in Gardena? Never been, but it always seems busy.

could be a better bet heading down to san diego.

personally i think lunasia is the gold standard for har gow in these parts and i like their crab buns too. cool about that new location.

could be a better bet heading down to san diego

Not unless they serve dim sum all day. We were planning on spending the day in LA and heading south after dinner, so the dim sum was going to be lunch.

You’re doing yourself a disservice if you drive from LA to SD for dim sum.

Right, that’s not the plan. Land in LAX, spend the day there, including a dim sum lunch, then go to SD after dinner. I was responding to the idea that I go to Torrance for dim sum because it’s on the way to SD. But that means only lunch in LA, instead of all day.

Another option depending on your schedule is Tim Ho Wan off the 405 in Orange County on your way down to SD. They serve dim sum the whole day/night.

Not if you’ve been to the one in Olympian City, Hong Kong

I’d say a 6 out of 10. About average dim sum. The menu isn’t extensive and I’d rather eat at Capital or J.Zhou or Viet/Chinese dim sum at Seafood Cove. And the atmosphere is very tame. But it hits the dim sum craving spot and it’ll be likely your only option along the 405 for all day dim sum.

There’s also Din thai fung for dumplings which often is a good alternative for dim-sum adjacent food. I’d prefer this over anything. Also near the 405.