Does such a pan, the one pan that literally does it all, exist? I do not believe that it does, more because certain techniques require disparate attributes. Browning proteins for a stew or sautéing. If so, you want enough floor space that pieces do not crowd and steam. Making a braise? If so, you want a pan that is not too large.

Well then…if the true fait tout does not exist, what comes the closest? In my belief it is a stainless lined heavy copper rondeau, even though many French kitchens refer to a Windsor as a fait tout. Obviously heavy copper will provide marvelous responsiveness. The stainless lining will stand up to high heat searing better than traditional tin. N.b., I am not saying I cannot make an excellent steak in a tinned sauté or poele.

What, if any, pan comes closest for you? Do you have one you could reach for to make most anything? What is it? I do not have such a pan. The rondeau and the Windsor or its cousin, the evasee, are the two most noticeable gaps in my batterie.

I think we’ve covered this elsewhere, so I’ll give the same response here as I did there: Calphalon Chef’s Pan. 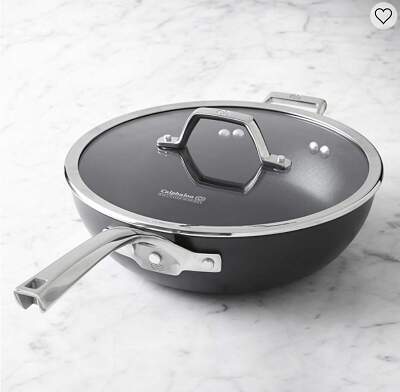 (except I called it an Analon pan on the other thread).

In my belief it is a stainless lined heavy copper rondeau

As alluded to in another thread, for me it is this indeed. My 24 cm Mauviel stainless steel lined 2.3mm thick copper saute pan. Heck, if needed I’d be happy to make creme anglaise in it!

I’ve also used it to fry a steak.

Thinking out loud, I don’t think there is any dish I cannot make with it. Large amounts I can do in batches, and for small amounts I can just tilt the pan. The only thing that wouldn’t work is making stock.

I don’t buy pans. I make them all at home by hand.

Are you a farrier too?
You could make a good living out here in the wild west!

I don’t buy horses either.

Ten minutes, tops, right? Once you streamline the smelting and hammering.

It works on induction:

When I went “induction,” I said good bye to my feather weight Revere wear–and narrowed my focus away from aluminum. That left me with cladding, cast iron, and nostalgia for pans I could easily lift and move around. All Clad alternatives seemed easiest and ergonomic–and I could get bargains on EBAY. They also were presented in non metric measures I could understand–and they were here in the United States. I could call them if I had a question. But they were awfully “industrial” in appearanc…

This can be a confusing question.

First, let’s prune away the unhelpful nomenclature. ‘Fait tout’ holds the meaning(s) we attach to it, and unfortunately those meanings are several and different. Pan shape-wise, some cooks mean an oven. Others mean a splayed shape like a Windsor, sauteuse evassee, or the current crop of “everyday” or “chef’s” pans. Another example is a “Russe”–to some chefs, it’s a taller saucepan or milk pan; to others, it’s just any saucepan.

Next, the whole concept of “does all” is bankrupt in a functional sense. No one shape or geometry can possibly do everything. Crepes in a couscousier?

Still, it’s a fair question to ask what one shape/size/construction does the MOST the best (or the least the WORST). This usually devolves to asking what’s most versatile, which is also what most people are pondering when they ask after the last pan they’d sell, or which would be their “desert island” pan.

For me, the most versatile pan would be a rondeau. And if I’m marooned by myself, it might be a smallish Pommes Ana, because the top serves as a second, shallower pan. But I still wouldn’t be happy making stock in it.

I have a similar one, with a steamer insert, that does a lot of things, but not all the things. 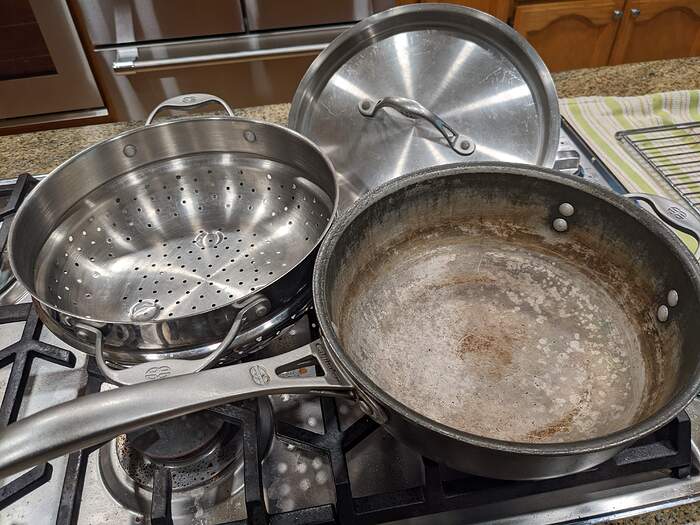 I don’t think I would choose to sear a steak in it.

I think this thread is different and I’m interested in reading and discussing more.

I’m surprising myself because it use to be a SS saute pan with lid.
Now it is a Kuradori nonstick Wok.
Not sure what the heck is going on because I’m usually repelled by non stick not attracted to it ! 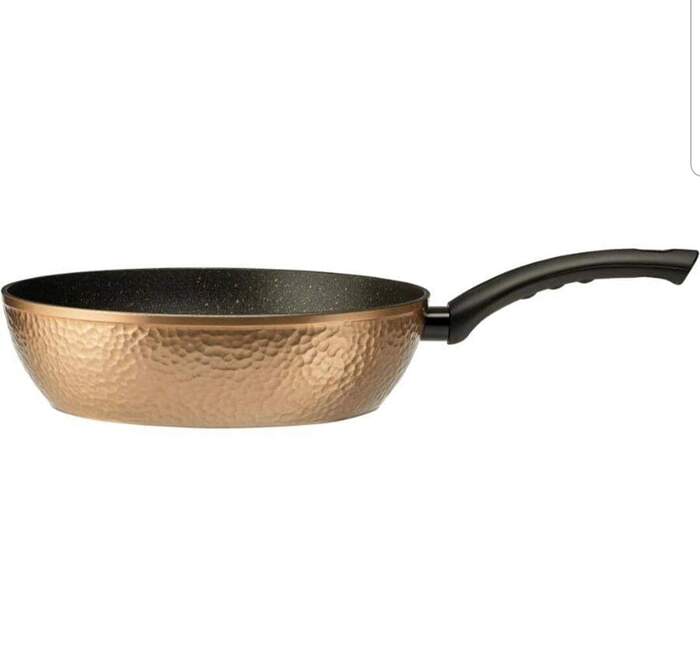 I do a lot of stir-frying and zero searing of steaks, so I need those sloping sides.

This is a wok?

It’s considered a flat bottomed wok, I was surprised as well.

Not that the name affects its utility, but it’s not what I think of as a wok. The maker may call it such, but IMO doing so cheapens the traditional meaning and distinctions.

I know that a base of a wok is 2 mm and this one is 3.2 mm.
I originally thought that it was a fry pan with a wok type look with the curved edge sides.
I’m just calling it that because that is what the company decided to call it.
Also if anyone wants to look it up then they are able to find the right one.

Not every cook uses a pan (or pans) the same way. A Chinese cook, for example, will stir fry, but a typical “American” style cook will most likely not. On the other hand, a Chinese or most Asian cooks will never have use for an oven safe pan (or dutch oven) or even a griddle.

So, like many things in life, it just depends. And in this case depends on what you mean by “tout” because no one really – in theory or practice – does everything.