And immediately it appears my choice of vocabulary is not mine alone: https://www.reddit.com/r/food/comments/fbe86r/homemade_pepperjack_frittata/

Which leads to the next question: is matzo brei a frittata or something else? 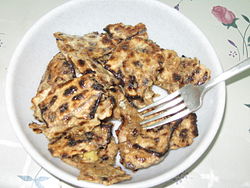 OK, here’s my European take on the question.

An omelette (note difference in spelling - we use the French) is eggs and seasoning only, that may be folded round a filling. Inherently, the egg part is thinnish. Such a beast was today’s lunch, folded round mushrooms and served with the remnants of a supermarket bag of mixed salad leaves.

If you want to mix things into the egg, whilst it cooks, it is a thicker frittata or tortilla. The differences here, at least in this house, is that “things” going in to a tortilla will be just onion and potato and it’s flipped to finish cooking. Whereas a frittata can have any sort of “things” mixed in(leftover steamed grated root veg is a personal favourite) and it’s finished by the pan being put under the grill.

By the by, this house has a tradition with tortilla that replicates the first time we ever ate one - cooked by the Spanish brother in law. Part of the tradition is that it must be large enough for there to be leftovers to eat cold next day. And, second, it is accompanied by salad - nothing more than chunks of lettuce, onion and tomato with a dressing of oil & wine vinegar (or lemon), enhanced by a few shakes of Tabasco.

As for matzah brei, I had not come across that before. Unsurprising , as Wikipedia tells me it’s a North American creation. I really wouldnt know what to call it. My only experience of a dish combining bread and eggs is called an egg sandwich.

I’m going with matzo brei being in a category of its own. Taxonomists, by all means feel free to disagree.

I was only introduced to this dish in the past few years. Such a handy prep!

I’m going with matzo brei being in a category of its own. Taxonomists, by all means feel free to disagree.

I was only introduced to this dish in the past few years. Such a handy prep!

Matzo brei (very non-traditional prep for me) is a comfort food but frittata is not so I’m predisposed to a category of its own. I too will defer to taxonomists. Since it is new to you Denise @tomatotomato I will offer a few thoughts. The presoak is of limited utility unless you want the pancake style. Pretty much anything you could put in a frittata you can put in matzo brei: onions, garlic, tomato (go easy), mushrooms, bell peppers, diced ham (yes, yes, I know), cheese (again go easy so you don’t overwhelm the matzo). Lox or other smoked salmon does better as a topping than a component in which case capers are nice also. Olives. Hot sauce.

Aha, how did you know that sometimes I enjoy matzo brei as a substitute for French toast? With real maple syrup, of course. Now I know what tomorrow’s breakfast has to be.

Not always. That’s the style my grandmother (a horrid cook) did. Keeping it moving in the pan is much more pleasant.

. Since it is new to you Denise @tomatotomato I will offer a few thoughts.

It’s totally syrup friendly. Also apple sauce. Especially if you make it like I do, with oil instead of schmaltz.

Once there’s anything involving ground up wheat in the mix, and it’s cooked in a pan, and the result is flat, what you have is a pancake.

Matzoh brei could fall into frittata or scrambled eggs depending. That seems to be the noise I’ve heard on the matter.

I use these as a base for my cheat quick-fix version of migas, which I also enjoy.

This thread makes me realize that I’m a fan of eggs + carb combos. 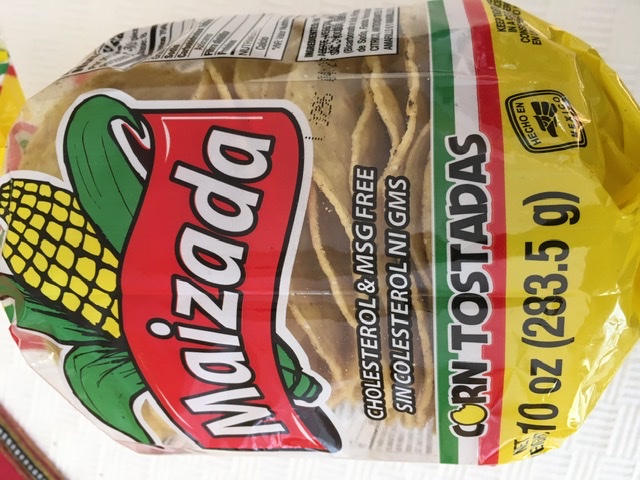 And then there is simple egg vocabulary, such as the morning exchange between a mother and a visiting 6 year old neighbor who was one of 10 children:

“Freddy, how would you like your eggs?”
“Yes.”
“Yes what?”
“Yes please.”
No, Freddy, how do you want them cooked? Boiled, fried, scrambled?"
Freddy was completely baffled. Eggs, to him, meant scrambled as he had never seen them another way. Cooking for 12 people might lead to that kind of narrow definition.

It might be something you’ve not heard of if you don’t know many Jews because this isn’t really restaurant food.
That said, it may be more your perspective as a Brit, Or perhaps as friends with theJews who saw this as treyf for Pesach (a dispute that exists) since variations are not unknown to Jews on this side of the Atlantic. It is an Ashkenazi dish, after all.

It is an Ashkenazi dish, after all.

Although many of the original Jewish immigrants to my area, in the late 1700s and early 1800s, were Sephardic, the majority group of immigrants, later in the 19th century, were Ashkenazi. Neither group have left much of an impact on the local general food culture, in spite of the metro area being home to the UK’s second largest Jewish community ( about 25k people).

…or Shakshouka. What is that? Soup?